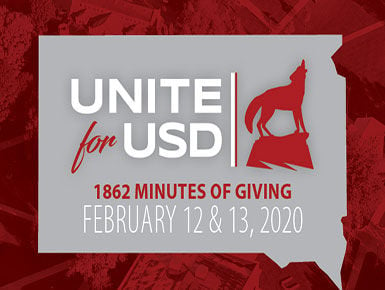 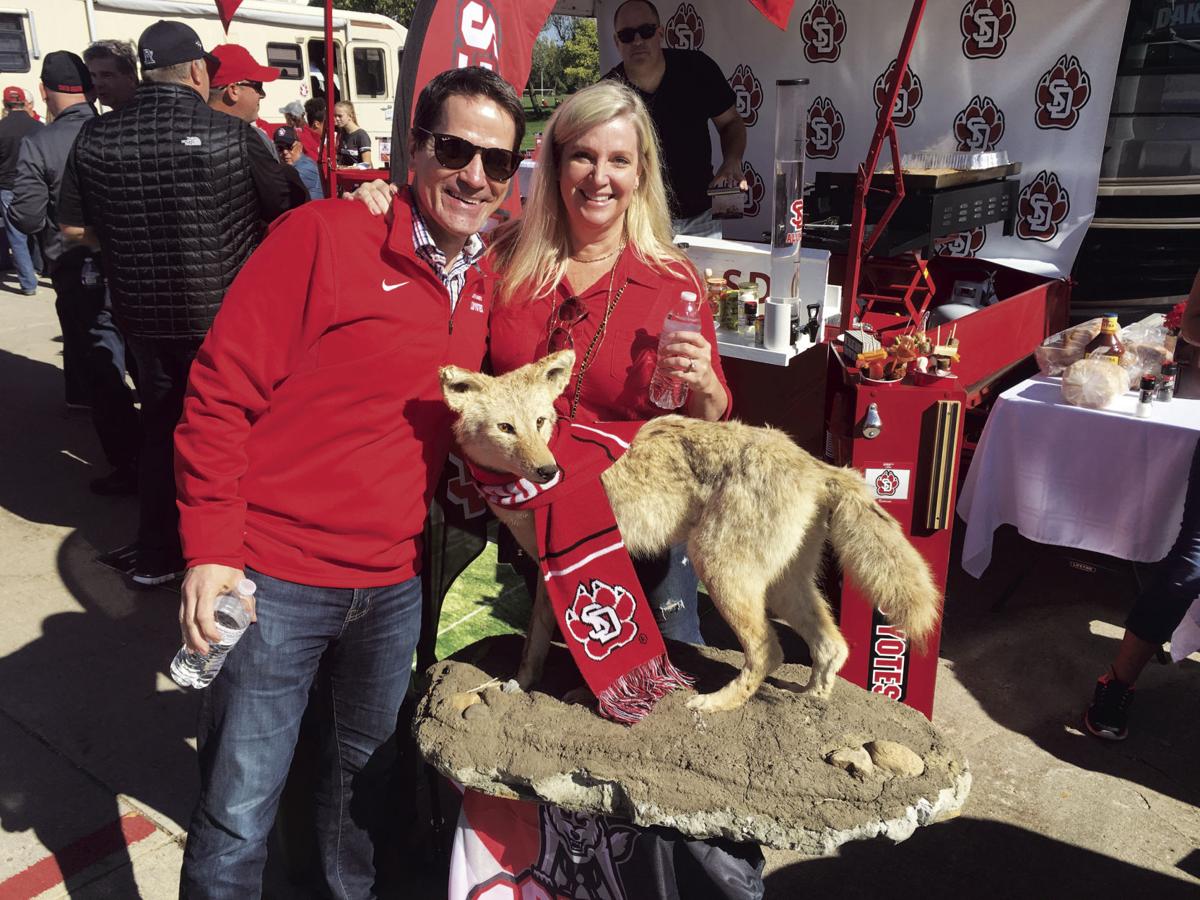 It’s a moment that University of South Dakota President Sheila Gestring was longing for.

“It will begin 1,862 minutes of the USD community coming together to support the university,” she said.

That moment marked the start of the second annual Unite for USD event on the university campus.

“It will involve the local USD community as well as have a global reach so we’re really excited about it,” Gestring said in a phone interview Tuesday, before the event’s start.

Unite for USD, according to a university press release, is an online and on-campus event “designed to unite all members of the Coyote community in support of high-impact programs on campus. In recognition of 1862, the year USD was founded, the giving day will span for 1,862 minutes from Feb. 12 at 10:57 a.m. to Feb. 13 at 6 p.m.”

Unite for USD’s purpose, Gestring said Tuesday, was “to engage the whole University of South Dakota community in an effort to support some important initiatives at the university. One in particular that I know a lot of people are talking about will be revealed tomorrow (Wednesday).”

That initiative, she said, that is receiving strong support from the Student Government Association, will be known as Charlie’s Cupboard.

“It’s an extension of the Vermillion community’s Food Pantry, because there are nationally over 40 percent of students that experience food insecurity over the course of a month,” Gestring said. “With college and college coursework being stressful, we’d like to remove other stressors like food insecurity. If we can have Charlie’s Cupboard so students don’t have to experience that or they don’t have to make a choice between breakfast and toothpaste, then I think we do a great service to our students with that particular initiative.”

If these statistics are applied to USD students living on campus, 2,420 would have experienced food insecurity in the previous month and more than 3,000 in the previous year, according to information from USD’s University Relations office.

Additionally, nearly one-third of incoming USD students are from low-income or first-generation backgrounds. Ten percent of Feeding American participants are college students and nearly 1 in 4 households must choose between paying for food and paying for school loans, tuition, and educational expenses, according to Feeding South Dakota.

“Our plan is to open Charlie’s Cupboard in the fall of 2020. It will be located very close to the North Complex in what is currently called the Temporary Student Center – it served as the student center while the MUC (Muenster University Center) was being constructed,” Gestring said. “It used to be the Continuing Education Building.”

Another example of the initiatives that Unite for USD will help support, she said, is the Coyote Legacy Scholarship Program.

“It is a $1,000 award to a South Dakota resident who has USD alum in their family,” Gestring said.

She noted that Joel and Kari Portice, who have a great history of engagement with the university, have issued a challenge related to the Legacy Scholarship.

“Joel and Kari Portice are strong supporters and have a strong bond with USD and have put out a $10,000 challenge grant to generate interest from all of the alum who are out there who might be outside of the borders of South Dakota but still have the University of South Dakota near and dear to their heart,” Gestring said.

The couple’s challenge grant, Gestring said, will provide a dollar for dollar match during Unite for USD in support of the Legacy Scholarship.

The board of directors for the USD Alumni Association, in collaboration with the USD Office of Admissions and USD Foundation, initiated the Coyote Legacy Scholarship Program a few years ago, which provided 59 South Dakota “legacy” students of the 2018 freshmen class with $1,000 scholarships.

As those 1,862 minutes began ticking away Wednesday, a multi-faceted effort began, she said, to connect with alumni and other friends of the university.

“We have a number of different methods of reaching out to people. We will have a command center in the MUC and we will have pop-up command centers,” Gestring said. “We will be going out to buildings like the Al Neuharth Center, the school of education, the new Sanford Coyote Sports Center and then, also, we have a very strong network of social ambassadors.

“Those individuals will reach out to all of their contacts, all of the people that they know through various social media methods like Twitter and getting that word out,” she said.

The first Unite for USD was held during Gestring’s inauguration as USD’s president last year. On February 12 and 13, 2019, the event was introduced on the university campus to help mark a new era of leadership at the university.

Unite for USD was part of the inauguration week activities recognizing Gestring, the 18th president of USD. In recognition of 1862, the year USD was founded, Unite for USD lasted for 1,862 minutes last year and will again this week.

“There was a significant amount of excitement and obviously very important dollars were raised (in 2019), so we plan to make this an annual event going forward to have an opportunity to support some of those initiatives like Charlie’s Cupboard into the future,” Gestring said.

She said she is hopeful that this week’s Unite for USD event will raise more funds than last year, when it was first introduced.

“I have my goal, but I probably won’t disclose that,” she said with a laugh. “We’re always looking to build on past successes and keep moving and going forward.

“It’s really an effort to reach out across the entire USD community. Every gift matters regardless of size,” Gestring said. “We want this to be a time where everybody has an opportunity to come together and support the university that they love.”