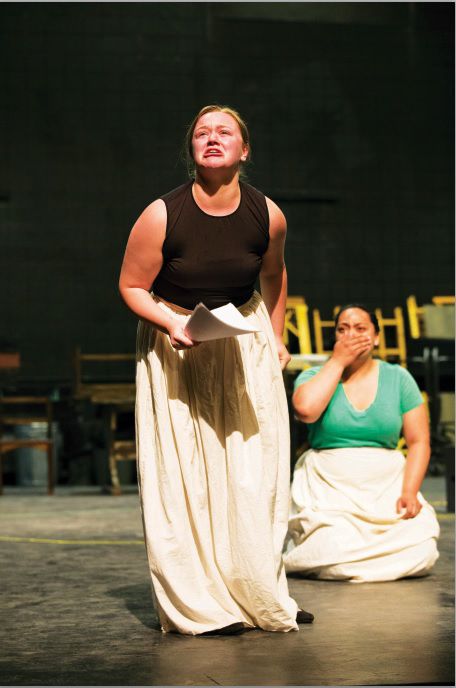 Pictured are Rachel Smith and Anaseini Katoa (L-R) as Queen Elizabeth and the Duchess of York. 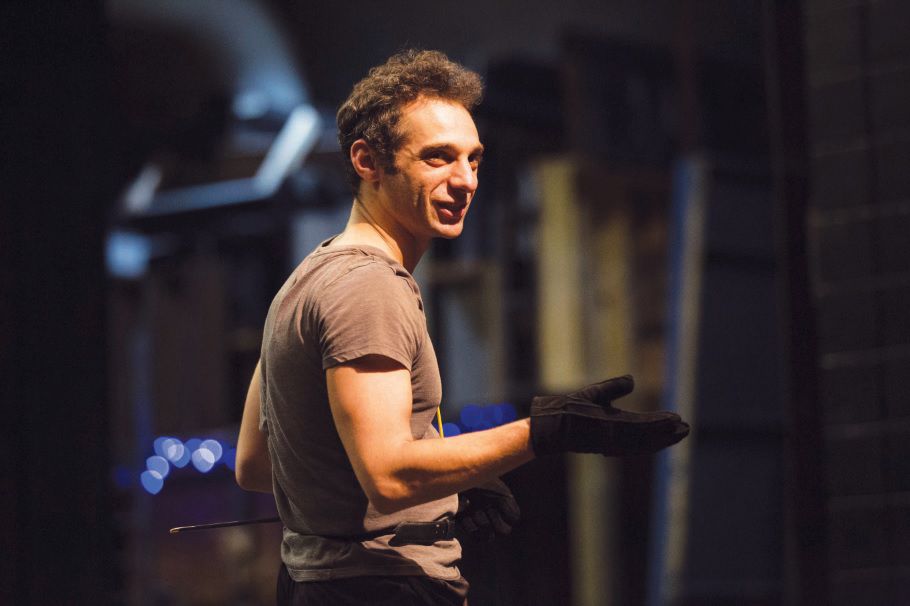 Pictured are Rachel Smith and Anaseini Katoa (L-R) as Queen Elizabeth and the Duchess of York.

The South Dakota Shakespeare Festival (SDSF) is thrilled to present their first history play, “Richard III,” June 7-10, in Vermillion’s beautiful Prentis Park. In this gripping tale of political intrigue, Richard, Duke of Gloucester, entices us to join him on his treacherous climb to political power. In keeping with the SDSF’s mission of accessibility, all performances and programs are free and open to the public. “Free Will” donations are encouraged.

At the helm is director Kate Powers, whose directing career includes extensive work in New York and around the country. She is also a Drama League Directing Fellow and a Fulbright Scholar in Shakespeare.

Powers stresses two key elements that were important to her approach to this play. The first is gender equity.

“In the theatre, particularly with Shakespeare, that often looks like fifteen male roles and maybe three speaking roles for women,” she said. “So I said let’s just cast the right actor for the role, regardless of gender identification, and let’s see what we learn by allowing different voices to say some of these words.”

Powers also knows how to make the play for 21st-century attention spans.

“The other thing about Richard is that uncut it’s 3,800 lines long—that’s almost four hours of Shakespeare. That’s at least an hour and a half more of Shakespeare than I want on a summer evening,” she said. “So as I was preparing the text for rehearsal, I was mindful of how do we tell this story, how do we get to see who all these characters are, but also keep it moving. So I did a fairly substantial cut.”

Heading the cast in the title role is Jeff Raab. SDSF audiences will remember him from last year’s “The Comedy of Errors” as Dromio of Syracuse. Here he takes on a decidedly more sinister role as the Duke of Gloucester, the power-hungry villain who will stop at nothing to ascend the throne of England.

He also woos the audience along the way, using Shakespeare’s incredibly vivid language and by speaking directly to them: somehow he makes audiences love him for his villainy.

“I think he’s one of those great villain characters, almost like a horror character, like Freddy Krueger. And if you like Game of Thrones, then Richard III is for you!” Raab said.

Richard III is one of Shakespeare’s most accessible plays for contemporary audiences, who will see modern parallels in the machinations and unbridled lust for power in the title character, as well as in the two forever-at-war factions of the Houses of York and Lancaster.

Ironically, while Richard the character has only contempt for women, Richard the play offers some of the richest female parts Shakespeare ever wrote. There are few other plays in his canon that have such meaty roles for actresses to sink their teeth into.

“We have this big play that’s the end of this giant war, this familial war that’s been going on for over thirty years,” said that’s literally torn the families apart” said Katherine Tuminelly, who plays Queen Margaret, “and in the time period it’s the men who go off to war and the women are left at home essentially to lose their families. And I find the scene between the three women to be so fascinating: they are emotionally destroyed because of war and because their children have been slaughtered, and I think it’s what makes the play stand out from Shakespeare’s other tragedies.”

Performances take place at 7 p.m. June 7-9 and at 4 p.m. June 10, in Vermillion’s Prentis Park. In addition, one hour before each performance of this full-length Shakespeare production, the Festival will feature live music and vending of food and beverages in Prentis Park.

Arts workshops for youth (ages 8-18) are offered on Thursday, June 7. Advance registration for workshops is recommended through the Vermillion Public Library.

A special Scholars in Conversation event, hosted by USD’s College of Arts and Sciences, will take place at 3 p.m. on Saturday, June 9 in Prentis Park. Join Brett Gamboa (Dartmouth College) and Darlene Farabee (University of South Dakota) as they key you in on some of the secrets of this great play.

On Sunday, June 10, following the 4 p.m. matinee performance, audiences are invited to stay for a discussion and talk-back with the SDSF artistic company.

SDSF also offers a robust array of outreach programming in the summer and throughout the year. This summer the SDSF is partnering with the Sanford Senior Care Center, Vermillion’s SESDAC, Flandreau Indian School, USD’s Upward Bound, and the Minnehaha Juvenile Detention Center, offering special programming to engage a wider audience base with the benefits and joys of Shakespeare and live theatre.

For more information about “Richard III,” the South Dakota Shakespeare Festival, or to get involved, please visit: www.sdshakespearefestival.org