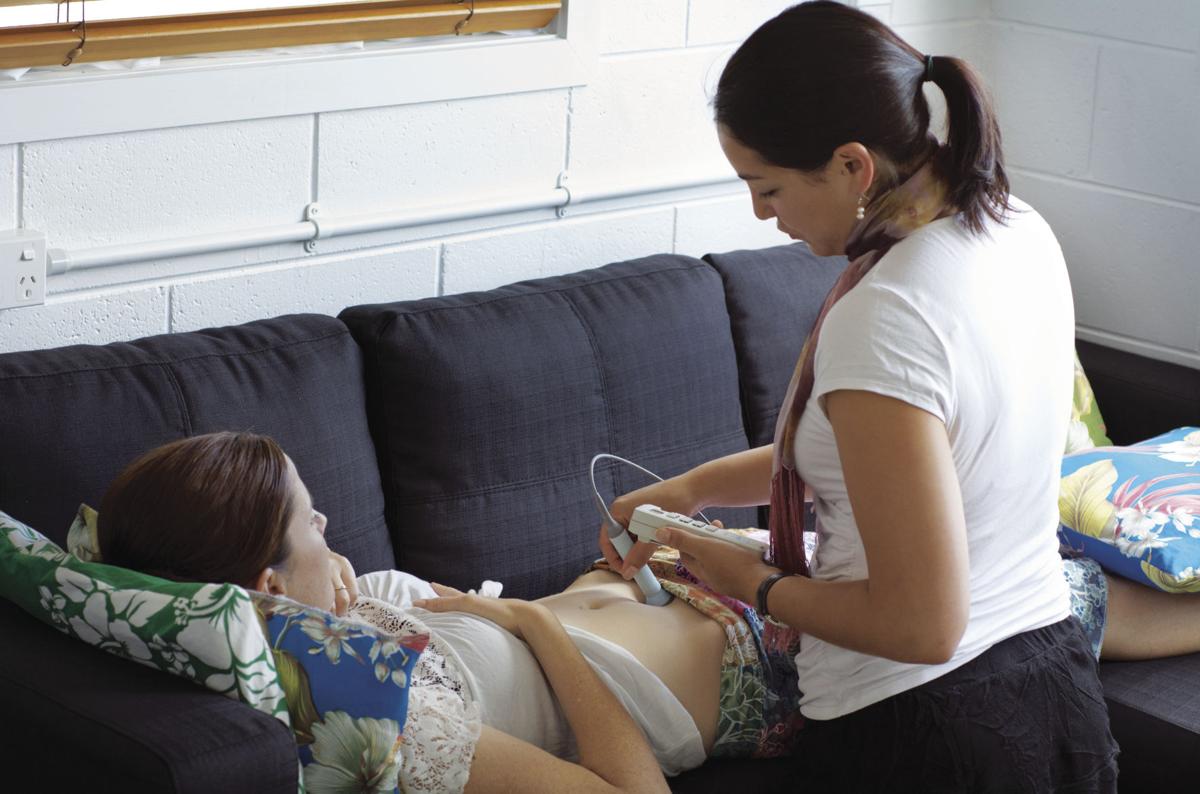 A midwife provides a check-up to an expecting mother in her home. This photo is a stock image with no known connection to residents of South Dakota. 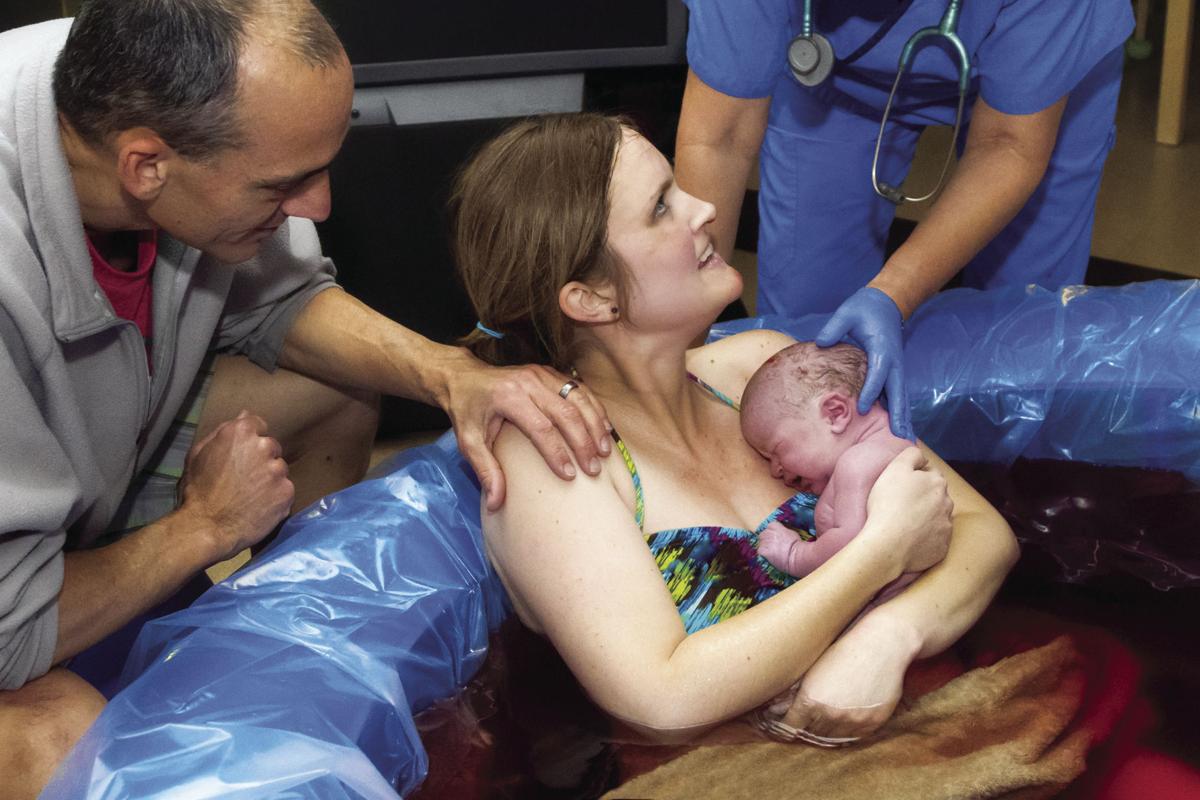 Many home births are "water births" in which the mother is immersed in a pool of warm water to ease the birthing process. This photo taken after a home water birth is a stock image with no known connection to residents of South Dakota.

A midwife provides a check-up to an expecting mother in her home. This photo is a stock image with no known connection to residents of South Dakota.

Many home births are "water births" in which the mother is immersed in a pool of warm water to ease the birthing process. This photo taken after a home water birth is a stock image with no known connection to residents of South Dakota.

Legislation passed in 2017 in South Dakota opened the door to licensing of a new classification of “professional midwives,” who can become certified to perform home births with far less training and education than “nurse midwives” who have been regulated in South Dakota for 40 years.

While midwives with the new professional certification have successfully delivered 10 babies since then (two of whom required transport to a hospital), one top medical official in South Dakota is concerned the new certification may legitimize lay midwives who can put mothers and children at risk.

A main concern is that the new classification of legal midwifery, the Certified Professional Midwife, demands far less education and clinical training than a Certified Nurse Midwife, a classification that requires a nursing degree and which has been regulated in South Dakota since 1979.

Some supporters of home births say CPMs are fully capable of delivering babies safely and that midwives in general create needed birthing options for prospective parents, particularly in rural areas where access to hospitals may be limited. They also note that lay midwives have been working outside the law for years and that at least now they must be certified.

Summerer, a Madison, S.D. surgeon, also noted the discrepancy between the hours of clinical training demanded of Certified Nurse Midwives (1,040 hours) versus Certified Professional Midwives (about 50 hours depending on the program) before they can deliver babies independently.

“It is very clear that their training is inadequate and it’s putting two people at risk: the mother and the child,” he said. “We still think it is unsafe that the state would sanction something that is so risky for our residents in the state.”

The rate of home births has been rising in South Dakota and across the country, and is much higher among Native Americans.

The 2017 CPM law was passed in South Dakota after more than a decade of effort by midwifery supporters and lobbyists to legitimize the practice of home births assisted by lay midwives, which they argued was occurring regardless of the law and thus should be brought under state control to ensure safety.

Per state law, a CPM is responsible for “the management and care of the low-risk mother-baby unit in an out-of-hospital setting during pregnancy, labor, delivery and postpartum periods.” CPMs differ from Certified Nurse Midwives (CNMs) in a few regards, chief among them the level of education and training necessary and the location where each can work.

As is the case in many other states, CNMs practicing in South Dakota must undergo a more academically rigorous program than CPMs before certification. CNMs are also registered nurses and typically study nursing for four years in an undergraduate setting before obtaining their master’s degree in nursing after two or three years of further study.

The payoff is greater autonomy and opportunity, as CNMs are free to practice in hospitals, birth centers, clinics, for the Indian Health Service, or to start their own midwifery business. There are 37 active CNMs in South Dakota, according to the state Department of Health.

In the spring of 2019, the state board tasked with regulating home births performed by non-registered nurse midwives began to issue their first CPM licenses in South Dakota.

“We were trying to create the legislative highway for that Certified Professional Midwife to be able to be in practice in the sunshine instead of in the underground,” said Sen. Deb Soholt, R-Sioux Falls, a registered nurse, chair of the Senate Health and Human Services Committee and former president of the South Dakota Nursing Association.

When the law became effective on July 1, 2017, South Dakota became the 32nd state to have a licensing track for CPMs on the books. To date, there are 35 such states. Soholt voted against the bill for years before voting in support in 2017.

“For 20 years I fought against [it],” she said. “Finally I came to the realization that as a senator, if I believe in local control, and I know what it means to have a baby, who am I to say to another family ‘I am going to write your birth process for you?’ Families have the right to self-determination. If those families are willing to take that risk [of home birth], then we need to understand that risk. Let’s create a structure where we can see it.”

The board began issuing licenses in March. So far, just four CPMs and two student CPMs have been licensed in the state, with 10 recorded home births, two of which required transport to a hospital. As the industry begins to inch away from infancy, the safety records remain inconclusive and the bill’s efficacy is up for debate.

Supporters of the CPM licensure law point to some studies depicting a reduced risk of health complications and death for mothers and/or babies in home birth settings as comparable to hospital births. According to the state Department of Health, there have not been any reported deaths during 342 home births recorded since 2014.

In that same period, there have been 60,379 hospital births in the state, with 374 infant deaths, an infant mortality rate of 0.62 percent. The national average for infant mortality in 2017 was 0.58 percent, the CDC said.

Both sides of the issue said the tracking of such rates is difficult because of differences in how hospitals may label a birth. For example, if complications occur during a home birth that require transport to the hospital and the baby is then delivered in the hospital, it is labeled as a hospital birth.

Measurements of the woman’s vital signs, blood work, and results from the 20-week ultrasound are typically part of the assessment. As a result, Summerer said statistics for home births constitute results only for the lowest risk populations.

“I’m not sure that they are really comparing apples to apples,” he said.

Cassie Applegate, R.N., CNM, followed the nursing school route in Colorado before opening Apple Tree Midwifery in Rapid City in 2016. Her job, she said, is to perform the duties of a women’s health nurse practitioner, offering care for women from puberty through menopause.

The breadth of education and scope of practice for CPMs is more limited.

Per state law, CPMs must complete an educational program certified by the Midwifery Education Accreditation Council and receive their certification from the North American Registry of Midwives. They can then apply for a state license.

Typically, the course load for a CPM in training requires students to shadow a licensed CPM as they perform prenatal health assessments and care, home births and postpartum care. CPMs primarily practice in client’s homes and are not allowed to practice in hospitals.

“Our state needs more midwives in any birth setting to give women options and to really reach that access to care which we’re lacking,” she said.

Summerer, however, flipped the argument that women who live far from a hospital are better served by a home birth.

“Those people are probably the most vulnerable in a home delivery because if they are far away from a facility where babies are delivered safely and something goes wrong then they are even further behind the 8-ball as far as getting the appropriate care,” he said. “I get that people want to go to a more natural kind of setting but you just hate to put your child or yourself at risk to make those decisions. We’ve come so far in medicine, it just doesn’t seem like a smart thing to move back.”