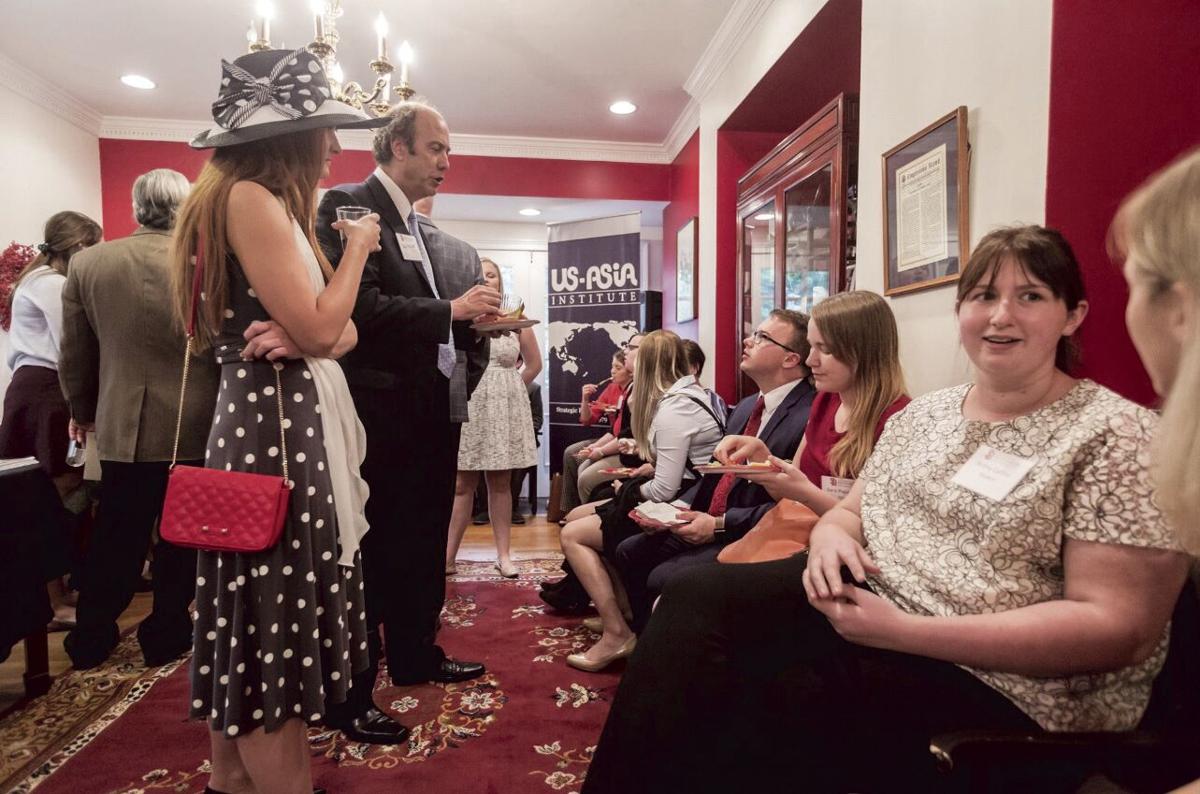 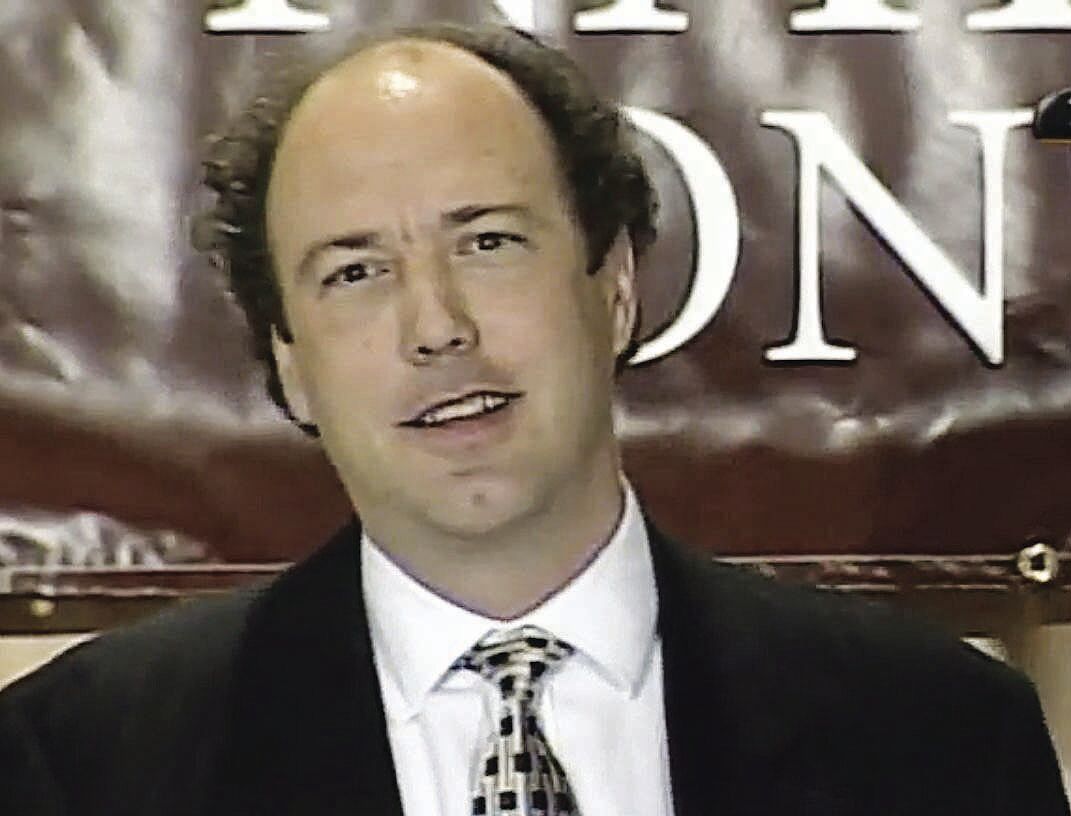 One of the last acts of Donald Trump before the end of his presidency was the Tuesday night pardoning of Vermillion native Paul Erickson and five other South Dakotans.

Erickson made headlines in July 2018 when his Russian girlfriend, Maria Butina, was arrested on charges of conspiring to infiltrate American political groups on behalf of Russia.

In August 2020, was sentenced to seven years in federal prison Monday for crimes not related to Butina’s activities.

According to a statement from the White House press secretary regarding executive grants of clemency released early Wednesday morning, President Trump has issued a full pardon to Erickson and the pardon is supported by Kellyanne Conway, who served as a senior counselor to the president.

The White House statement reads “Mr. Erickson’s conviction was based off the Russian collusion hoax. After finding no grounds to charge him with any crimes with respect to connections with Russia, he was charged with a minor financial crime. Although the Department of Justice sought a lesser sentence, Mr. Erickson was sentenced to 7 years’ imprisonment—nearly double the Department of Justice’s recommended maximum sentence. This pardon helps right the wrongs of what has been revealed to be perhaps the greatest witch hunt in American History.”

In the last 12 hours of his four-year term, President Trump issued 73 pardons and 70 commutations.

Gregory and Deborah Jorgensen of Winner were granted pardons by President Trump, and Martin Jorgensen was given a posthumous pardon.

The Jorgensens were convicted in 1996 for knowingly selling misbranded beef under their premium Dakota Lean brand by mixing in "inferior, commercial beef trim" and sold it as heart-healthy and hormone-free.

The statement from the White House says Frease was 20 when she was convicted after converting stolen checks and negotiating them through the bank where she worked as a teller. She pleaded guilty in 2012 and was sentenced to two years in prison.

John Nystrom of Pierre was pardoned by President Trump and was supported by Noem and Rounds.

The pardon statement says Nystrom was working as a contractor on a school reconstruction project when he learned that a subcontractor was receiving double payments for work performed.

"Mr. Nystrom took full responsibility for this oversight and even tried to pay the (Crow) Creek Tribe, who was paying for the work, restitution before he pled guilty," the pardon statement said. "Mr. Nystrom has since paid his restitution in full. Mr. Nystrom teaches Sunday school and volunteers for the Knights of Columbus and Habitat for Humanity, among other organizations, and has previously served as County Commissioner."

Gov. Noem's office issued a statement late Tuesday night thanking Trump for the pardons of Nystrom, the Jorgensens and Frease.

On Aug. 3, 2020, he appeared before U.S. District Judge Karen Schreier in the U.S. Courthouse in Sioux Falls. She noted, according to a news report in the Sioux Falls Argus Leader, that Erickson had schemed former classmates, family members and even his godmother when she was ill.

Investors swindled by Erickson, according to court documents, include Mark Sanford, a former U.S. representative and governor from South Carolina, Vance Thompson, a well-known ophthalmologist surgeon from Sioux Falls, and Greg Johnson, a childhood friend of Erickson’s who was a co-pastor of Trinity Lutheran Church in Vermillion for several years during the 1990s. Today, Johnson is pastor of a Lutheran church in Brandon.

Erickson, who now resides in Sioux Falls, was originally indicted by a federal grand jury on a total of 11 counts of wire fraud and money laundering in February 2019. He appeared before U.S. Magistrate Judge Mark A. Moreno on Feb. 6, 2019, and pleaded not guilty to the indictment at that time.

“You’re a thief, and you have betrayed your friends and family, pretty much everyone you know,” Schreier said during his Aug. 3, 2020 sentencing appearance.

Clint Sargent, Erickson’s lawyer, argued Monday for Erickson to be confined at home, the Argus Leader reported. While unusual, Sargent said that Erickson had recently undergone a heart valve replacement, putting him at greater risk if he contracts coronavirus.

Jeff Clapper, an assistant U.S. attorney prosecuting the case, resisted the motion, saying the Bureau of Prisons could take appropriate action to screen and protect inmates.

Schreier sided with the government. She said she arrived at the courthouse Monday morning at the same time Erickson did.

“He walked in without a mask,” Schreier said, noting that if Erickson were so concerned with coronavirus, he would have taken the precaution of wearing one.

The Argus Leader noted that the judge, after referring to recent sentences that had been handed down to Tobias Ritesman and Tim Burns, two men prosecuted for defrauding investors in the Global Aquaponics scam in Brookings, announced that she was considering a higher sentence for Erickson.

Ritesman had been sentenced to 108 months in prison and Burns had received a 57-month sentence, and they had defrauded less money than Erickson had. The amount Erickson had defrauded investors, Schreier said, was $5.3 million.

After a recess, the Argus reported that Sargent, Erickson’s attorney made the case for a lighter sentence, pointing to all the letters of support that had been sent to Schreier on Erickson’s behalf. Erickson, Sargent said, was one of the most kind and generous persons that his supporters had met.

Sargent also pointed to Erickson’s achievements in the political world, including working on aid efforts in Afghanistan during the Soviet occupation. Ultimately, Sargent said, Erickson was a victim of hubris and over confidence, which lead him to create business plans that failed.

Erickson told the judge that his “moral judgment failed” in what had been a routine business venture, according to the Argus Leader. He said he failed his faith and investors.

“Everything most precious to me has already been taken,” he said, noting that he had lost his right to vote and bear arms.

Schreier repeatedly questioned Erickson about his business failures, including why he had never bought land for a housing project in the Bakken. Erickson explained those failures as unfortunate.

Clapper argued that Erickson had increasingly evolved over the decades, from establishing the appearance of legitimate businesses to just coming up with schemes that allowed him to cheat people who trusted him. Erickson’s personal guarantees to his investors turned out to be worthless.

“He went from one fraudulent scheme to another,” Clapper said, arguing for a higher sentence.

The Argus Leader reported that Schreier blasted Erickson for all of the victims he had cheated over the years. He used his friendships to bilk people out of their money, abusing his trust.

“The report is just replete with victims,” Schreier said.

Schreier said she was surprised, given the number of victims and amount of money he had cheated, that the pre-sentence report in the case suggested a sentencing range of only 33 to 41 months.

Schreier did give credit to Erickson for pleading guilty and taking responsibility for his crimes before handing down the 84 months sentence. That sentence will be followed with three years of supervised release. A decision on restitution for victims was deferred.

Erickson will be required to report to prison on July 20. Monday's sentencing had been repeatedly postponed because of the coronavirus pandemic.

According to a federal indictment filed in February 2019 with the U.S. District Court in South Dakota, Erickson was active from 1996 to August 2018 in devising schemes to fraudulently obtain money.

The court papers state that Erickson operated several businesses in recent years, including Compass Care, Inc., Investing With Dignity, LLC, and an unnamed venture to develop land in the Bakken oil fields in North Dakota. A grand jury has found that Erickson used these businesses to defraud investors.

He told investors in Compass Care, Inc., for example, that returns on their investment in the company would be repaid within a year. Erickson promised to personally repay investors the original amount they had paid if the returns failed to materialize. He made several other claims about the company that weren’t true.

A grand jury found that Erickson’s business “Investing With Dignity, LLC” was also used to defraud investors. Erickson claimed the company was in the business of developing a wheelchair that allowed people to go to the bathroom without being lifted out of the wheelchair.

He told investors in this company that they would double or triple their original investment in six months to a year.

Erickson also claimed, according to court documents, that he controlled a venture involved with purchasing land in the Bakken oil field areas of North Dakota for the purpose of building single-family residences. He began soliciting potential investors in 2013, frequently telling them falsely that the homes were being built.

The indictment indicates that Erickson conducted wire fraud through interstate wire banking communications involving two Sioux Falls banks and the Federal Reserve Bank in Minneapolis, Minnesota. It lists over 20 examples from April 1999 to May 2017, in which Erickson deposited over $1.2 million to the accounts of his three fraudulent businesses or to his personal account with Wells Fargo Bank.

From October of 2014 through March of 2017, Erickson also made money laundering payments to several individuals which involved the proceeds of his unlawful wire fraud.

Erickson is a 1979 graduate of Vermillion High School who holds a bachelor’s degree from Yale and a law degree from the University of Virginia.

His colorful life prior to his involvement with Butina included working as a top staffer in Pat Buchanan’s 1992 presidential campaign, and serving as an entertainment agent for John Wayne Bobbitt after Bobbitt’s penis was infamously severed in 1993.

Erickson and Butina reportedly met several years ago while she was operating a gun-rights group in Russia and was cultivating connections with American gun-rights activists.

Butina’s activities brought her South Dakota several times. She gave a lecture on the University of South Dakota campus in Vermillion in the spring of 2015. Her address at the university was entitled “The Right To Bear Arms In Russia … Where Neither Currently Exists.”

Butina’s appearance was sponsored by the university’s W.O. Farber Center, The Criminal Justice Club and The Political Science League.

She reportedly visited Yankton several times, as recently as June 2018.

In 2016, Erickson and Butina co-founded a South Dakota-based company named Bridges LLC, according to a February report in the Rapid City Journal. The incorporation papers say nothing about the company’s purpose.

Butina spent nearly half of 2018 in federal custody.

She took a plea deal and pleaded guilty Dec. 13, 2018 in Washington, D.C. She acknowledged conspiring with a Russian official and someone else described as “U.S. Person 1” to infiltrate and influence American political groups on behalf of Russia, without required registration as a foreign agent.

“U.S. Person 1” is widely believed to be Erickson.

In October 2019, Butina was released from a Florida prison after serving most of her 18-month sentence for conspiring to influence U.S. conservative activists and infiltrate the National Rifle Association and taken into custody by immigration officials to be deported to Russia.