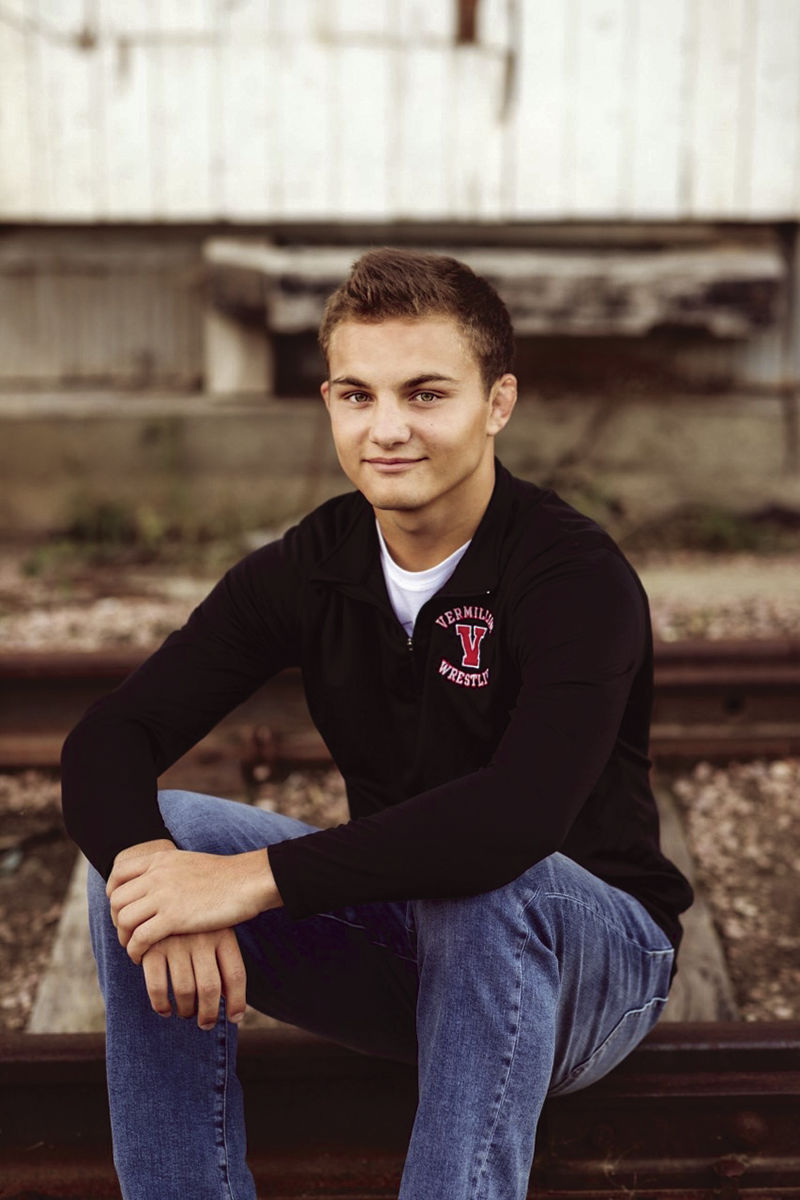 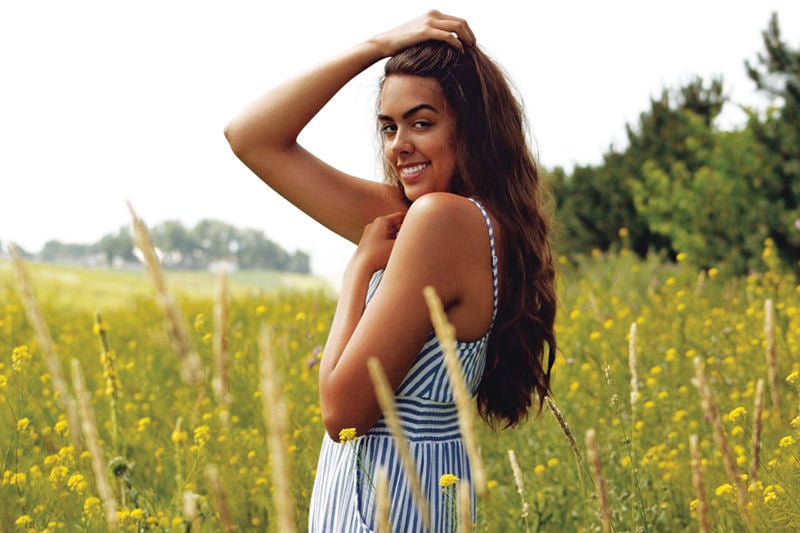 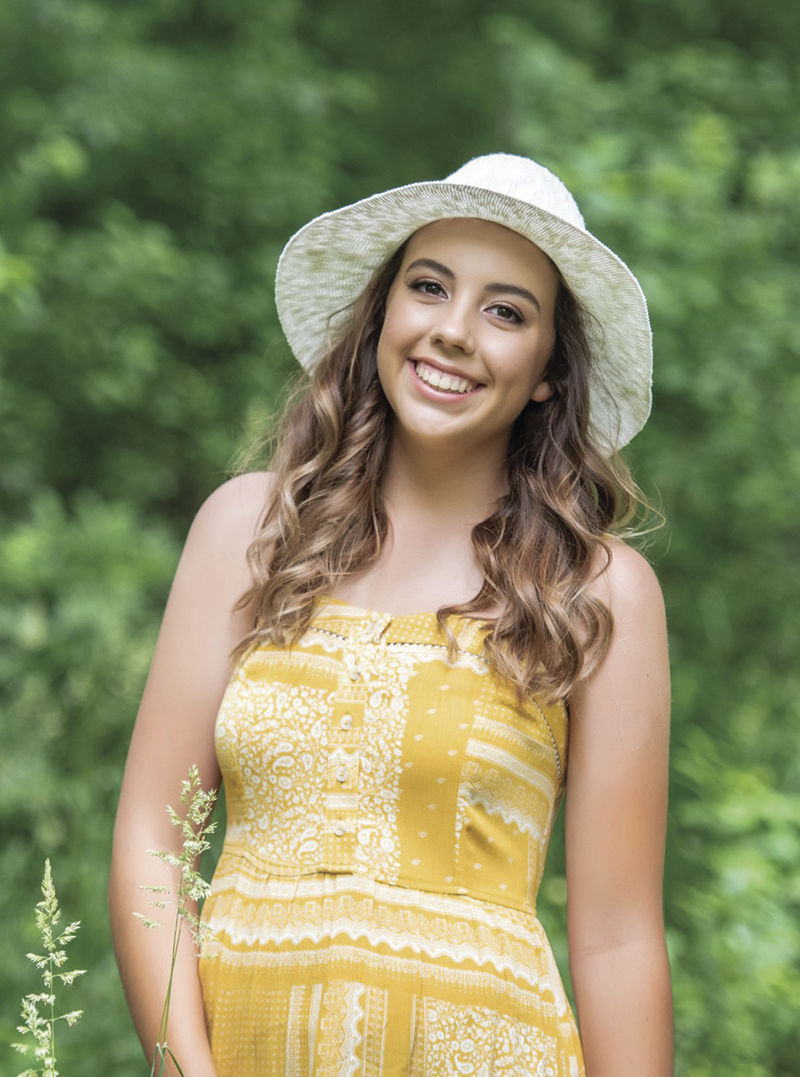 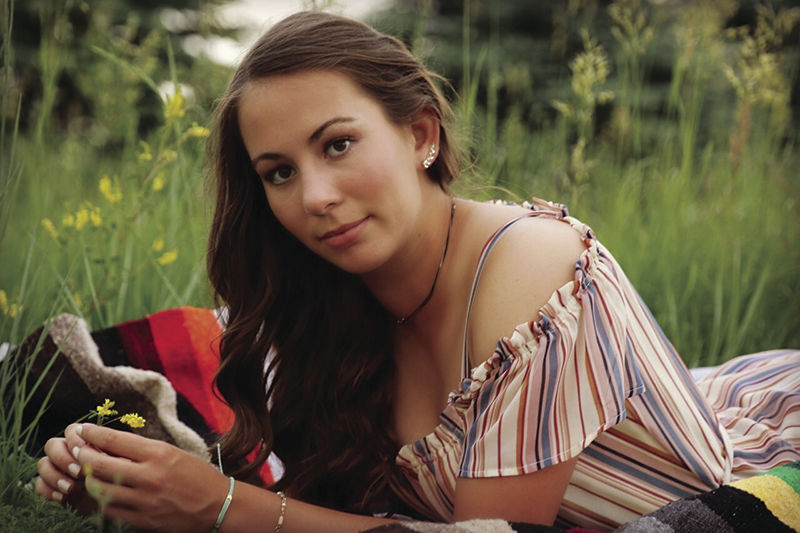 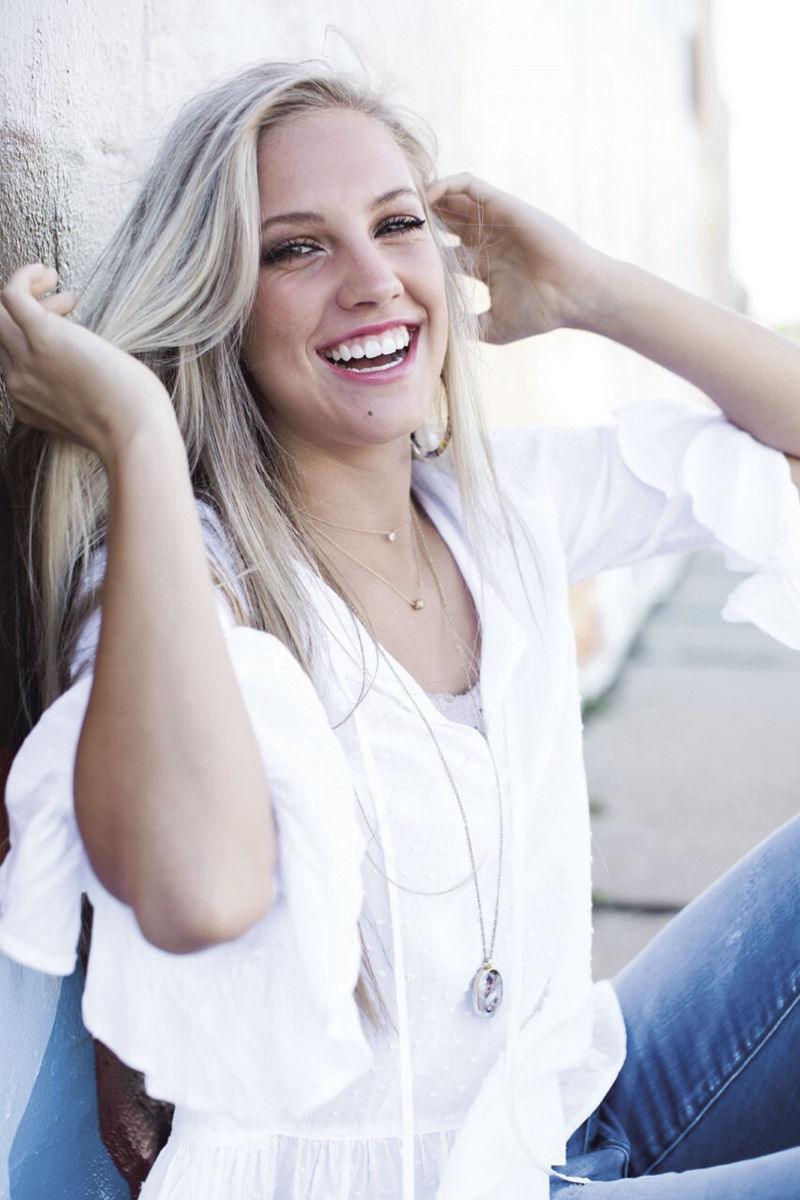 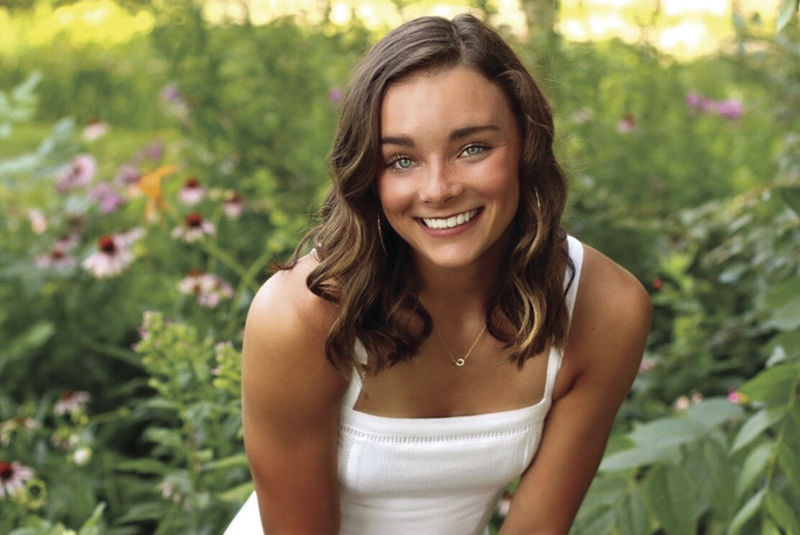 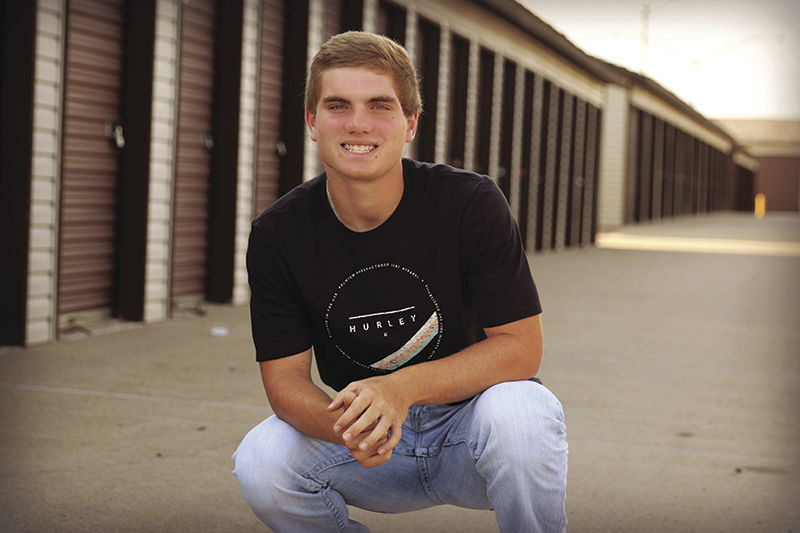 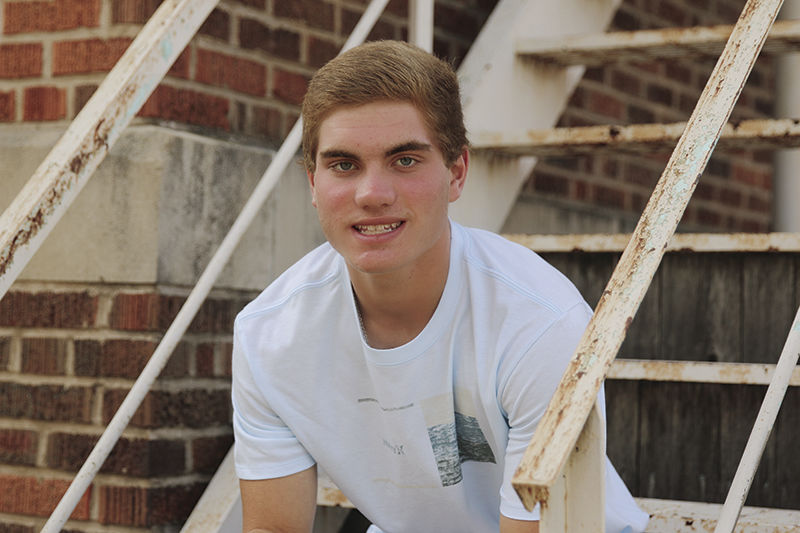 While Vermillion High School seniors are ending their athletic careers as Tanagers, several are continuing athletics at the collegiate level.

Lucus Anglin, a 3-time state high school wrestling champion, is bringing his talents with him to South Dakota State University.

Dylan and Drew Thelen are continuing their baseball careers at Morningside College in the fall. Both twins played high school and Legion baseball for Vermillion.

Emily Stockwell will play softball at the University of North Dakota. She has been playing since she was five years old and loves the game.

“I’ve put my best effort into becoming the best I could be, not because I wanted to play in college, but because I loved it,” said Stockwell. “That’s the reason I became interested in playing softball in college because I loved everything the game had to offer.”

Her favorite memory of the sport was with her travel team playing in a tournament in Lakeville, Minnesota. With inclement weather, Stockwell pitched four games plus the championship in one Sunday, placing second and a ticket to nationals.

“This tournament was a national qualifier, so there were about 36 teams in our bracket,” said Stockwell. “The energy and will my team had was incredible. We played teams from around the country and even a team from Canada. These teams were very well known, and we beat them. When I think of my most enjoyable experience in travel this tournament is it because of the will we put forth, it showed us what we were capable of.”

Stockwell was interested in UND’s accredited aviation program. She attended a camp that led to her recruitment and visiting the university.

“The coaches really bring a sense of family and togetherness to the table that I didn’t feel anywhere else,” said Stockwell. “I felt so supported by the coaches and staff at UND that I knew whatever I decided to do, I could do it there. I fell in love with the campus, coaches, their program, teammates, and atmosphere. I’m looking forward to experiencing a new level of the game I love, the relationships I will form along the way, and learn new things about the game.”

Toria Andre is attending Briar Cliff University for volleyball. Her favorite high school memory of the sport was watching her mom cheer and wave back to the starters during the lineups.

“Growing up, I have watched many college volleyball games, and I always wanted to be a part of it,” said Andre. “Being in a town with a big university that has a big volleyball program sparked my interest in the game and made my decision to play at the collegiate level that much easier. My love for the game grows every day, and it was kind of a no brainer to want to play after high school.”

“All of the coaches and players were so welcoming, and they know so much about volleyball,” said Andre. “Being a lover of the game, I always want to learn more about it and apply it so I can get better every day. Briar Cliff seems like the perfect place for that. They know how to coach players into the best athletes they can be and can accept them for who they are.”

She is looking forward to learning more about the game and developing new friendships in this next chapter.

“Volleyball is such a fun game, and I can’t seem to get enough of it,” said Andre. “I’m excited to get out on the court again.”

Cami Regnerus is continuing her soccer career at Dordt University. As a Tanager, her favorite memory was defeating Sioux Falls Christian on a last-second shot.

“I have always loved playing soccer, and my love for the game only grew over the years,” said Regnerus. “I knew that when I played my last high school soccer game, I didn’t want it to be the last game I ever played.”

The Christian atmosphere felt like home to Regnerus. She also learned more about the university through her older sister, Maddie, who also played soccer at Dordt.

“I am looking forward to meeting new people and getting better at the game I love,” said Regnerus.

Morgan Kerkman is playing soccer at Simpson College this fall. She enjoyed many moments as a Tanager, such as the excitement of winning tough games, team dinners, and catching up with teammates at the first practice of the season.

“I was drawn to Simpson because I was looking for a college with a good forensic science program that also had a soccer program,” said Kerkman. “I met with Coach Reinert and a returning player when I visited Simpson. They were both very inviting and the college as a whole felt like a good fit.”

Her interest in Simpson increased when she attended their soccer Elite ID Camp last July.

“I look forward to getting back to practicing and playing soccer, especially after my injury this year,” said Kerkman. “I’m also excited to meet new people and build new friendships with my new team.”

“Mississippi State had all the qualities I was looking for in a college,” said Carr. “It was the right size, active student life, and had the PGM program. The PGM program is different than the regular golf team because the people in it take classes to learn about the golf industry, do three internships, and we compete against other PGM programs in the country.”

Carr preferred the program over a golf team because there is still a team environment with less time commitment, and she will learn about the golf industry.

“I’m really looking forward to improving my golf game more and getting new experiences down in Mississippi,” said Carr.

She will remember the fun memories made as a Tanager in the 2019 state tournament, where she also shot her personal best on the final day of competition.

These eight athletes will end their athletic careers at VHS with graduation this Saturday, but they look forward to pursuing a sport they love in the next endeavor.

If you know of another VHS senior going on to play sports collegiately, contact Madisen Martinez at madisenmmartinez@gmail.com.