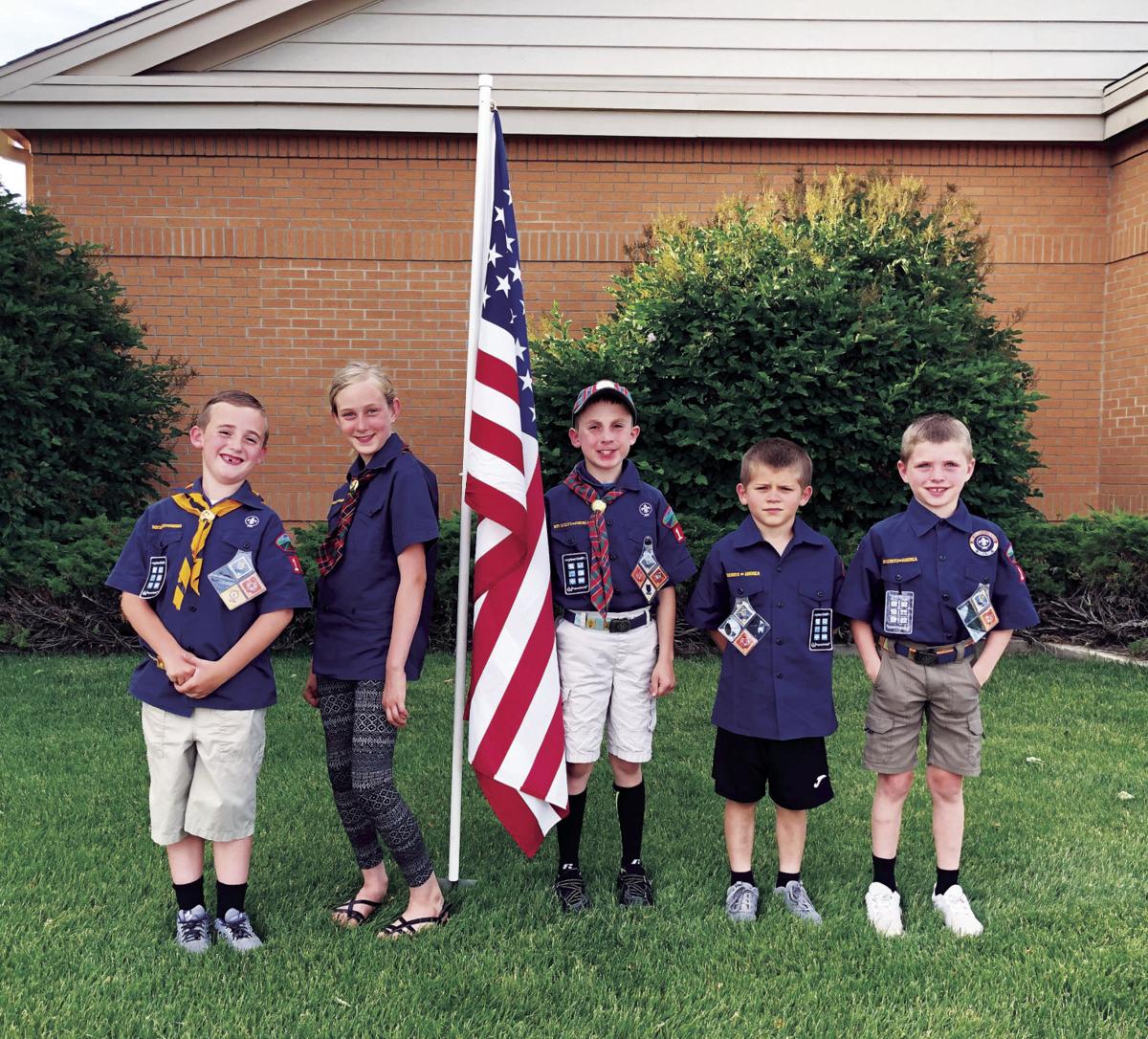 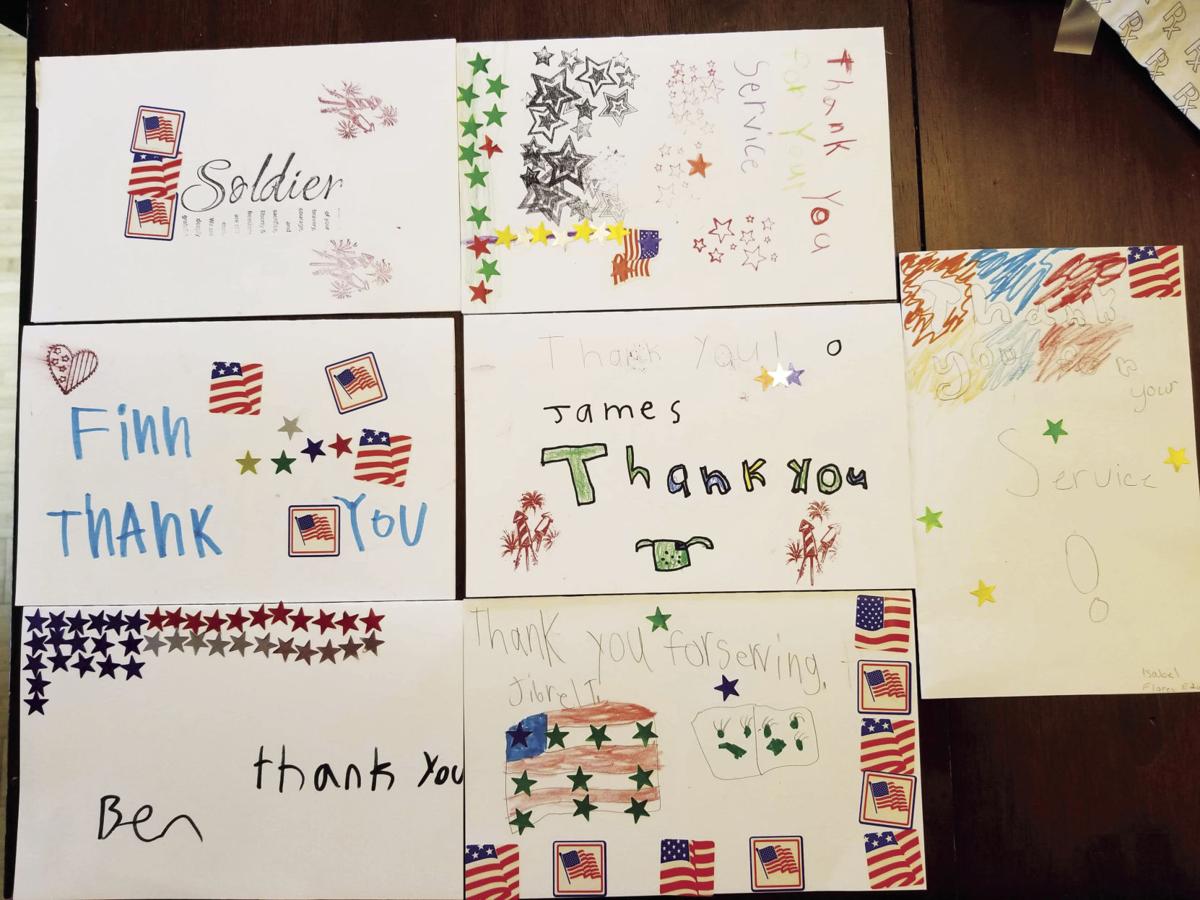 After learning the proper way to fold an American flag with the help of USD ROTC Cadet members, Cub Scout Pack 165 made cards for veterans.

After learning the proper way to fold an American flag with the help of USD ROTC Cadet members, Cub Scout Pack 165 made cards for veterans.

If you thought you knew about Cub Scouts, it might be time to think again.

Pack 165 in Vermillion is under new leadership and thriving.

“If they’ve come and they’ve seen and they weren’t impressed in past years they might want to take a second look now because there are major changes happening,” said Jennifer Barney, Pack Committee Chair. “Cub Scouts needs to be super fun but we also need to balance it with structure otherwise chaos can ensue. That’s the plan.”

Also part of the plan is involving families and the community.

“We are starting to see the community really step up and rally around the pack which is really encouraging when you’re trying to make money stretch and keep this pack going.” Barney said.

One example of community support, Barney said, was donations of medical supplies by Sanford Vermillion Clinic and also the Vermillion Medical Clinic which the scouts used to make first aid kits.

While Barney’s husband acts as the new Cub Master, Barney herself is more behind the scenes.

“I’m the one doing the calendar,” Barney said. “Also planning and calling committee meeting and setting up donations with different community facilities and planning events and things like that.”

With planned events and activities the scouts now have a full calendar of engaging meetings in a positive environment.

“It’s an opportunity for good families with noble morals and values can find other families of like-mindedness,” Barney said.

According to Barney, the idea is to create a safe place to have a good time while also teaching life skills and values.

“I think that scouting is kind of misunderstood,” Barney said. “People that haven’t been in scouting think that it’s some kind of outdoor skills program. It’s actually a character-building program.”

Barney said every meeting begins with a recitation of the Scout Law which states, “A scout is trustworthy, loyal, friendly, courteous, kind, obedient, cheerful, thrifty, brave, clean and reverent.”

“So everything we do in scouting is teaching these boys and now girls because girls are welcome to join as well, to develop one of these values,” Barney said. “Month after month, year after year we see these children that are in the program learning hopefully to make hard choices as they go throughout their lives and make the right choices and stand up for things.”

Through the activities which have been planned on their month-to-month calendar, the committee hopes to develop leadership skills among others as the cub scouts work their way up through the program.

“Incrementally and developmentally to each age level it’s teaching kids to be leaders in the future, in their lives, throughout their careers, throughout their high school education and throughout college,” Barney said. “That’s one of the reasons I like scouting for my children.”

Barney herself has two boys in the program.

“They see their mom and dad working hard to improve the pack,” Barney said. “It’s a sacrifice of our family I will admit but I think that they’re starting to see the payoff with the improved quality of the pack and the activities.”

One such activity will be the Cub Scouts and their families attending the Monster Truck Jam in Sioux Falls this weekend.

“The intended way for cub scouts to work is with families,” Barney said. “Parents and families are invited and expected to attend. With that being said we arranged for the discount tickets that we got to include family members. They gave us a killer price on these tickets. They also gave us free Monster Jam patches for the scouts.”

“That was really well done,” Barney said. “The kids walked away with a strong sense of how important it is to honor the veterans.”

At the activity, Barney said guest speaker, retired Colonel Church talked about the proper way to talk to a veteran that you should happen to meet on the street.

The scouts learned how to fold an American flag with the help of USD ROTC Cadet members, after which they made cards for veterans.

“Reading the cards the kids made brought tears to my eyes,” Barney said. “I really think they took it seriously.”

Because the Cub Scouts is not a drop-off program, Barney said she and her husband along with the committee are working hard to make sure the activities are high enough quality that parents feel it’s time well-spent with their children.

Parental involvement will be the key to the success of the pack according to Barney.

“In Vermillion at least there are not enough existing parents around for other people to coast off of,” Barney said. “It’s the same with PTA organizations in town and sporting coaches and things like that. We do want families to be involved. So far what the families have seen of activities we’ve done so far is that they’re high-quality activities and they’re worth attending and families are walking away being glad to have done it.”

Barney mentioned that there is a talent survey given to parents of members so, whether large or small, any parent can find avenues to help.

“We have a really talented pack committee, a secretary, treasurer, myself and other influential families that have pull or that have access to different community resources,” Barney said. They’re pulling strings and helping the community rally around our pack.”

Through some of these connections come activities like a 2020 Tokyo-themed Olympics at the Dakota Dome scheduled for January.

“Everything we plan as a pack it’s not just what would be fun,” Barney said. “We look at the requirements and what earns these boys their badges.”

According to Barney, the pack meetings are generally three times a month on the second, third and fourth Tuesdays of the month with a few outlying activities like a day camp which was held recently.

If scouts miss a meeting they do need to make up the work.

“There are maybe between 30-60 requirements that each scout has to pass off and each time we meet we are working on those requirements,” Barney said. “Just like when you miss school you still have to make up those assignments. We do help them make up some time, but the expectation is that they come as much as they are able to because there are requirements that need to be passed off. They can’t earn those badges until they pass of the requirements attached to that badge.”

Barney said the Cub Scouting program runs along with the school calendar, beginning after school is in session and ending before the last day of school.

There is a small national registration fee based on the month you join along with funds required to keep Vermillion’s pack running.

“The pack itself needs money to do the crafts and treats and the pack events,” Barney said. “That’s why we fundraise and we sell our popcorn. For a scout that is expecting to be in for the whole school year, nine months, they are expected to raise or produce $120 for the full year. It’s accessible to everyone if they’re willing to work for it.”

This hard work is something Barney really appreciates about the program.

“We are emphasizing the life lessons of hard work and the other points of the scout law,” Barney said. “That’s where it’s obvious that it’s a character development program.

In a world where different technologies are the big thing that draws kids in, there’s excessive technology but scouts is about actively learning and doing these things.”