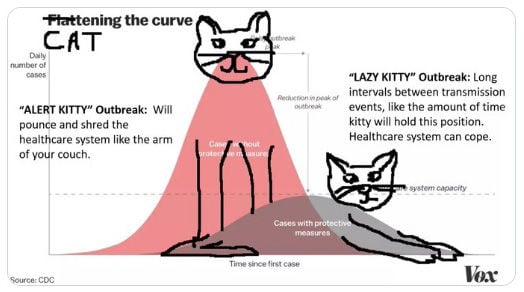 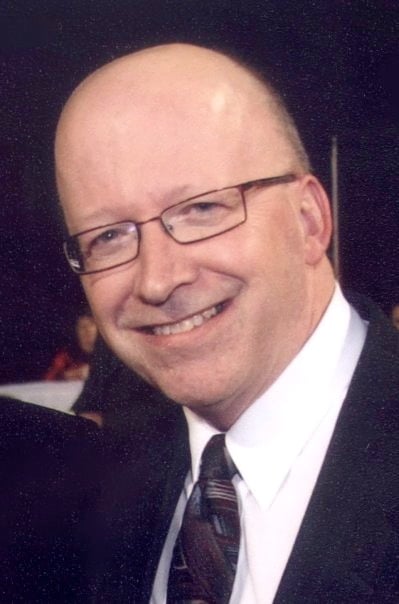 You’ve probably heard the term “flattening the curve” a lot lately during discussions about the coronavirus and how best to keep everything under control.

“Dave,” you may ask. “What does flattening the curve mean?”

Well, first let me mention that whoever asks me that is asking the wrong guy. It’s sort of like asking me how my coffee maker works. Every morning, I put water in one part and ground coffee beans in another part of a machine named Mr. Coffee.

About 10 minutes later, Mr. Coffee presents to me a nice, hot pot of coffee. Don’t ask me how this happens. All I do, after adding water and ground coffee, is push a button.

If you want to know how my coffee maker works, you have to ask an expert. Somebody like Mr. Coffee.

So, there’s little to no chance that I can explain, with any sense of clarity, what “flattening the curve” means, no matter how many charts and graphs I’m given to work with.

Hank Campbell, writing last week for the website “Science 2.0,” a nonprofit science journalism group, notes that “Epidemiologist Dr. Anne Marie Darling knows graphs and charts make some people drift off so she created a reference we know the Internet loves: cats. She calls it #catteningthecurve, and it deserves to be everywhere.”

I can’t agree more with Campbell and I’m not that all that big of a cat fan.

On March 11, Darling tweeted “Lots of science-y folks are posting this graph. But if there is one thing I have learned from being on the internet, it is this: Data/graphs: Not compelling to many. Kitties: Compelling to many. So I present: #Catteningthecurve.

Beside the neat hashtag, her tweet included a drawing made up of doodles of cats drawn over the graphs that are growing more and more familiar as more and more people are informed about coronavirus and the need to flatten the curve.

Or, as even I can explain with the help of Dr. Darling, the steep tall graph represents an “Alert Kitty Outbreak” that will “pounce and shred the healthcare system like the arm of your couch.”

The flatter curve represents a “Lazy Kitty Outbreak,” where there are long intervals between transmission events, “like the amount of time kitty will hold this position. Healthcare system can cope.”

The idea, according to NPR, is to increase social distancing in order to slow the spread of the virus, so that you don't get a huge spike in the number of people getting sick all at once. If that were to happen, there wouldn't be enough hospital beds or mechanical ventilators for everyone who needs them, and the U.S. hospital system would be overwhelmed. That's already happening in Italy.

"If you think of our healthcare system as a subway car and it's rush hour and everybody wants to get on the car once, they start piling up at the door," Drew Harris, a population health researcher at Thomas Jefferson University in Philadelphia, told NPR. "They pile up on the platform. There's just not enough room in the car to take care of everybody, to accommodate everybody. That's the system that is overwhelmed. It just can't handle it, and people wind up not getting services that they need."

However, Harris says, if we can delay the spread of the virus so that new cases aren't popping up all at once, but rather over the course of weeks or months, "then the system can adjust and accommodate all the people who are possibly going to get sick and possibly need hospital care." People would still get infected, he notes, but at a rate that the health care system could actually keep up with — a scenario represented by the more gently sloped blue curve on the graph -- the lazy kitty.

These two curves have already played out in the U.S. in an earlier age — during the 1918 flu pandemic. Research has shown that the faster authorities moved to implement the kinds of social distancing measures designed to slow the transmission of disease, the more lives were saved. And the history of two U.S. cities — Philadelphia and St. Louis — illustrates just how big a difference those measures can make.

There are likely some people who question whether public schools across South Dakota, which have been closed all of this week, must remain closed yet another week, according to an announcement from Gov. Kristi Noem on Tuesday.

There likely are some who wonder if the campus of the University of South Dakota really has to remain empty right now as spring break is extended and new ways of offering classes will briefly be implemented to, basically, keep people away from each other a bit longer.

Even I can understand the value in that.