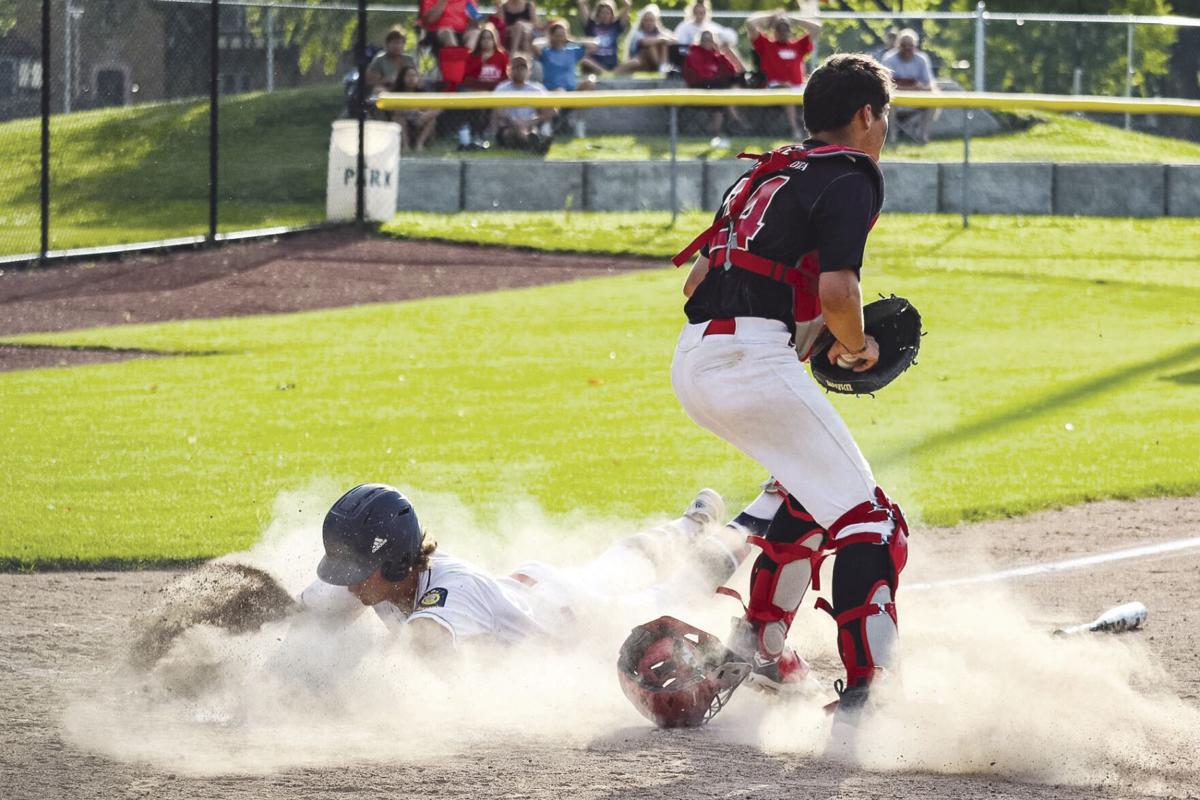 Gray Peterson slides through home to score one of Vermillion's two runs in the 11-inning game against Yankton this past Tuesday. 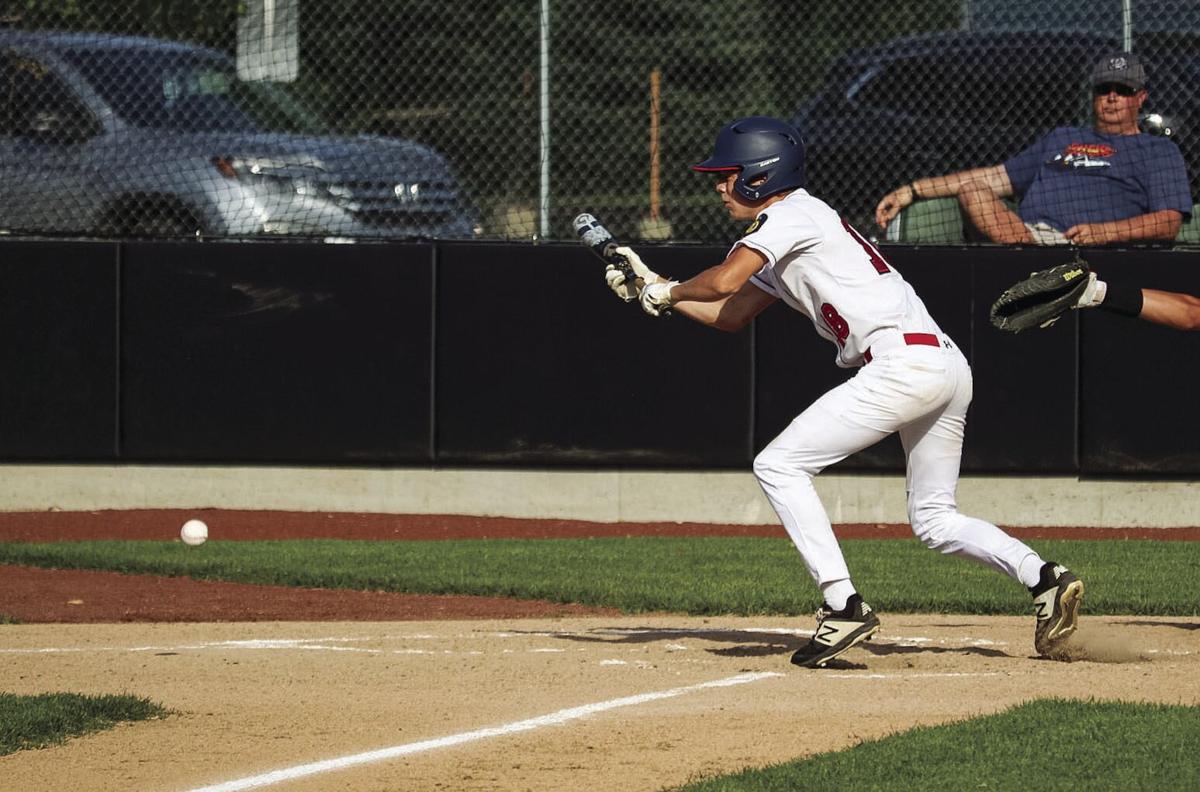 Nick Roob makes the sacrifice bunt in the 11-inning battle against Yankton this past Tuesday at home.

Jack Kratz reaches for the out at second in the close 2-3 loss to Yankton Tuesday at home.

Gray Peterson slides through home to score one of Vermillion's two runs in the 11-inning game against Yankton this past Tuesday.

Nick Roob makes the sacrifice bunt in the 11-inning battle against Yankton this past Tuesday at home.

Jack Kratz reaches for the out at second in the close 2-3 loss to Yankton Tuesday at home.

Vermillion Post 1 Legion baseball played Yankton Post 12 at home this last Tuesday and was coming off a game with extra innings from the night before. Going into the game, Post 1 was excited about the competition this game would bring.

“We know the Yankton game will be tough and a challenge for us, especially after playing a tough game the night before,” said head coach Tom Heisinger before the matchup. “However, we have been in that situation before and know what we have to do. We are going to expect another close, tight game which will be good for us. Our pitching will have to step up big for us, especially with the number of games we have coming up.”

The game remained close throughout the 11 innings but ended with Vermillion down 2-3.

The scoreboard held zeros in the first four innings, with Post 1 leaving a runner on third in the bottom of the third.

Yankton put two runs on the board in the fifth inning, and Vermillion followed with two of their own in the bottom.

The game remained tied at two through the seventh inning and three more. The competition got their bats going in the eleventh to tally the first run in six innings.

The home team was down 2-3 entering the bottom of the eleventh, and Yankton kept their momentum to hold off Vermillion.

Post 1 lost 2-3 to end the 11-game win streak. Their season record became 16-3 after this challenge.

“Tonight's game was such a battle,” said coach Heisinger. “It was such a test for our kids to come back after playing extra innings in Parkston the night before. I was impressed with our mental toughness tonight. We should have scored more runs, but some things didn't go our way.”

“Jack Kratz and Charlie Ward were thrown into some unfamiliar situations on the mound, and they both responded very well,” said coach Heisinger. “It is so tough to lose, but I'm proud of our guys."

On the mound, Jacob Chaussee threw the first seven innings and had the game-high seven strikeouts. Kratz pitched from the eighth inning to the tenth and had two strikeouts. Ward finished the game and got the strikeout to continue into inning 11.

"Jacob Chaussee started on the mound and did what he does," said coach Heisinger. "He gave us a great outing and gave us a great chance to win. It was just a tough game, but it was good for us.”

Vermillion will play Tabor in a doubleheader in Prentis Park Monday at 6 p.m. and 8 p.m.