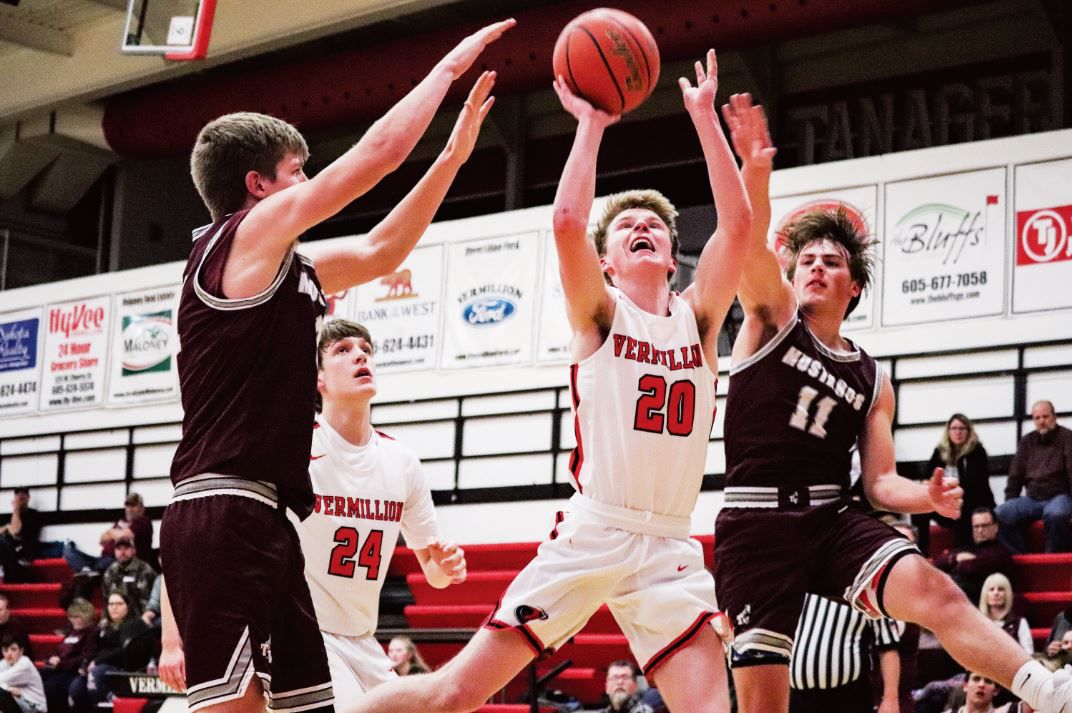 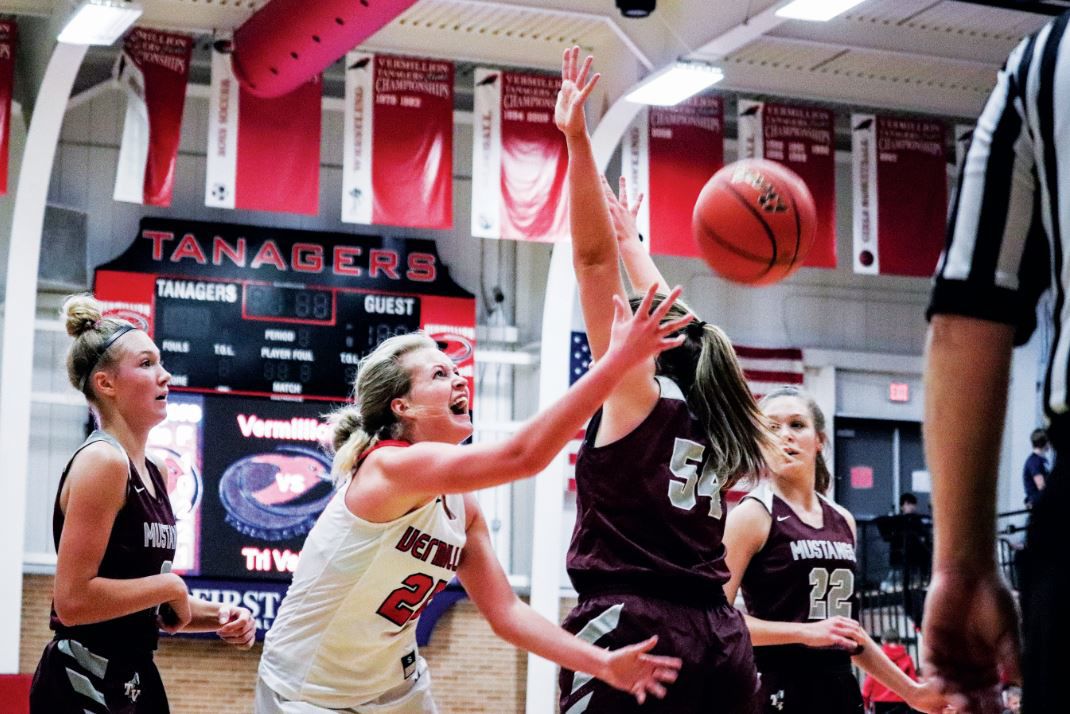 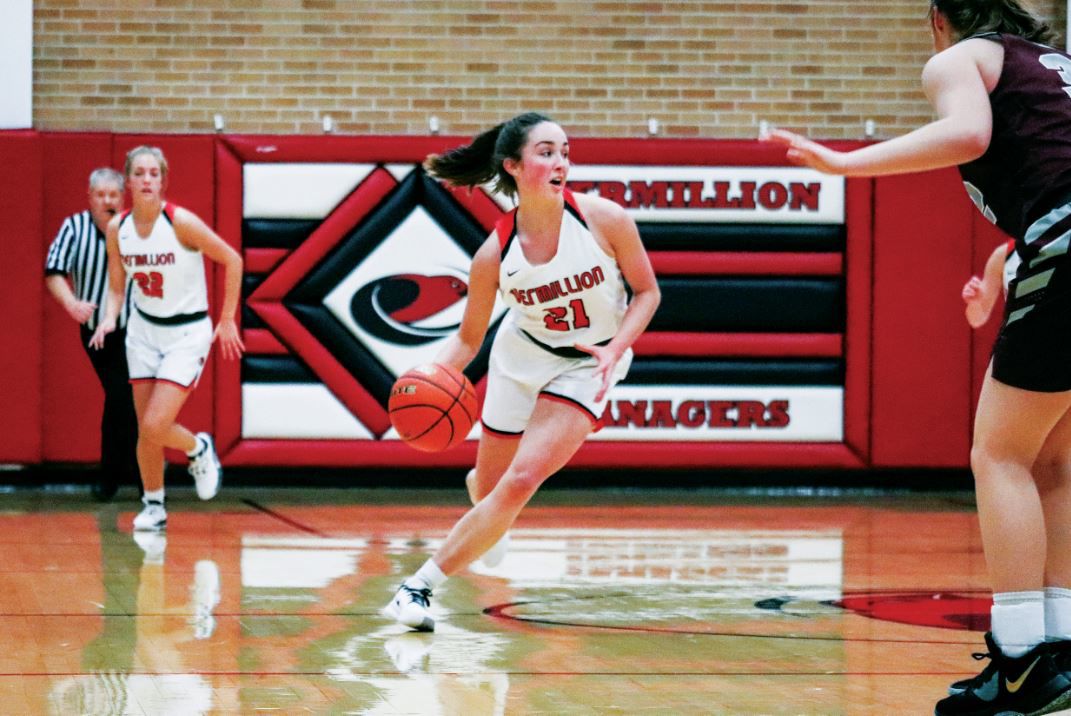 Senior Lexi Saunders brings the ball down the court in Tuesday's home doubleheader against Tri-Valley. 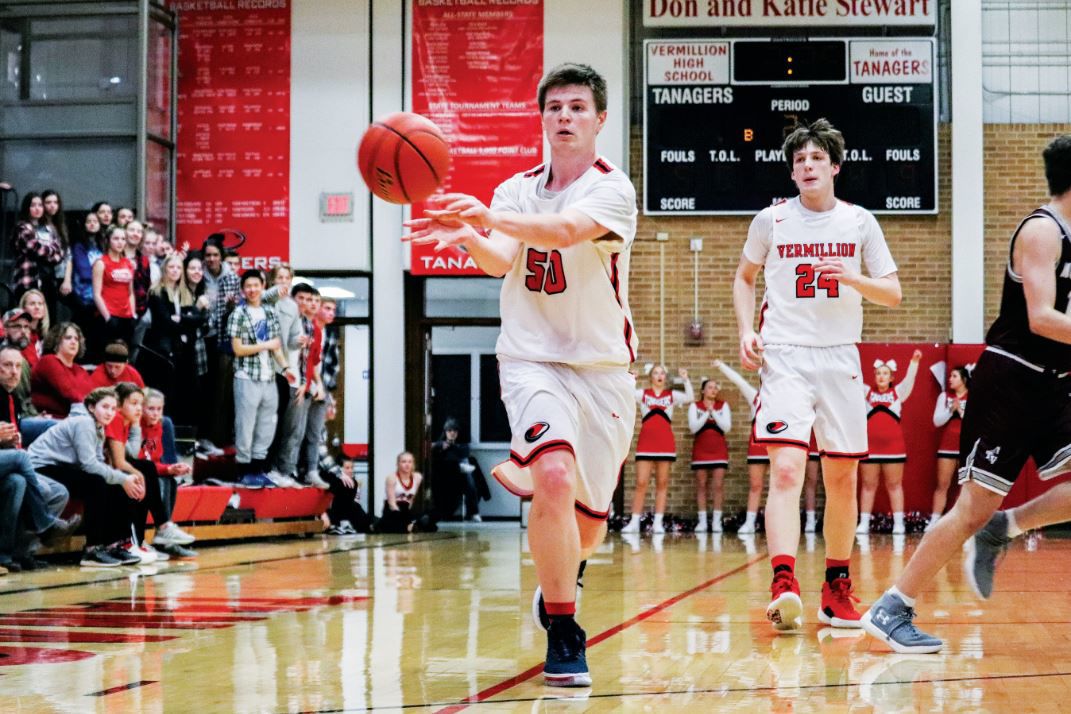 Junior Noah Gilbertson makes a pass down the court against Tri-Valley Tuesday night.

Senior Lexi Saunders brings the ball down the court in Tuesday's home doubleheader against Tri-Valley.

Junior Noah Gilbertson makes a pass down the court against Tri-Valley Tuesday night.

Both Tanager basketball teams played Tri-Valley at home Tuesday. Vermillion ended the night with two varsity wins as the girls won 60-55, and the boys won 71-48.

“Tri Valley comes in at 5-0 and playing very well,” said Vermillion girls head coach Jon Brooks. “Our biggest improvement needs to come on the offensive end. We need to get everyone playing with confidence and ready to score the ball. If we can get more balanced, I feel we can compete with anyone.”

The Vermillion girls started with the lead and maintained in throughout the game. The Tanagers were ahead 17-7 after the first quarter.

Vermillion increased their lead to 36-24 entering the half.

Tri-Valley worked to battle back, outscoring the Tanagers by four in the third quarter. Vermillion remained ahead 49-41 going into the fourth.

The competition continued to narrow their deficit, but the Tanagers remained ahead and captured the 60-55 win.

The Vermillion boys also took an early lead and built it throughout the game to win 71-48.

The Tanagers had a 4-point lead after the first quarter, 17-13. Vermillion added six to their lead as they ended the first half up 36-26.

In the second half, the Tanagers continued to pull away from the Mustangs. Vermillion was ahead 58-40.

The Tanagers held Tri-Valley to scoring eight in the fourth quarter to capture the win 71-48.

Junior Dillon Gestring recorded the game-high 28 points, going 12-for-21 from the field. Junior Noah Gilbertson had 11 points and six rebounds for Vermillion.

Vermillion will travel to Parkston for a doubleheader this Friday. The girls will play at 6:30 p.m. and the boys at 8.