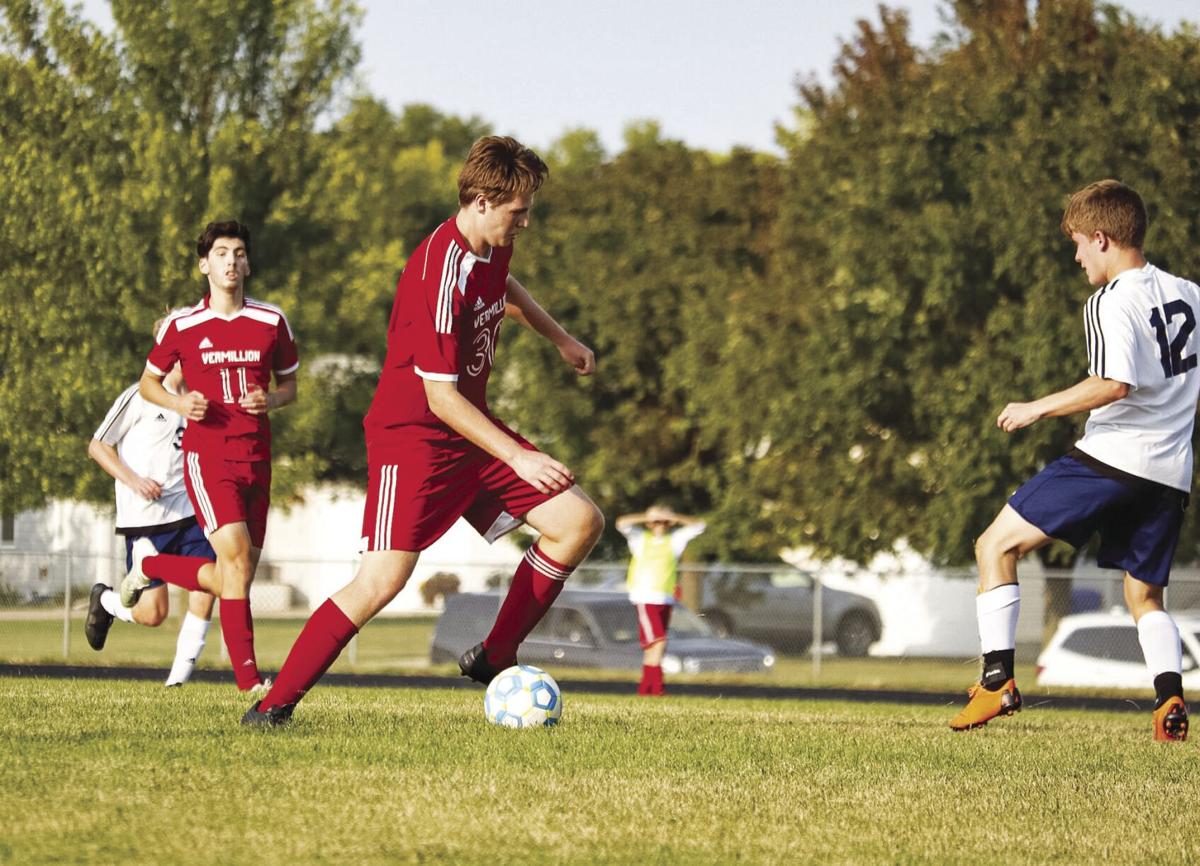 Senior forward Noah Gilbertson takes the ball down the field in Monday's 4-4 draw against Tea Area at home. 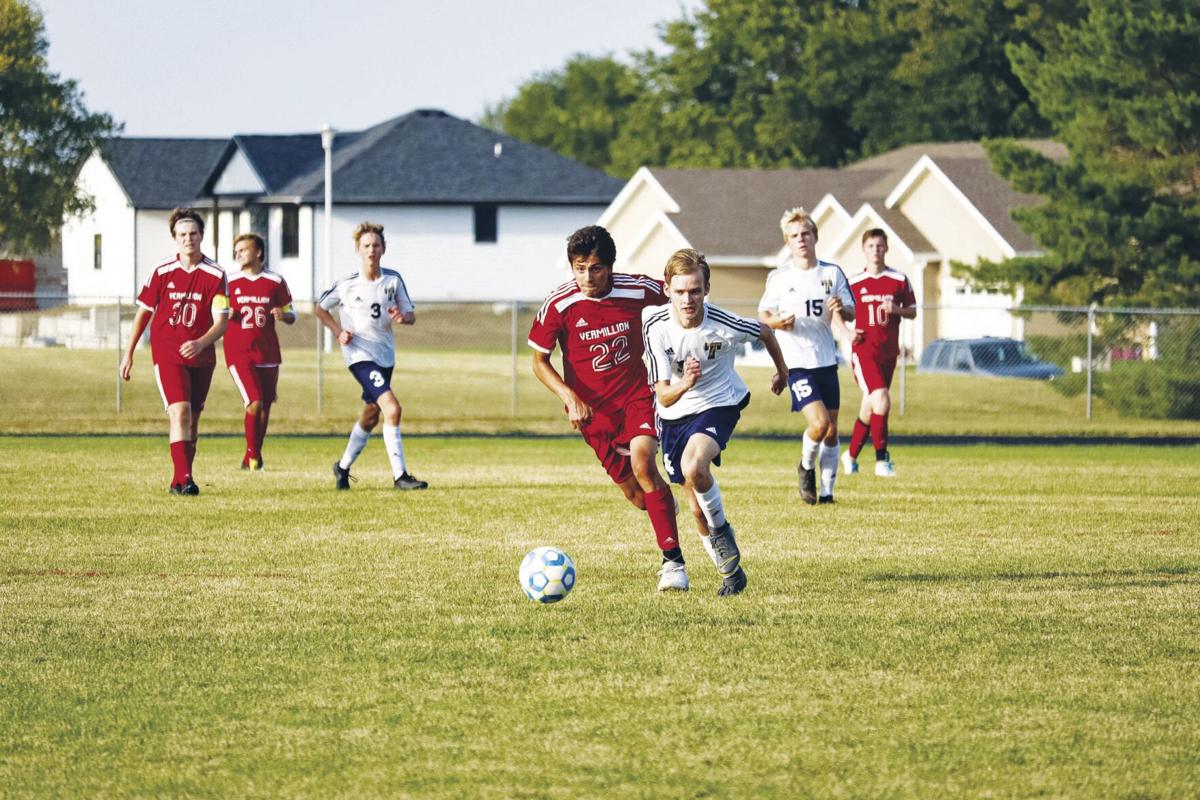 Senior midfielder Jakob Dobney goes for the pass against a Tea Area defender in Vermillion's 4-4 draw at home Monday.

Senior forward Noah Gilbertson takes the ball down the field in Monday's 4-4 draw against Tea Area at home.

Senior midfielder Jakob Dobney goes for the pass against a Tea Area defender in Vermillion's 4-4 draw at home Monday.

The Tanager boys’ soccer team played last year’s state champions, Tea Area, at home this past Monday. The game ended in a 4-4 draw.

“If you bought a ticket to this game, you got your money’s worth,” said Vermillion head coach Curt Nelson. “A back-and-forth battle with defending state champions Tea Area resulted in a 4-4 draw with plenty of late drama.”

The Tanagers were the first on the scoreboard in minute 11. Senior forward Noah Gilbertson finished the shot with the assist from senior midfielder Jakob Dobney.

Tea Area regained control of the game, leading to their first goal by junior forward Ryan Del Monaco at minute 35. The score was 1-1 at the half.

Vermillion took a 2-1 lead in minute 54 after a goal by Dobney, assisted by Gilbertson.

The opponents scored two consecutive goals in minutes 67 and 68 from sophomore midfielder Tobin Hoffman and Del Monaco. The Tanagers were down 2-3 with 12 minutes remaining.

Dobney responded with his second goal in minute 75 with the assist from freshman midfielder Henry Anderson to tie the game at three.

Tea Area’s Del Monaco followed with his third goal for the Titans at minute 77. The Tanagers were down 3-4 with less than three minutes remaining.

“It was Dobney versus Del Monaco in an offensive showdown, and both teams played extremely hard for the win,” said coach Nelson.

In the final minute, Vermillion received a penalty kick after a foul in the box by the Titans. Junior midfielder Hari Kadarkaraisamy put the shot in the back of the net to end the game in a 4-4 draw.

The Tanagers became 4-1-1 on the season with one game remaining in the regular season.

“I was really impressed with the way our team responded to two equalizers and two go-ahead goals to battle back and get a really important result,” said coach Nelson. “That was a playoff atmosphere and built a ton of character for our team.”

The Vermillion boys will play their final regular-season game at home against Sioux Falls Christian Tuesday at 6 p.m.