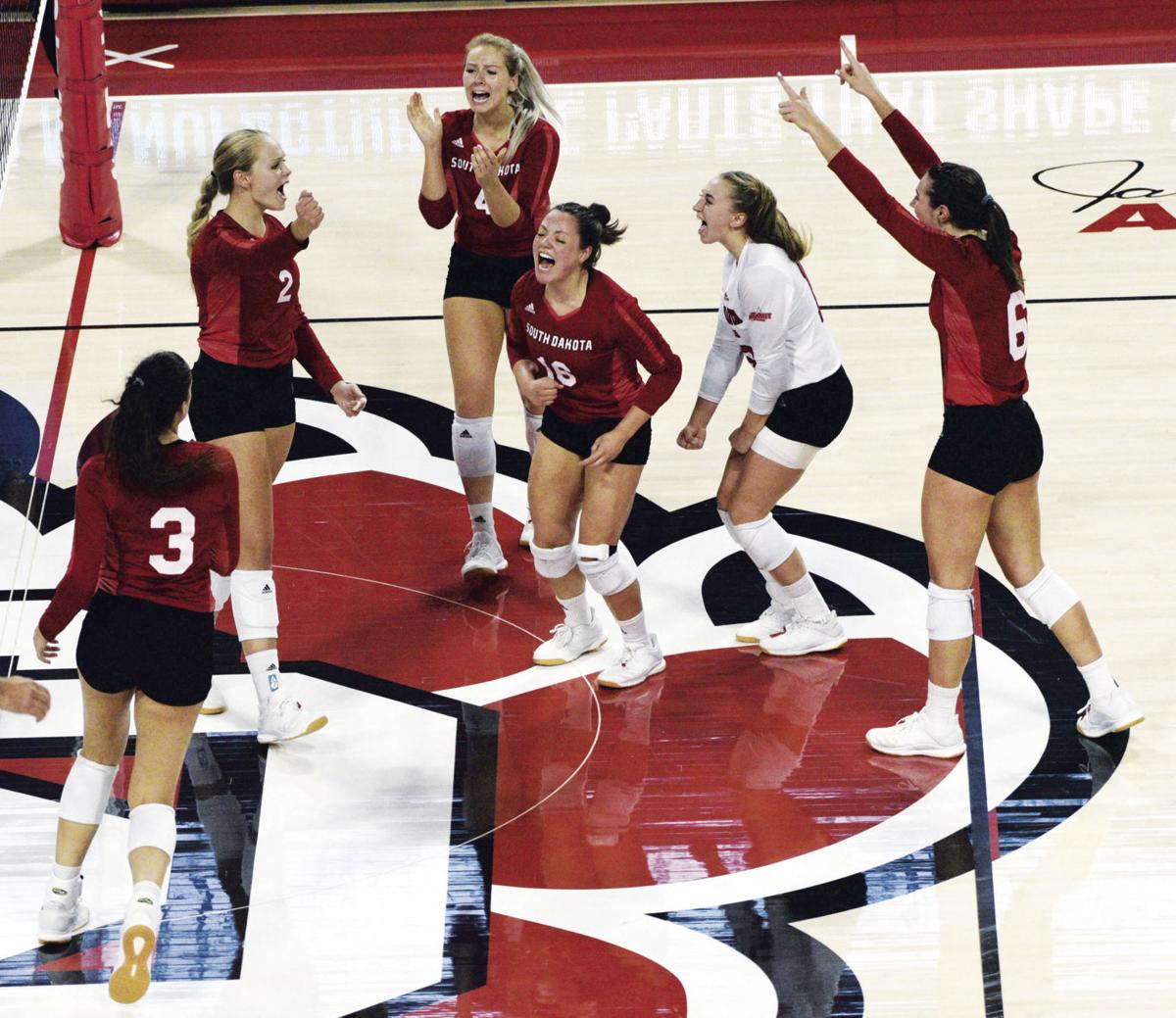 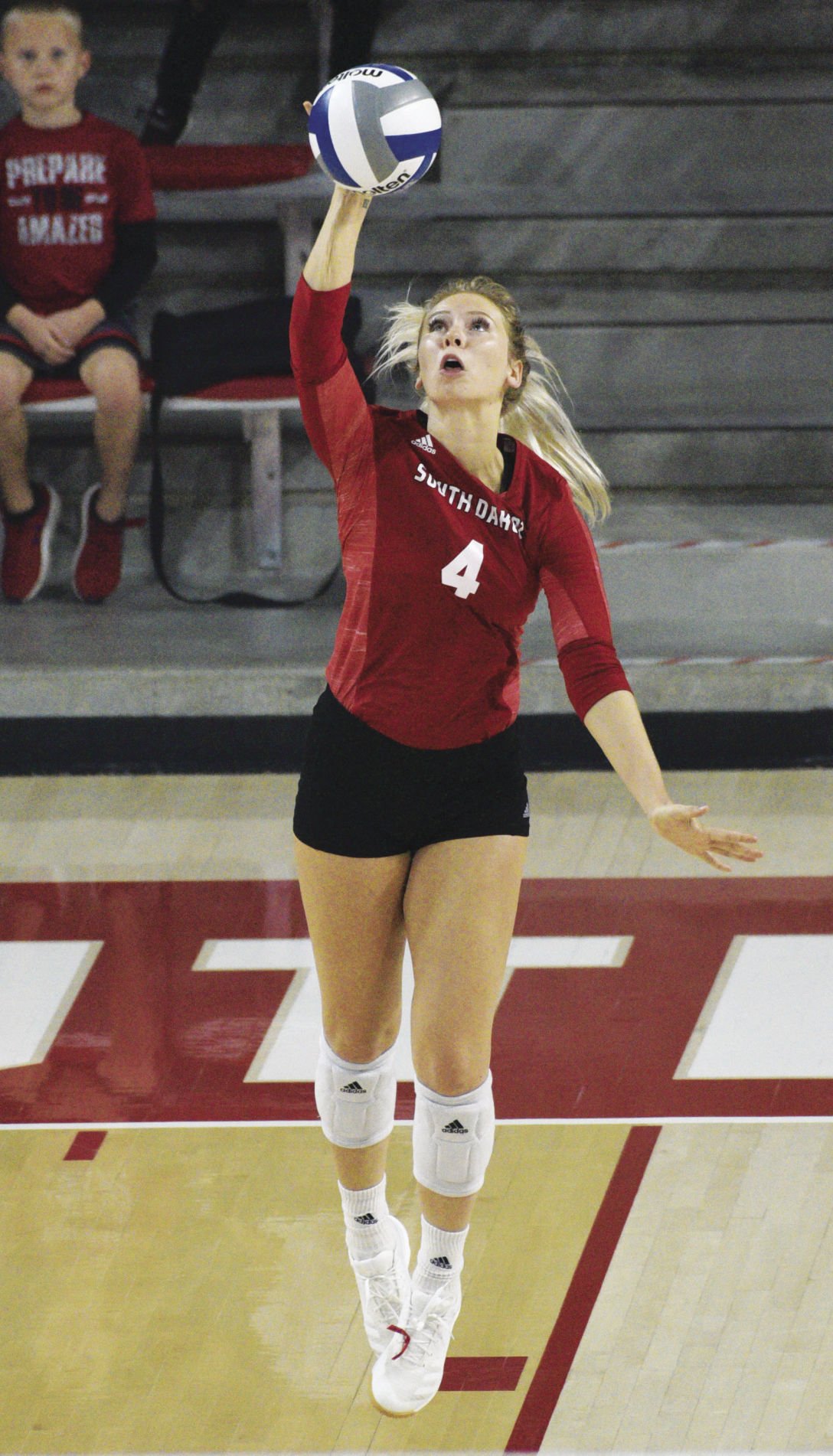 Yes, things are going well right now for the South Dakota volleyball team, which Sunday improved to 13-1 with a sweep of North Dakota.

Even Williamson said so.

The Coyotes, who reached the NCAA Tournament last year for the first time at the Division I level, graduated their top-two offensive weapons.

“Going into this year, we knew we could very good, but I didn’t know if we would be at this point with that many wins with a team that’s so new,” Williamson said.

Not only did USD welcome three Division I transfers, they brought in a highly-touted freshman class that has seen Elizabeth Juhnke already emerge as one of the top weapons in the Summit League.

“We thought we’d have some of those growing pains,” Williamson said. “We still had those, but they didn’t necessarily show up in the loss column.”

No, instead, the only hiccup for the Coyotes so far was a loss at Iowa State — two weeks later, they beat Iowa of the Big Ten Conference.

They later opened the Summit League season with a home win over Oral Roberts last Friday, but Sunday ran into some early trouble against North Dakota (8-8, 0-1).

The Coyotes had 10 attack errors and only hit .121 in the first set, mainly due to what Williamson said was an inability to execute at a high enough rate.

“We allowed them to play with us in a way, and that was something we talked about after the first set,” she added.

“As you could see, I think we got better as the match went on.”

From there, USD dominated the next two sets, and hit .483 and .429 with a combined four attack errors.

What was the difference?

“For us, it was just consistent energy,” senior defensive specialist Anne Rasmussen said. “We were working at it in the second set to build up and then you really saw it in the third set.

“We were consistent and we played at a high level.”

“We’re really happy about that,” said Rasmussen, who was last week’s conference Defensive Player of the Week.

“We always say, once we get into conference, it’s a fresh start,” Rasmussen said. “So to be able to just start conference 2-0 is a really good feeling, especially once we have to go on the road.”

It’s also an important early start for the Coyotes, given the wacky nature of the Summit League, according to Williamson. For example, preseason favorite Denver dropped its first conference match to Purdue-Fort Wayne.

The Coyotes stay home this week to host Omaha on Friday night, but then have to travel out to Denver for a Sunday afternoon match.