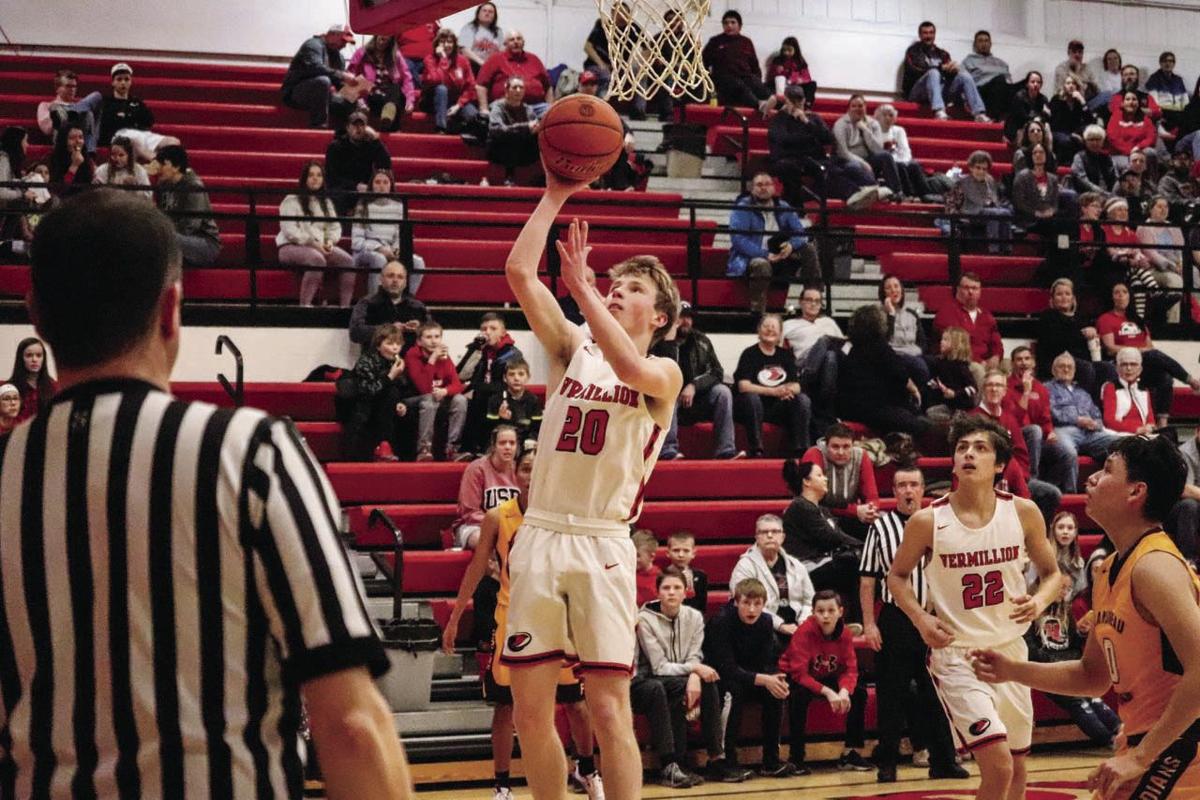 Junior Connor Saunders finishes the layup off a steal from Vermillion's full-court press against Flandreau Indian. 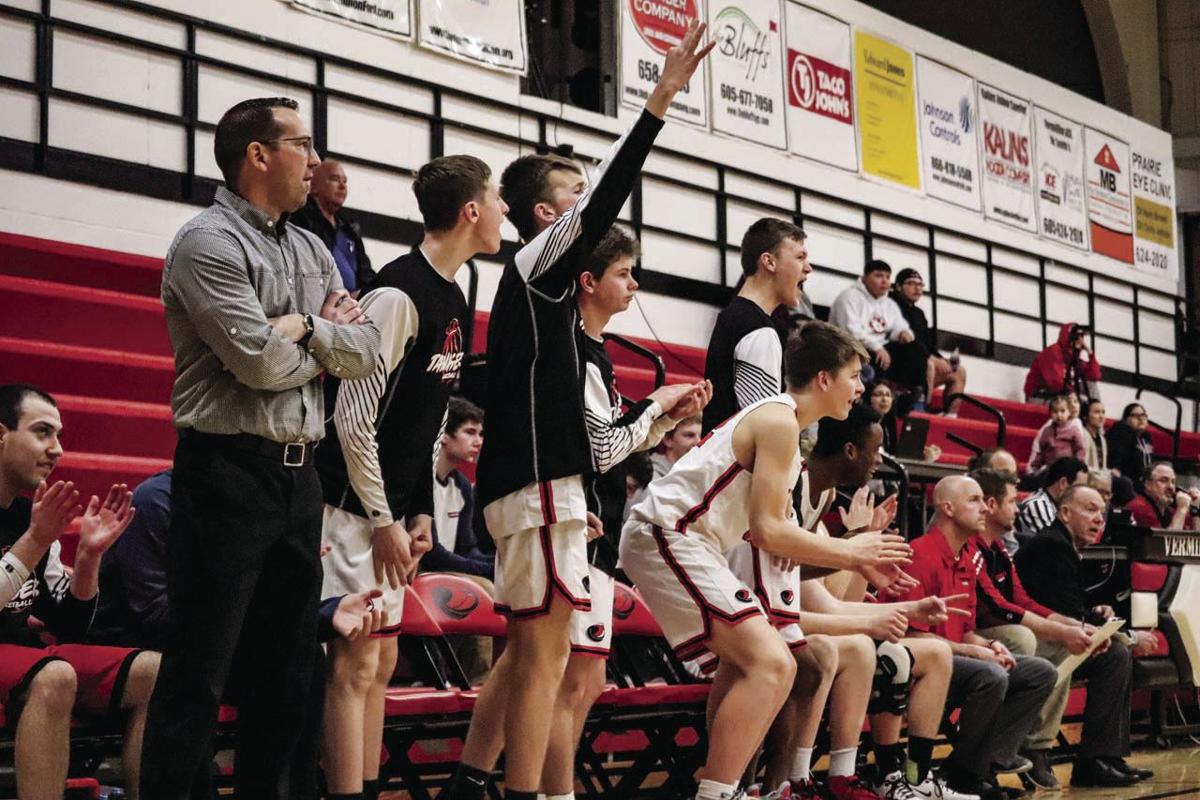 The Tanagers celebrate a three in Tuesday's 87-58 win over Flandreau Indian. 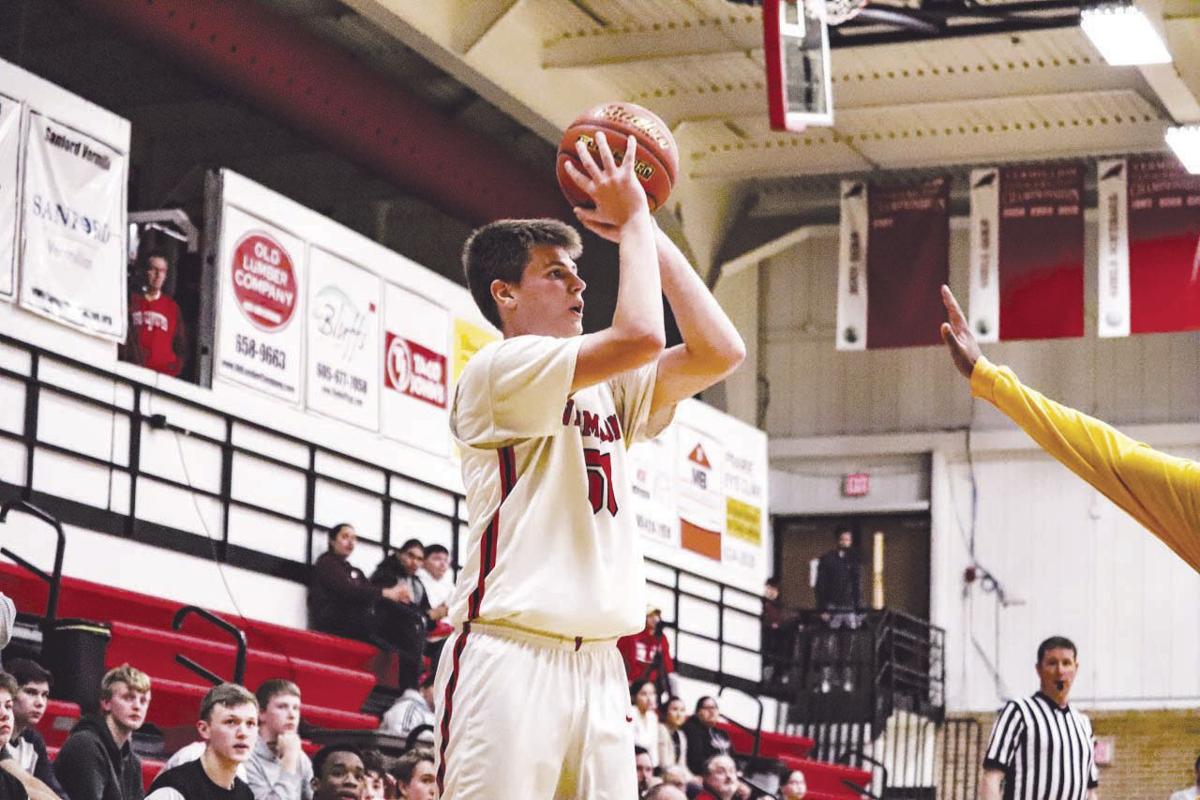 Junior Connor Saunders finishes the layup off a steal from Vermillion's full-court press against Flandreau Indian.

The Tanagers celebrate a three in Tuesday's 87-58 win over Flandreau Indian.

The Vermillion boys’ basketball team played their final home game of the regular season this past Tuesday against Flandreau Indian. The Tanagers captured an 87-58 victory.

“Flandreau Indian is another opportunity to get out there and compete,” said sophomore Charlie Ward. With regions coming up, it’ll be good for us to try and build some momentum going into regions.”

The Tanagers took off in the second quarter, outscoring Flandreau Indian by 12. Vermillion entered halftime ahead 44-27.

In the third quarter, the Tanagers increased their lead by nine. The home team continued to have control of the game, entering the fourth 68-43.

Vermillion scored 19 in the fourth to Flandreau Indian’s 26 and ended the regular season on an 87-58 win.

The Tanagers are predicted to play their first round of playoffs Tuesday at 7 p.m. against Canton at home. The updated postseason bracket can be found at sdhsaa.com/Athletics/Boys-Sports/Basketball/Brackets-A .