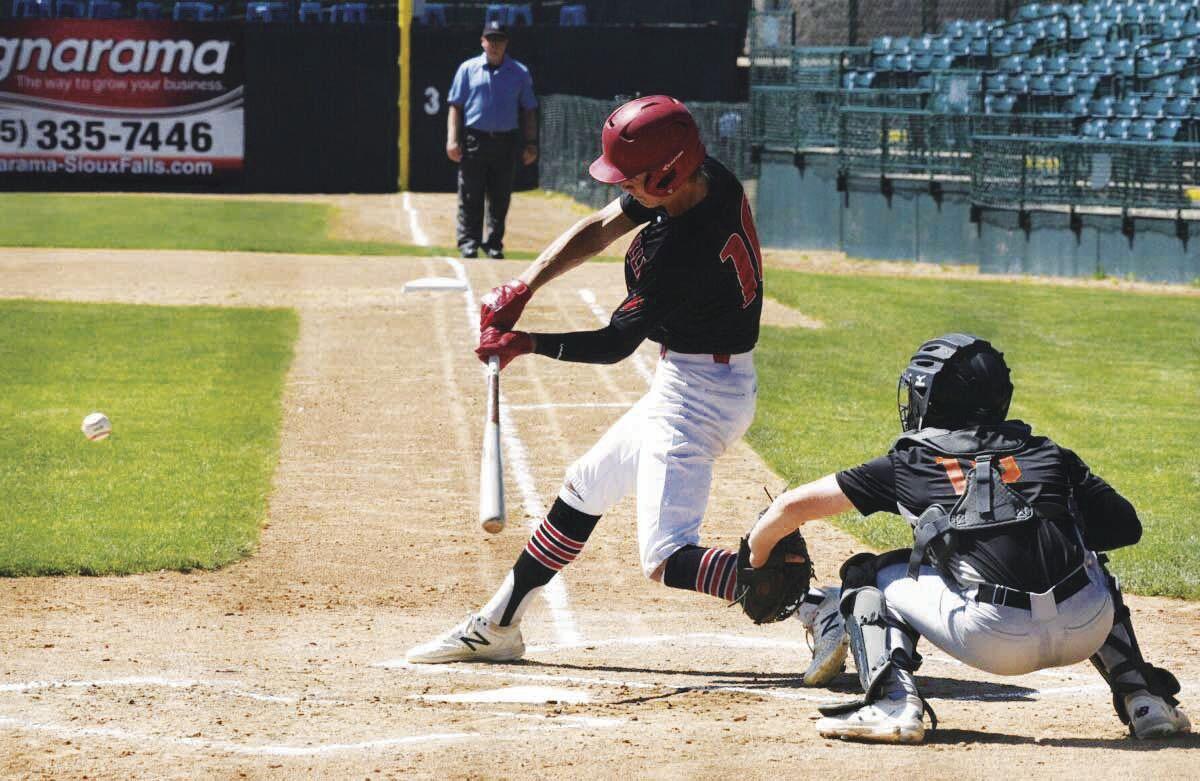 Vermillion utility player Clayton Sorensen swings at a pitch during Monday's first round game against Howard in Sioux Falls. 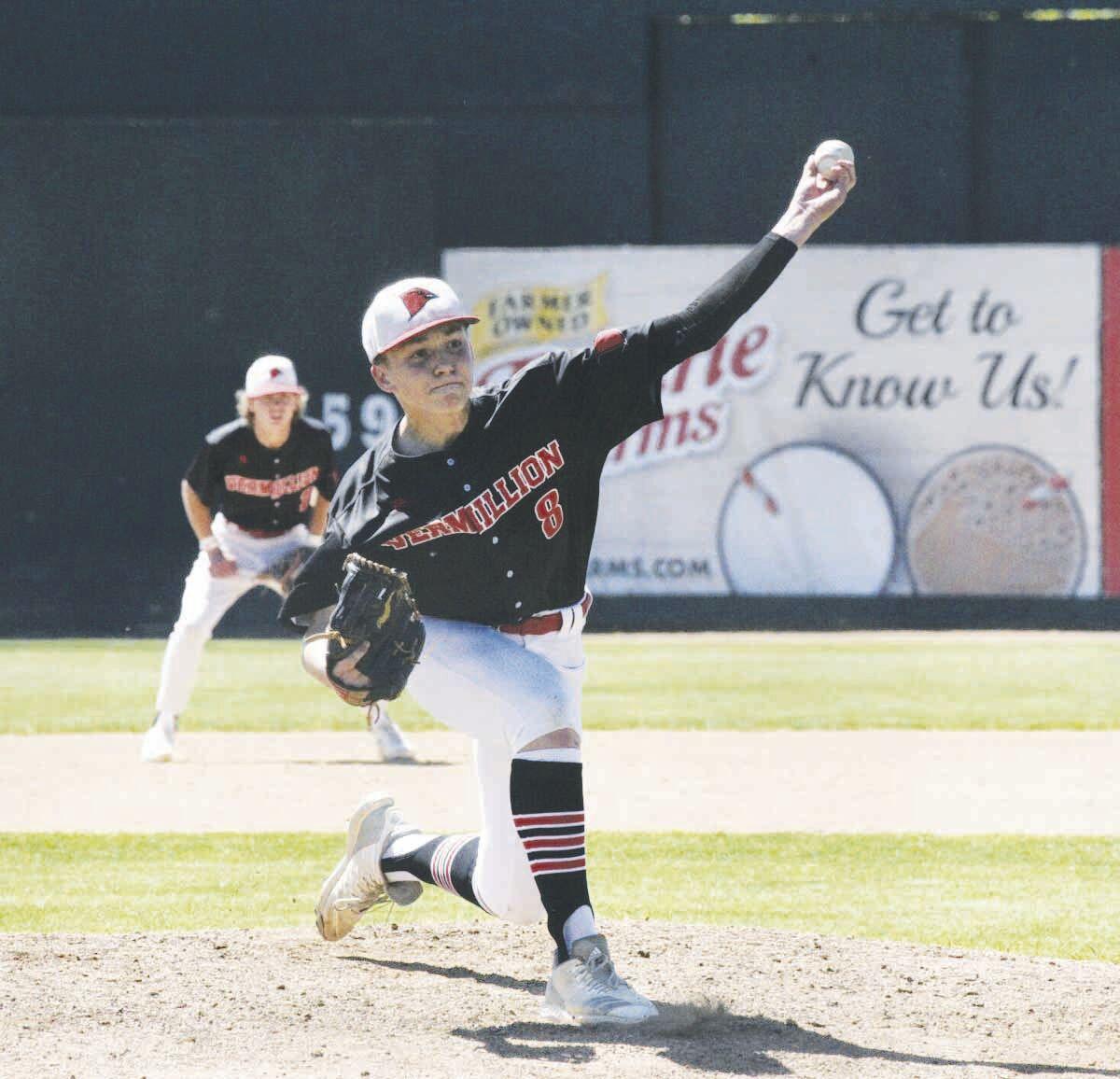 Vermillion pitcher Jake Jensen fires home during Monday's game against Howard at the Class 'B' State Tournament in Sioux Falls. 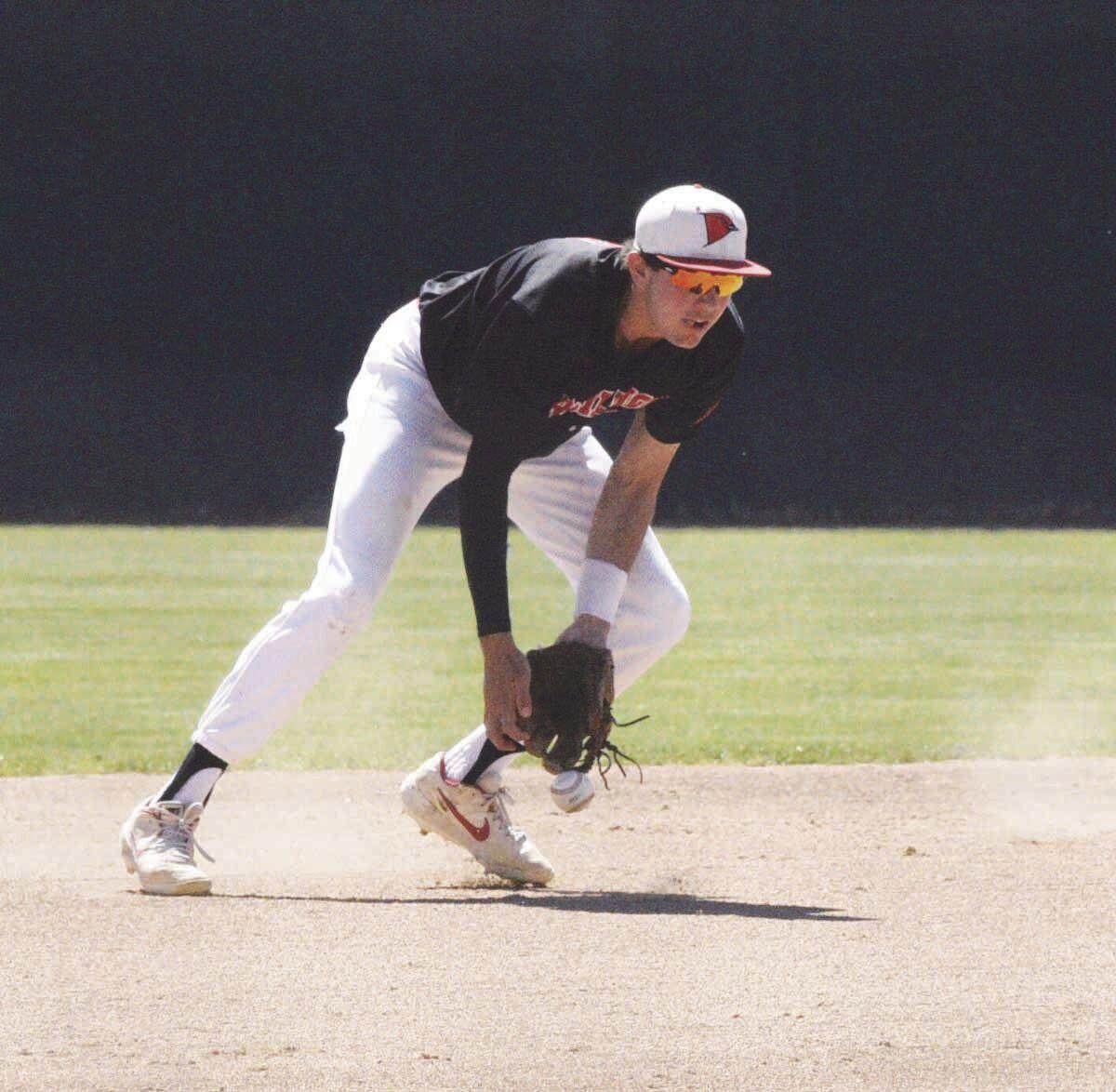 Vermillion utility player Clayton Sorensen swings at a pitch during Monday's first round game against Howard in Sioux Falls.

Vermillion pitcher Jake Jensen fires home during Monday's game against Howard at the Class 'B' State Tournament in Sioux Falls.

SIOUX FALLS – A sacrifice fly in the top of the fifth inning by Jake Jensen proved to be the difference in a 3-2 Tanager win over Howard in the first round of the Class ‘B’ State Baseball Tournament at Sioux Falls Stadium in Sioux Falls Monday.

Jensen went 0-for-3, but all three runs scored during one of his at-bats. Jensen reached on an error in the first, bringing in Connor Saunders. In the third Jensen grounded out to first base, with Willis Robertson coming across the plate to score. Then the sacrifice fly in the fifth was the winning run.

“Jake had a couple RBI and the sac fly was big,” Vermillion head coach Tom Heisinger said. “Saunders getting on base and moving runners really helped us. We didn’t light up the scoreboard but we had enough to do it.”

Saunders scored of two of the three runs for the Tanagers. Robertson reached safely in three of his four at-bats, including a pair of singles. The top of the Vermillion line-up did most of the damage for the Tanagers, who advance to the state semifinals Tuesday.

Jensen started on the mound for the Tanagers, pitching sixth innings in the win. Jensen gave up four hits and two runs. He struck out five and walked one. Robertson came out to pitch the seventh inning, striking out two and hitting one batter, but recorded the save.

“Jake has been our workhorse all year,” Heisinger said. “I went back and forth on if we go to Willis there. Jake was doing pretty well but we had Willis in the bank and didn’t waste to waste it, so we gave him the opportunity.”

For Howard, Riley Genzlinger struck out three, giving up five hits and three runs. A single in the third and a two-out RBI-double by Ryder Erickson in the fourth tied the game at two through four innings.

Vermillion will face West Central in the semifinals Monday at noon.