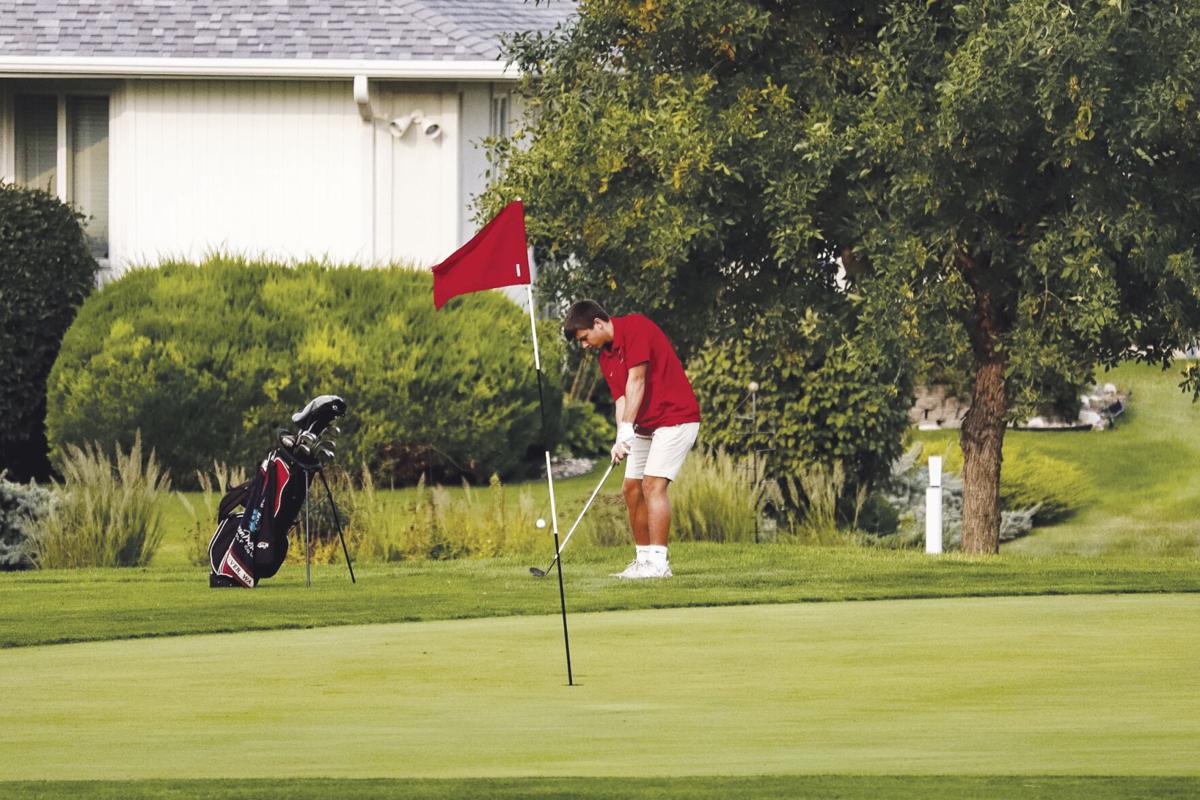 Junior Jackson Girard chips the ball onto the green in the VHS Invite last Wednesday at The Bluffs. 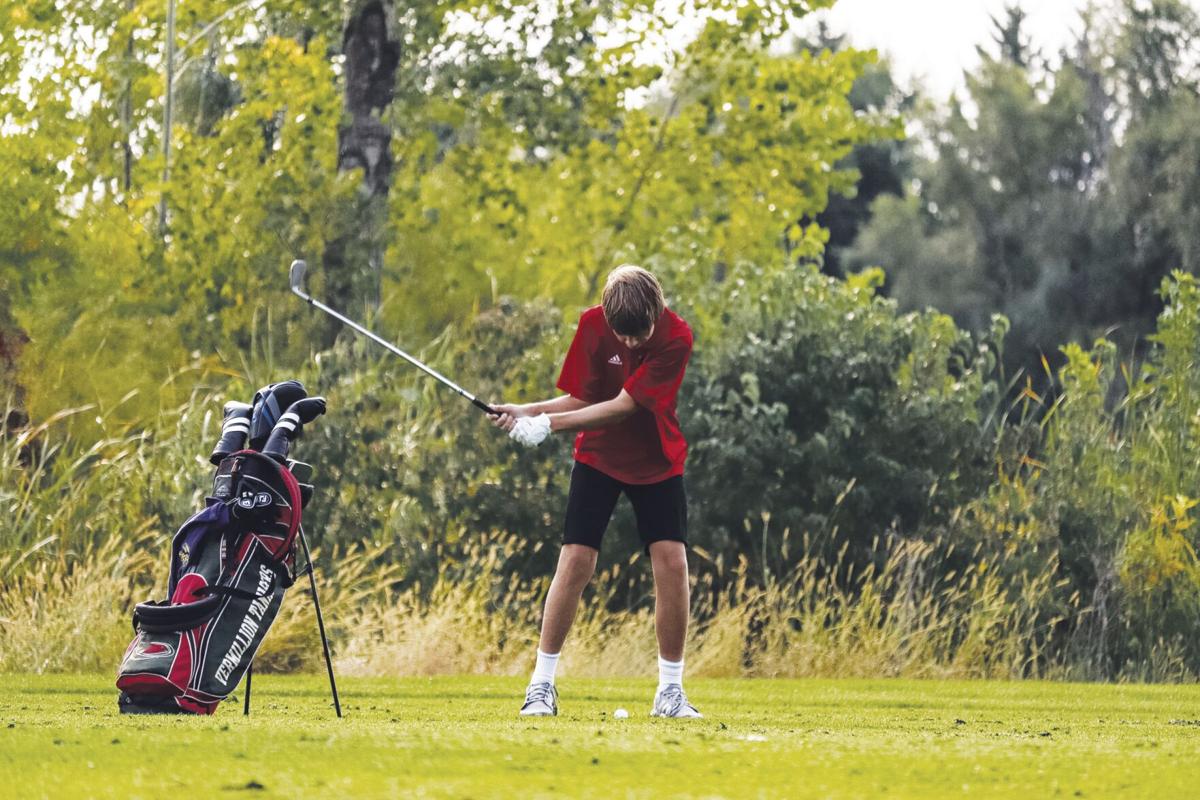 Seventh-grader Cooper Girard takes a shot from the fairway at the VHS Invite last Wednesday in Vermillion.

Junior Jackson Girard chips the ball onto the green in the VHS Invite last Wednesday at The Bluffs.

Seventh-grader Cooper Girard takes a shot from the fairway at the VHS Invite last Wednesday in Vermillion.

The Vermillion boys’ golf team hosted the VHS Invite last Wednesday at The Bluffs Golf Course. The Tanagers won with 326 team points. Sioux Falls Christian was 11 points behind for second.

Dakota Valley’s Paul Bruns won the individual title with a 75 in 18 holes.

“We have been very close to winning a lot of the invites,” said junior Carter Mart. “The team has been playing very well as of recent, and we are looking to build on that and keep playing good golf.”

Mart was the top Tanager, tying for fifth at 79. Junior Willis Robertson tied for eighth with 81.

Junior TJ Tracy tied for tenth with an 82. Eighth-grader Kade Reuvers tied for 13th after shooting an 83.

Eighth-grader Carter Hansen shot an 84 to tie for 15th. Junior Jackson Girard tied for 17th at 85.

Seventh-grader Trey Hansen shot an 88 to tie for 20th. Senior Hunter Lavin and junior Kaleb Preister tied for 22nd with an 89.

Seventh-grader Cooper Girard tied for 26th with a 91. Junior Ben Burbach shot a 92 to tie for 28th. Eighth-grader Karson Preister had a 93 for a tie at 34th place.

“I am very proud of how well both our Varsity and Junior Varsity teams played at the home invite on Wednesday,” said Mart. “I am proud of all the young middle schoolers coming into maybe their first invite and playing with competition and scoring very well.”

Vermillion will golf at Regions Monday at Bakers Crossing in Sioux Falls at 9 a.m.