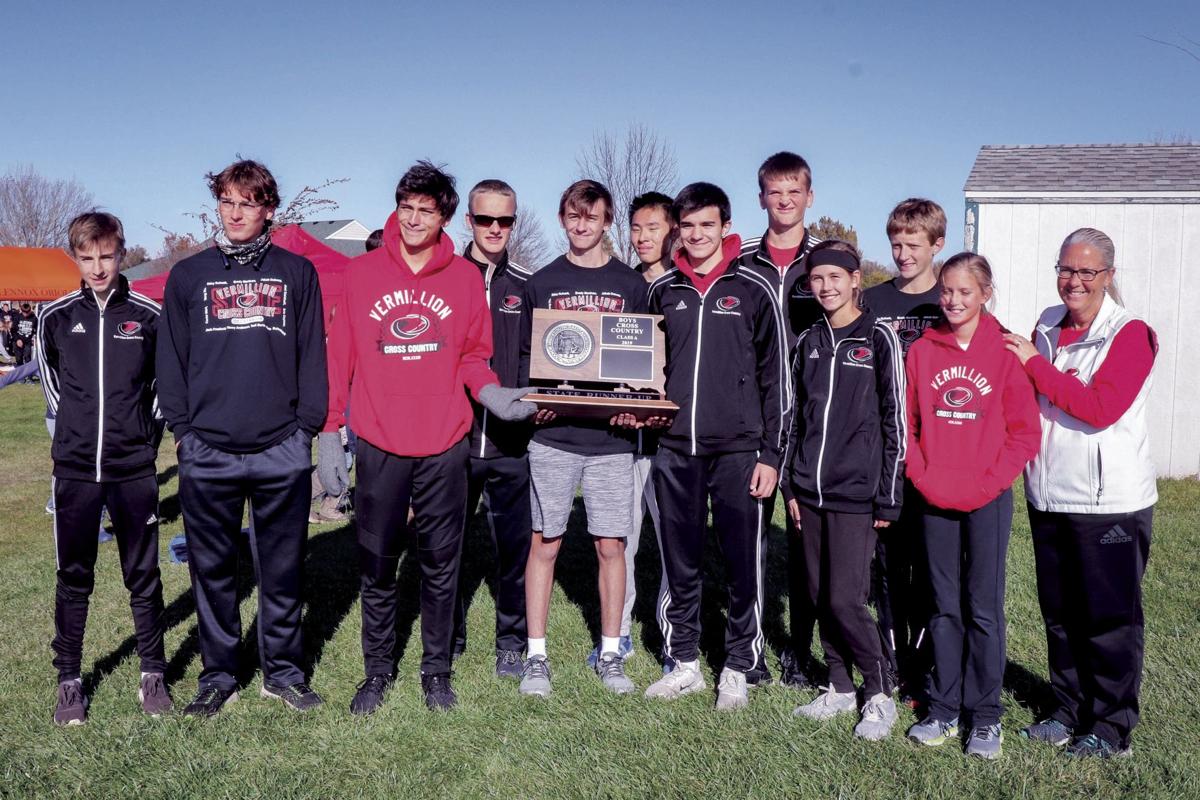 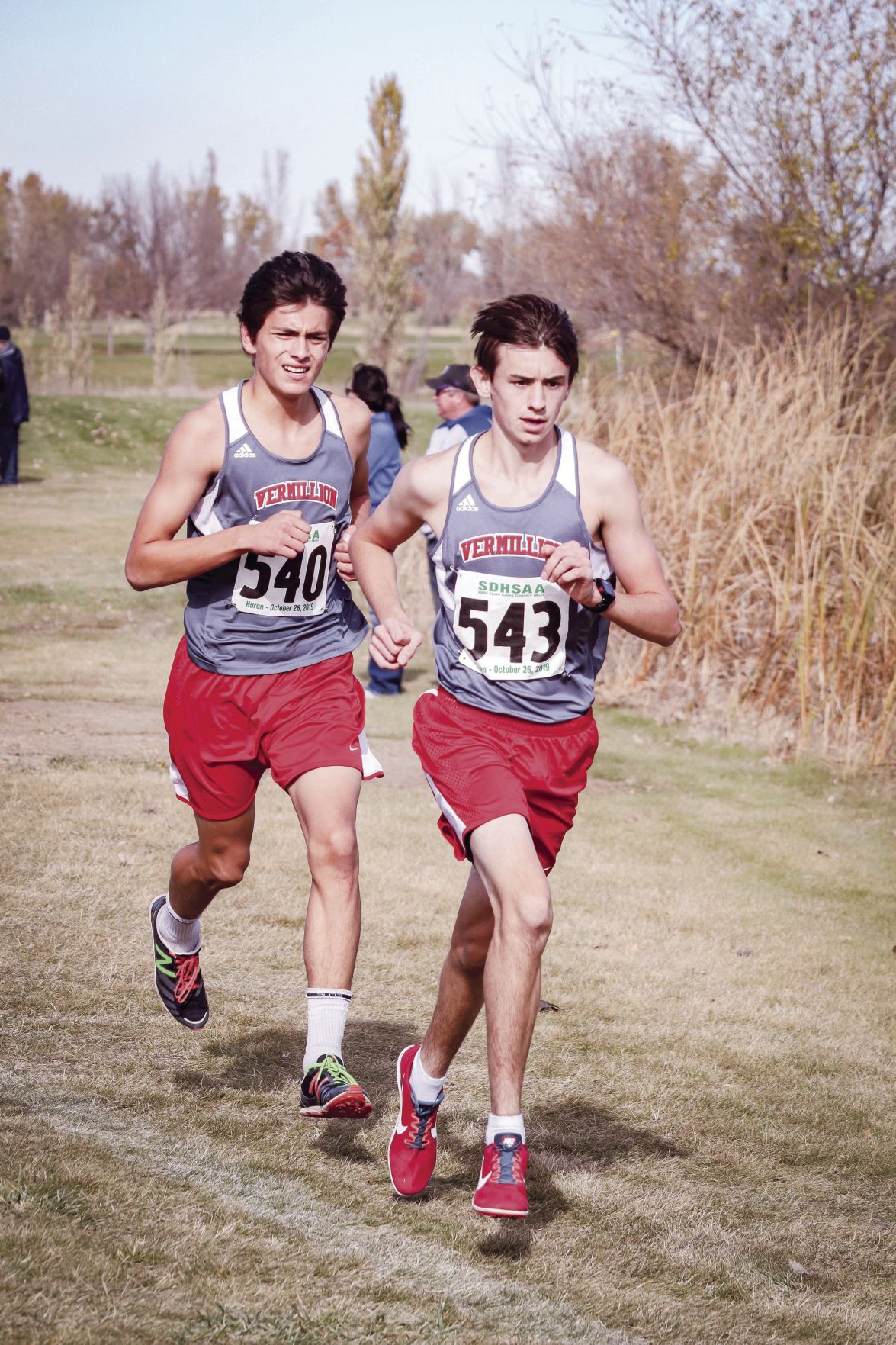 Juniors Jakob Dobney and Riley Ruhaak chase the front pack in the Class A run last Saturday at the State Cross Country Meet in Huron. 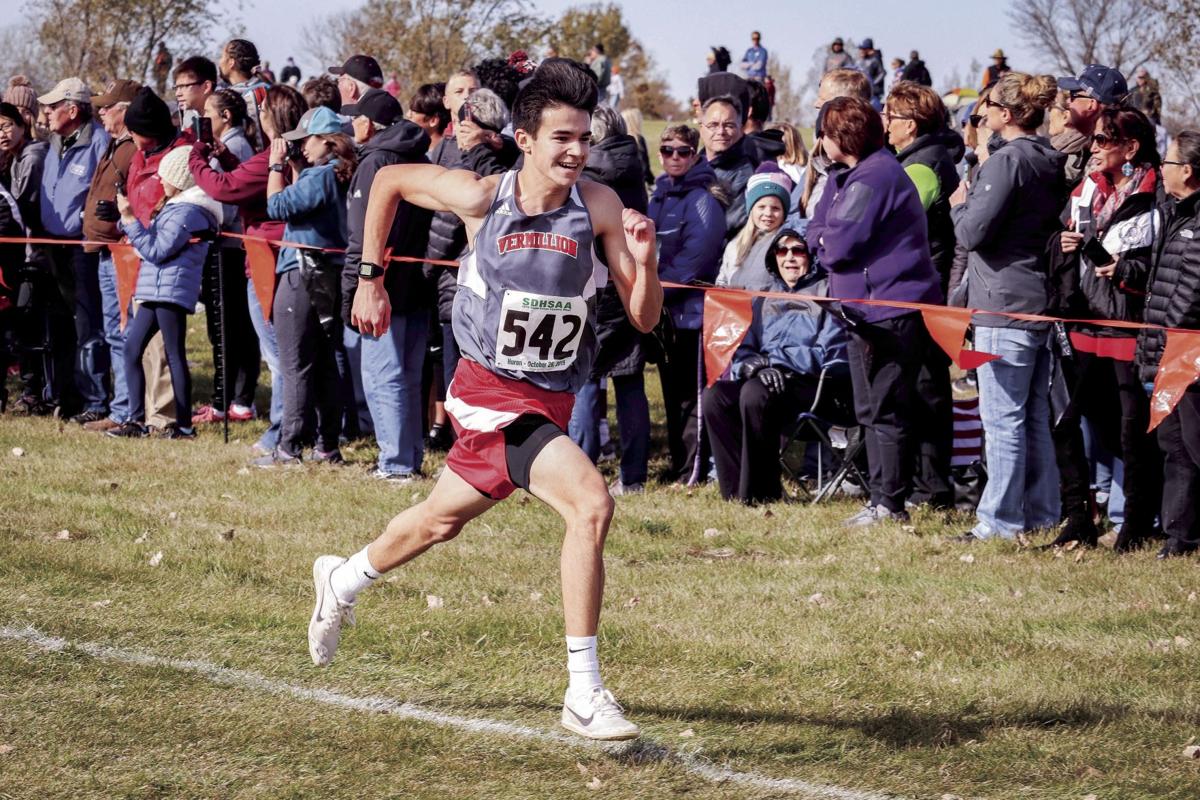 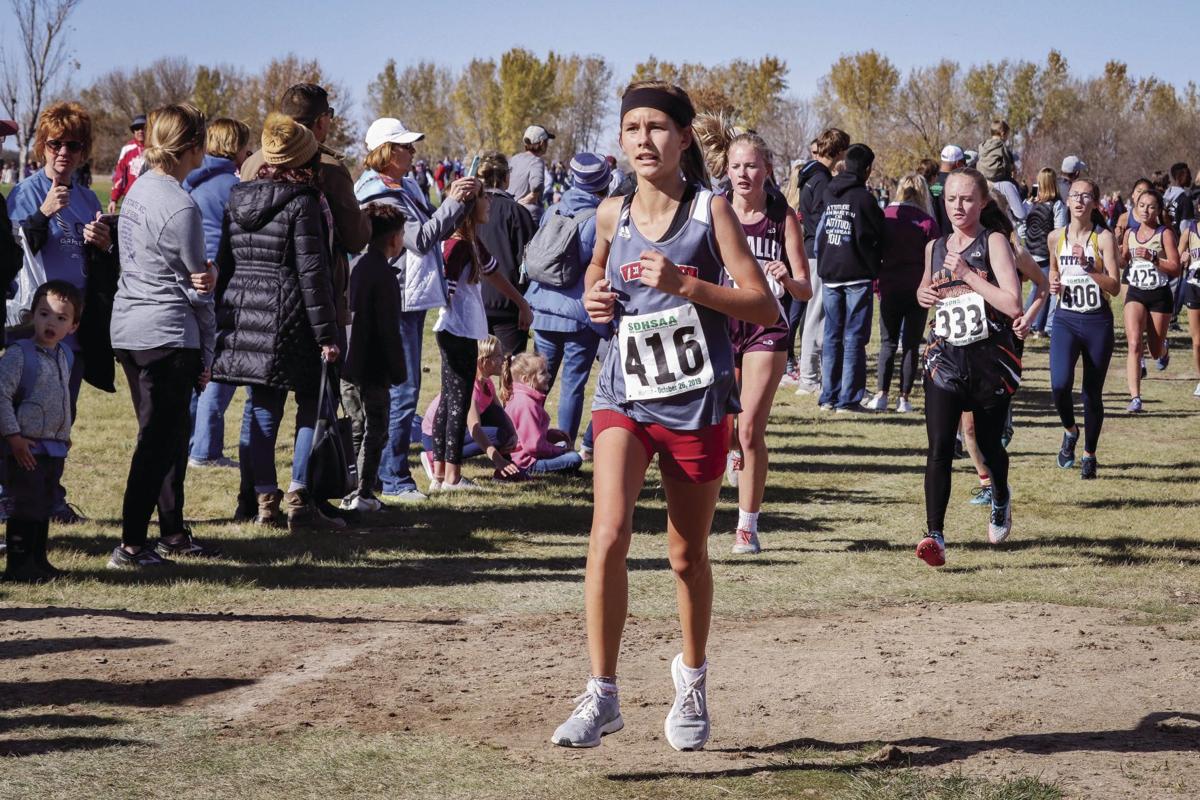 Juniors Jakob Dobney and Riley Ruhaak chase the front pack in the Class A run last Saturday at the State Cross Country Meet in Huron.

The Vermillion cross country team had seven runners compete at the Class A State Cross Country Meet this past Saturday in Huron at the Broadland Creek Golf Course. The top 6 teams and 25 individuals of each class were awarded.

The Vermillion boys earned second as a team, and eighth-grader Taeli Barta placed 28th in the girls’ race.

“We had a really good result as we were only expected to get third or fourth,” said senior Brady Martinez. “The thing I’ll miss the most is the guys I grew such a strong connection with through the hard practices and meets all season long.”

The Tanager boys placed second in Class A.

Sioux Falls Christian won the division. Freshman Sawyer Clarkson of Belle Fourche won the individual title with a time of 16:25.14.

In the Class A girls’ race, Custer captured the team title, and freshman Ali Bainbridge of Lennox won individually in a time of 18:54.63.

The Vermillion cross country team will lose their six seniors rostered after this season.

The three that went to state—Martinez, Bohnsack, and alternate Yang Xu—said the state meet was their favorite part of their senior season.

“My favorite part of my cross country season was getting to cheer on my teammates at the state meet in Huron,” said Xu. “Personally, I loved the team chemistry we all had, and the talking and laughter made the practices extremely enjoyable and fun. I'll miss having those after school practices with them every day.”

The three all say what they will miss the most after this season is their teammates.

Meanwhile, Vermillion’s young team will return next season with another year of experience under their belt.