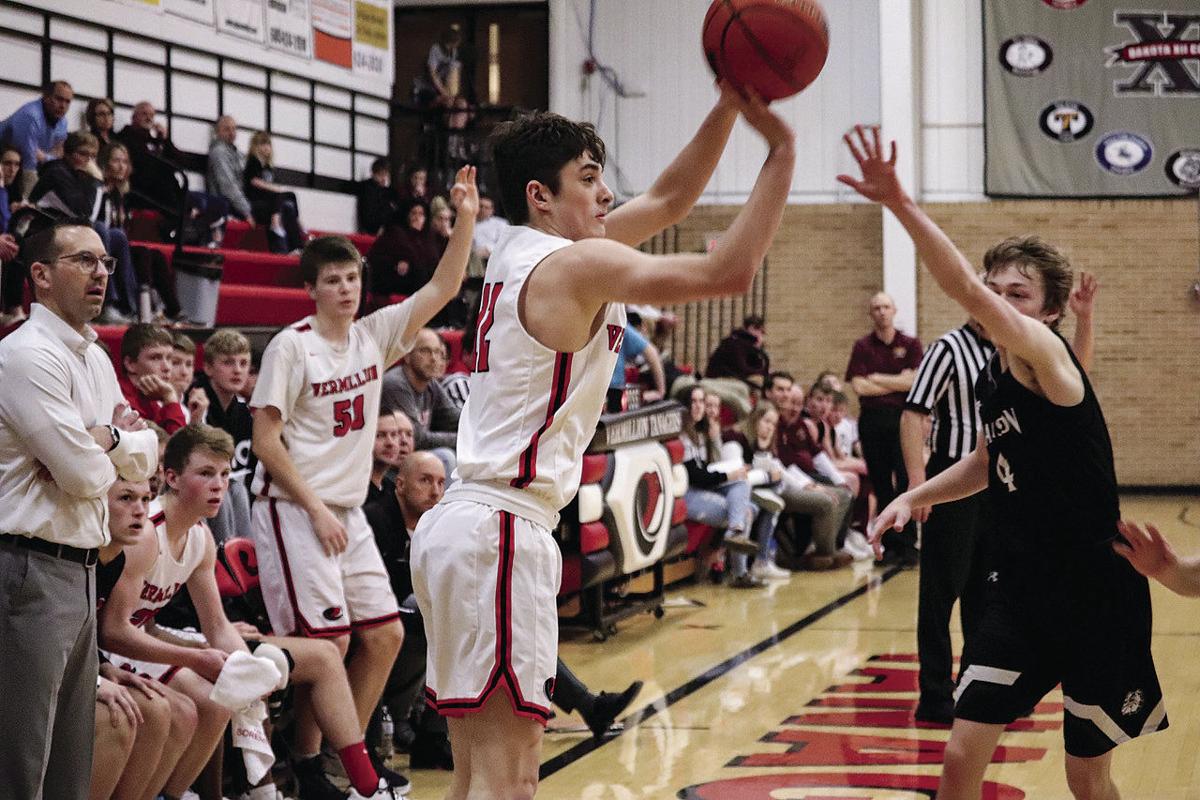 Sophomore Charlie Ward pulls up from beyond the arc against Madison in Vermillion's home win Monday night. 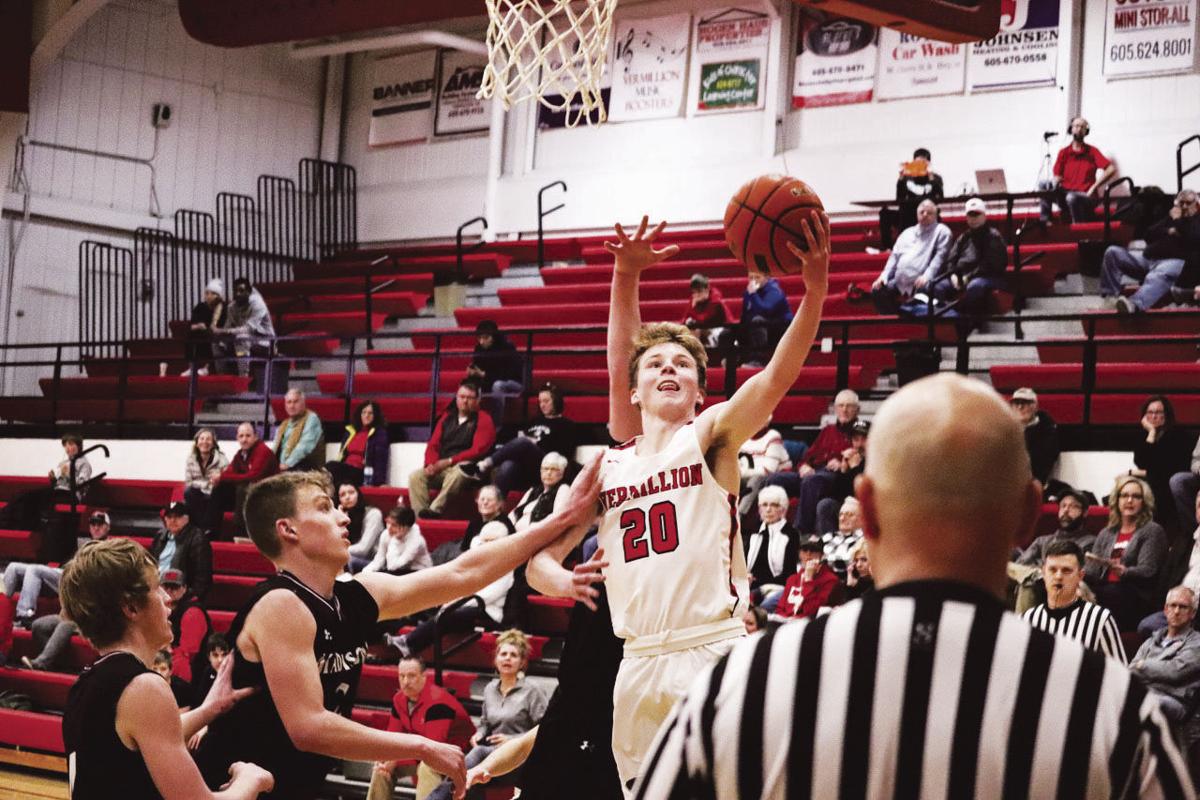 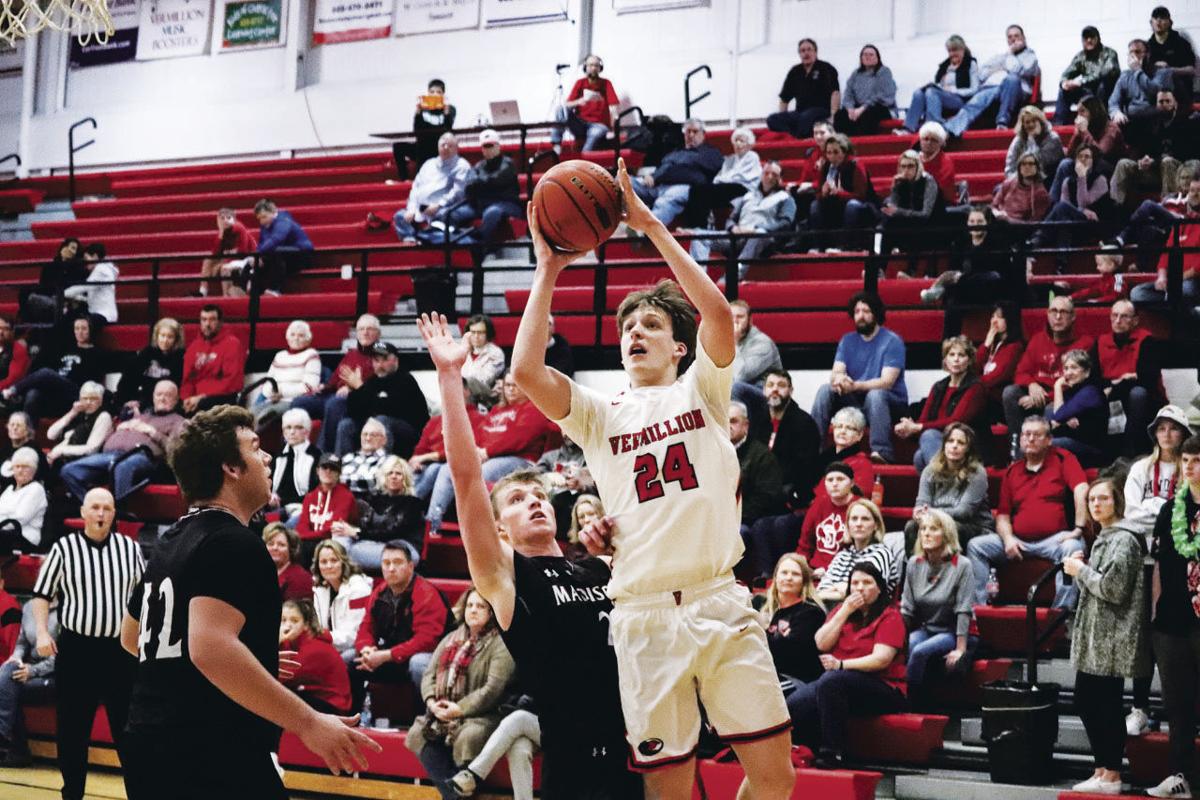 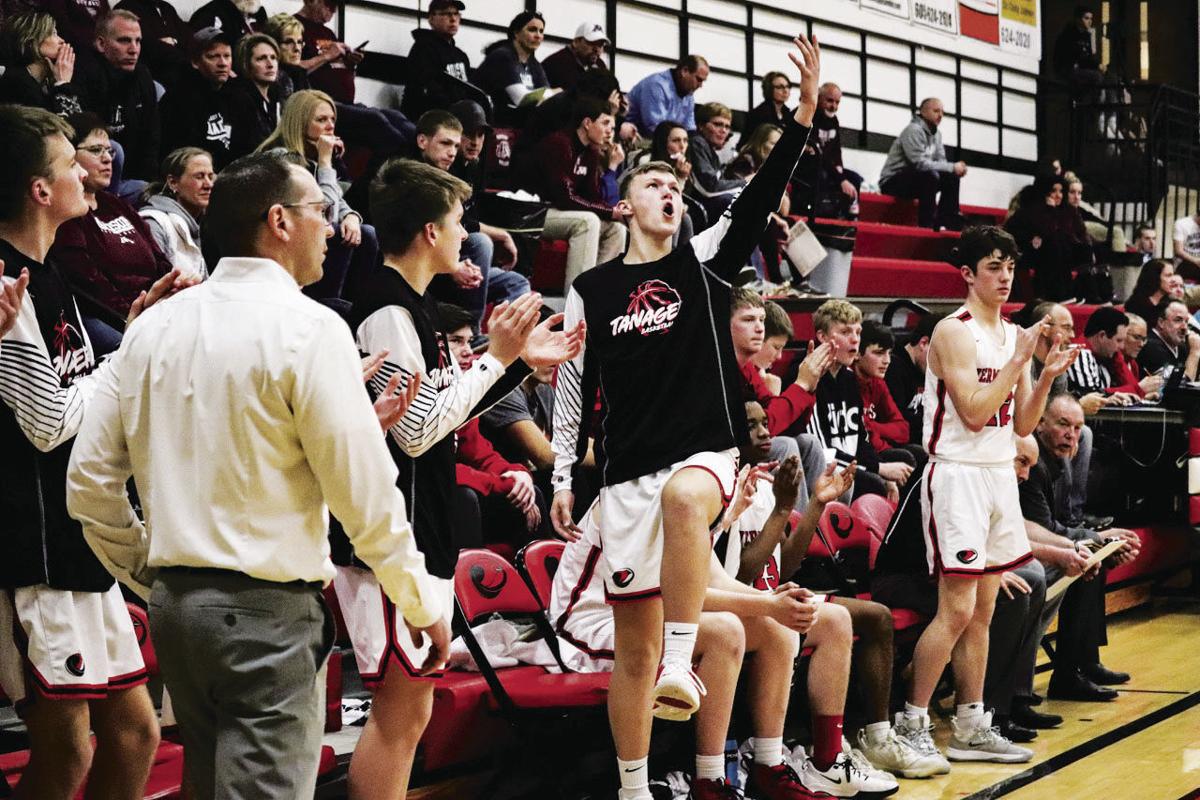 The Tanagers celebrate after a bucket in Monday's win over the Madison Bulldogs.

Sophomore Charlie Ward pulls up from beyond the arc against Madison in Vermillion's home win Monday night.

The Tanagers celebrate after a bucket in Monday's win over the Madison Bulldogs.

Vermillion basketball hosted a doubleheader last Friday against LeMars, Iowa. The Lady Tanagers were topped 32-49, and the boys won 53-42.

“From these last two losses, we have become more exposed to our weaknesses, which is not always a bad thing,” said Vermillion senior Lexi Saunders. “We take these things to practice and continue to improve.”

The Tanagers were outscored by seven in the second quarter, entering halftime behind 13-23.

In the third quarter, both offenses were low-scoring. Vermillion held LeMars to nine while scoring seven themselves. The home team remained down 20-32 going into the final quarter.

Vermillion scored 12 in the fourth, but the opponents had their highest-scoring quarter with 17 of their own. The Tanagers fell to LeMars 32-49.

“We continue to work on our offense and fine-tune it so we are more aware of our ability’s on the court,” said Saunders. “We hope to show these improvements in the next games to come before playoffs.”

For LeMars, Jaelynn Dreckman had 16 points, and Karlee Schiff tallied 14.

In the boys’ game, Vermillion won 53-42 against an unfamiliar, out-of-state opponent after being down at the half.

“The only difference is LeMars is in a different state,” said senior Sam Ward. “Basketball is still basketball, but it’s always fun when a South Dakota school beats an Iowa school.”

The Tanagers were in a close game as they were down 9-10 after the first quarter.

LeMars built their lead to nine in the second, but Vermillion edged their way back to be behind 17-20 at halftime.

The Tanagers held their opponents to six points in the third, taking the lead 27-26 with one eight minutes to go.

In the fourth, Vermillion took charge and outscored LeMars by 10 to win with their largest lead 53-42.

“We did not shoot great against LeMars,” said Ward. “We used the defensive mentality to keep LeMars from scoring as well. As long as we defend well, we can play with anyone.”

For LeMars, Spencer Mackey had 15 points, and Alec Dreckman tallied 10.

The Vermillion girls will play their final game of the regular season Monday at Canton. The doubleheader will begin with the girls’ varsity game at 6:30 p.m. The boys will play at 8.

“I’m hoping that we can get a hype enough environment like we do at home,” said Saunders. “As a team, we like to feed off energy from the crowd, so I hope we can continue that energy on the road.”

The boys will end their regular season at home Tuesday against Flandreau Indian at 7:30 p.m.