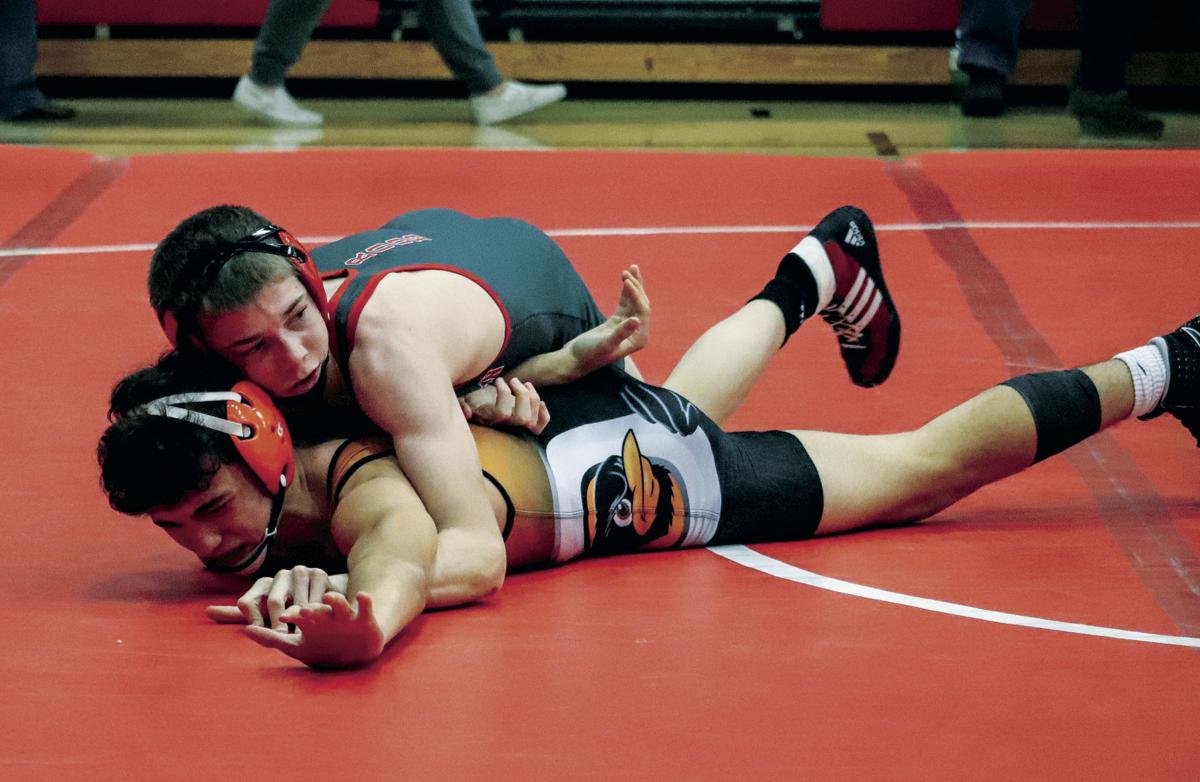 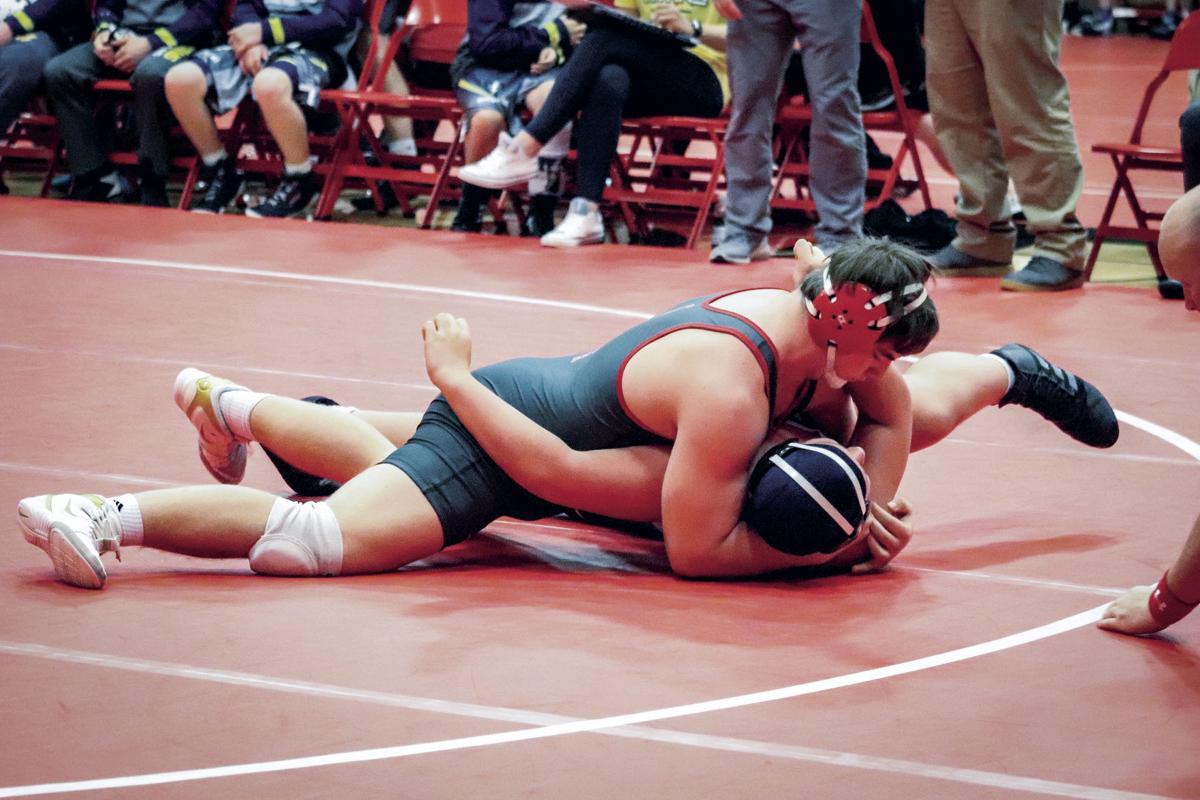 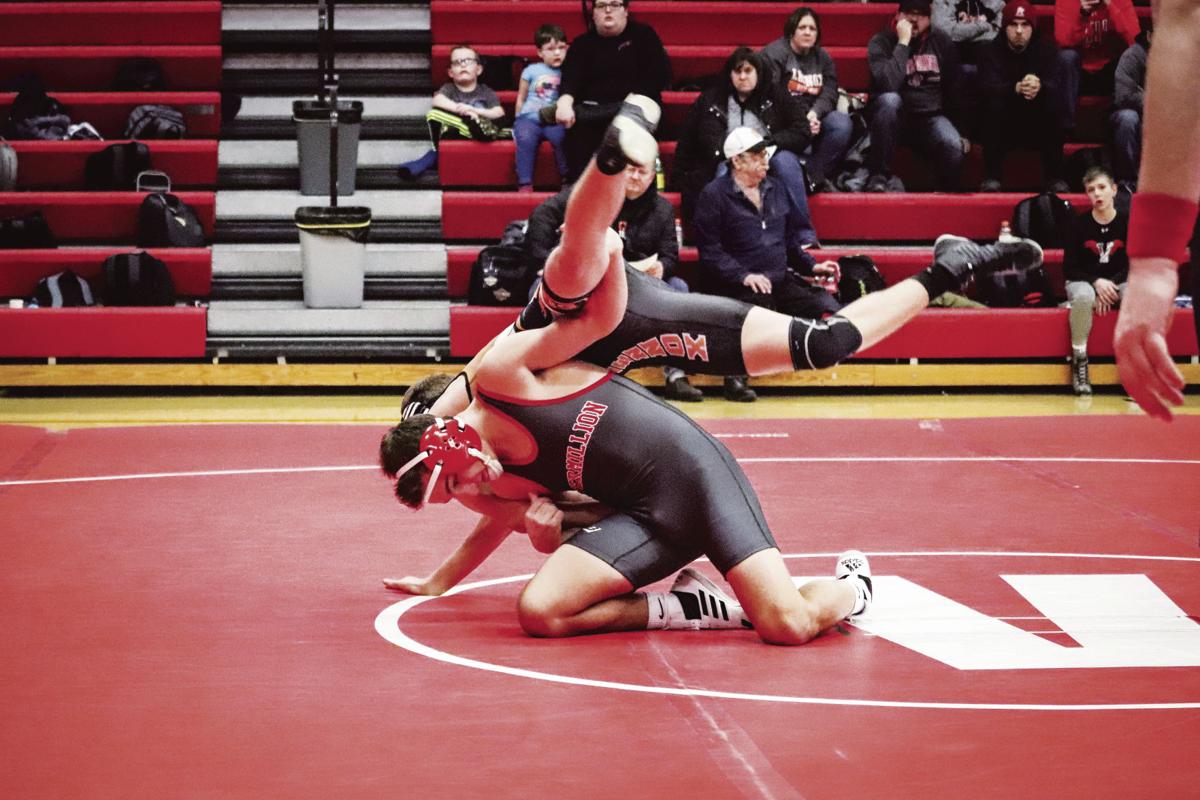 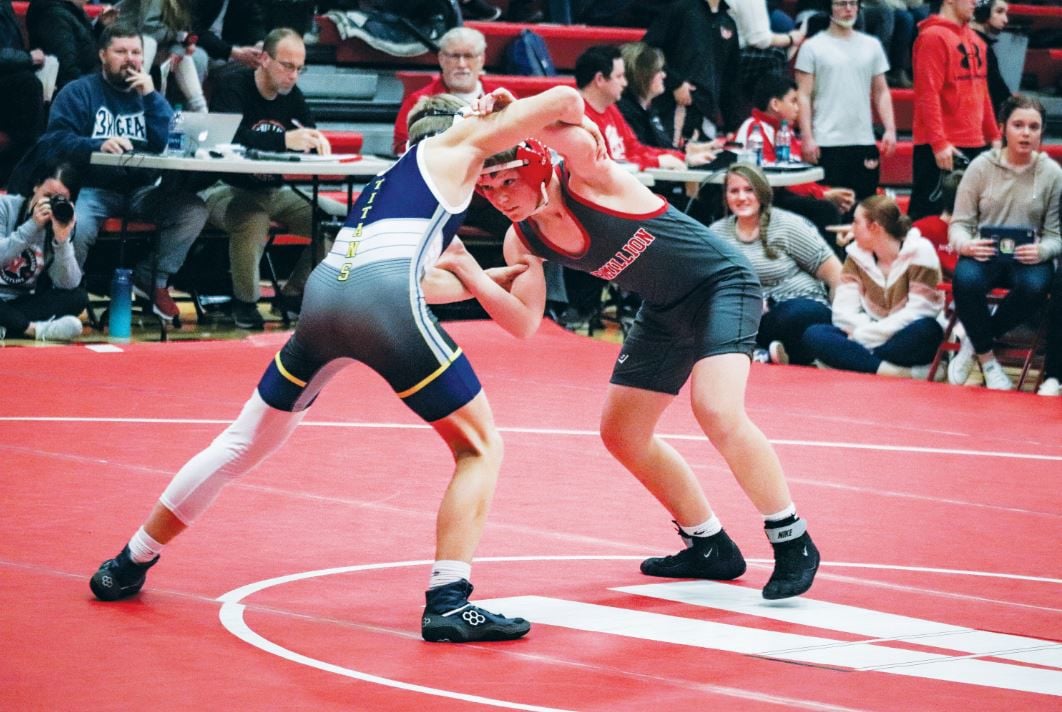 “The guys never stop working and push to reach their goals every day that they set at the beginning of the season,” said the No. 5 wrestler in Class A in the 220 weight class, senior Kobe Culver, about what the team has been doing well so far this season.

In the 106 weight division, eighth-grader Hayden Schroeder won by forfeit over Lennox and Canton. Schroeder was pinned by #3 Quincy Hulverson of Tea Area.

Seventh-grader Connor Peterson (113) won by forfeit over Lennox. Peterson then fell to #2 Wyatt Stuntebeck of Tea Area, but he came back to pin Cole Sehr of Canton.

At 120, junior Nick Roob pinned Sawyer Bowers of Lennox. Roob lost to #5 Connor Eimers of Tea Area by an 0-8 major decision and was pinned by Andy Meyer of Canton.

In the 126 weight class, seventh-grader Rollie French was pinned by Brandon Otte of Lennox, Hunter Wilson of Tea Area, and by Canton’s Luke Richardson.

At 138, freshman Caleb Emerson was pinned by Jacob Marshal of Lennox, Tea Area’s Carson Lohr, and Kellyn March of Canton.

At 152, sophomore Caleb Harty was pinned by Ryan Smidt of Lennox, Preston Eimers of Tea Area, and Canton’s Seth Peterson.

Junior John LaCognata (170) defeated Dawson Anderson of Lennox in a close 9-8 decision. LaCognata then fell to Tea Area’s Justin Walz by an 0-11 major decision and was pinned by Canton’s Shaeden Scheidt.

At 182, senior Brock Voss was pinned by Ben Zarr of Lennox. Voss bounced back and pinned Isaac Johnson of Tea Area but fell to Canton’s Josh Merkle in a 4-14 major decision.

Sophomore Andonn Person wrestled in the 195 weight class and was pinned by Lennox’s Fran Persic, #4 JT Panning of Tea Area, and by Canton’s Elijah Isais.

“I’m proud that all my work that I put into going to practice and giving my all in that wrestling room has got me to 100 wins and possibly a chance at that title this year,” said Culver. “I’ve been wrestling my whole life, and the past two years, I haven’t had a chance to place at state due to a surgery and an injury, so I want to be at the top my last year of wrestling.”

The Tanagers will compete this Saturday in the Dak XII Conference Tournament in Tea at 10 a.m.