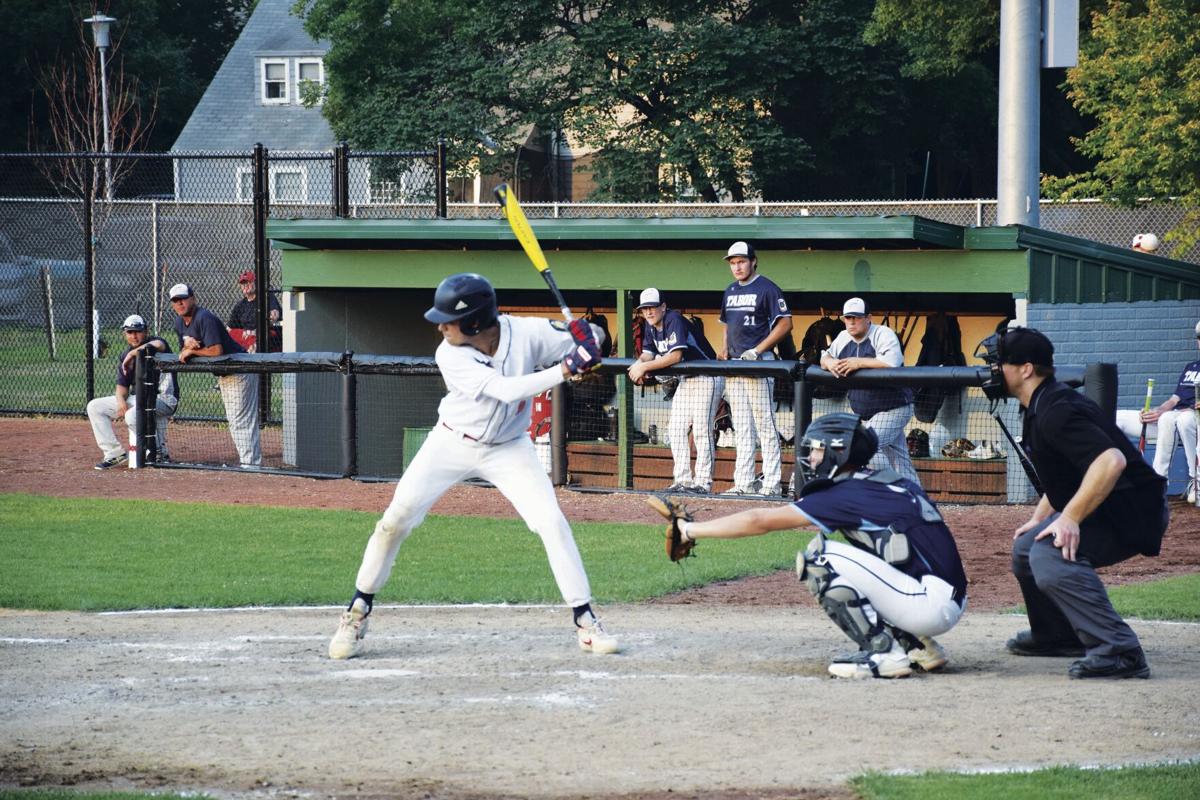 Jack Kratz at the plate vs Tabor. 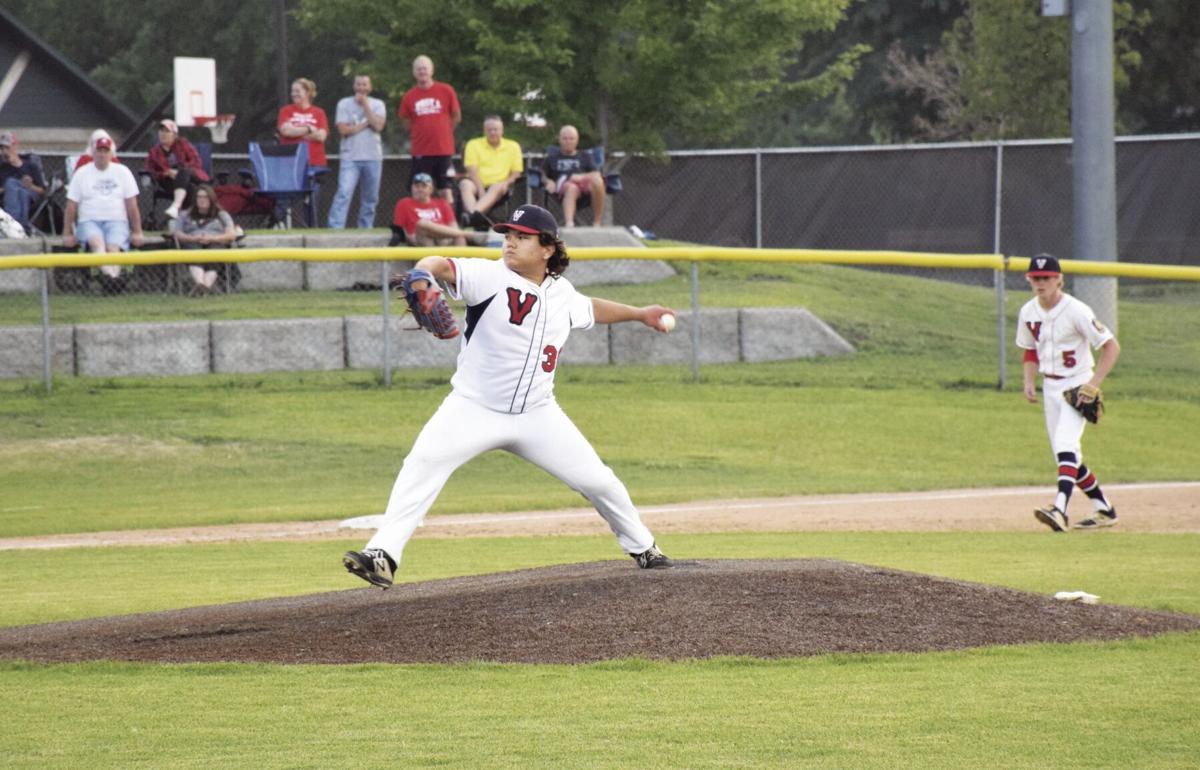 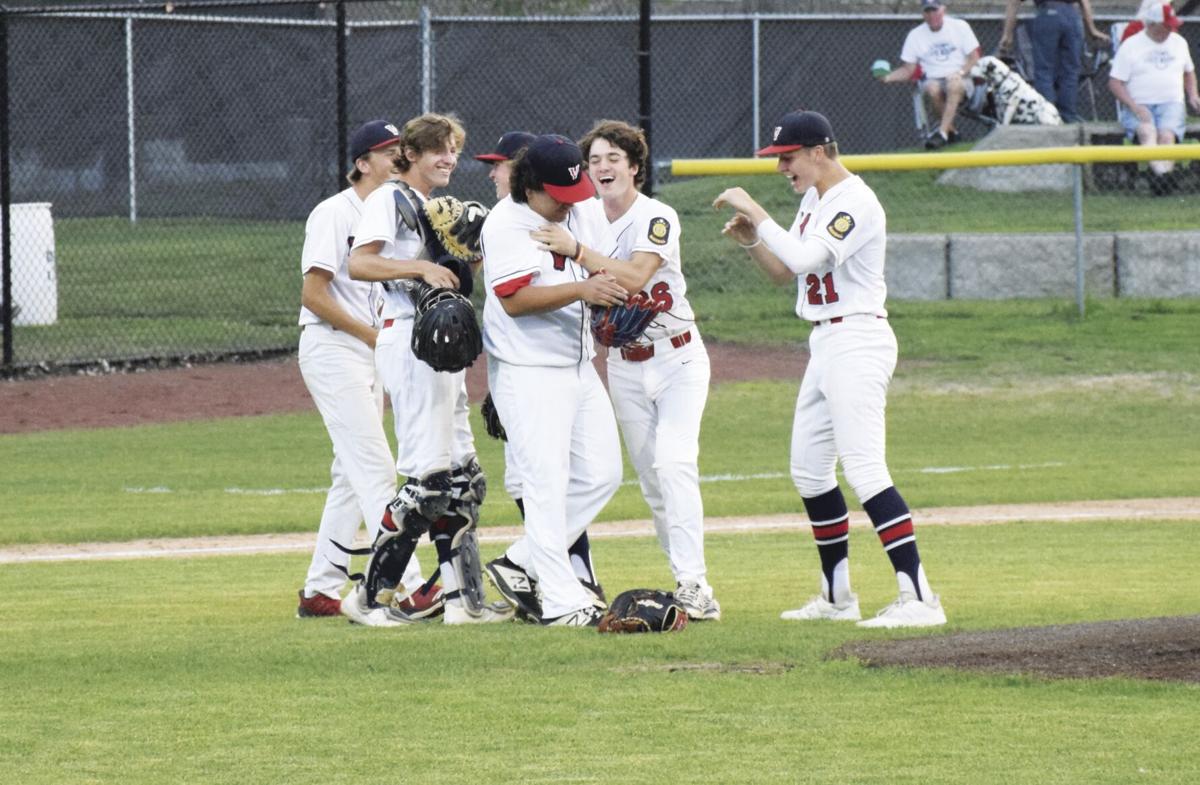 Timmy Dixon gets mobbed by his teammates after the win.

Jack Kratz at the plate vs Tabor.

Timmy Dixon gets mobbed by his teammates after the win.

In a rematch of a very tight game earlier this summer, Tabor visited Prentis Park last Thursday evening, and the results were very similar.

The game was scoreless until the third inning when Vermillion plated two runs and went on to hold off the visitors by a final score of 5-2.

Vermillion handed the ball to Timmy Dixon to start, and even though the junior had never started on the mound before in a senior legion game, the lefty prevailed. Dixon allowed just the two runs in fifth inning but held on for the complete game victory against a tough Tabor team. Dixon finished the night allowing only five Tabor hits, striking out four and only walking three.

Dixon was in command all evening and kept the Tabor offense struggling to put the ball in play. He only faced 28 batters in the seven inning affair, but did a great job at keeping the batters off balance with 18 first pitch strikes.

Post 1 used only three hits to get the victory. Dylan Thelen, Connor Saunders and Jack Kratz all smashed singles. Thelen would add two RBI to his tally sheet, while Kratz added one.

Vermillion capitalized on three Tabor errors at key times to get base runners on and keep the pressure on. Post 1 would score two runs in the third to take the early lead. Then added three more in the bottom of the fifth to keep the game out of reach for the visitors.

The post season starts this week with Region play in Lennox as Post 1 faces off with Elk Point-Jefferson at 2pm. Full region results will be available in next week’s edition of The Plaintalk. For updates during the tournament, please visit @vermpost1 on Twitter.