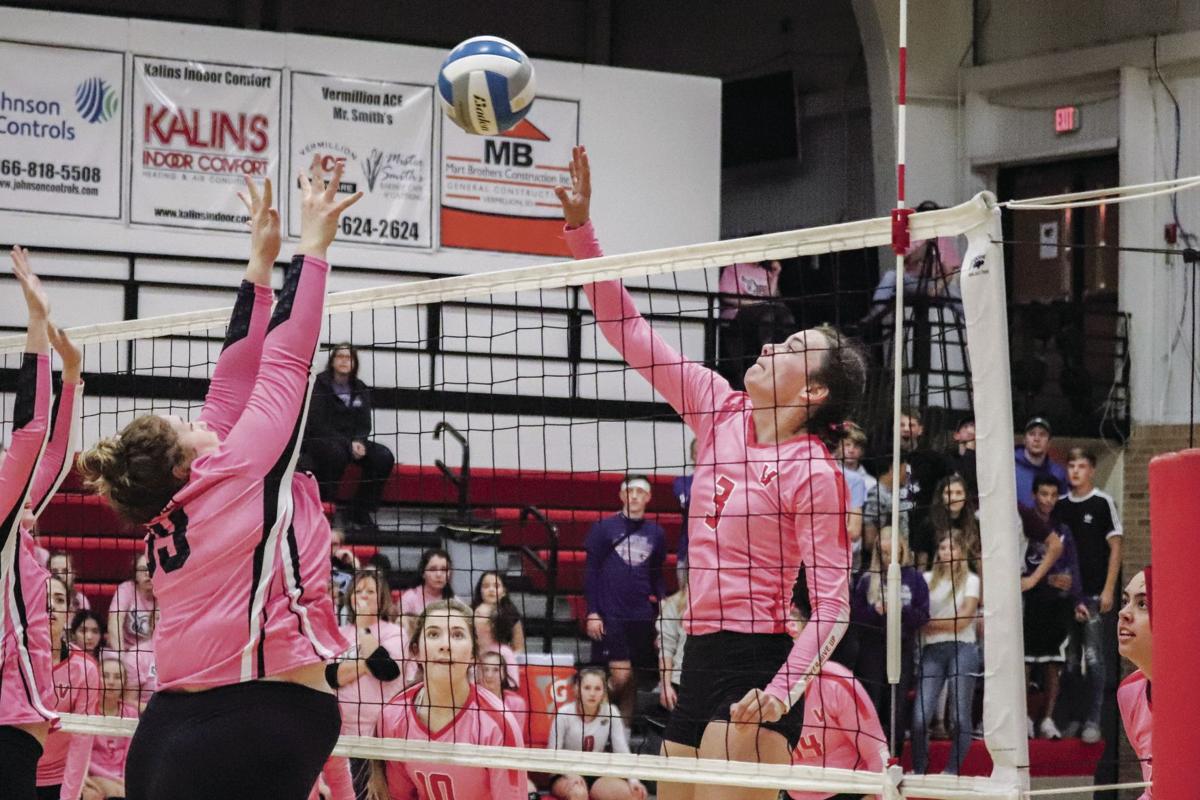 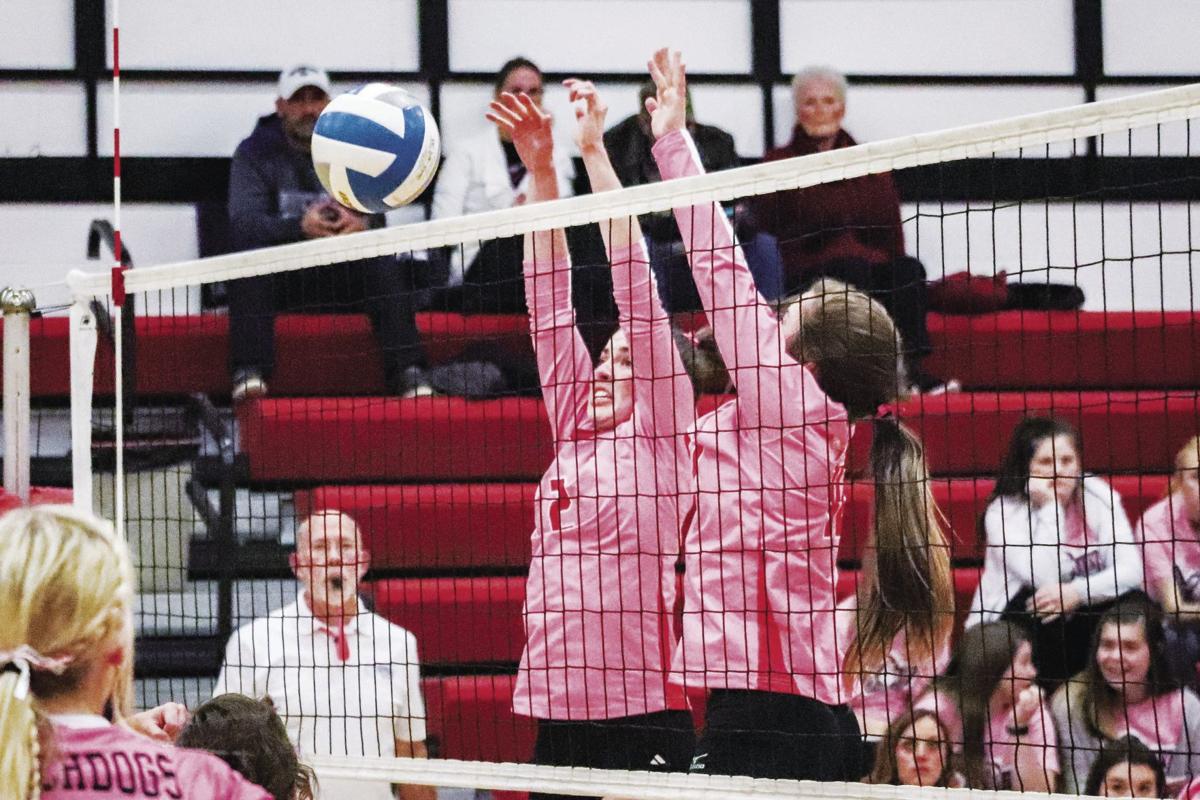 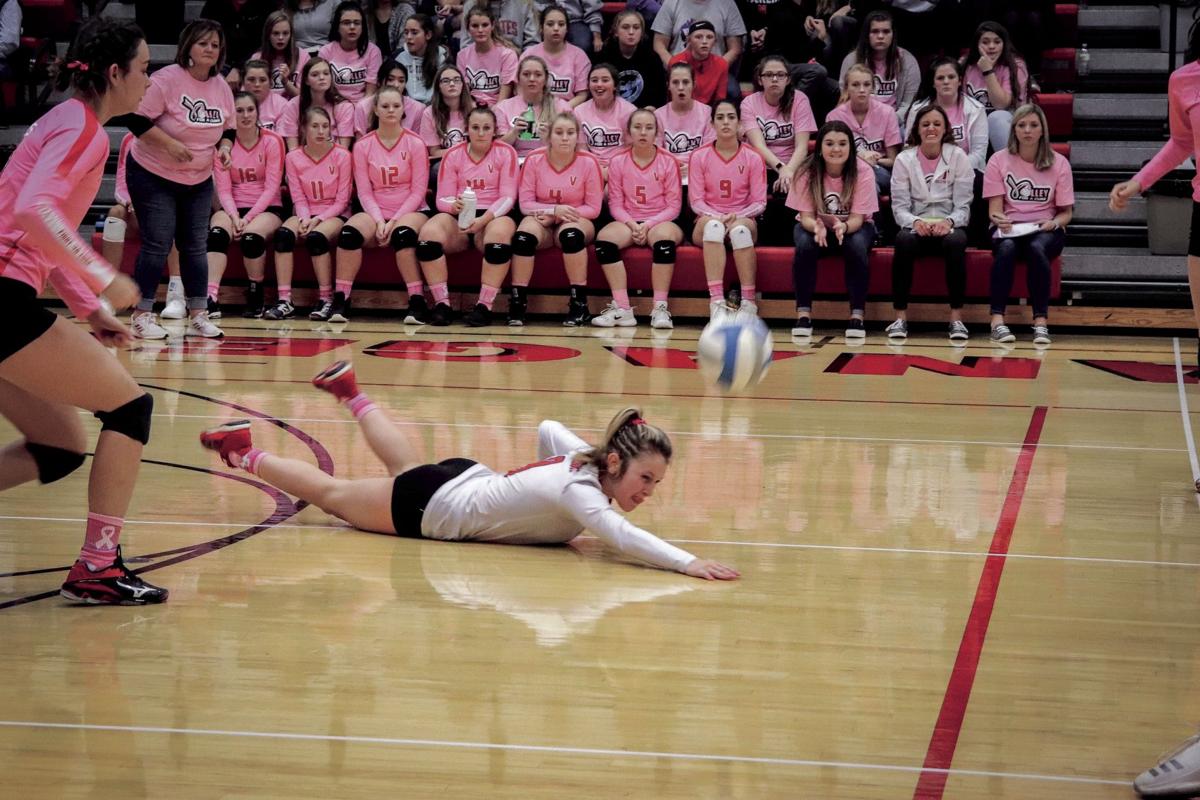 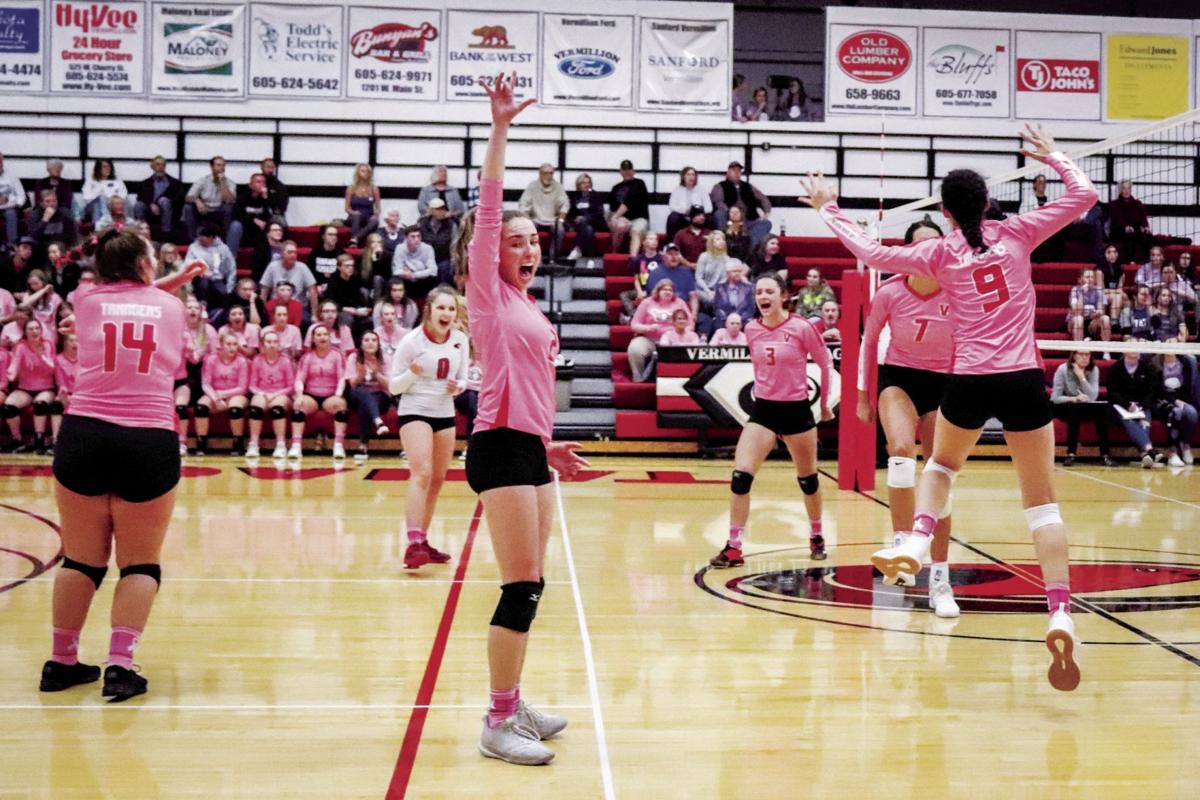 The Tanagers celebrate after senior Paige Krell (#9) gets the kill against Beresford this past Tuesday.

The Tanagers celebrate after senior Paige Krell (#9) gets the kill against Beresford this past Tuesday.

The Tanager volleyball team hosted Beresford this past Tuesday. Vermillion fell 1-3 to the Watchdogs.

The Tanagers had many close sets, but the opponents persevered in the end. Vermillion lost the first set 21-25.

Vermillion continued to battle but fell in the second 24-26.

In the fourth, Beresford ended the game as Vermillion lost the set 19-25.

Vermillion will play next at Dakota Valley this Friday at 7:30 p.m. The Tanagers play their final regular-season game Tuesday in Elk Point-Jefferson at 7:30 p.m.