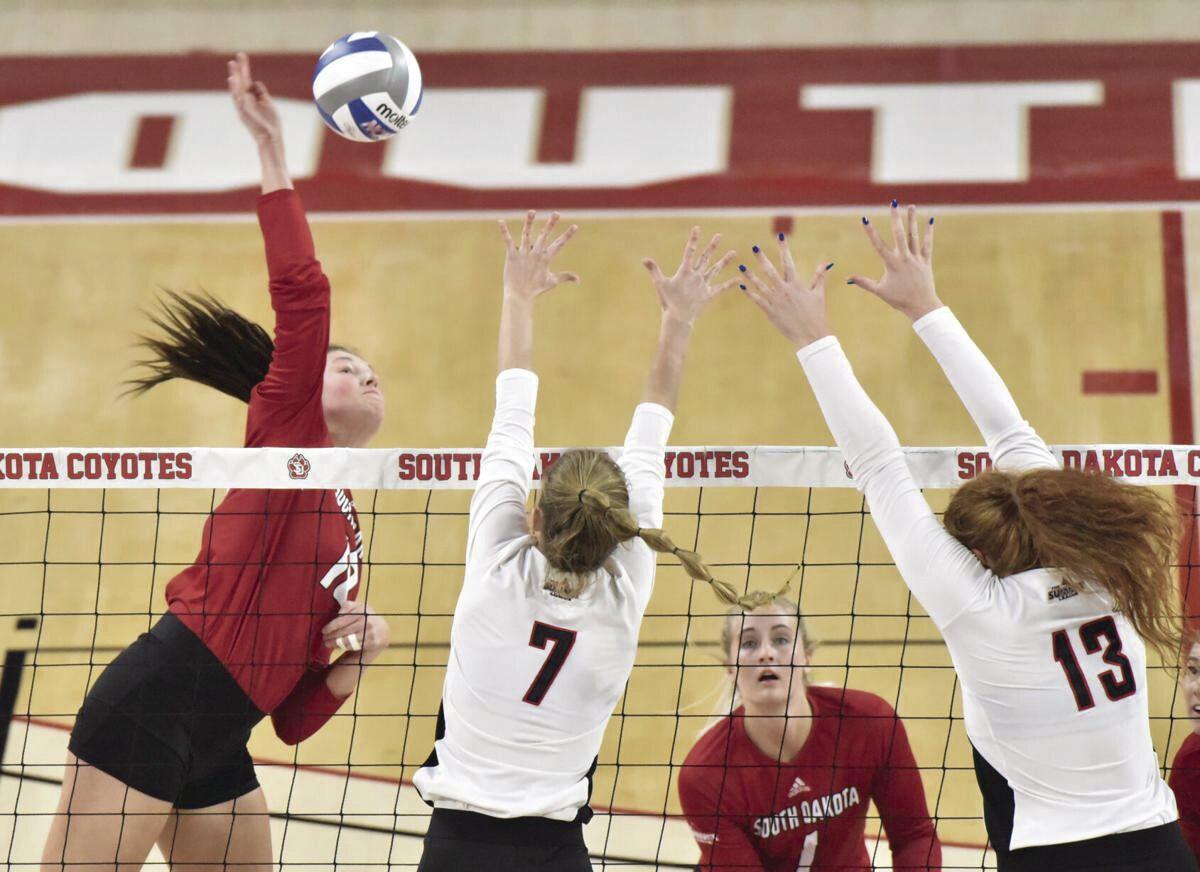 South Dakota's Maddie Wiedenfeld attacks against the block attempt of Omaha's Alexa Blase, 7, and Rylee Marshall, 13, during their Summit League volleyball match on Monday at the Sanford Coyote Sports Center. 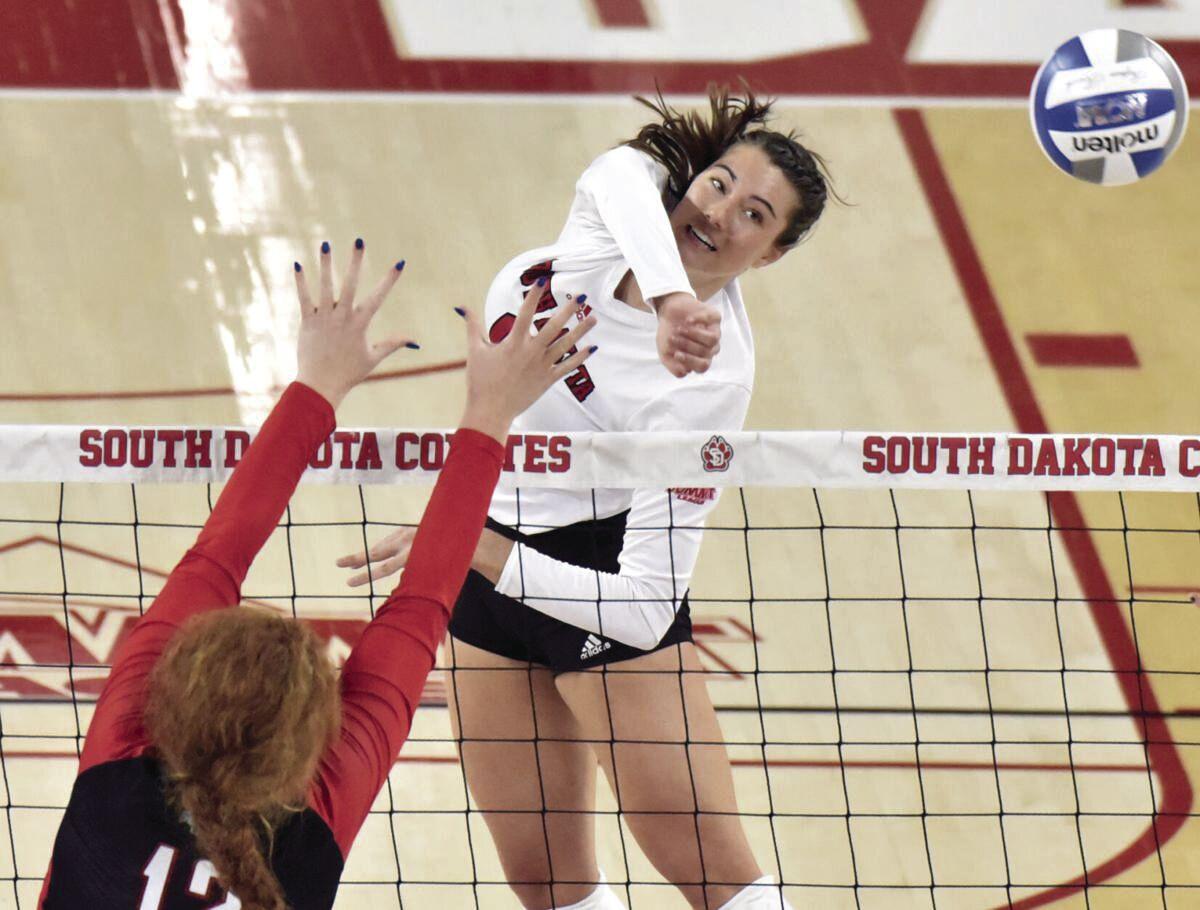 South Dakota's Maddie Wiedenfeld attacks against the block attempt of Omaha's Alexa Blase, 7, and Rylee Marshall, 13, during their Summit League volleyball match on Monday at the Sanford Coyote Sports Center.

VERMILLION — It’s not very often that a team does what Omaha did on Monday night.

It left the Sanford Coyote Sports Center court with a volleyball victory.

It was, as USD head coach Leanne Williamson immediately pointed out, a much different-looking Coyote squad than 27 hours earlier.

“(Sunday) we were the more aggressive serving team, we got them out of system and started passing,” Williamson said. “That’s where we lost this game.”

South Dakota, which had its 22-match Summit League regular season winning streak snapped, is now 39-8 on the Sanford Coyote Sports Center court since the building opened in 2016.

Its conference home record in the facility?

It was Omaha’s serving that was particularly damaging for the Coyotes. A night after recording one ace, the Mavericks (4-4, 3-3) recorded 17 aces on Monday and were able to — for the most part — keep USD out of system.

“They came out and served aggressively, but at the same time, I’m disappointed in our team that we weren’t making the changes we needed,” Williamson said.

After a strong start in the opening set, the Coyotes were able to overcome a period of struggles to capture the 25-19 victory.

Then came the third set. South Dakota had no answer for the Mavericks’ aggressive serving, and the visitors jumped out to leads of 10-1 and 18-6 before winning 25-18.

The Coyotes answered with a dominating start to set four and then hung on from a 22-9 lead to win 25-20. Then in the fifth set, Omaha scored three consecutive points after a 10-10 tie and then closed the set with two straight points.

In that final set, the Coyotes actually hit .429 with only one attack error on 14 attempts, but it wasn’t quite enough.

“It shows you that there’s not much room for error,” Williamson said.

Ultimately, it was those struggles in receiving serves and getting them into the offense that doomed the Coyotes, she added.

“I would say it came down to our mentality, instead of the physical aspect to it,” Williamson said. “We just didn’t make changes, and be able to learn from our mistakes and get better from it.”

The Coyotes, she added, have the talent to be able to overcome some of those mistakes.

“We’re too good to allow that to affect such a big part of our game,” Williamson said.

“A lot of it is regaining confidence in that skillset. In serve-receive, we have the players and have shown how good we can be. I just wish I had the answer to why it affected us so much tonight.”

Williamson said she was particularly pleased with middle blocker Madison Harms, who recorded 11 kills on 21 swings and five total blocks (one solo).

“We just couldn’t get her the ball enough for her to make a big enough difference for us,” Williamson said.

The Coyotes are home again next week for a two-match series Sunday and Monday against North Dakota State.

“It’s a tough situation to be in,” Williamson said. “It’s a really tough loss; a frustrating loss, but it’s hopefully something we can learn from and really get better from.”