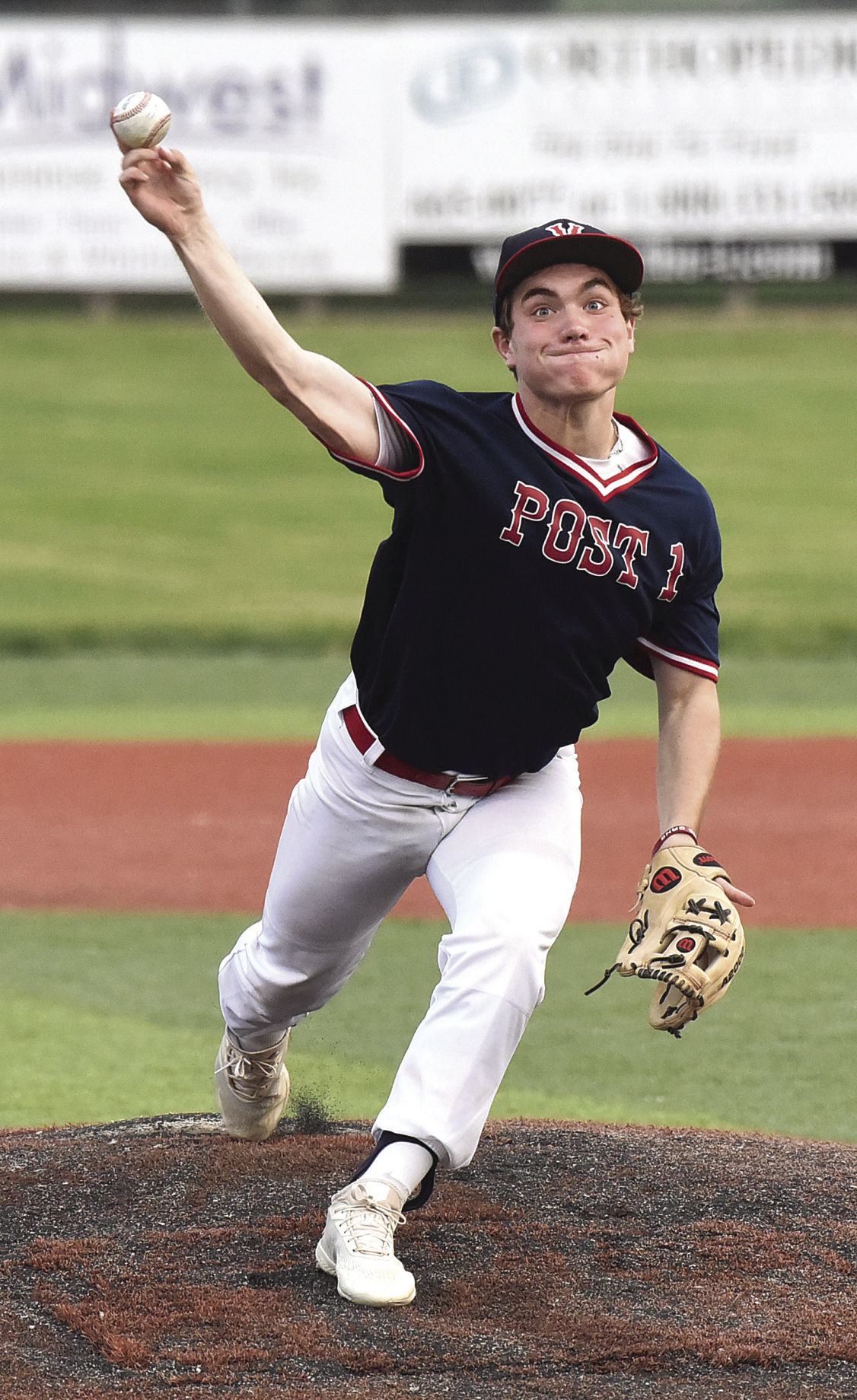 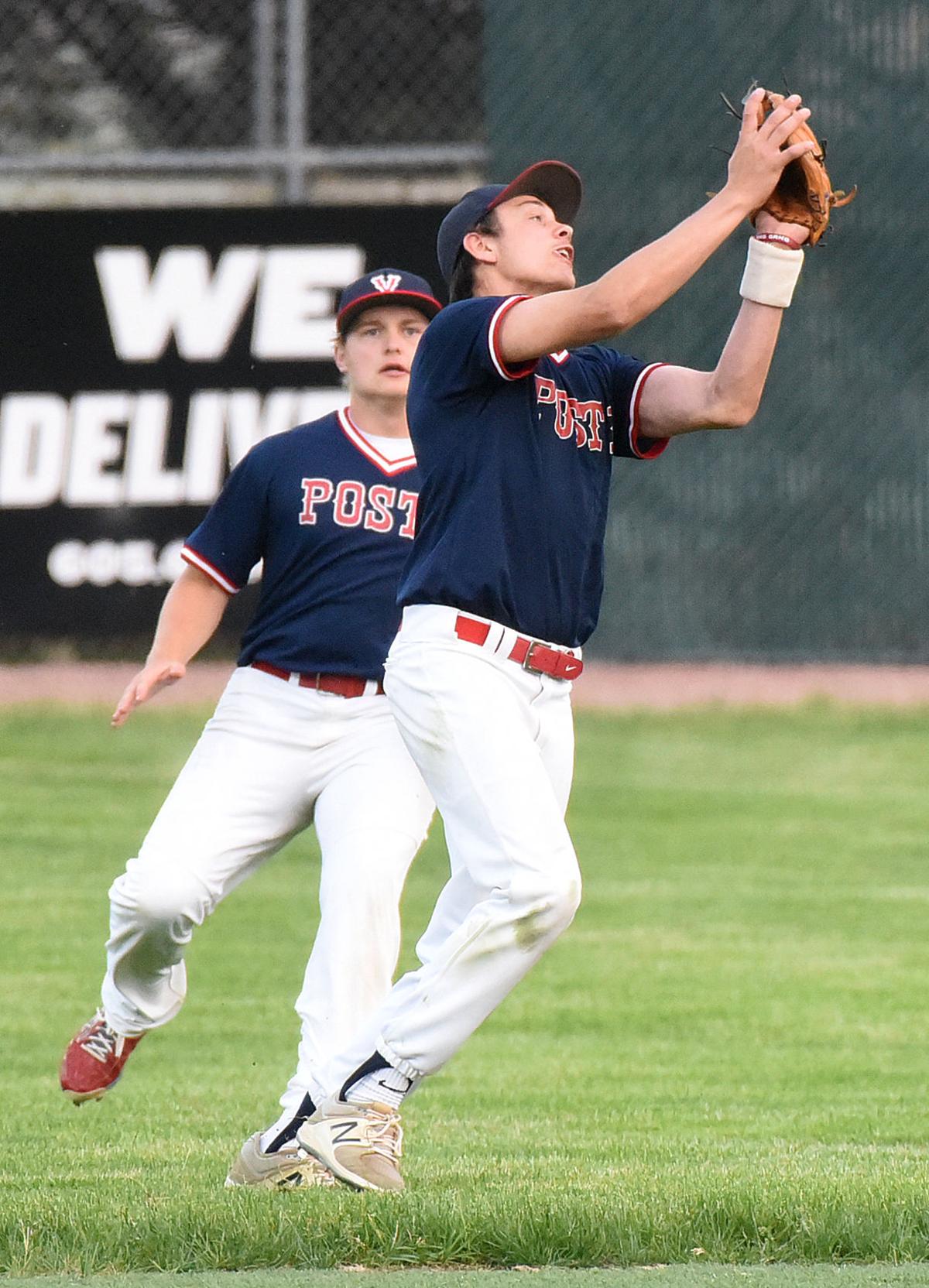 The Post 1 Legion Baseball Team kicked off their season at the Charity Tournament for Kyle Mueller this past weekend in Yankton.

Vermillion played Crofton, Nebraska; Tabor; Yankton; and Chamberlain. They finished the tournament 1-3 and ended it on a win.

Post 1 took a quick 2-0 lead in the first inning. Crofton fought back, holding Vermillion to zero runs for the rest of the game.

The opponents scored two runs in the fourth inning to tie the game and another three in the sixth to capture the win. Vermillion lost game one, 2-5.

Post 1 had seven hits and one error against Crofton, who had five hits and zero errors.

At bat for Vermillion, Rylan Craig had two RBIs and two hits. Jack Kratz also had two hits of his own.

Vermillion took another early lead as they scored the first three runs of the game in the second inning.

Tabor bounced back by scoring two in the fourth inning and two more in the sixth to take the lead and defeat Post 1 by one run.

Dylan Thelen had two RBIs and two hits at the plate for Vermillion.

Vermillion later fell to Yankton 1-8 as the opponents got off to a fast start and never looked back.

Yankton took the lead right away as they scored one run in the first inning, one in the second, two in the third, and four more in the fourth.

Vermillion scored their one run of the game in the third inning, but it was not enough to gain momentum, losing 1-8.

Post 1 had six hits, and Yankton had eight. Both teams had zero errors.

At the plate for Vermillion, Chaussee tallied one RBI, and Connor Saunders had two hits.

On Sunday, Vermillion finished the tournament with a 9-5 win against Chamberlain.

Chamberlain took a 1-0 lead in the first inning, but Post 1 captured it in the third with two runs of their own.

The opponents scored one run in the fourth inning, followed by four from Vermillion to increase the lead 6-2.

Both teams scored two more in the fifth inning. Vermillion scored one in the sixth, and Chamberlain responded with one in the seventh.

Post 1 ended the tournament in a high-hitting, 9-5, win against Chamberlain. Vermillion had 15 hits throughout the game, and the opponents had 11.

“I think we have learned that we need to come out with energy and maintain that throughout the game in order to succeed,” said Chaussee. “I think if we keep our energy up and keep having fun, our win streak will continue.”

On the mound, Gray Peterson pitched the game for Vermillion. He recorded 19 first-pitch strikes and two strikeouts.

The Post 1 Legion Baseball Team started their season 1-3 as they quickly moved from the high school season to the summer season.

“The transition is pretty simple,” said coach Heisinger. “We just had a few days off in between seasons, but now, we are playing more games in the summer with less days in between games, which is a good thing.”

Chaussee is enjoying the move into the summer baseball season.

“The transition has been fun,” said Chaussee. “There’s a certain energy summer baseball has that’s just different from high school. It’s also fun because, with metal bats, hits that might have gone to outfielders will end up over their head.”

Vermillion Post 1 will play again this weekend as they help host the 18th Annual Lewis and Clark Classic.

Games will take place in Yankton and Vermillion, South Dakota, as well as in Crofton and Hartington, Nebraska.

Post 1 will play their first four games at home.

On Friday, Vermillion will play Sioux Falls West at 10:30 a.m. They will play again at 7:30 p.m. against Lincoln Southeast.

On Saturday, Vermillion will play Omaha Concordia at 9:30 a.m. They will also play Tabor at 6:30 p.m.