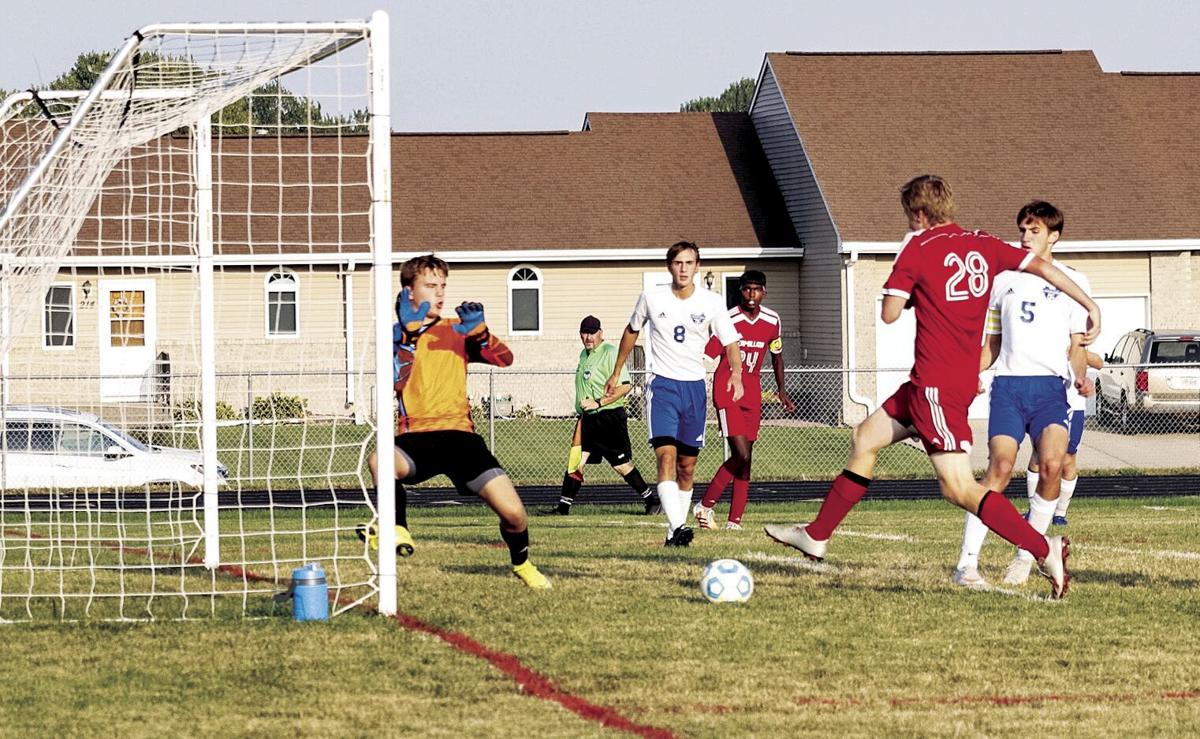 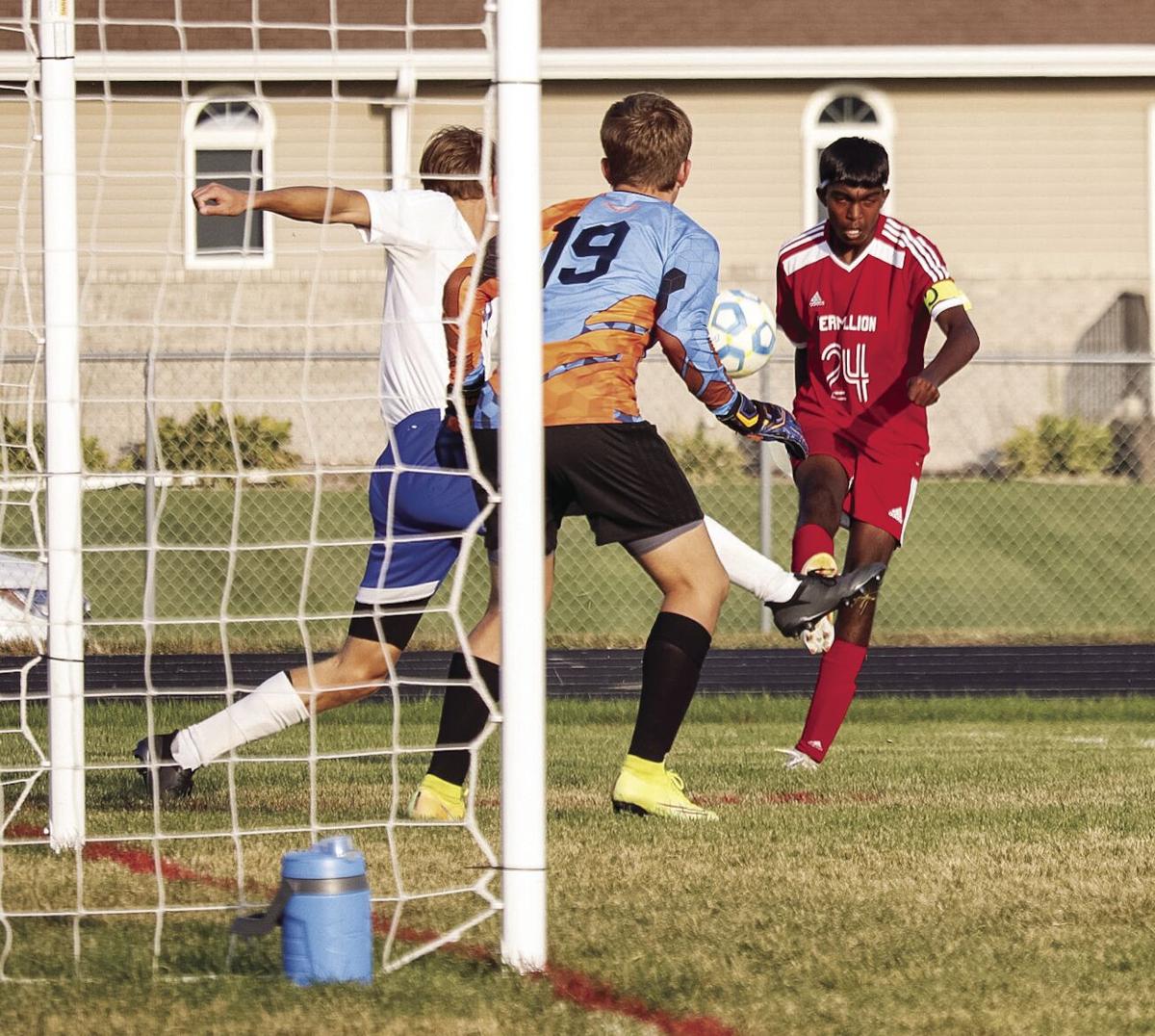 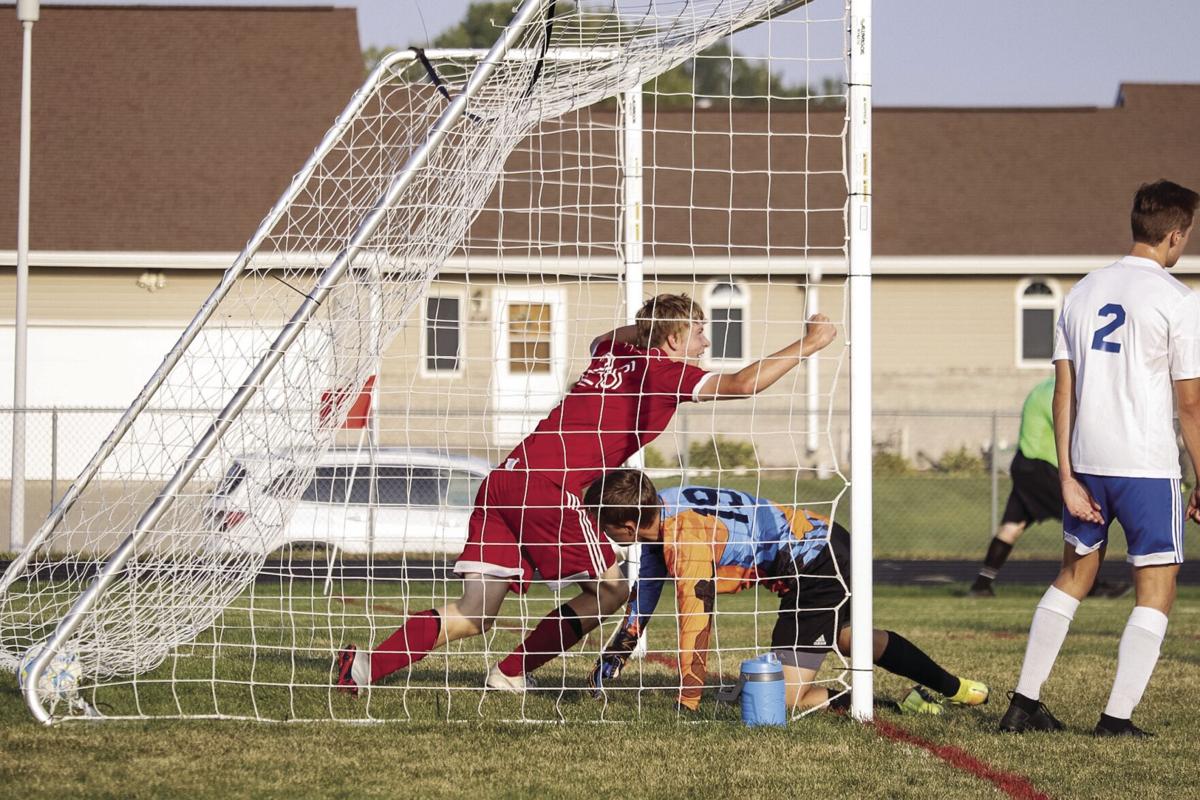 Sophomore Will Gilbertson celebrates the finish against Sioux Falls Christian from the goal last Tuesday in Vermillion.

Sophomore Will Gilbertson celebrates the finish against Sioux Falls Christian from the goal last Tuesday in Vermillion.

“We made some improvements since our last contest against SFC,” said Vermillion head coach Curt Nelson. “Two goals against a team that has allowed three all season prior is pretty good. On defense, we have to be stronger and more disciplined.”

Vermillion responded in minute 30 to get on the board. Junior Hari Kadarkaraisamy sent in a cross for sophomore Will Gilbertson to place in the back of the net.

The Tanagers were down 1-4 at the half.

The competition scored another four while holding Vermillion to their one. The Chargers scored in minute 54, 62, 67 and 69 in the second half.

Freshman Varun Kadarkaraisamy scored the final goal of the game for the Tanagers in minute 75 with the assist from H. Kadarkaraisamy.

Vermillion ended the game with a 2-8 loss to the top team in Class A.

Senior goalkeeper Dillon Gestring tallied 11 saves throughout the game. Tea Area had one save.

“We have got results when they mattered most, we won our games against lower competition, had a huge tie against Tea and learned what we could against an undefeated SFC team. Currently, in second place, we need to grind out the next few weeks in practice and be ready for whatever playoff draw we receive.”

The Vermillion boys finished the regular season with a 4-2-1 record. They head into the postseason with the quarterfinal game next Tuesday.

The location and opponent can be found at sdhsaa.com/Athletics/Boys-Sports/Soccer/Schedules as other teams complete their final games.