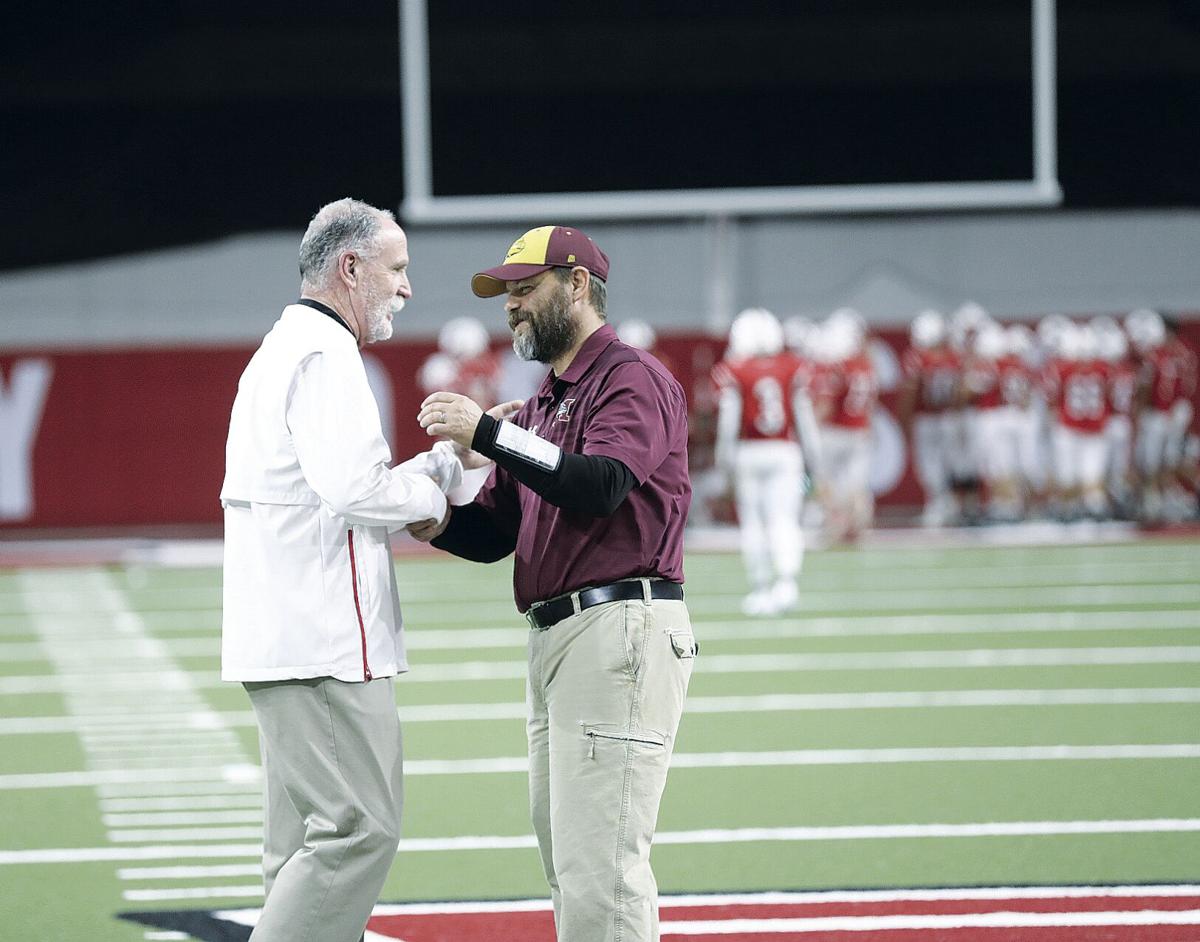 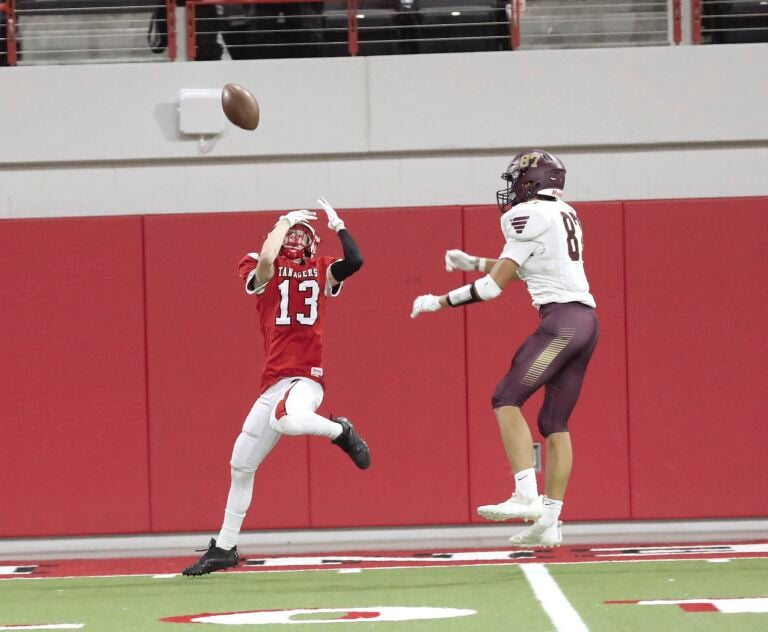 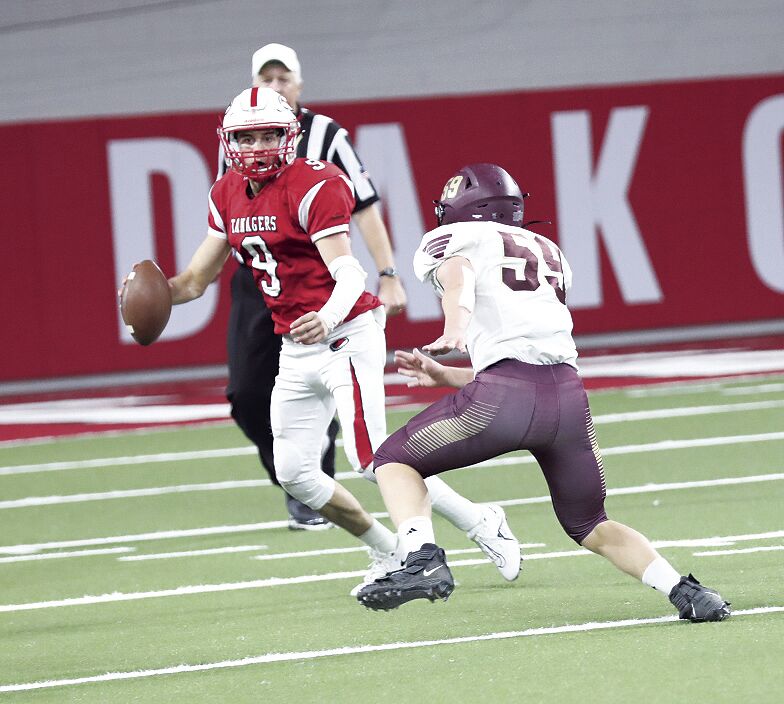 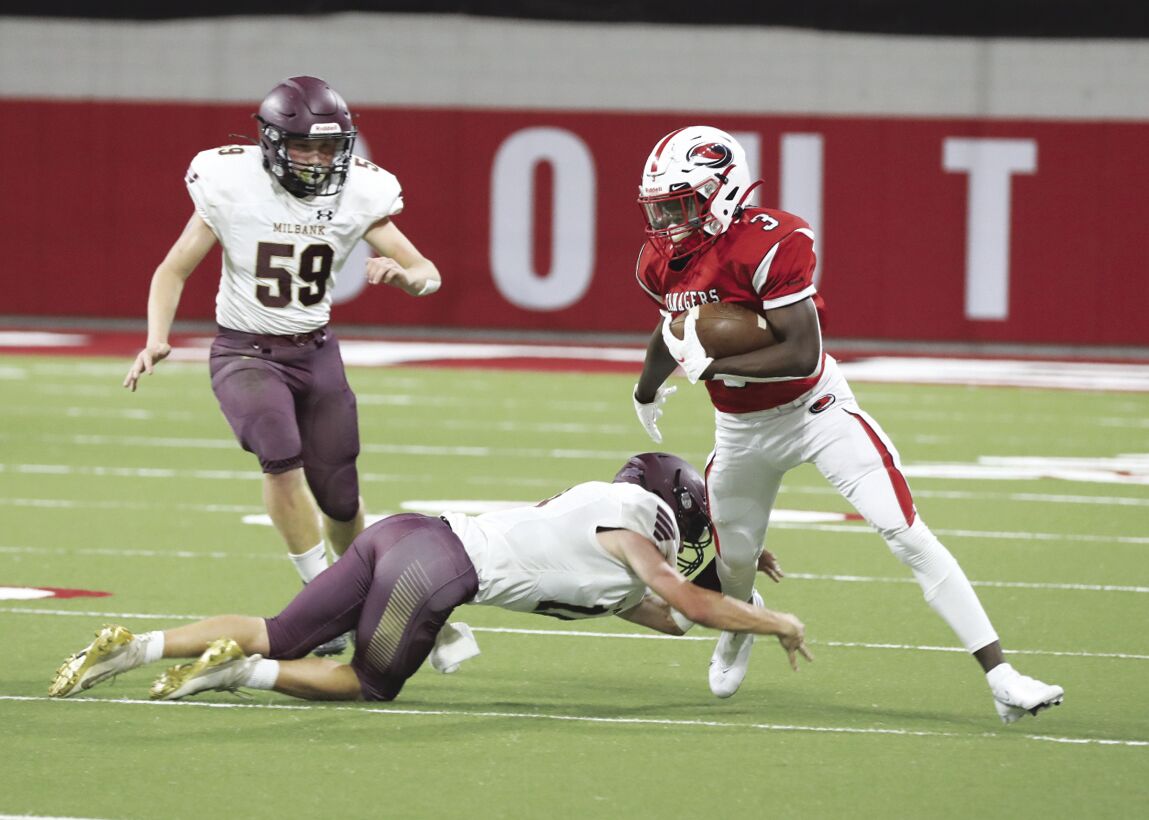 Vermillion's Mehki Sheffield works to escapes a tackle attempt by Milbank's Kaden Krause and the pursuit of the Bulldogs' Evan Hausauer (59) after catching a pass from Vermillion quarterback Jack Kratz. 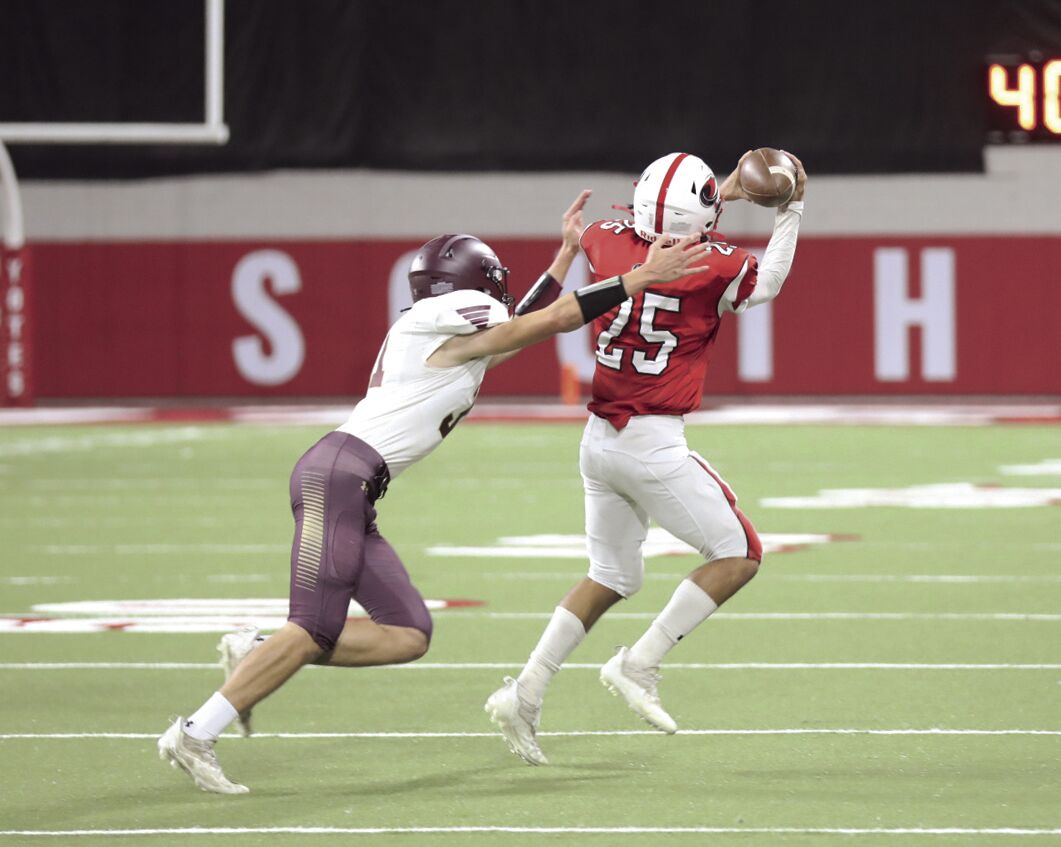 Vermillion's Jeremy Crowe (25) hauls in a pass from quarterback Jack Kratz while being pursued by Milbank's Bennett Schwenn. 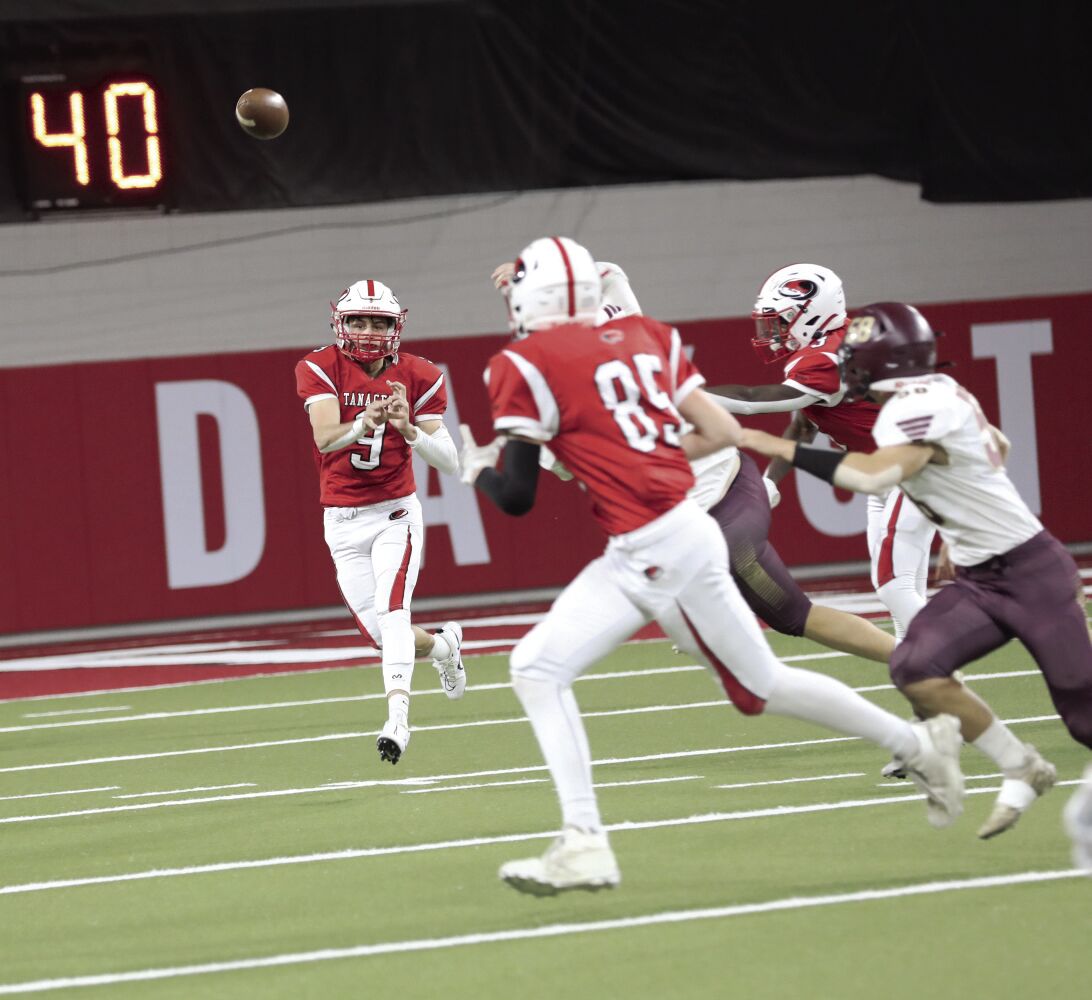 Vermillion's Mehki Sheffield works to escapes a tackle attempt by Milbank's Kaden Krause and the pursuit of the Bulldogs' Evan Hausauer (59) after catching a pass from Vermillion quarterback Jack Kratz.

Vermillion's Jeremy Crowe (25) hauls in a pass from quarterback Jack Kratz while being pursued by Milbank's Bennett Schwenn.

The Vermillion Tanagers football team’s hopes of playing in the upcoming 2021 South Dakota Football Championships were quashed Friday in 11A semifinal play by the Milbank Bulldogs.

Milbank soundly defeated the Tanagers 24-0 in football action played Friday, Nov. 5, in the DakotaDome in Vermillion.

The Tanagers immediately got off to a rough start when they fumbled the opening kickoff, giving Milbank the opportunity to score with about seven minutes left in the first quarter and take an 8-0 lead with a successful two-point conversion.

The Tanagers appeared to be on their way to getting the ball into the endzone, but with about 10 minutes left in the second quarter, Vermillion fumbled again, and Milbank recovered the ball on the 10-yard line. The Bulldogs were able to slice through the Tanagers’ defense and with 1:45 left in the second quarter, they scored another touchdown to enjoy a 14-0 lead after an extra point attempt failed.

Milbank received the ball at the beginning of the second half and wasted no time, once again quickly moving the ball down the field. They score their third touchdown of the night with just over eight minutes remaining in the third quarter.

With a little over three minutes left in the third quarter, Milbank took over the ball deep on its side of the field when Vermillion was unable to make a first down while in its red zone. This possession by the Bulldogs was one of the few times Friday night when the Tanagers defense was able to contain their opponents.

Later in the fourth quarter, however, Milbank increased its score over the Tanagers 24-0 with a successful field goal attempt and later thwarted Vermillion’s last chance to score late in the fourth by intercepting a pass by Vermillion quarterback Jack Kratz.

“We lost to a great football team,” head coach Tom O’Boyle said after meeting with his downtrodden players in the same endzone of the DakotaDome where he performed a victory dance the week before when Vermillion defeated Tri-Valley. “I credit Brian (head coach Brian Allmendinger) and the job he’s done at Milbank. That’s a very good football team and I’m sure that in a day or two, when the sting of the battle is gone, we’ll find a lot of positives, but it’s a bitter pill right now.”

An emotional O’Boyle said the ultimate outcome of the game was tough on all of his players.

“You want better for them … it’s tough. Football is an unforgiving game,” he said. “On any given night, when you’re down to only one of four teams left, we ran into a better football team than we were tonight.”

He noted that the fumbles were an unfortunate part of the night.

“You’ve got to make plays after things like that happen and we didn’t score,” O’Boyle said. “When you don’t score, you can’t win.”