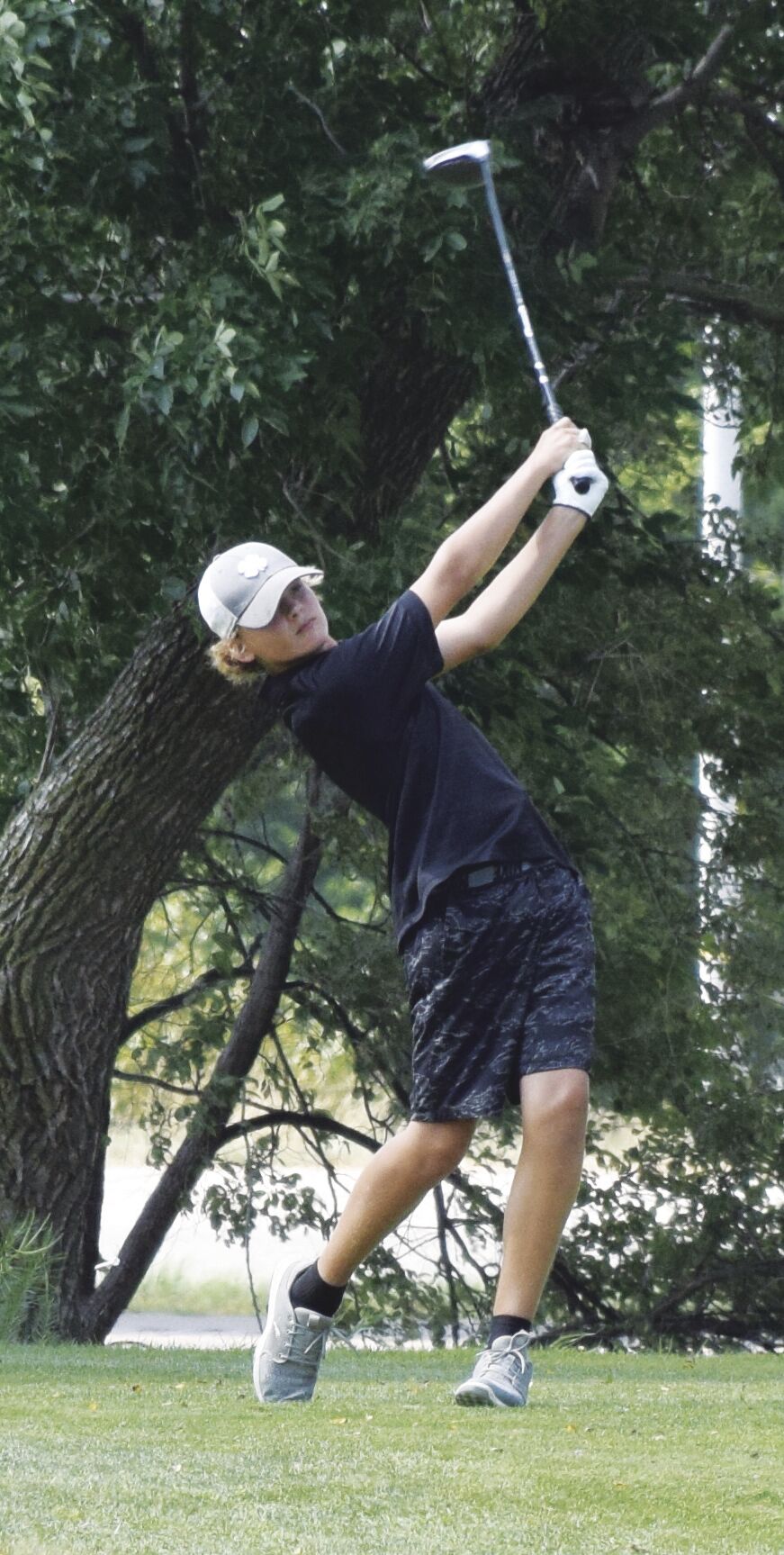 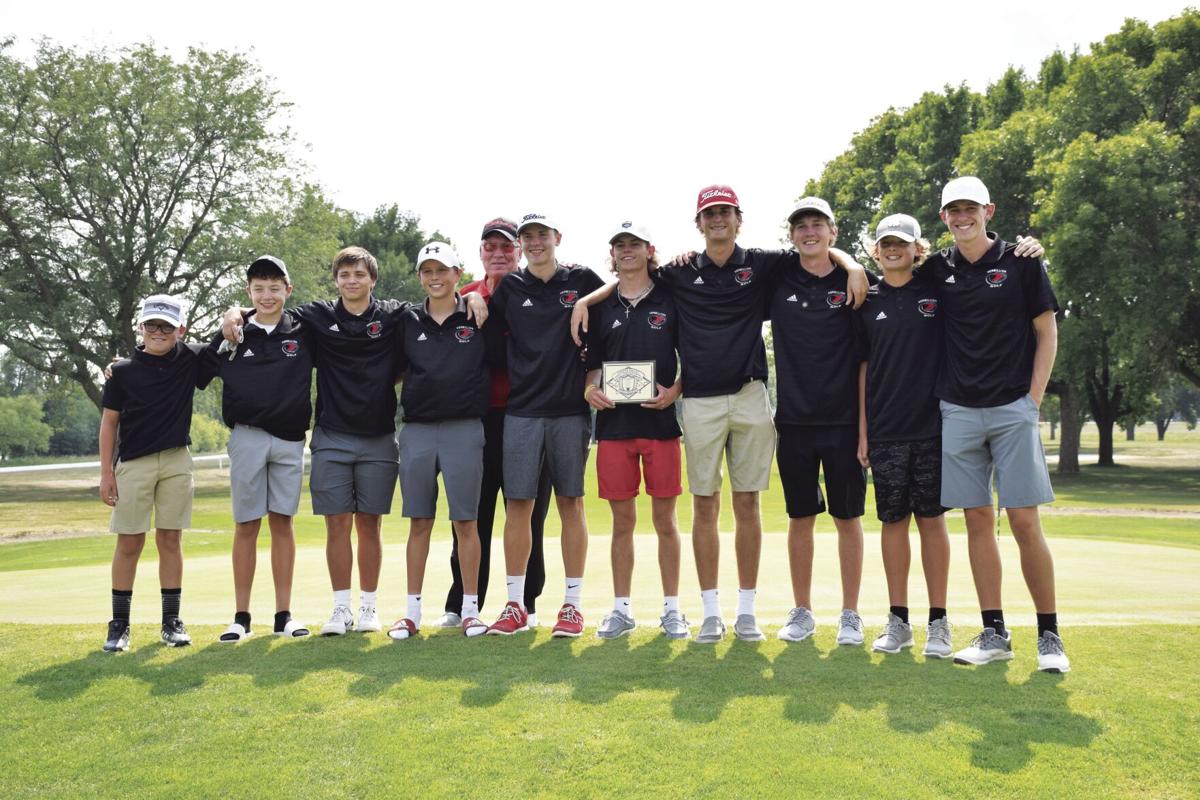 The Vermillion Boy’s Golf Team is in full stride after their season start back in August, and the boys have dominated the local links through the first four tournaments. To date, the Tanagers have won two Varsity meets, earned a second recently and took third a few weeks ago.

Out of the gate this season, the boys shined in an early season meet hosted by West Central High School at Central Valley Golf Course in Hartford. Led by eighth grader Trey Hansen, Vermillion took home the team title in the first tournament of the season on Tuesday, August 17th. Hansen won the tournament with a five over par 77. Carter Mart finished tied for fourth with an 80. Ben Burbach and Carter Hansen tied for 14th place with rounds of 86. Willis Robertson completed his round in 17th place with an 87 and TJ Tracy was 26th with a 93.

Vermillion finished the tournament with a score of 329, also tying the host West Central. After the round, Vermillion was awarded first place due to tie breaker rules.

On Thursday, August 19th, Vermillion would travel south as Dakota Valley hosted their annual invite at Two Rivers Golf Course in North Sioux City. The Tanagers had a great day again, finishing in first place with a team score of 319, well ahead of second place Dakota Valley with a 344.

Trey Hansen won his second tournament of the season by carding a six over par 76. Senior Willis Robertson jumped into third place with his round of 78. The rest of Vermillion’s varsity squad placed in the top 13 and helped secure the win.

Ben Burbach placed sixth with an 82. Carter Mart was right behind him in eighth place with an 83. And Carter Hansen’s round of 84 was good for 13th place.

On Monday, August 23rd, the Tanagers headed north for the annual Dell Rapids Quarrier Invite and took home third place. Vermillion was led by Carter Hansen who finished the round with an eight over par 79 good for eight place. TJ Tracy placed 13th with an 81, Ben Burbach 18th with an 83 and Trey Hansen 23rd with an 85. Also playing varsity in Dell Rapids was Willis Robertson who finished in 25th place with an 85 and Carter Mart who ended the day with an 86 for 27th place.

Vermillion was again led by Trey Hansen who placed second with a 75. Also scoring for Vermillion was Carter Mart who finished in 9th place with an 80, Ben Burbach who carded an 82 good for 13th place, and Carter Hansen who was 15th with an 83. Willis Robertson and TJ Tracy finished the day both tied at 23rd with an 87.

Even the Vermillion JV team has had some early success. The JV team scored a win at the Dakota Valley Invite on August 19th in addition to the varsity. Vermillion’s JV team finished 39 over par, far ahead of Dakota Valley’s JV team who finished 64 over par.

On the day for the JV squad, the five boys in the tournament finished in the top six, led by TJ Tracy. Tracy finished in first place with an 82. Jackson Girard was second with an 83. Kade Ruevers was fourth with an 85, Karson Preister was fifth with an 87 and Rylan Moran was sixth with a 91.

The Tanagers have a busy week this week, hosting Elk Point on Tuesday and their annual invite on Thursday at the Bluffs. Results from this week will be in next week’s edition of the plaintalk.