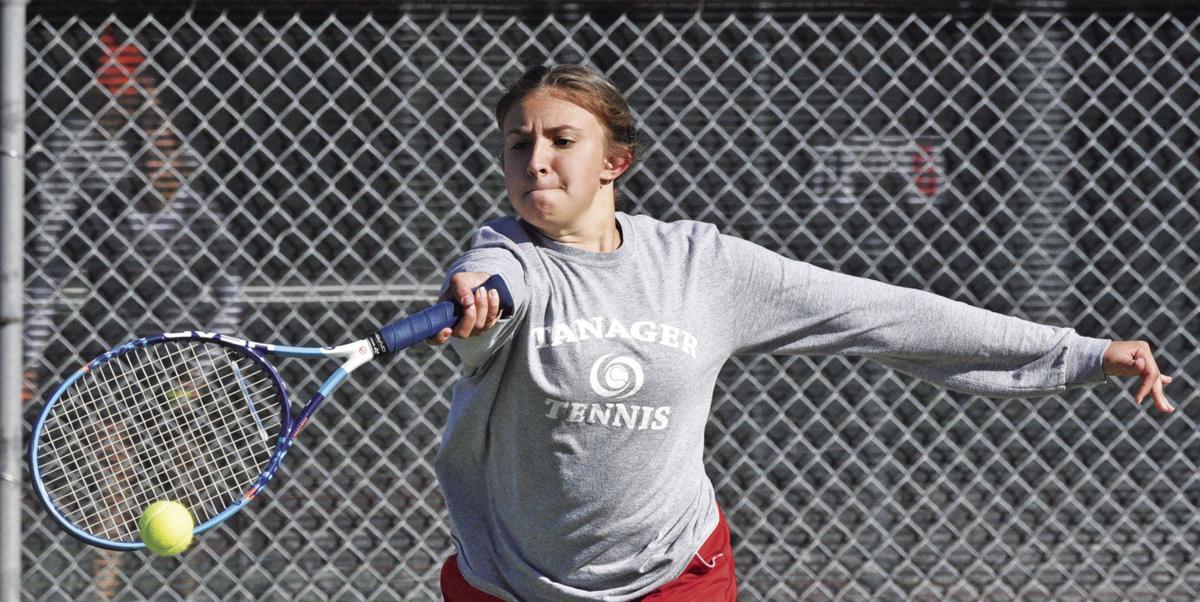 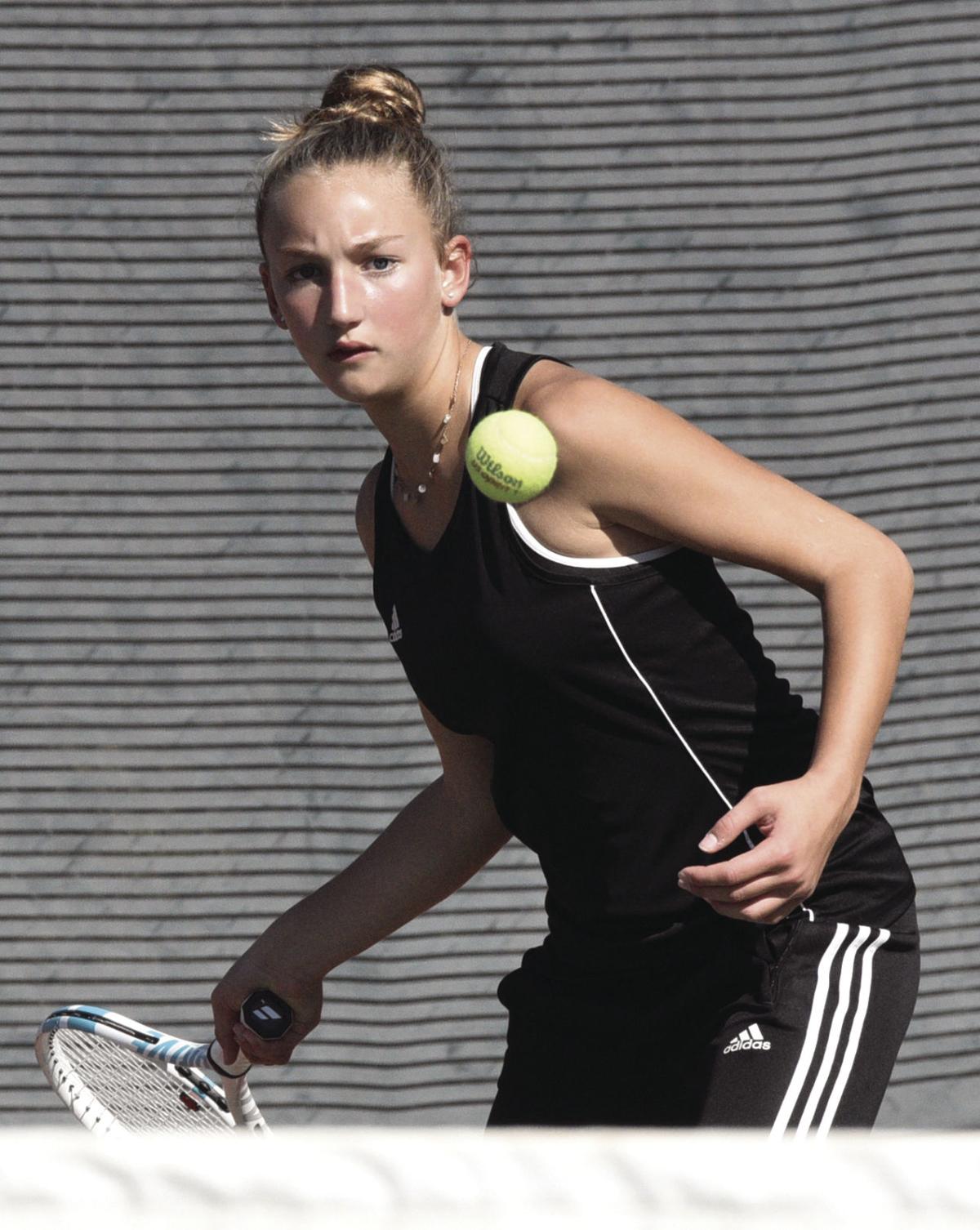 The Vermillion girls’ tennis team competed at the Class A State Tennis Tournament in Sioux Falls this past Monday and Tuesday.

“All the girls were competitive at the state tournament this year,” said Vermillion head coach Kari Jensen. “We had three advance to the second day.”

Eleven teams from across the state competed in the Class A Tournament.

“We won five matches this year at the tournament versus winning one last year,” said coach Jensen about the team's improvement.

Junior Emma Dahlhoff played in the first flight of singles for the Tanagers as the No. 10 seed. Senior Katrina Heles competed in the second flight as the 8 seed.

Seventh-grader Annika Barnett was the 11 seed in the third flight of singles. In the fourth flight, seventh-grader Emma Jury competed at the 10 seed.

Jury won round one as the underdog to No. 7 Beth Englehart of Huron. She won a close set 7-5, then the second 6-4.

Jury went on the face the 2 seed, Allison Schock of Aberdeen. Jury lost, moving on to the consolation semis.

In the consolation semis, Jury played the 6 seed, Mitchell’s Kiersten Bathke. Jury lost in the semis in a close 6-10 match.

Mandernach went into a third set in her first round of singles but lost after winning the first.

Hanson also played well against her first opponent from Milbank, going into a super tiebreaker but lost the battle 8-10. She previously lost to this opponent twice by larger deficits.

“It's always fun to compete against good opponents,” said coach Jensen. “Our girls are making a name for themselves that they can win matches and have the grit to do it no matter what.”

Mandernach and H. Schladoer won their first round of doubles in the second flight against Lennox 6-3, 6-3.

“I will miss my senior leadership,” said coach Jensen. “Katrina Heles always led the dynamic warm-up at meets, and both Schladoer girls—along with Heles—were great role models for the younger girls.”

Overall, the Tanagers had a young team and will return girls with a year under their belts.

“I'm looking forward to seeing our younger girls mature into confident tennis players,” said coach Jensen. “They were thrown to the wolves this year, many having never played before, and every single one of them won a match this year and improved.”

“I'm looking to continue to recruit athletes to the sport of tennis,” said coach Jensen. “It is a great sport for lateral movement and hand-eye coordination which benefits the athlete in other sports. I'm hoping to change the way we view tennis in Vermillion. I want people to understand that tennis is a tough sport to play. It teaches integrity, good sportsmanship, and mental toughness.”

In tennis, the coach is also not allowed to speak to players during the match or watch constantly as other teammates play at the same time.

“Our girls improved their mental toughness this year,” said coach Jensen. “I will miss my seniors, but we have a very bright future. It will be nice to have Emma Dahlhoff back as our No. 1 singles player. She had some very close matches this year against the best of the best from A and AA schools.”