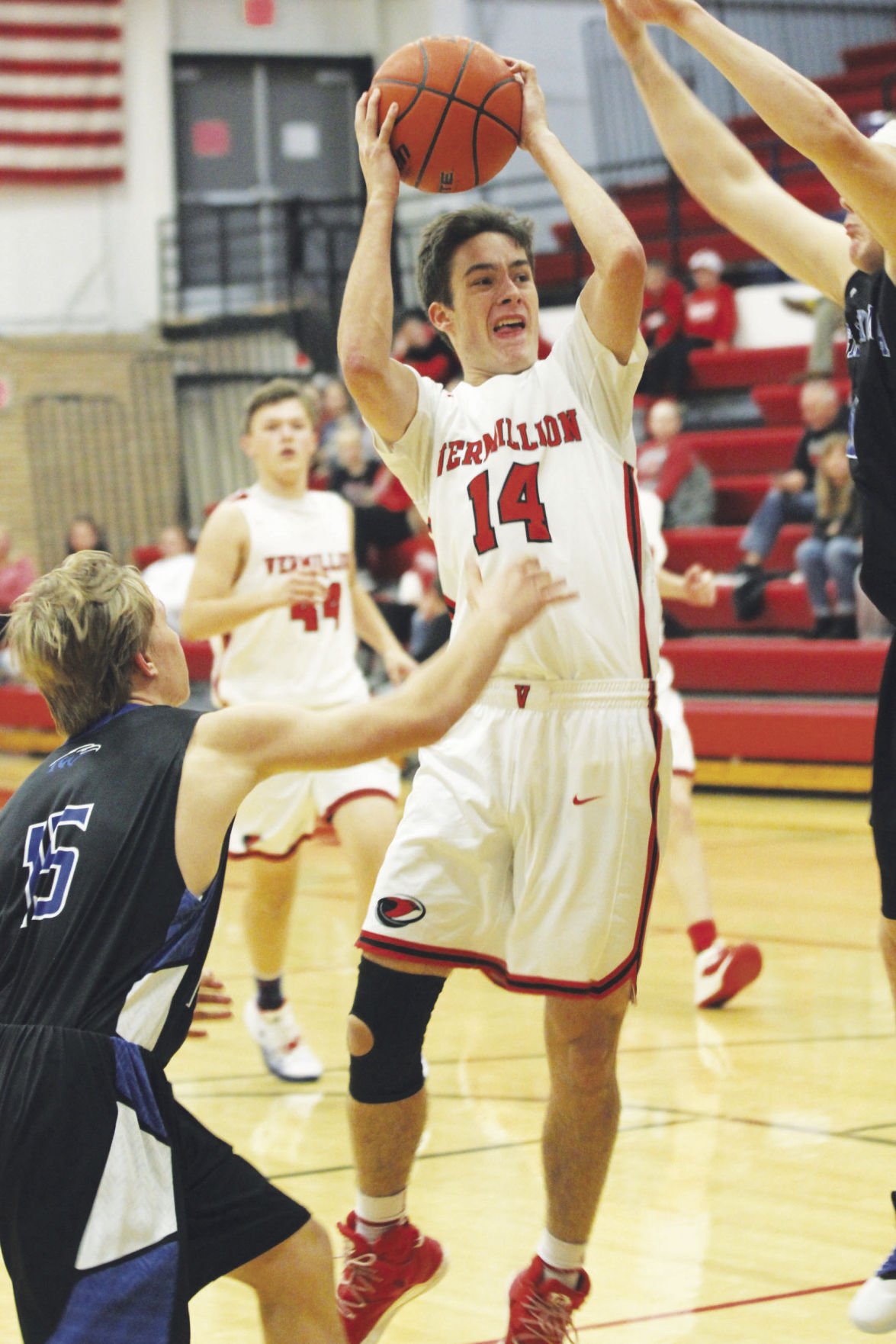 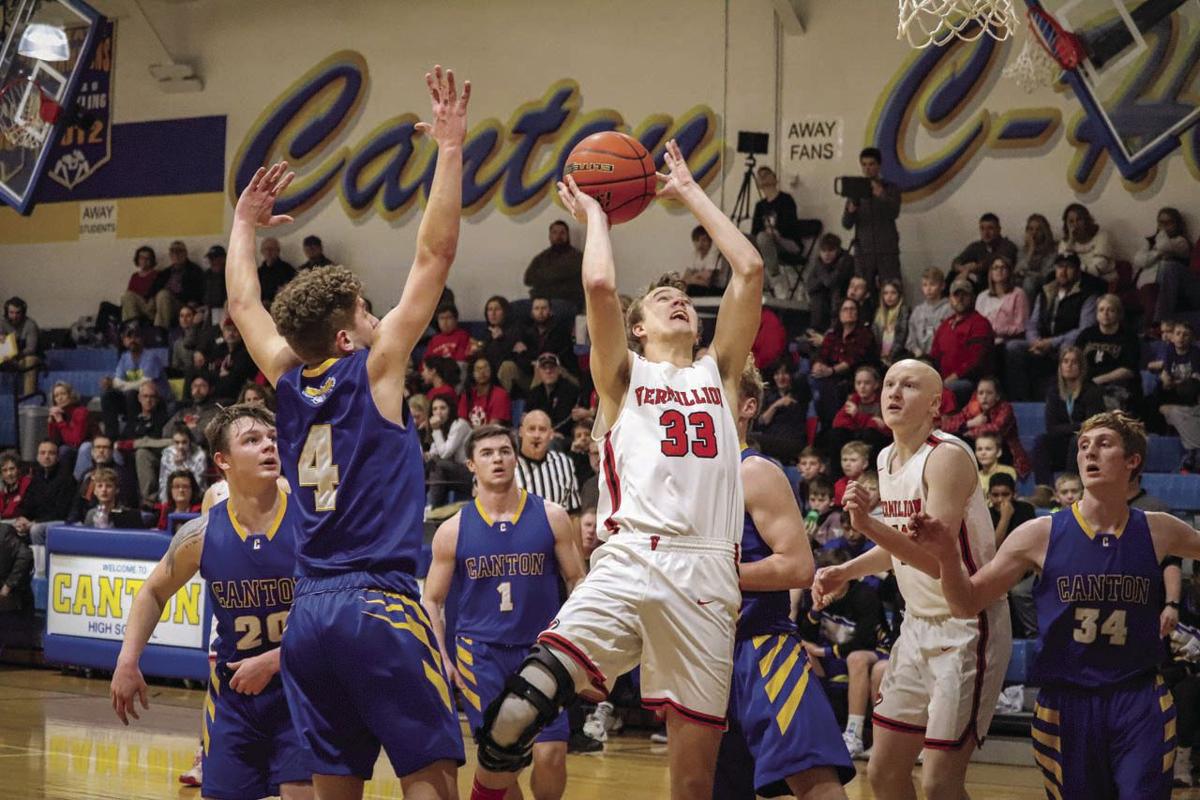 Last Tuesday, the No. 10 Vermillion boys’ basketball team lost in the SoDak 16 to No. 7 Dell Rapids to end their season 17-6.

“Dell Rapids is a very well-rounded team,” said senior Sam Ward. “We had a lot of trouble scoring against their defense. We have struggled against a zone all year, and it ultimately ended our season.”

The Tanagers will lose two seniors after this season, Ward and Max Mayer.

Ward started in 22 games, averaging 6.4 points and 2.8 rebounds this season. For Vermillion, he averaged the most minutes per game at 25.9 of the 32-minute competition.

Mayer played 12 games this season because of a knee injury and averaged 4.3 points. He shot 45.8 percent from the field and 37.5 percent from beyond the arc.

“My favorite memory was scoring 21 in the final game of the season against Tea in the 2018-2019 season,” said Mayer. “The best memory this year was beating Lennox.”

The two will miss the team moving on from Tanagers basketball.

“I’m going to miss seeing those guys every day,” said Ward. “Every player on the team is a great guy and a friend. I grinded through morning practices and all the ups and downs of the last two seasons with these guys, and I wouldn’t have wanted to share those times with anyone else. I’m very proud of the season we had and I had a wonderful senior season.”

Mayer hopes he and Sam are “remembered for being two good senior players.”