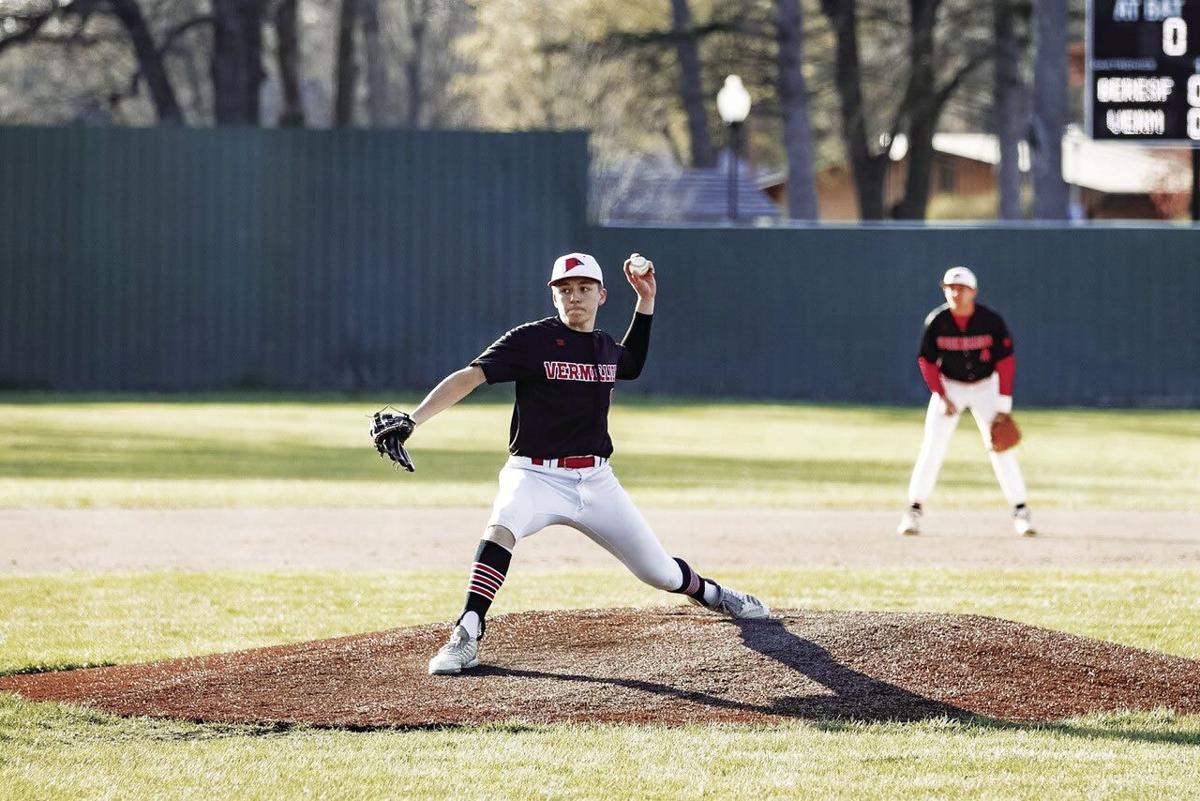 Jake Jensen pitches from the mound in Vermillion's 2-1 win against Beresford/Centerville last Wednesday at home. 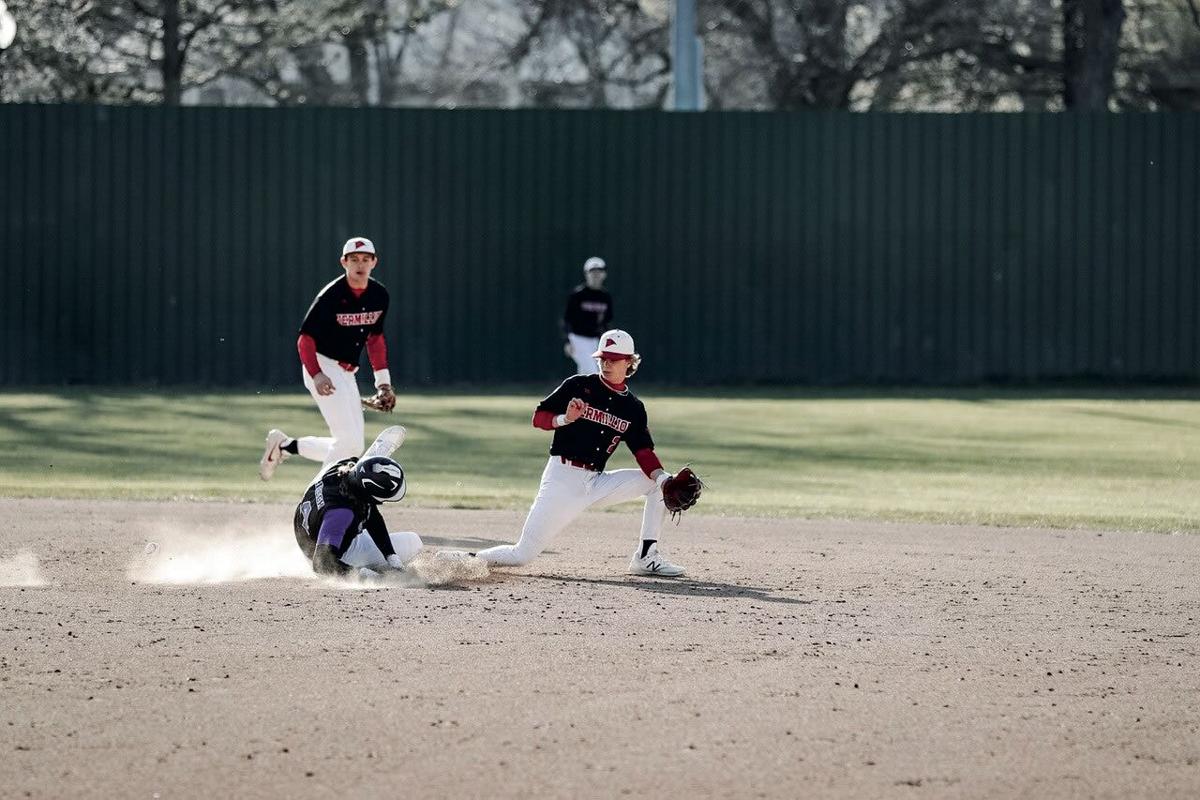 Willis Robertson goes for the out after Beresford/Centerville attempts to steal second in Vermillion's 3-1 win last Wednesday at home. 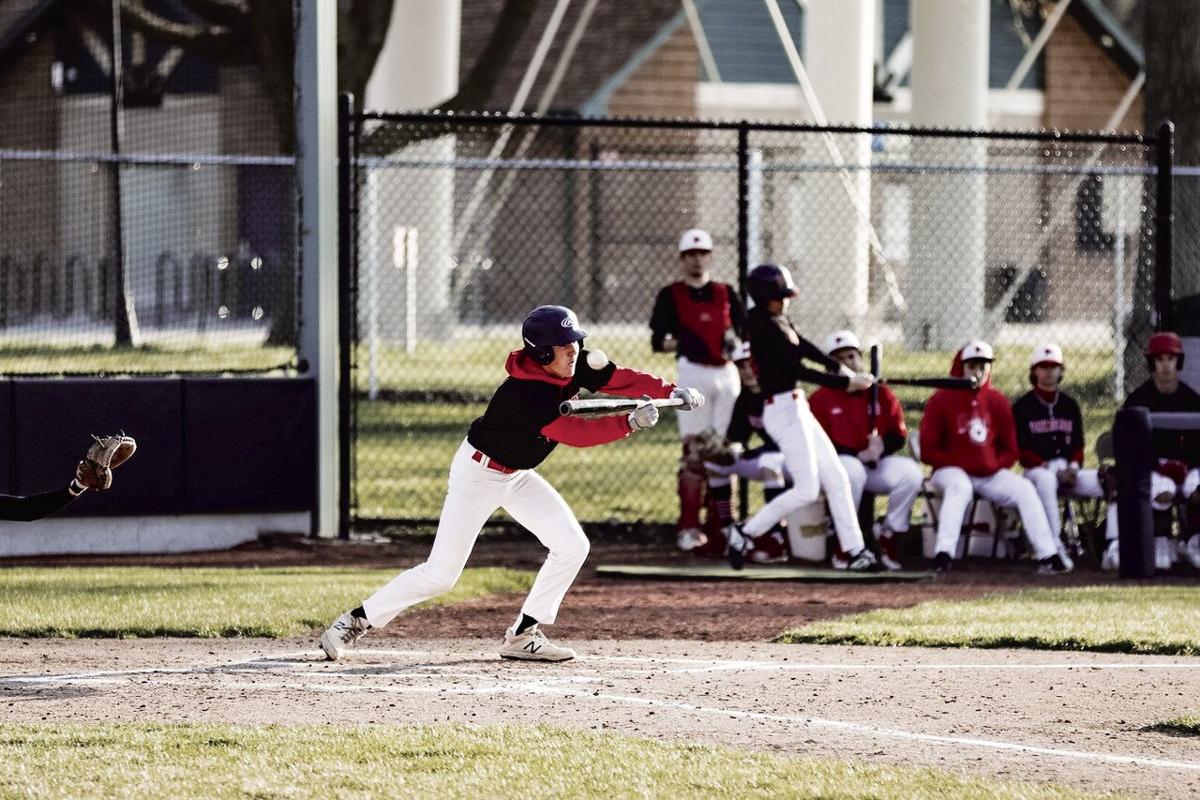 Jake Jensen pitches from the mound in Vermillion's 2-1 win against Beresford/Centerville last Wednesday at home.

Willis Robertson goes for the out after Beresford/Centerville attempts to steal second in Vermillion's 3-1 win last Wednesday at home.

The Tanagers started with the lead in the second inning 1-0. In the third, Vermillion tallied two more runs to pull ahead 3-0.

Beresford/Centerville was on the board in the seventh inning with one run. The Tanagers held the opponents to their one run and ended the game with the 3-1 victory.

At bat, Jack Kratz had the game-high three hits. From the mound, Jake Jensen pitched the game, tallying seven strikeouts and 17 first-pitch strikes.

After the second inning, the opponents took a 1-run lead over Vermillion, down 1-2. The Tanagers tied the game at two in the fourth inning.

Elk Point-Jefferson took the lead after one run in the sixth inning. Vermillion remained down 2-3 throughout the seventh inning to tally the loss.

From the plate, Ben Burbach had two hits, and Reece Proefrock had one RBI. On defense, Willis Robertson threw four innings and had six strikeouts.

The Tanagers took a 4-0 lead after the second inning. After Hanson scoring one in the third, Vermillion responded with 11 runs to go up 15-1.

The score remained 15-1 through the fifth to end the game via mercy rule. The Tanagers had six hits and two errors on the day. Hanson had one hit and five errors.

At bat, Kratz led with three RBIs and two hits. Proefrock tallied two RBIs. On the mound, Burbach pitched the game-high three innings and had eight first-pitch strikes. Kratz threw two innings and had one strikeout.

Vermillion plays Beresford/Centerville on the road at Beresford Monday at 5:30 p.m.