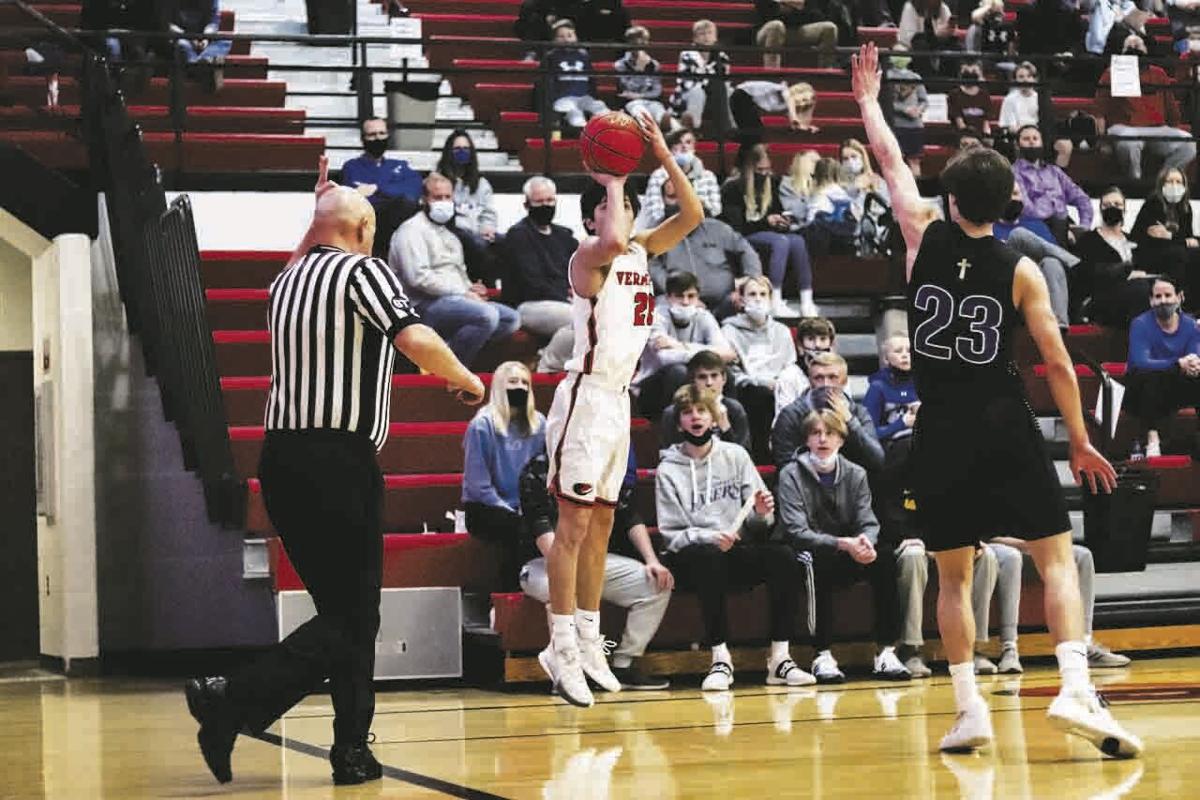 Senior Jakob Dobney drains the three from the corner in the first half of the game against Sioux Falls Christian last Thursday. Vermillion won 66-53. 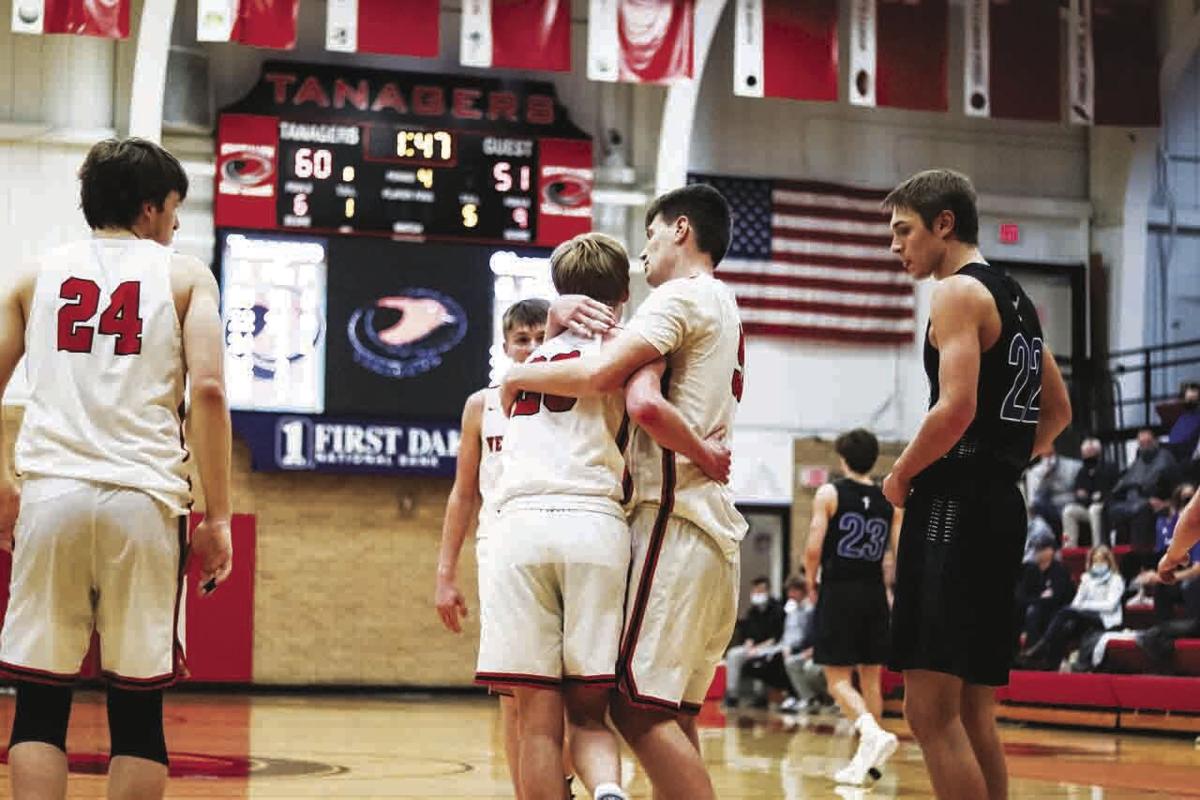 Senior Jakob Dobney drains the three from the corner in the first half of the game against Sioux Falls Christian last Thursday. Vermillion won 66-53.

The Vermillion boys basketball team host the No. 2 team in Class A, the Sioux Falls Christian Chargers, last Thursday. The Tanagers won 66-53.

"Like any game this year, our guys were excited to get on the court and compete,” said Vermillion head coach Jay Drake. “SFC has a very nice basketball team, and we feel when we play together and play hard and defend that we can compete with teams as well.”

Sioux Falls Christian started strong with a 5-0 lead. Vermillion responded with a 24-5 run, going up 24-10 by the end of the first quarter. Twelve points came from senior Jakob Dobney.

The opponents gained momentum in the second quarter to narrow the deficit to three. Vermillion was up 32-29 at the half. Dobney had 17.

"We knew they would make a run at some point,” said coach Drake. “We were a little disappointed giving almost all of our lead back in the second quarter as we only led by three at the half, but we hung tough in the second half and never gave up the lead.”

Vermillion kept the narrow lead throughout the third, but the opponents tied the game at 44 going into the fourth.

The Tanagers locked down on defense, holding SFC to nine. Vermillion outscored the competition by 13 to win 66-53.

“SFC tied it a few times, but we were able to make some big plays down the stretch and really dug in defensively in the fourth quarter and closed the game out at the free-throw line to earn a nice win against a very good basketball team," said coach Drake.

Vermillion shot 18 free throws from the charity stripe, and the Chargers attempted eight shots throughout the game. The Tanagers had 10 team fouls to SFC’s 14.