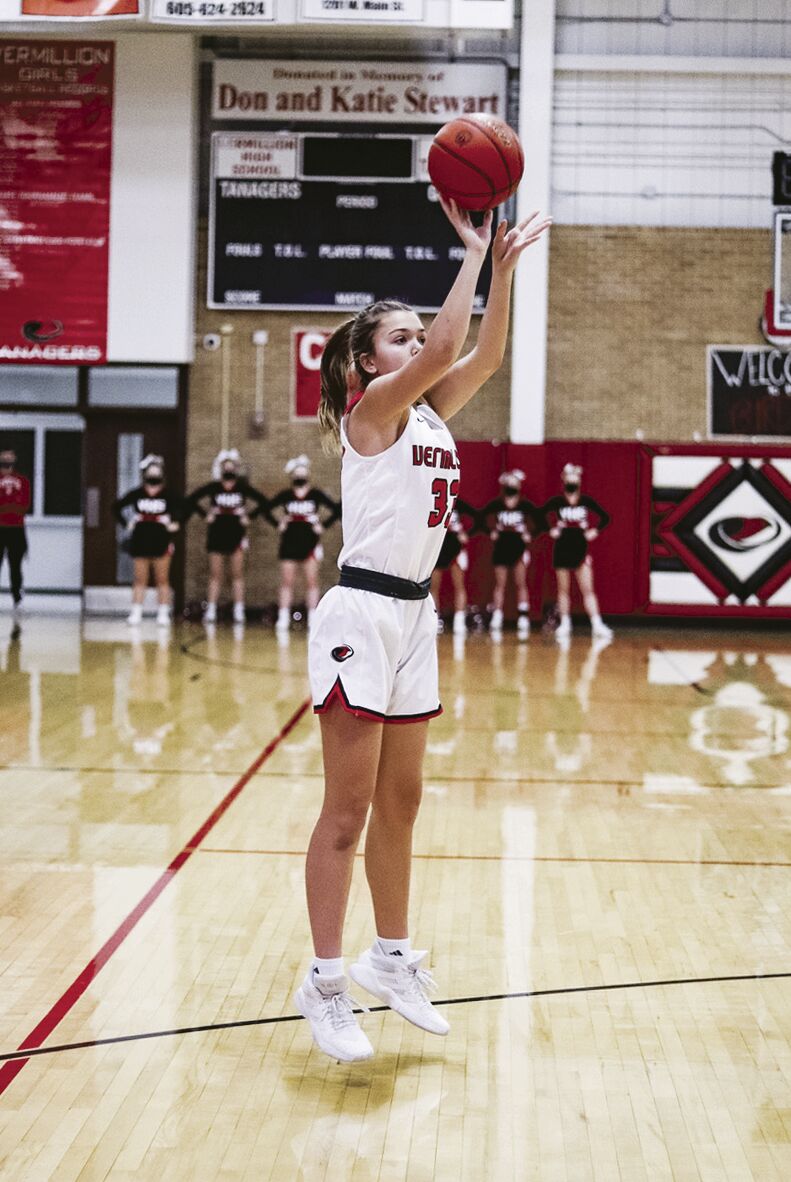 Eighth-grader Brooke Jensen takes a shot inside the arc against Dell Rapids at home Thursday. 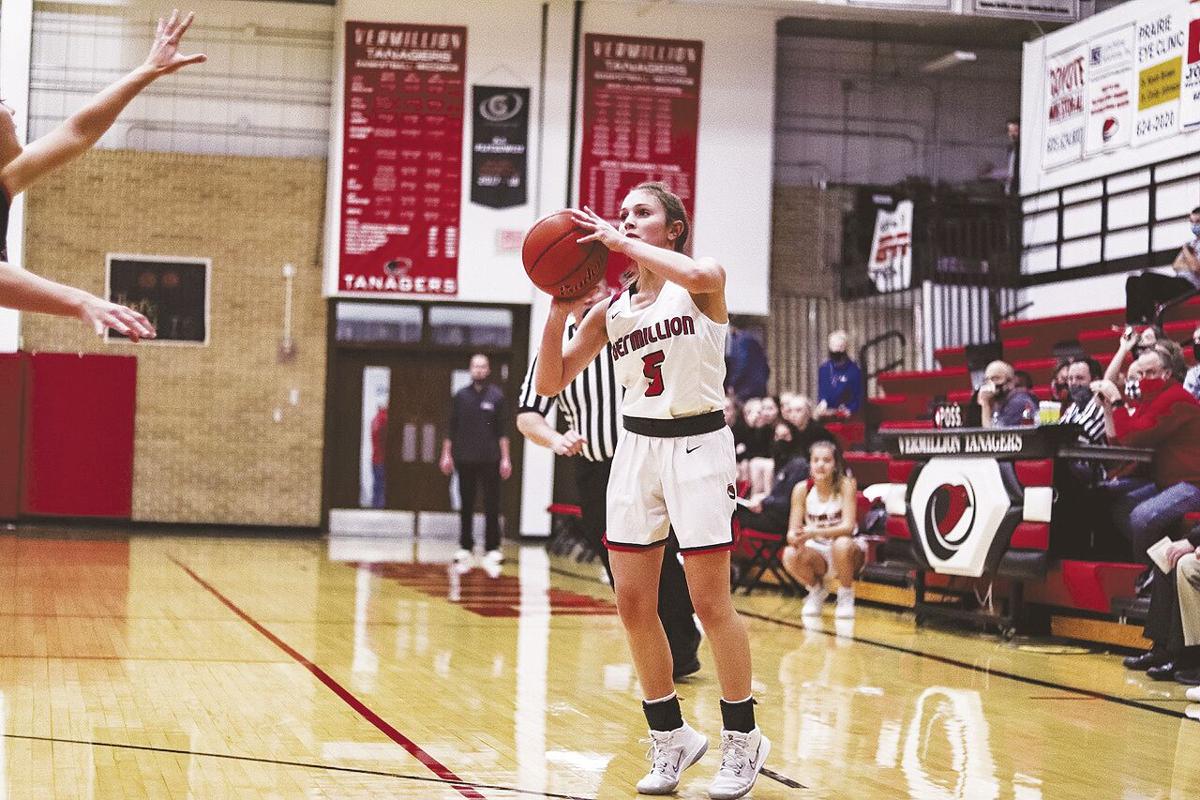 Eighth-grader Brooke Jensen takes a shot inside the arc against Dell Rapids at home Thursday.

In the girls’ game, Vermillion took a 9-point lead on offense and held Dell Rapids to five on defense. The Tanagers were ahead 14-5.

Vermillion outscored the competition by five in the second quarter to enter halftime up 26-13. In the third, Dell Rapids scored 14, but the Tanagers increased the lead by three.

Ahead 47-27, Vermillion continued building the opponent’s deficit to end the game with the 56-33 win.

“We were able to finish with a high note with a good conference win against Dells,” said Vermillion girls head coach Jon Brooks after three games in one week. “We saw some great competition all week and will use that heading forward.”

For Dell Rapids, junior Haileigh Barnhart tad 10 points, three rebounds and one steal on the night.

In the boys’ game, Vermillion captured their largest lead in the first quarter by nine and ended the first ahead 23-15.

Dell Rapids narrowed the deficit before halftime, but the Tanagers remained ahead 41-37.

The opponents took control in the third quarter, outscoring Vermillion by six. The Tanagers were behind 54-56 with one quarter remaining.

In the fourth, Dell Rapids recorded their largest lead by three with under six minutes remaining. Through the 10 lead changes and 10 tied scores, Vermillion finished on top to remain undefeated with the 68-66 win over Dell Rapids.

"This group of guys has had a very good chemistry both on and off the court,” said Vermillion boys head coach Jay Drake. “They have bought into everything we are asking them to do and are a group of kids that works hard and are very coachable. We have continued to improve and have become a mentally tough team that keeps battling and competing through any type of adversity that we may encounter."

Vermillion plays in a home doubleheader Tuesday against Dakota Valley. The girls’ varsity starts at 6:30 p.m. The boys’ game follows at 8.