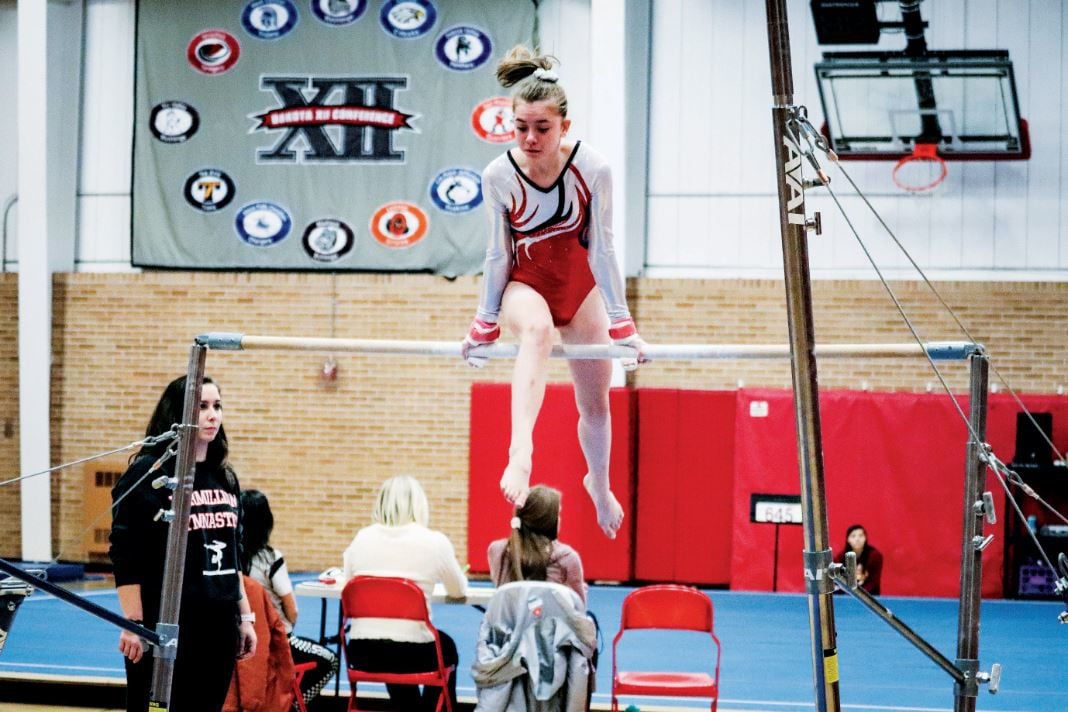 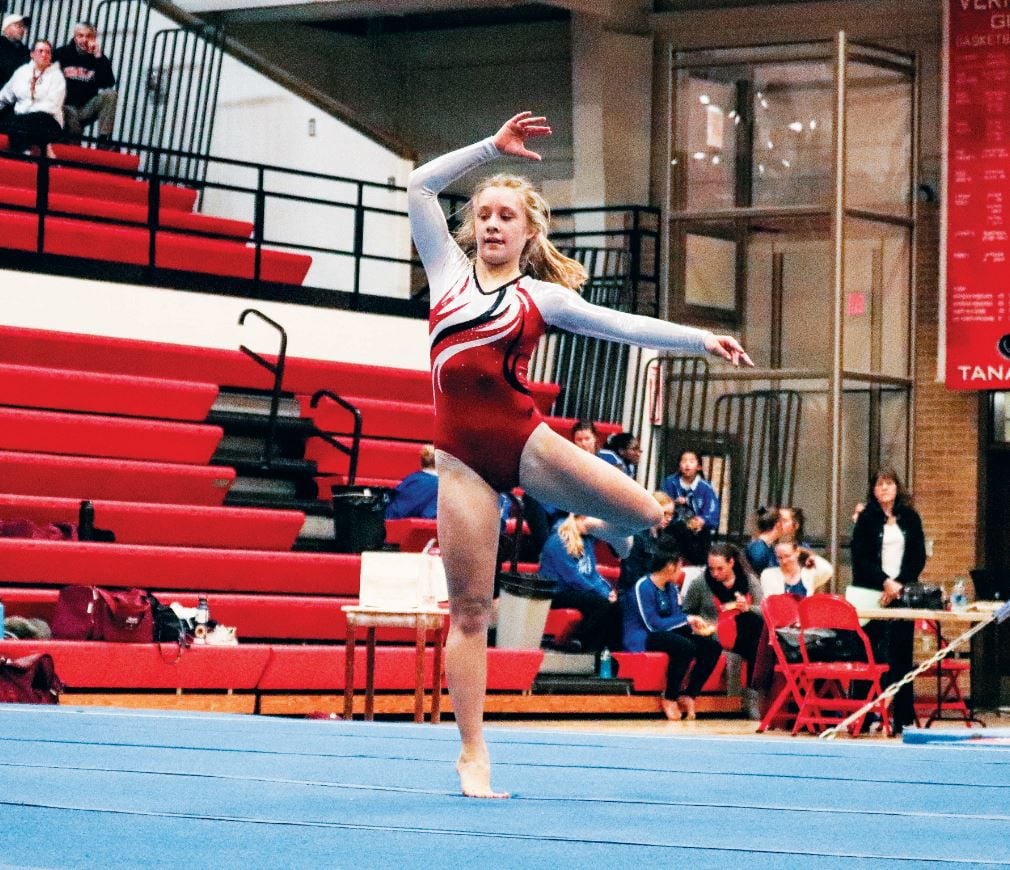 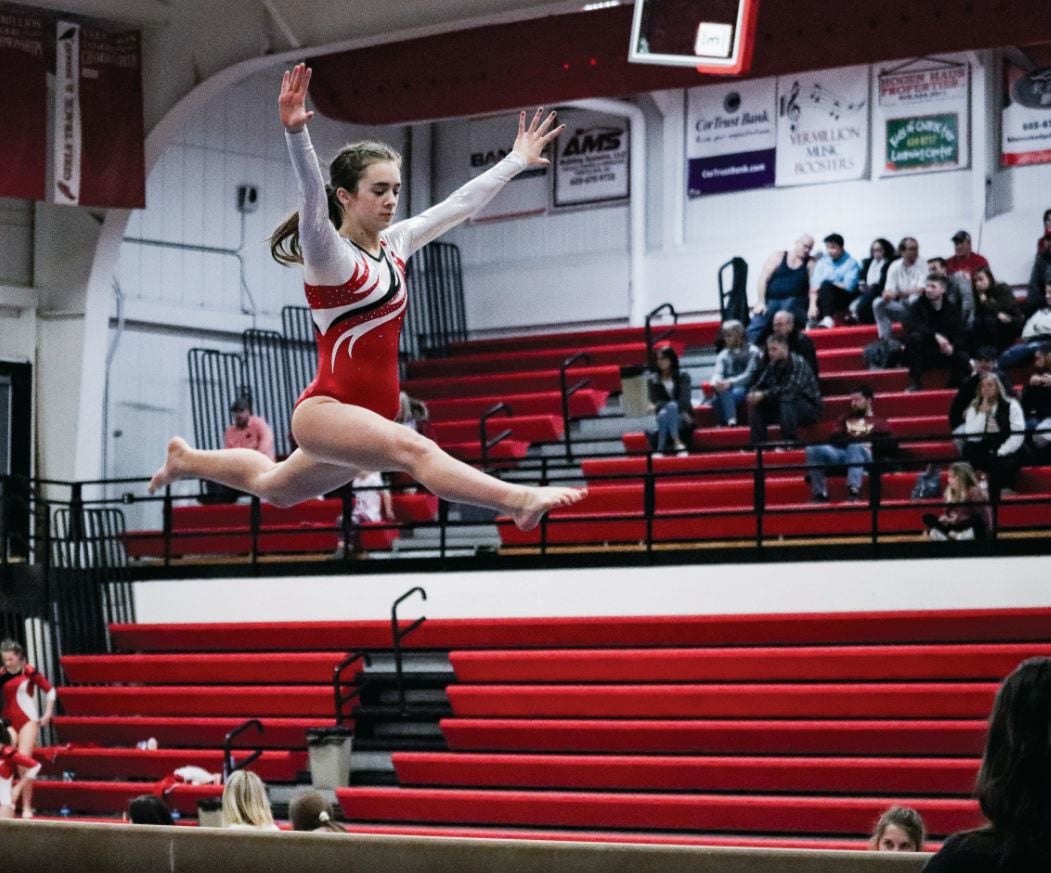 The Tanagers also had the best score in the beam with a 31.65 team total.

“Hosting home invites gives us a chance to show our hometown what we’ve been working on,” said sophomore Mackenzie Brady. “It makes me happy every time we compete, and there is a lot of support from the crowd.”

Eighth-grader Serena Gapp won the beam with an 8.95.

“I am proud of our team improving each meet we compete at, and we have gained so many new skills that we are excited to show off this season,” said Brady.

The Tanagers will compete this Saturday at the Madison Invitational at noon.

“I’m excited that our team is still so young, which means we can improve together for years to come,” said Brady.