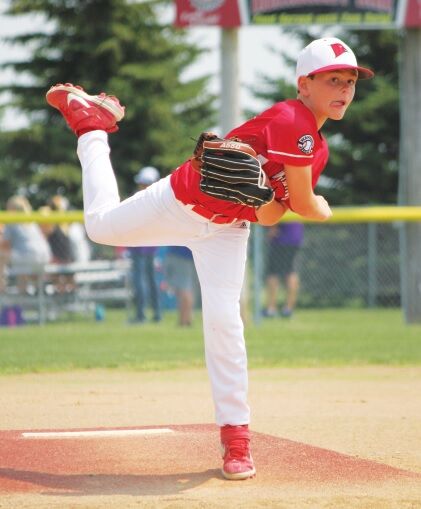 Mason Nygen throws a pitch to a Tea batter during the State Tournament. 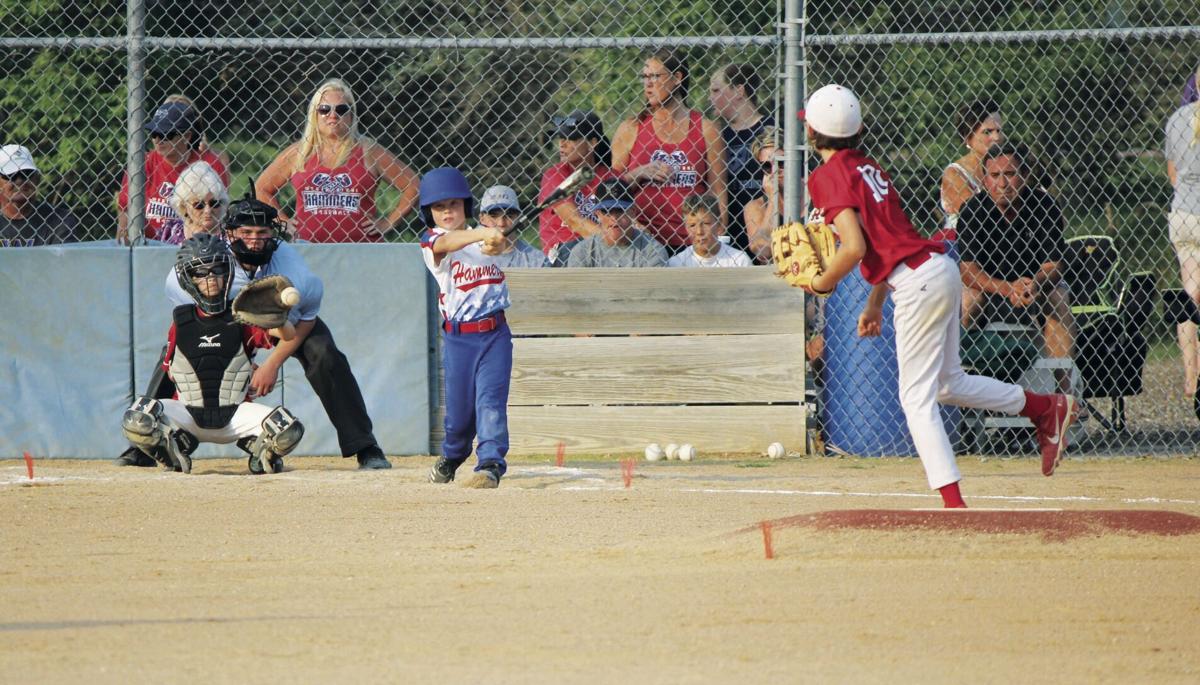 Emerson Jarchow on the mound vs. West Central at the State Tournament.

Mason Nygen throws a pitch to a Tea batter during the State Tournament.

Emerson Jarchow on the mound vs. West Central at the State Tournament.

Vermillion’s 10U baseball team ended a great summer of baseball at the 2021 SD VFW 10U State Tournament last weekend in Humboldt, SD. The team drew some tough opponents in pool play and finished just outside of the top eight after that.

The Tea Titans scored early and grabbed a 5-0 lead after the first four innings and that was enough to hand the Vermillion 10U team a loss in game one as they fell 5-1 last Friday.

Vermillion would score in the final frame as Reid Reuvers would score Grayson Jacobs on an infield single. But that wasn’t quite enough to mount a comeback against a powerful Tea team. Tea would go on to face West Central in the semifinal, and finished the tournament in third place.

The young Tanagers would manage five hits in the six inning game, while Tea hit safely eight times. Emerson Jarchow, Kellen Beach, Braxton Moeller, Reuvers and Jacobs all added singles for Vermillion. Reuvers was credited with the only Vermillion RBI.

On the hill, Mason Nygren threw the entire game, striking out three in five innings of work.

Game two was a very tight and emotional game for both squads as Vermillion looked to knock off the heavy favorite in the tournament and came up just a couple of runs short, dropping game two 4-2.

Vermillion did outhit West Central 10 to 6, but it wasn’t quite enough in the end. Kole Larsen led the way for Vermillion with 2 hits including a single and a triple. He also added an RBI. Larsen finished the game two for two.

Vermillion used three different pitchers in the contest and did a good job at holding West Central to only the six hits. Kole Larsen started and lasted the first two innings, striking out two and allowing just three hits. Kellen Beach and Emerson Jarchow also saw time on the mound, with Beach getting one inning and striking out two. Jarchow threw three innings and earned four strikeouts.

West Central went onto the championship bracket and defeated Bruce, Tea, and Dell Rapids to earn the 2021 State Championship.

In the final game in pool play on Saturday morning, Vermillion would use 15 hits and multiple runs in the third, fourth and fifth innings to defeat Flandreau 15-8.

Mason Nygren also added two RBI for Vermillion on a triple in the third inning.

Maddox Standley, Kellen Beach and Sam Sorensen combined for time at pitcher over five innings to earn the Vermillion victory. Standley started the game in the first inning. After that, Sorensen and Beach came in and slammed the door. Vermillion pitchers earned a total of 10 strikeouts of Flandreau batters during the game.

After the win in game three, Vermillion found out that they did not qualify to the championship round and thus the season was over. There were some tears and broken hearts during lunch when the players found out, but what a great season it was. Vermillion 10U finished the 2021 summer with a record of 17-14. Sam Vitt, Mason Nygren, and Emerson Jarchow finished the summer all hitting above 500, with Jarchow adding a team high 29 RBI and Vitt 24 RBI.

Kellen Beach finished the season as the team leader in innings pitched with 33 and 2/3. Just behind him, Vermillion leaned on Sam Vitt as he logged 28 innings on the mound. Jarchow, Beach and Vitt led the team in strikeouts and between the three of them, they accounted for more than 150 strikeouts total. Beach led the team with 57, Jarchow 55, and Vitt 53.

The future looks bright for Vermillion baseball with a successful season for the 10U squad and the 12U squad the week prior.