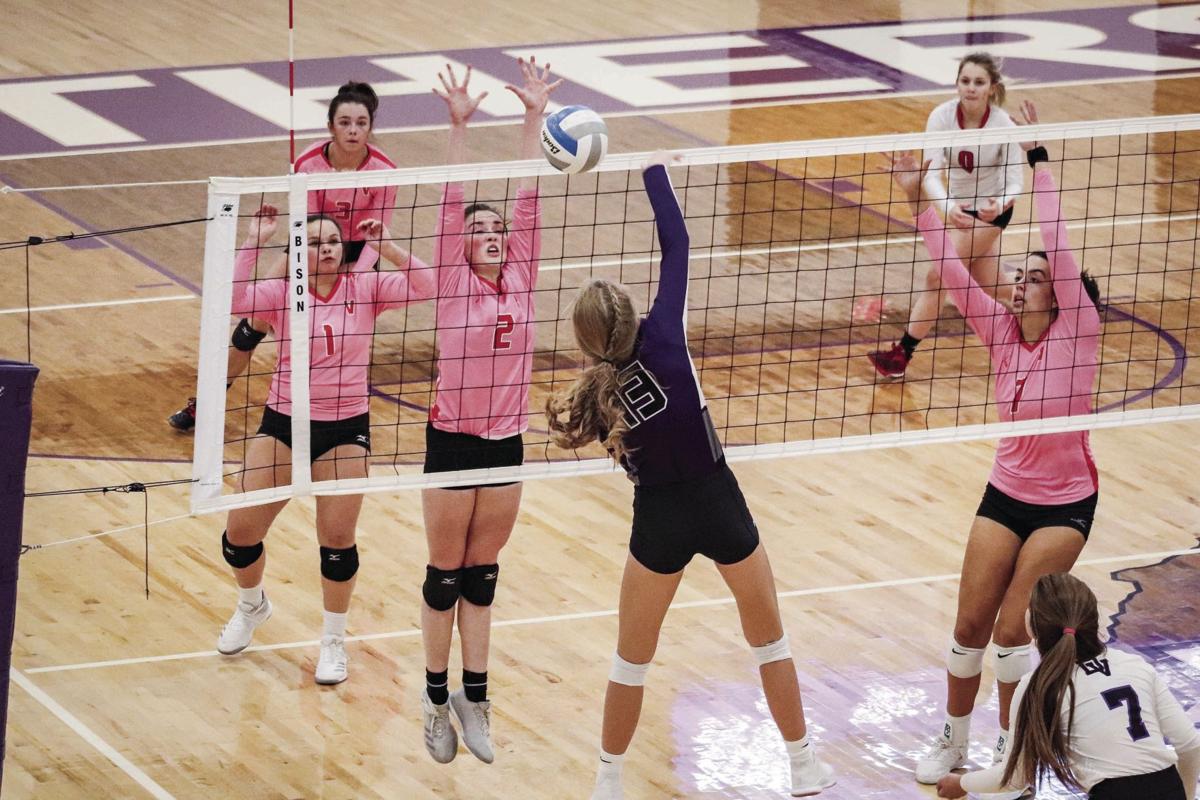 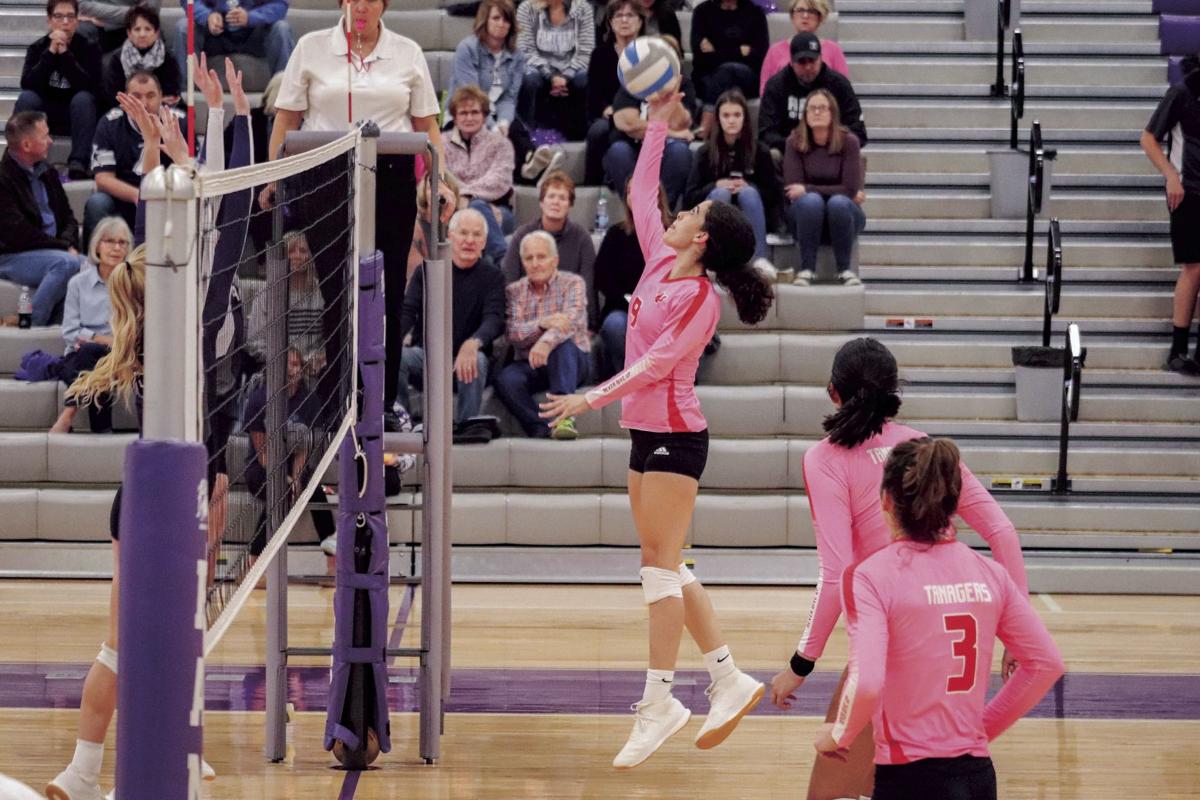 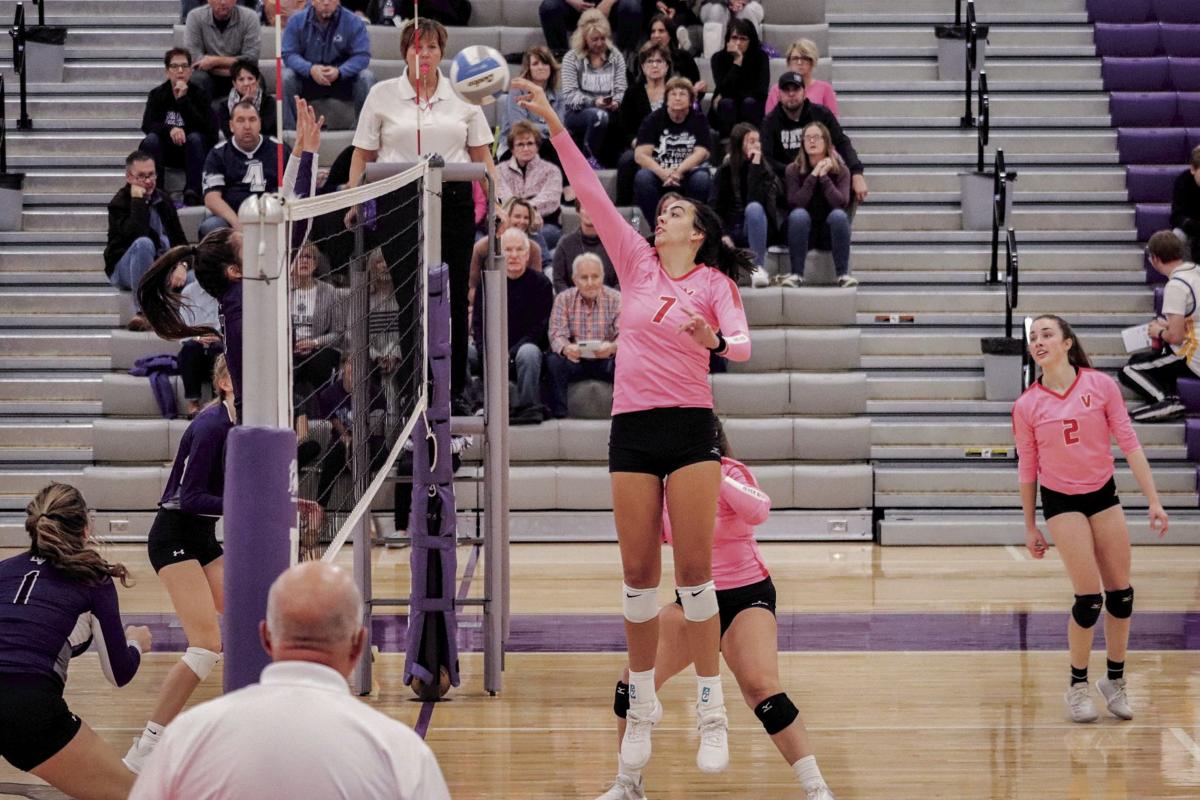 Senior Toria Andre sends the ball back to Dakota Valley's side in last Friday's game.

Senior Toria Andre sends the ball back to Dakota Valley's side in last Friday's game.

The Vermillion volleyball team played at Dakota Valley last Friday. The Tanagers fell to the Panthers 0-3.

The Tanagers lost the game after being defeated in the third set 12-25.

The Tanagers will begin their postseason as the No. 6 seed. Vermillion will play at 3-seed Elk Point-Jefferson Tuesday at 7 p.m. for the first round of the Region 4A playoffs.

The winner will advance to the second-round game this upcoming Thursday. Bracket updates can be found at sdhsaa.com/Athletics/Girls-Sports/Volleyball/Brackets-A .