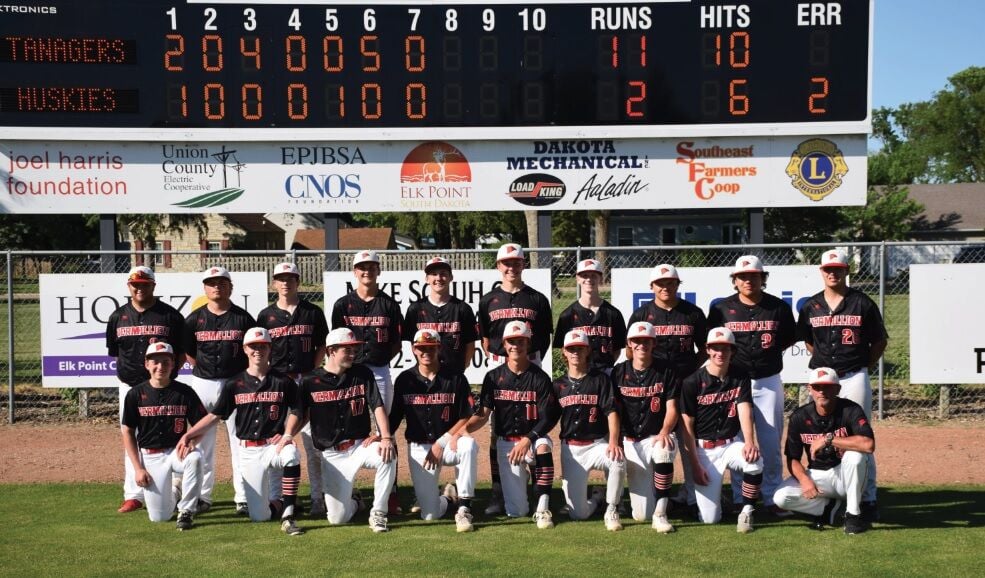 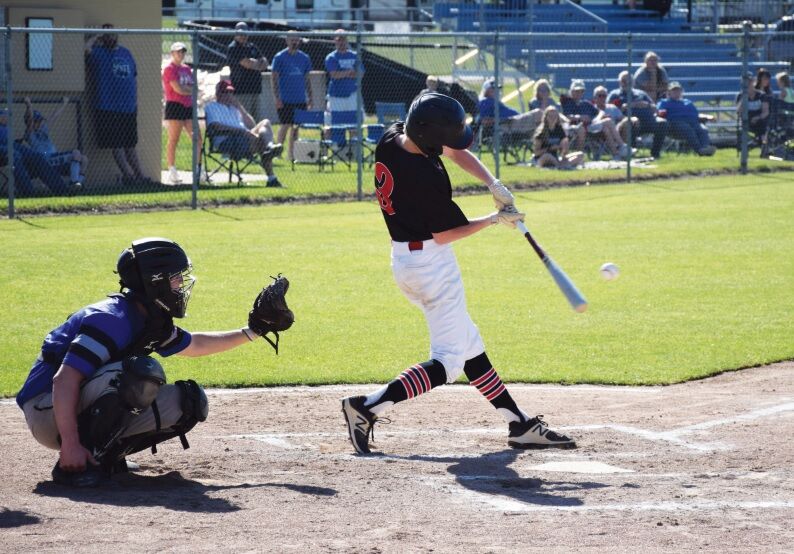 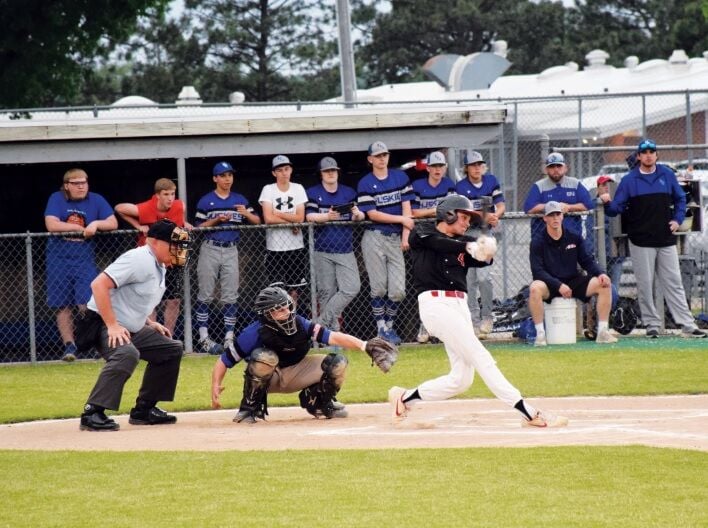 Jack Kratz at the plate. 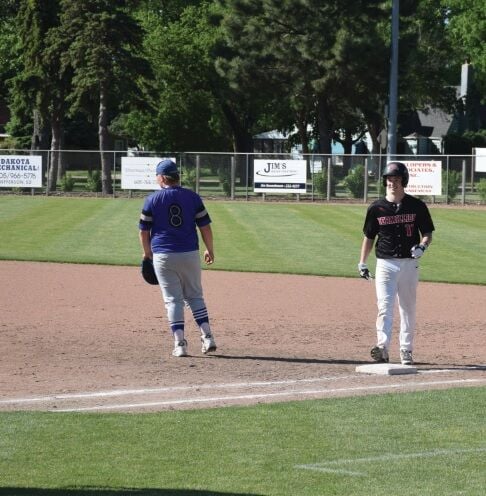 Charlie Ward smiles after smacking a hit to right field in the seventh inning against EPJ.

Jack Kratz at the plate.

Charlie Ward smiles after smacking a hit to right field in the seventh inning against EPJ.

The Vermillion Tanagers used a total of 18 hits over two games and in just shy of 24 hours to earn a trip to the South Dakota High School State Baseball Tournament next week in Sioux Falls.

Vermillion took on Hanson-Aurora in game one of their part of the bracket hosted at Todd Larsen Field in Elk Point on Monday afternoon. The Tanagers exploded on offense in the bottom of the third inning, scoring 12 runs and putting away the visiting Ducks 13-2 via the run rule in the fifth inning.

Jack Kratz led the way at the plate for the Tanagers, going two for four including a two-run home run in the big third inning.

Also collecting two hits in the game was Jake Jensen and TJ Tracy. Tracy also was credited with two RBI.

On the mound for the Tanagers, Ben Burbach started and finished the game, throwing all five innings, while striking out five. He only allowed two hits in the game and was not allow an earned run.

With the win, Vermillion earned the right to play either Elk Point-Jefferson or Wagner in the night cap. Elk Point would run away from Wagner with a 12-2 win and the match-up was set.

Elk Point-Jefferson would get one back in the home half of the first, thanks to a deep fly ball to center field that would score Tyler Goehring from third. Vermillion was still ahead after one, 2-1.

In the third, Vermillion would use timely hitting and a few EPJ errors and score four more times, putting the Tanagers up 6-1.

As the game went along, the defense on both sides tightened up, with zeros on the scoreboard in the fourth. But as the top of the fifth came around, so did the thunderstorms in the area. The rain started to fall, and after the start of the fifth, it was too much to keep playing. The decision was made to restart at that point on Tuesday evening at 5pm.

So the Tanagers made the trip back down Burbank Road again Tuesday afternoon and resumed the game where they left off. However, on this night, the Tanagers got the better of the home squad.

Elk Point would close out the top half of the fifth without allowing a Vermillion run. EPJ would score one in the bottom of the fifth

In the top of the sixth, the bats warmed up again for the visiting Tanagers as they knocked in five more runs to take the lead for good 11-2 and seal victory.

Catcher TJ Tracy led Vermillion at the plate in the game, he was 2-4 in the contest with two singles and four RBI.

The final hit in the Vermillion stat book came courtesy of Charlie Ward in the top of the seventh. Coach Tom Heisinger inserted Ward as a pinch hitter and on a 2-2 count, the junior smacked a single to right field. Ward, who is coming off an ACL injury in the final football game of the season, ran down to first to the loud cheers of the Vermillion crowd and soon was replaced by a pinch runner. It marked a great moment in the end of the game for the visitors as they soon celebrated in right field after a quick bottom of the seventh inning.

Obviously, the Tanagers are excited to get back to the state tournament. Many hours of hard work have prepared them to get to this point, and beyond.

Senior Nick Roob commented after the game about going to the state tournament, “I think it will be fun because we are playing really good and it’s fun to win. We are really focused in at the plate and in the field we are really playing clean on defense and hitting the ball, we are just locked in.”

Connor Saunders, also a senior this year, echoed Roob’s comments “(the win) feels very good. We are playing our best baseball right now, it’s going to be a good time (at state)”.

Head Coach Tom Heisinger was excited after the game against Elk Point-Jefferson. “This is great for our kids. They worked hard and have come a long way since March. Burbach and Jensen were great for us on the mound in the tournament. Guys like Tracy, Kratz, and Saunders really stepped up for us at the plate” said the Vermillion Coach.

“Our hitting has really come around and we need that to continue. The State Tournament is always a fun time, and I am just excited for our kids to have the opportunity to compete and represent Vermillion Baseball the best way we know how.”

Vermillion’s opponent at the State Tournament will be the number one seed out of Region 2. All of Region 2 will be played on May 26, after printing of this article. Currently, the #1 seed in the Region 2 is Howard, followed by Madison, Redfield and Sioux Valley.