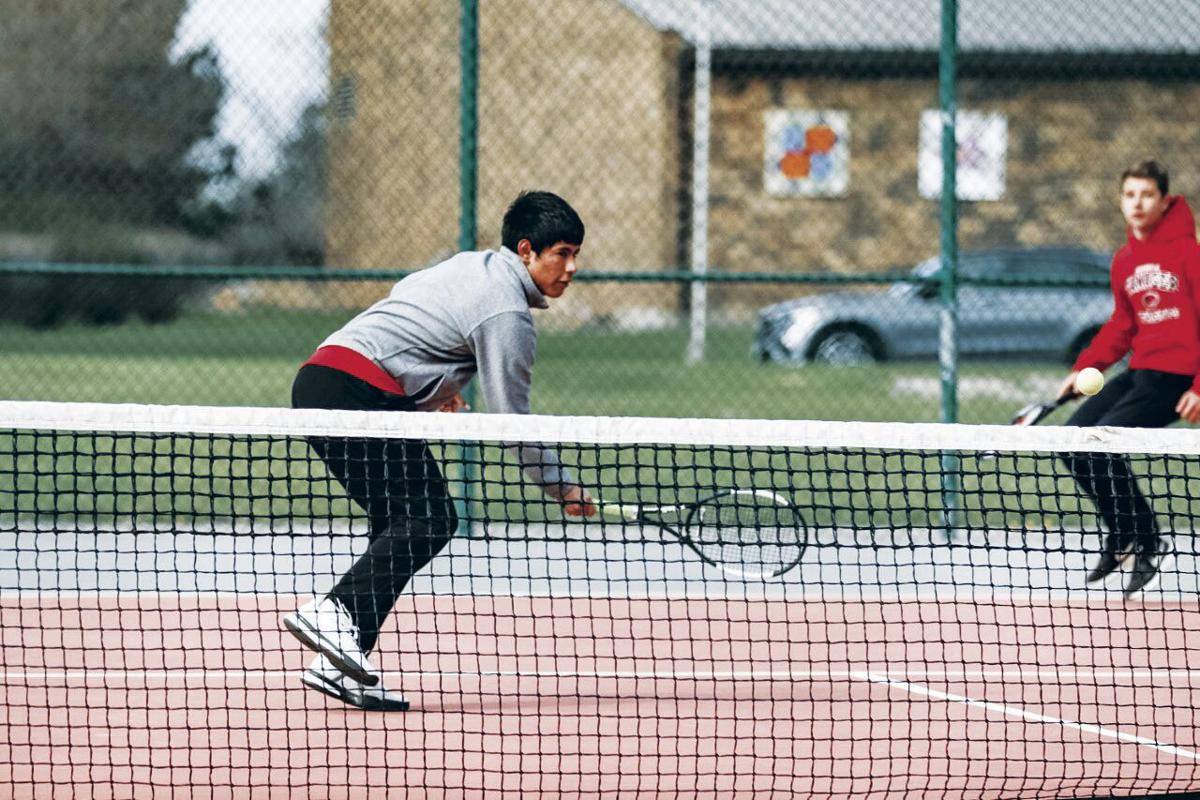 Senior Ramiro Lafuente returns the ball in the first flight of doubles against Brandon Valley last Tuesday on the USD courts. 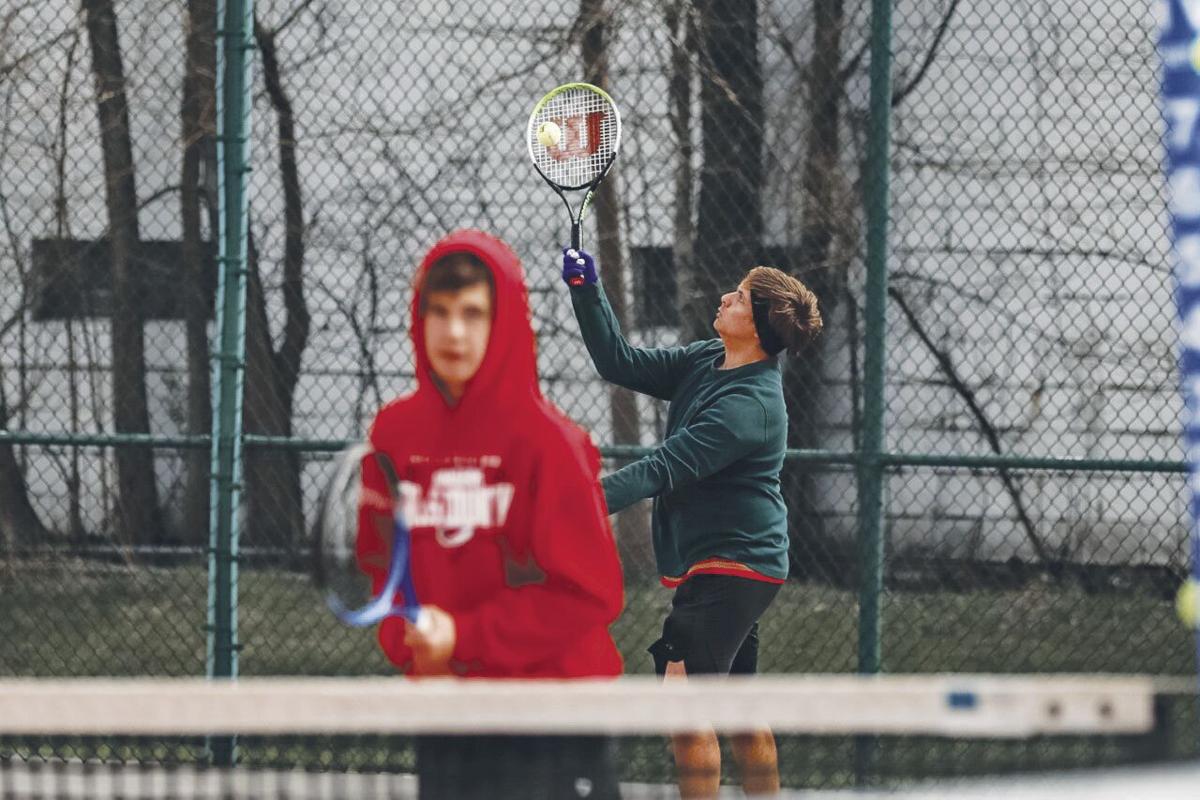 Senior Ramiro Lafuente returns the ball in the first flight of doubles against Brandon Valley last Tuesday on the USD courts.

“All the boys have improved a ton since we began in March,” said Vermillion head coach Kari Jensen. “Their groundstrokes are more consistent and they are starting to understand the strategy of the game.”

In the first flight of singles, senior Ramiro Lafuente won a game against Dawson Johnson.

“Our serves are still our biggest weakness,” said coach Jensen. “That just takes repetition and time. I compliment the boys on the willingness to ask questions and their work ethic to improve their game. They concentrate on every drill we do at practice and love to compete.”

Vermillion travels to Yankton Tuesday for a triangular at 11 a.m.

“Many of the boys have improved so much that they have moved up the ranks in singles and doubles,” said coach Jensen. “I like that they can now have some good, quality rallies with each other at practice and with their competition at matches.”