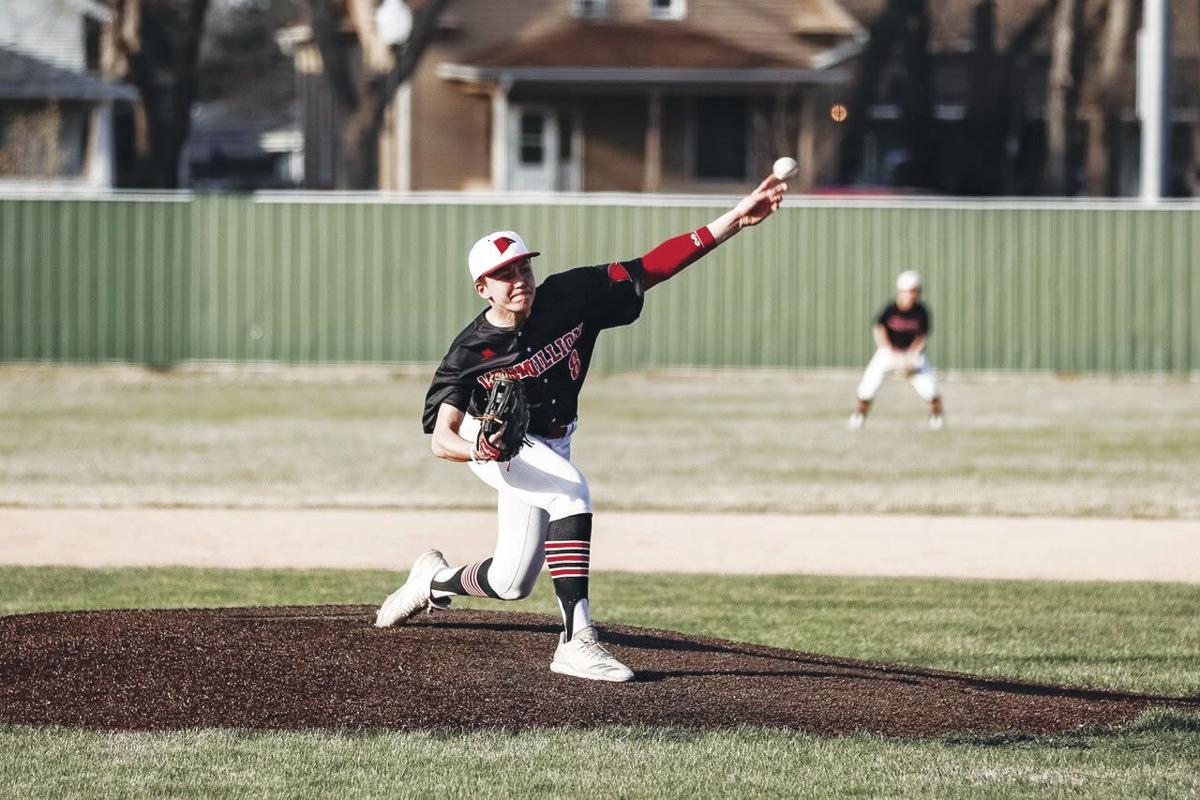 Vermillion pitcher Jake Jensen throws one from the mound in the Tanagers' 13-3 win over the Tri-Valley Mustangs this past Monday. 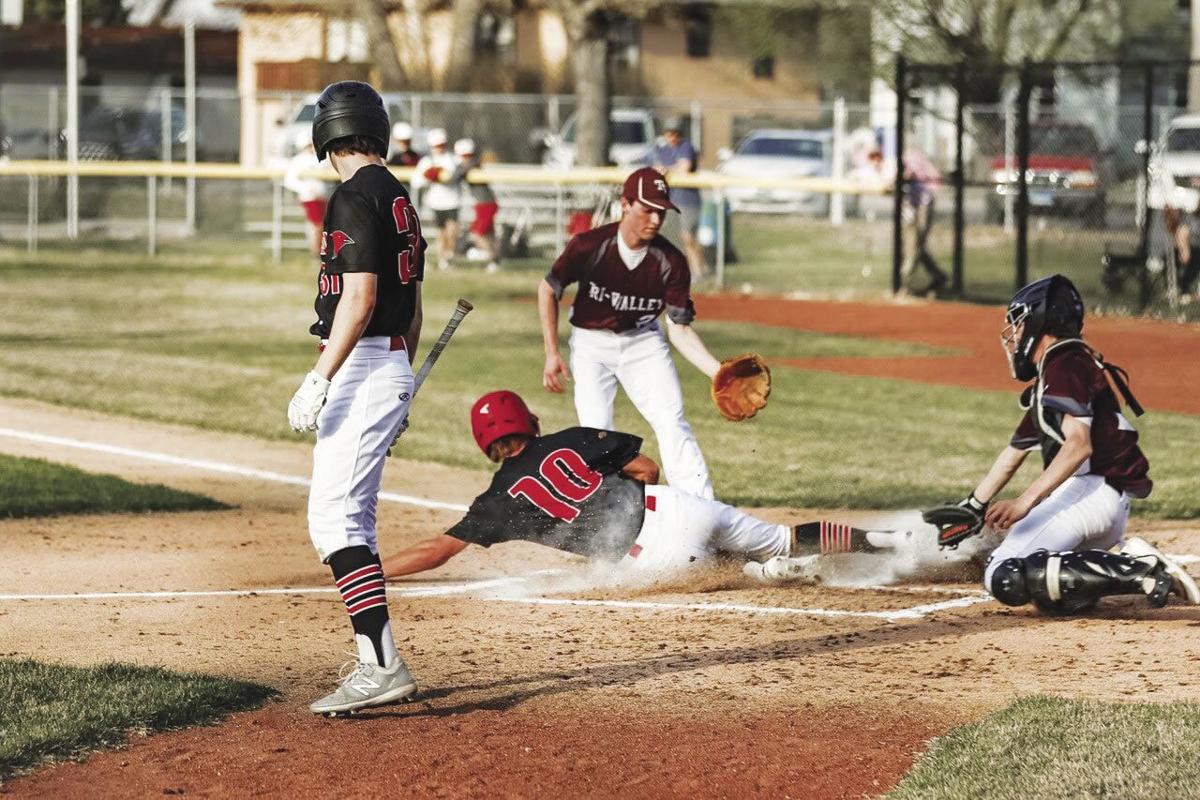 Clayton Sorensen is safe across the home plate in Vermillion's 13-3 win over Tri-Valley this past Monday at home.

Vermillion pitcher Jake Jensen throws one from the mound in the Tanagers' 13-3 win over the Tri-Valley Mustangs this past Monday.

Clayton Sorensen is safe across the home plate in Vermillion's 13-3 win over Tri-Valley this past Monday at home.

“I am happy with how we have played the first two games,” said Vermillion head coach Tom Heisinger. “In Tea, it was our first time on the field, so I was expecting some mistakes. Jake Jensen and Clayton Sorensen threw the ball well from the mound. However, our hitters didn't put the ball in play enough.”

This past Monday, the Tanagers defeated Tri-Valley 13-3.

Against Tea Area, Vermillion took an 0-1 start after the second inning. The Tanagers tied the game in the fifth, but the Titans scored one in the sixth and held off the visitors. Vermillion lost 1-2.

The Tanagers had three hits and one error to Tea’s two hits and two errors. Jake Jensen pitched four innings for Vermillion and had five strikeouts. Connor Saunders, Reece Proefrock and Nick Roob each recorded a hit with the RBI from Saunders.

Two days later, the Tanagers went on to defeat Yankton 13-1.

“In Yankton, it was a different story,” said coach Heisinger. “We had much better at-bats and were much more aggressive. It was great to see.”

This past Monday, the Tanagers won the game over Tri-Valley in five innings, 13-3.

Vermillion took a 5-1 lead after the first inning. The Mustangs scored one run in the second inning and their third in the fourth, but the Tanagers scored two each inning to win via mercy rule after five.

At bat, Jack Kratz led with three RBIs and three hits. Proefrock tallied two RBIs for Vermillion. On the mound, Jensen pitched the game-high four innings and had five strikeouts.

“We are just so thankful to be playing and having the assurance of a season,” said coach Heisinger. “It hit us pretty hard last year not getting to play, so we are thankful to get the season going.”

Vermillion will play Tuesday at Dakota Valley. The first pitch is at 5:30 p.m.