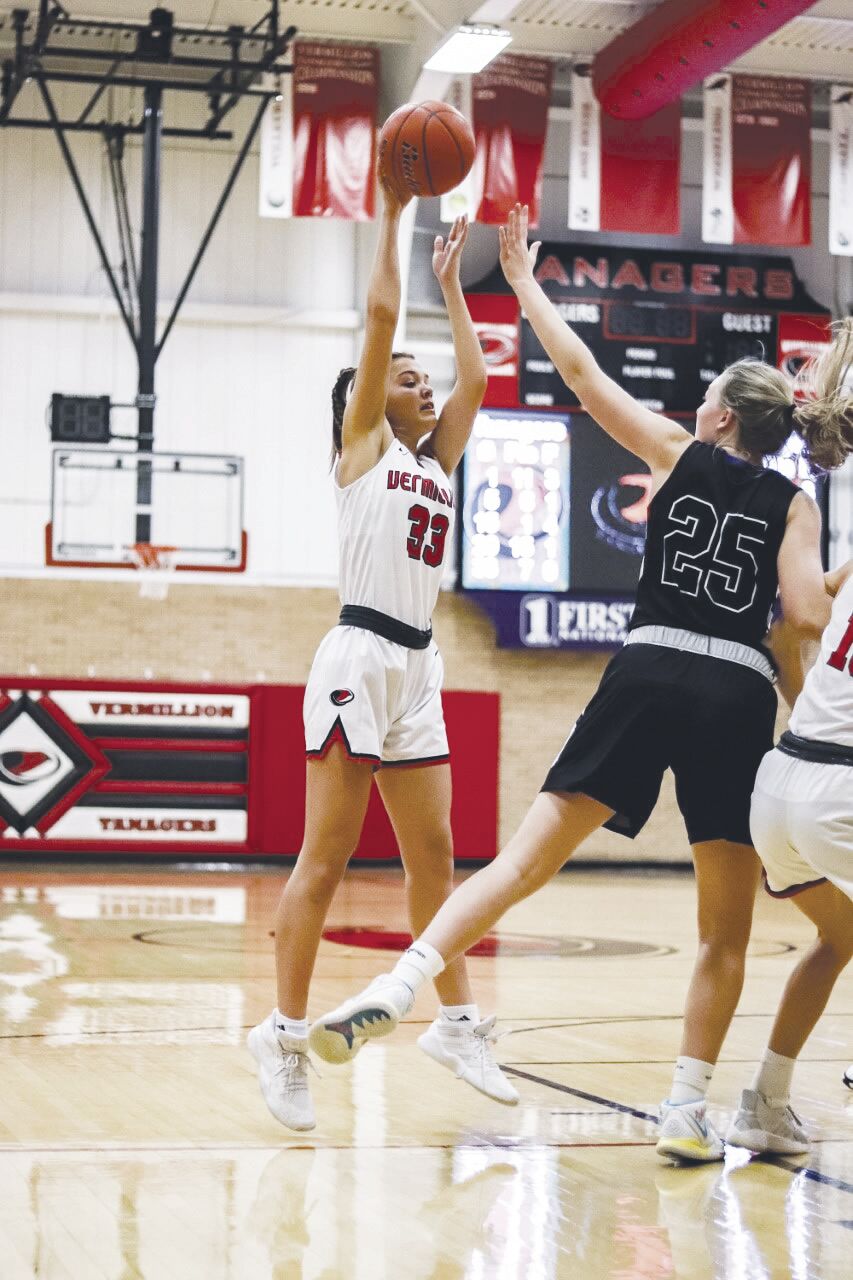 Eighth-grader Brooke Jensen looks to make the pass to the post in the 43-48 loss at home to Sioux Falls Christian last Thursday. 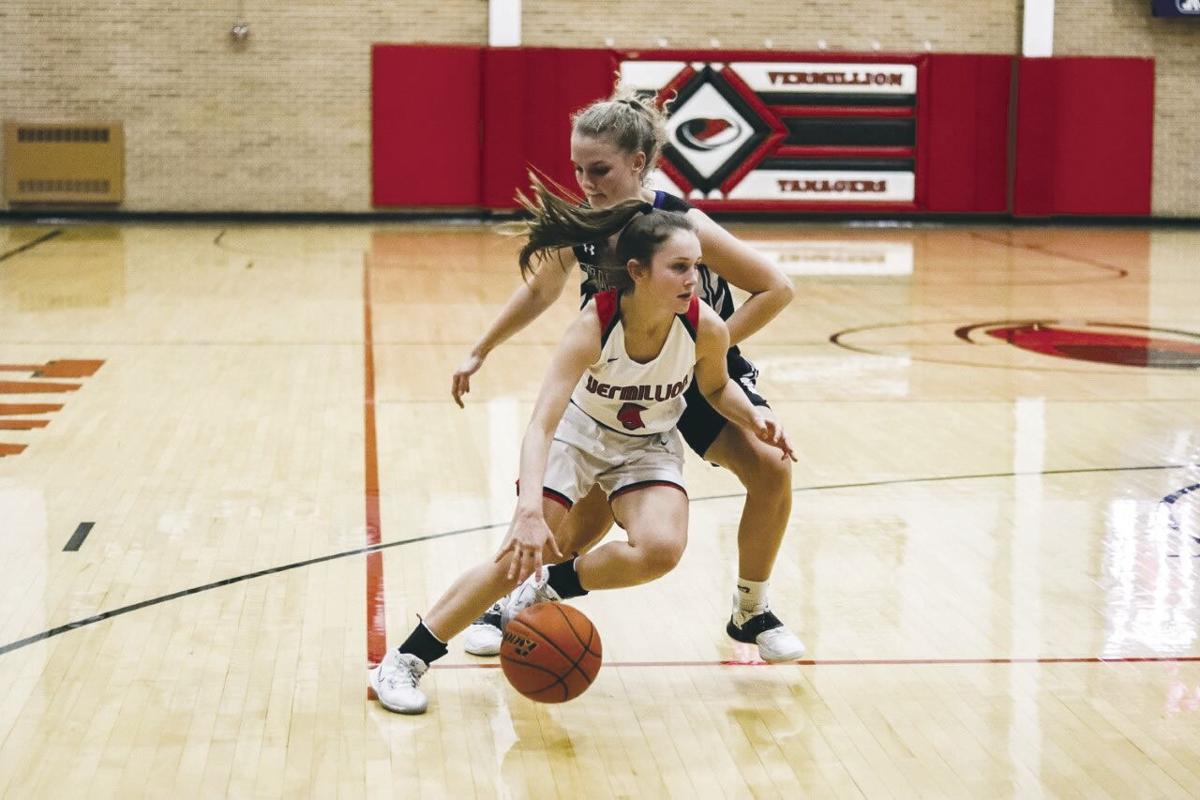 Eighth-grader Brooke Jensen looks to make the pass to the post in the 43-48 loss at home to Sioux Falls Christian last Thursday.

The Tanagers began with a 3-point lead after the first quarter, up 12-9.

Vermillion gained their largest lead early in the second quarter by six. The Chargers battled back to put the Tanagers down 22-23 at the half.

The opponents built their lead to eight by the middle of the third. Vermillion was down 30-37 with one quarter remaining.

The Tanagers outscored SFC by two in the fourth but fell 43-48 to the Chargers. The game had five lead changes.

Vermillion senior Lexi Plitzuweit had a double-double with 15 points and 13 rebounds. She also had four assists.

Eighth-grader Kasey Hanson tallied 11 points, shooting 3-for-5 beyond the arc.

For SFC, senior Lexi Unruh led the team with 21 points, 10 rebounds, five steals, one assist and one block.

Vermillion plays Tuesday in a doubleheader at home against Wagner. The girls play at 6:30 p.m., and the boys follow at 8 p.m.