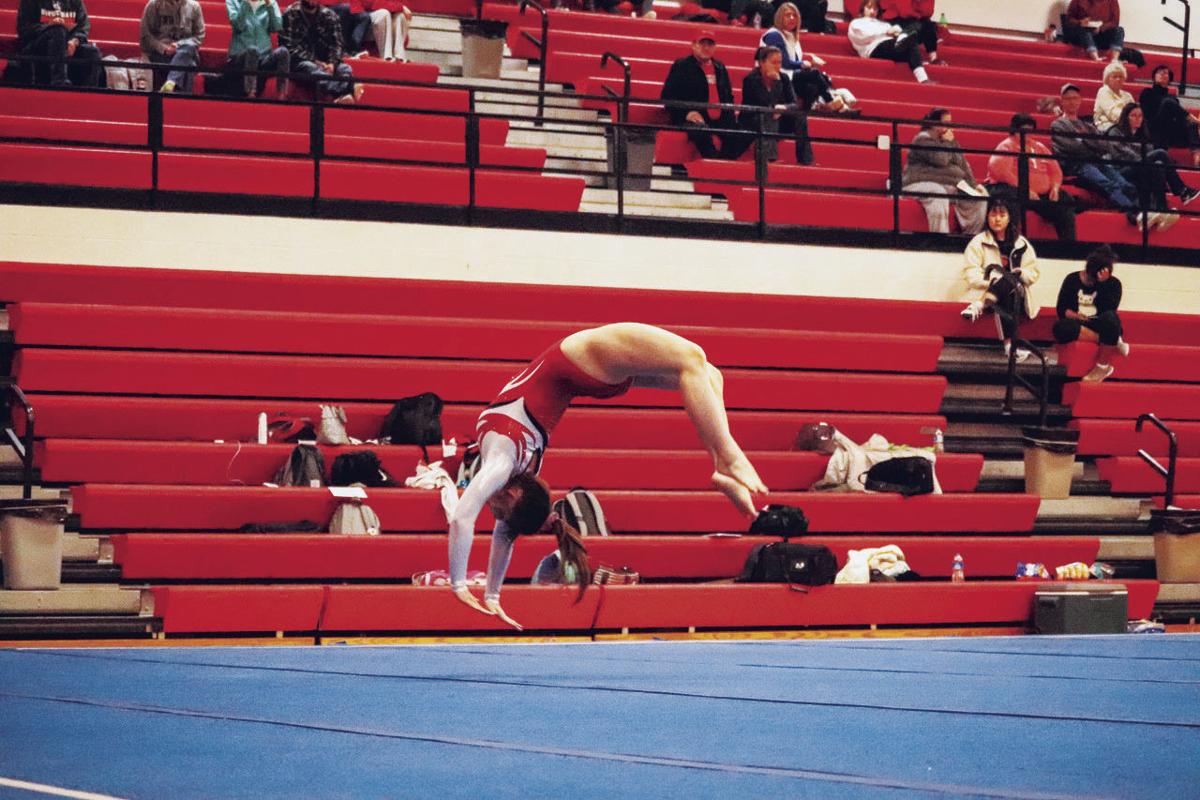 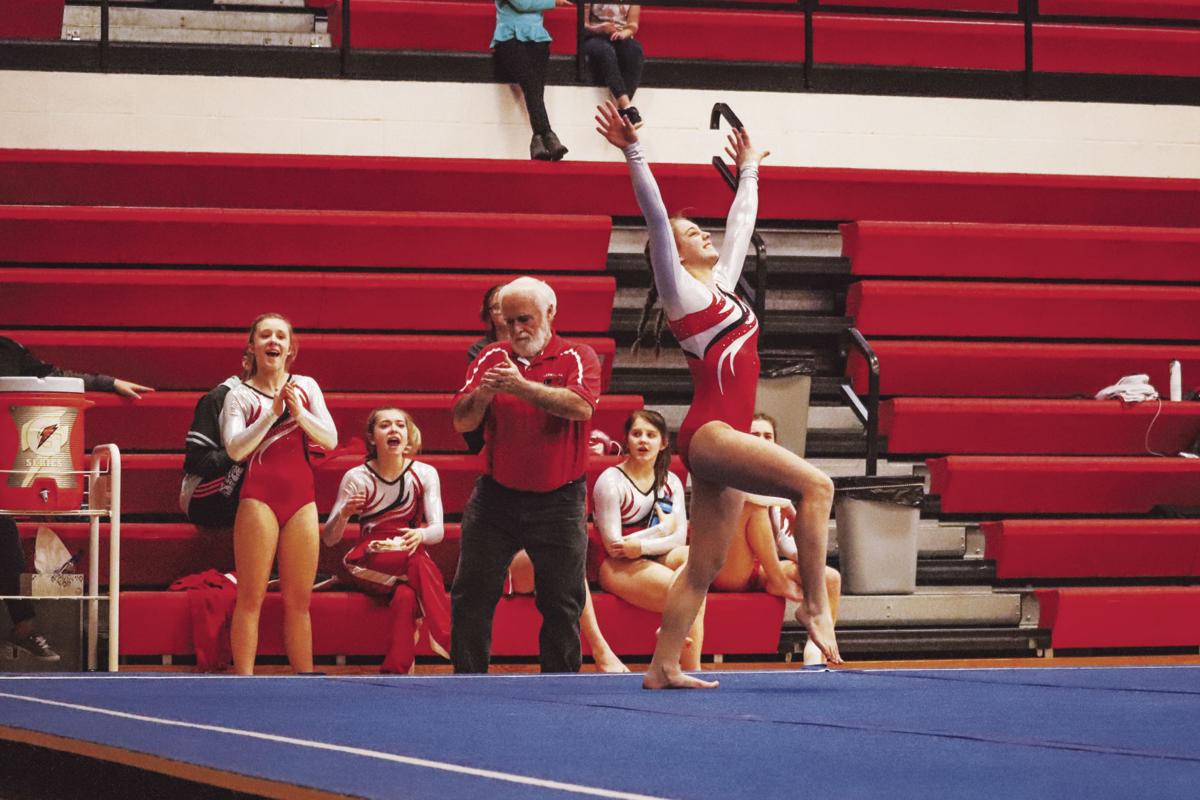 Sophomore Mackenzie Brady finishes a tumbling line in her floor routine as teammates cheer behind her in Thursday's home triangular. 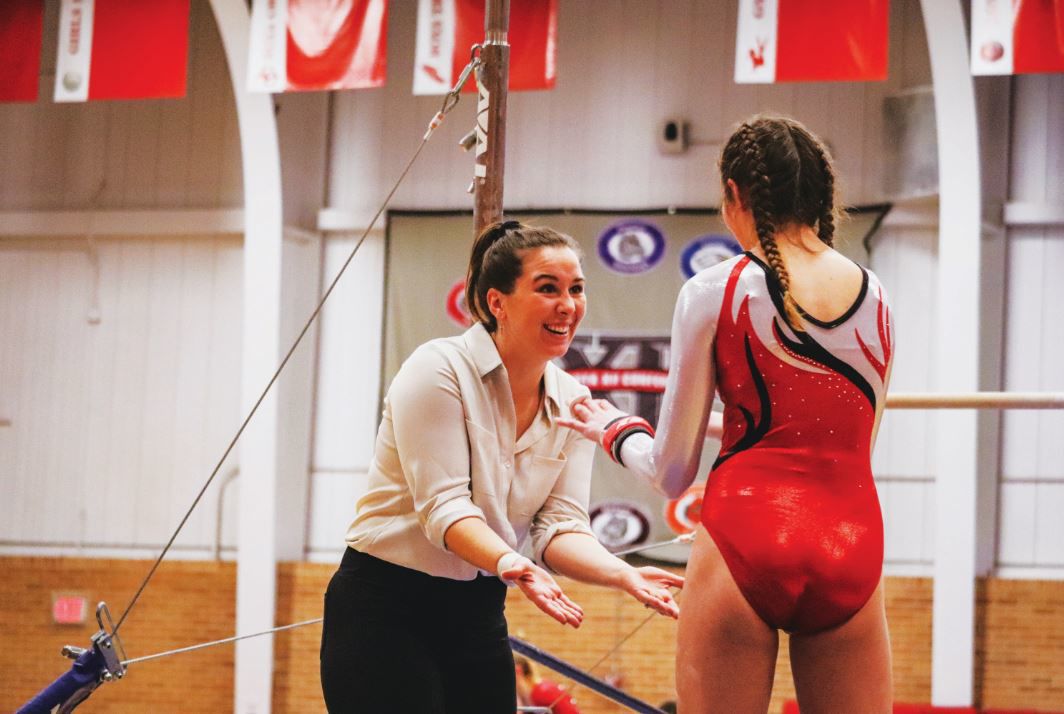 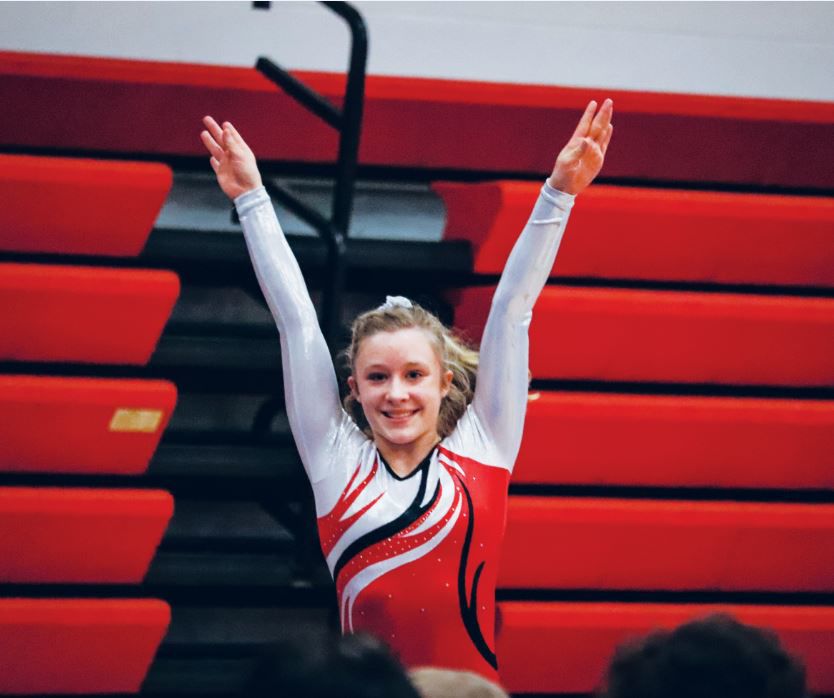 Sophomore Mackenzie Brady finishes a tumbling line in her floor routine as teammates cheer behind her in Thursday's home triangular.

Eighth-grader Serena Gapp won the beam with 8.55. Gapp also placed fourth in the bars with a 6.75.

Eighth-grader Mercedes Hoffman placed tenth in the floor exercise with a 6.55. Hoffman also placed eighth with a 7.9 in the vault and 5.45 in the beam.

Senior Haily Ericsson competed in the bars and scored 2.6.

Vermillion gymnastics will compete in the Region 2 Meet this Friday in Chamberlain. The meet will begin at 6 p.m.

Class-A State Gymnastics will be next Friday and Saturday, February 14 and 15, in Aberdeen.