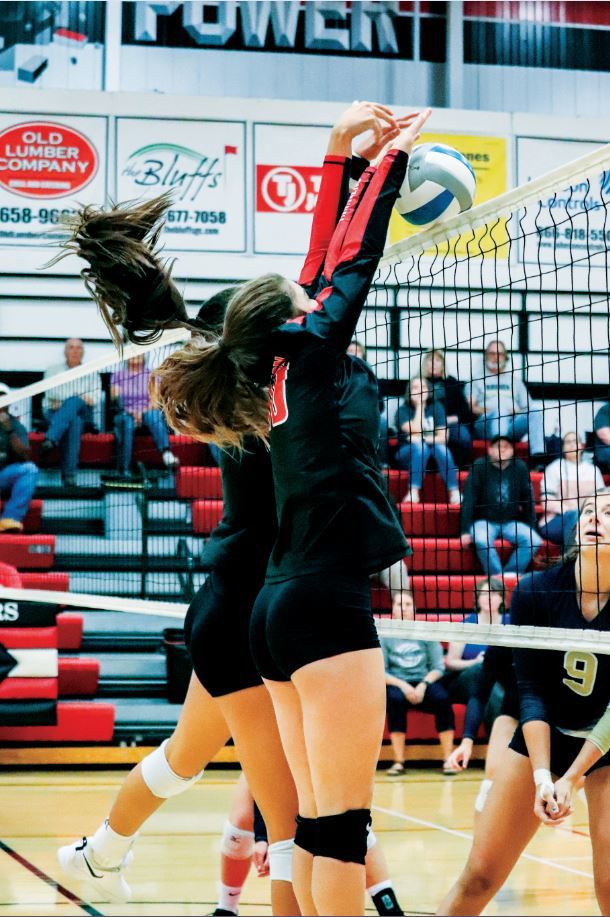 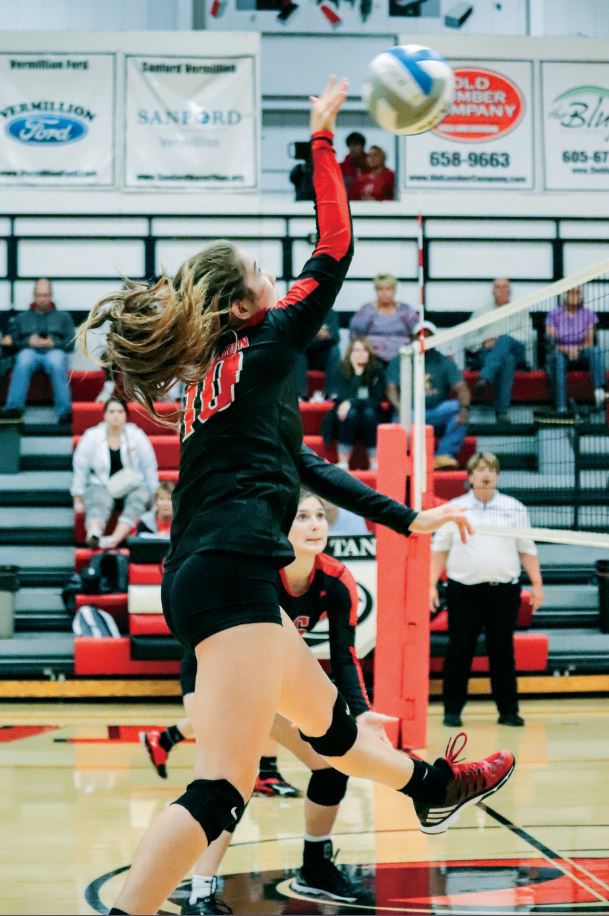 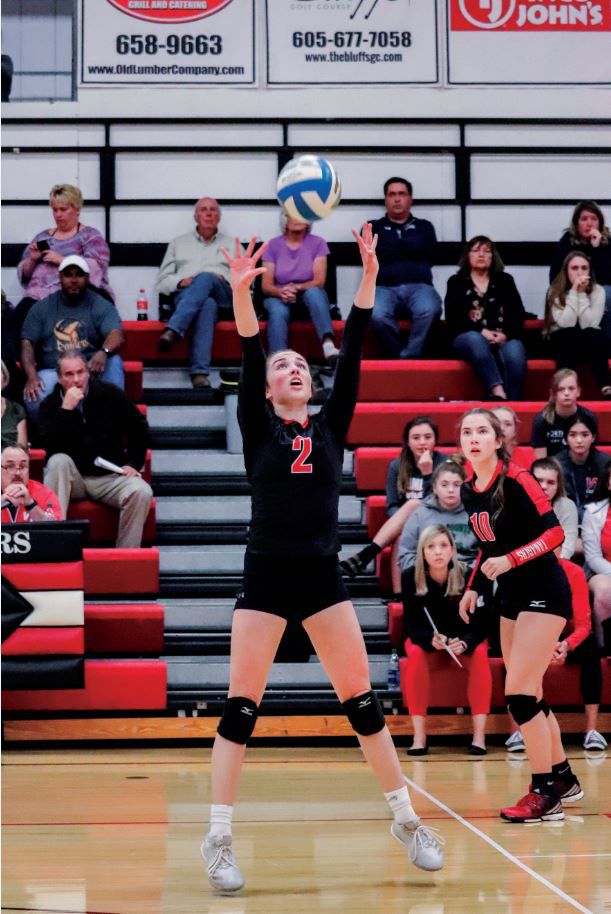 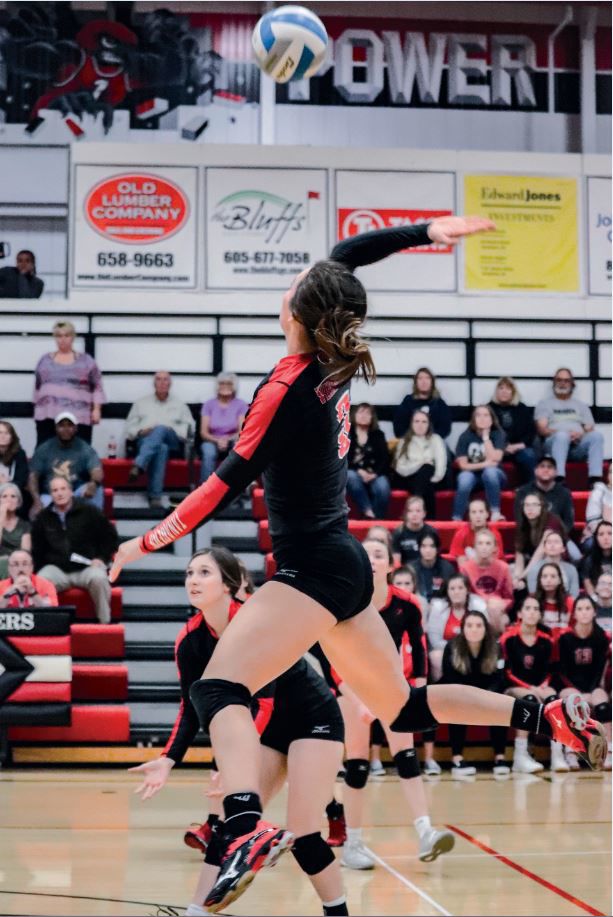 Senior Emily Stockwell makes one of her 12 kills against Gayville-Volin at home last Thursday.

Senior Emily Stockwell makes one of her 12 kills against Gayville-Volin at home last Thursday.

The Tanagers won the first set 25-19. The opponents battled back to tie the match as Vermillion lost the second set 20-25.

Gayville-Volin went on the win the third by four points. The Tanagers won the fourth set 25-22 to send the match into a fifth.

Vermillion lost 16-14 in a close battle.

“I was happy with our hitting in sets 1 and 2, and our serving was solid as well,” said coach Zeller. “But then, we let up our guards, and they fought hard to get back in the set. I am happy with our serve receive, but our defense still needs a lot of work.”

“We continue to learn about ourselves and how to work together as a team,” said coach Zeller. “We have great individual efforts, but we need the whole group to put it together at the same time to show what we can really do.”

Vermillion will play away against Tri-Valley at 7:30 p.m. Monday.