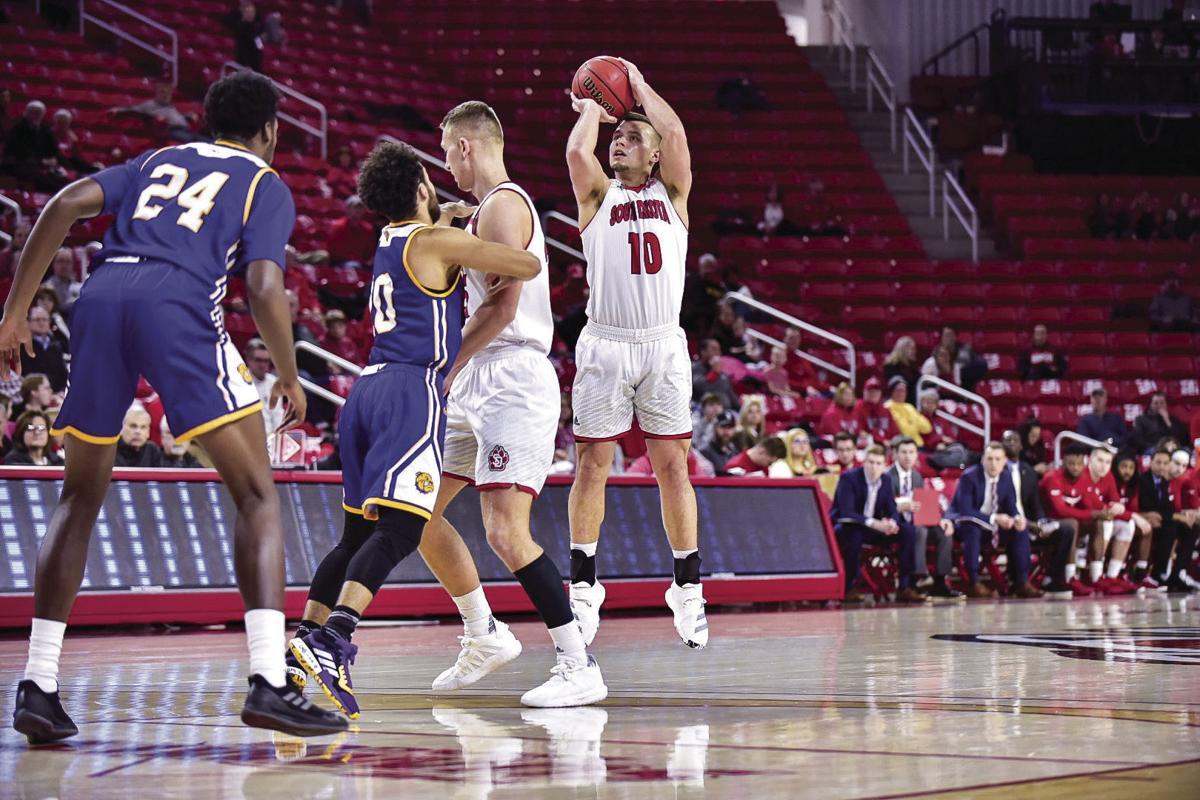 Senior guard Cody Kelley shoots from beyond the arc in the Coyotes' 85-72 win over Western Illinois Wednesday night. 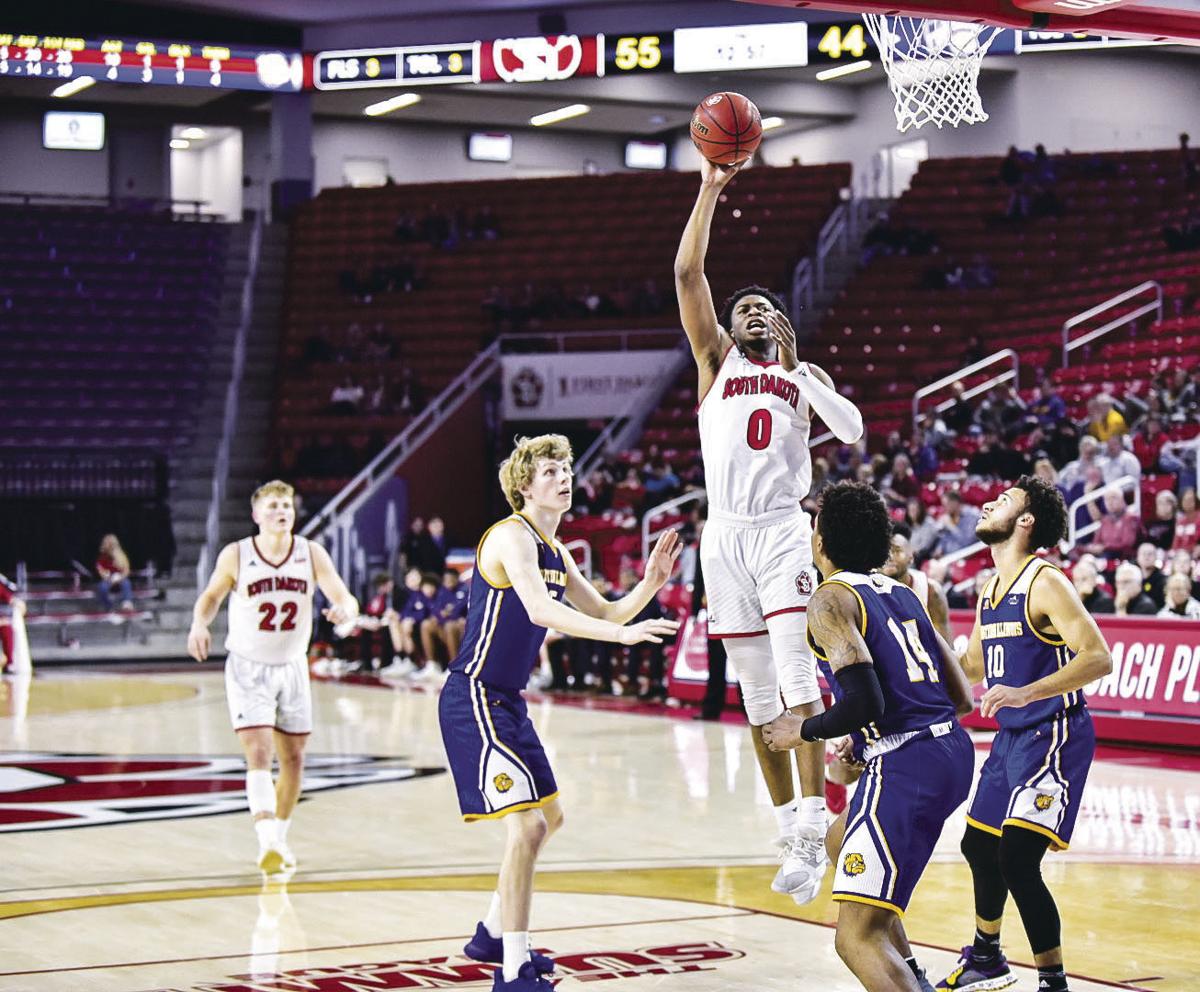 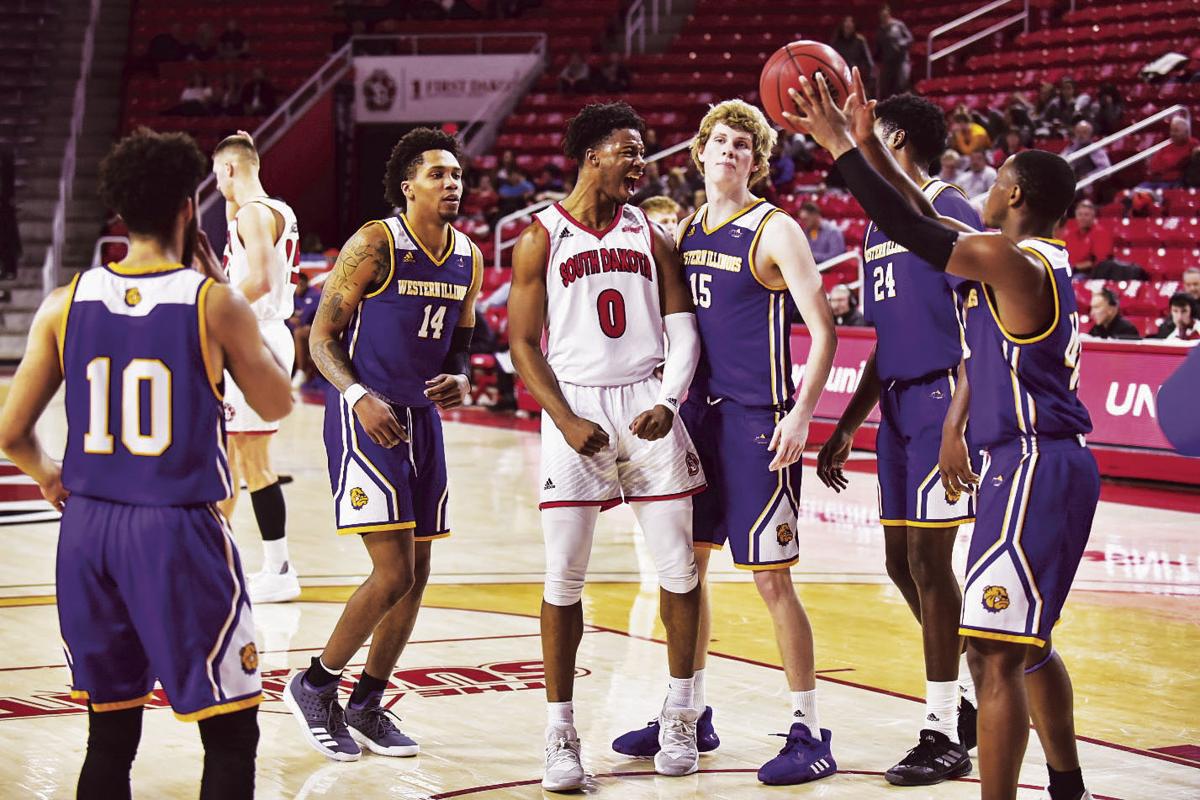 Junior guard Stanley Umude celebrates after an and-one against Western Illinois in the Coyotes' 85-72 win. 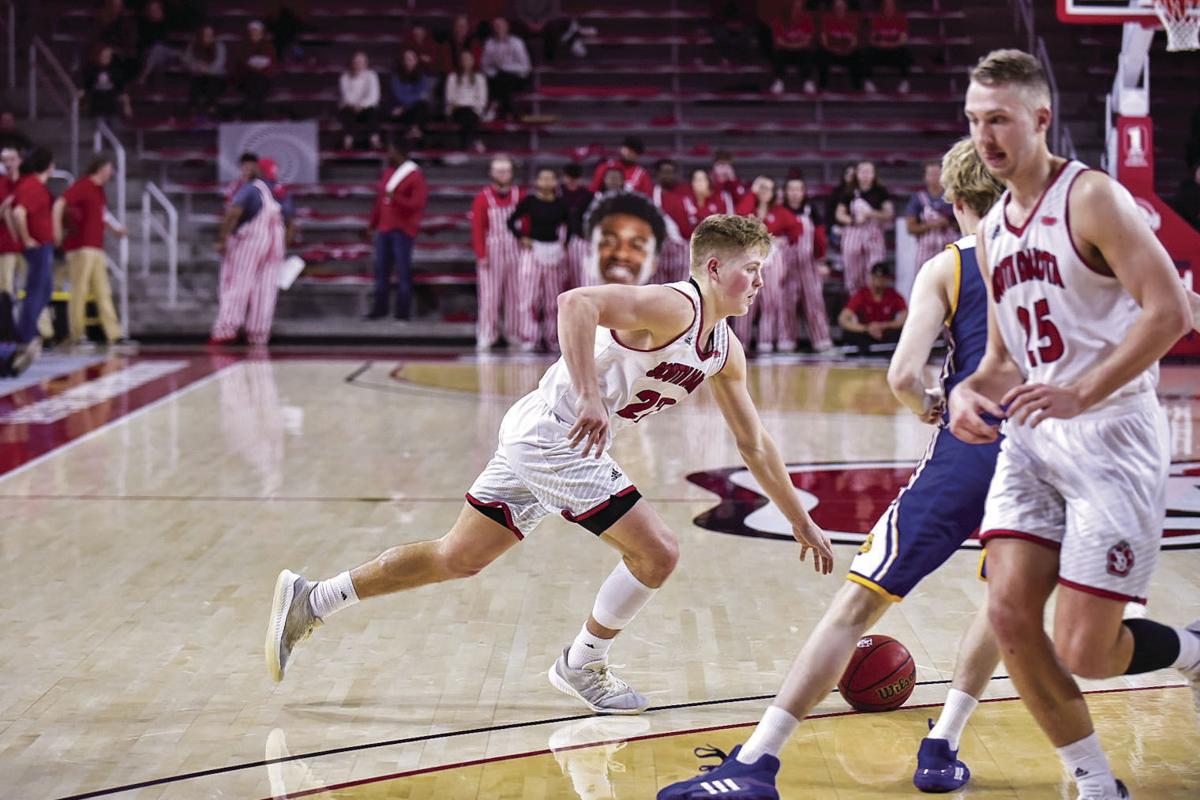 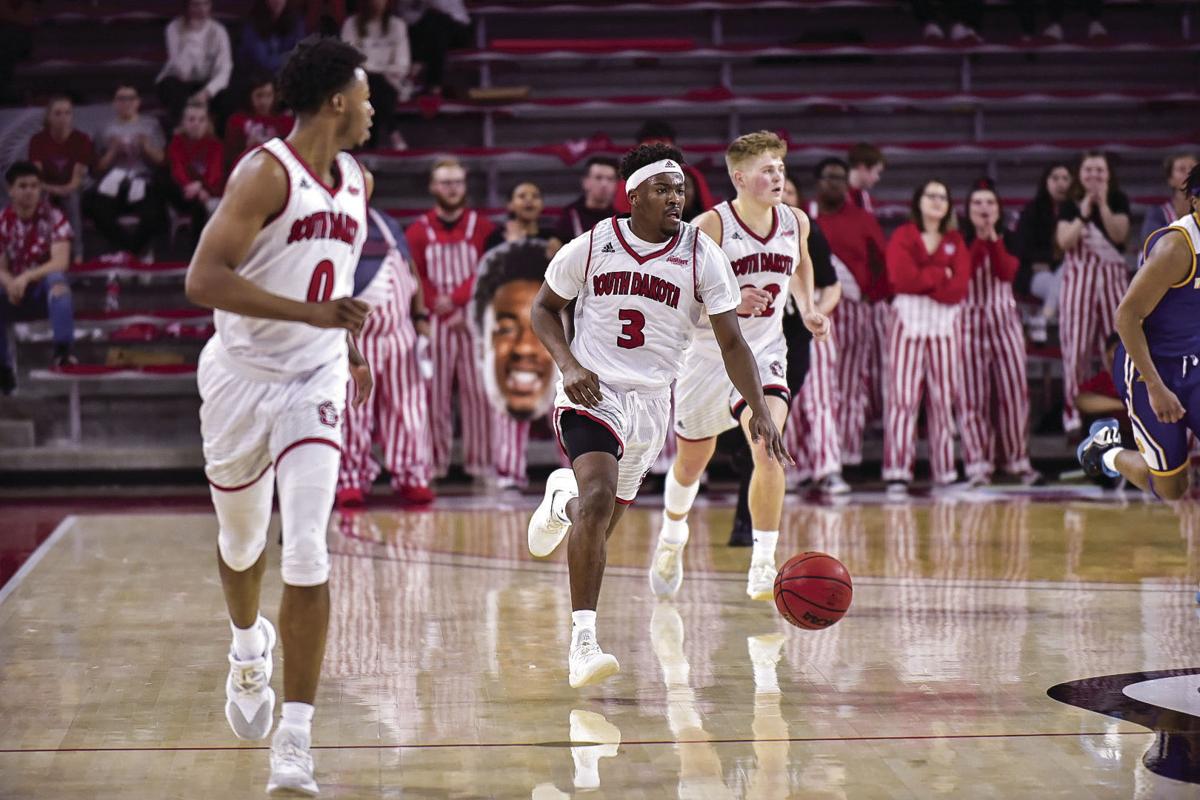 USD senior Triston Simpson brings the ball down the court for the Coyotes in their 85-72 victory over the Western Illinois Leathernecks Wednesday night.

Senior guard Cody Kelley shoots from beyond the arc in the Coyotes' 85-72 win over Western Illinois Wednesday night.

Junior guard Stanley Umude celebrates after an and-one against Western Illinois in the Coyotes' 85-72 win.

USD senior Triston Simpson brings the ball down the court for the Coyotes in their 85-72 victory over the Western Illinois Leathernecks Wednesday night.

VERMILLION – The Coyote men’s basketball team overcame a sluggish start to claim their eighth straight win in an 85-72 victory over Western Illinois Wednesday night in the Sanford Coyote Sports Center.

The victory was the Coyotes (19-8 overall, 9-3 in conference) tenth in their last 11 games. USD head coach Todd Lee said Tyler Peterson told him it is the first time this senior class has won eight games in a row.

“I didn’t know this stat but TP (Tyler Peterson) knows all the stats,” Lee said. “He said this is the first time that our seniors have won eight games in a row in the program since they’ve been in the program. That’s a good accomplishment for our seniors.”

The Coyotes didn’t make their first basket until the 16:30 mark of the first half when Peterson hit a lay-up. Stanley Umude gave USD its first lead ten minutes later 24-23.

Tyler Hagedorn didn’t score for the first 13 minutes of the game, but hit a 3-pointer at the buzzer to give the Coyotes a four-point 35-31 halftime lead.

“We just stayed poised, we’re a confident group,” Simpson said. “We have a lot of older guys, and we knew that the first six minutes or so, if we kept doing what we’re supposed to do and moving the ball on offense that the shots were going to fall in.”

The Coyotes went on a run 7-0 scoring run with 14 minutes left to build a 14-point lead that was too much for the Leathernecks to overcome.

The Coyote bench was relatively quite on the evening, with Ty Chisom being the only one to score off the bench until the 7 minute mark of the second half when Brandon Armstrong made a 3-pointer.

A 17-point Coyote lead was cut to 11 of a pair of 3-pointers by Zion Young. Following a timeout by Lee, Cody Kelley made his first basket of the evening and converted an and-one opportunity. On the ensuing Leatherneck possession, Kelley committed a foul by was injury on the play. He walked off under his own power, but went straight back to the locker room.

“Cody has a shoulder that pops out a lot,” Lee said. “A lot of times it’s just freaky like he might just be reaching in. I would say he has done it six or eight times this season. We need him obviously so we will see how he feels tomorrow.”

Western Illinois started the full court pressure, and got within 10 points of USD, but The Coyotes broke through the press with 45 seconds left when Tyler Hagedorn lobbed an alley-oop pass to Stanley Umude who threw it down to give USD an 83-71 advantage.

“He (Simpson) is huge,” Umude said. “ You could tell, the games he didn’t play with us, even the first few games back, he wasn’t the same Triston. Now he’s starting to get back and I would say he is all the way back. it’s big for us, everyone plays with more confidence when he is out there.”

Kobe Webster racked up 29 points for Western Illinois. Zion young finished with 21 points, but fouled out in the final moments of the game.

The Coyotes currently sit third in the Summit League standings behind South Dakota State and North Dakota State. The Coyotes face both of those teams next week, but have a showdown with oral Roberts in Tulsa, Oklahoma Saturday before the team can shift their focus.

We’ve got ot take care of business,” Lee said. “We control our own destiny because we have North Dakota State here and we go to South Dakota State. Every games feels like a must-win, and every game is a must-win.”