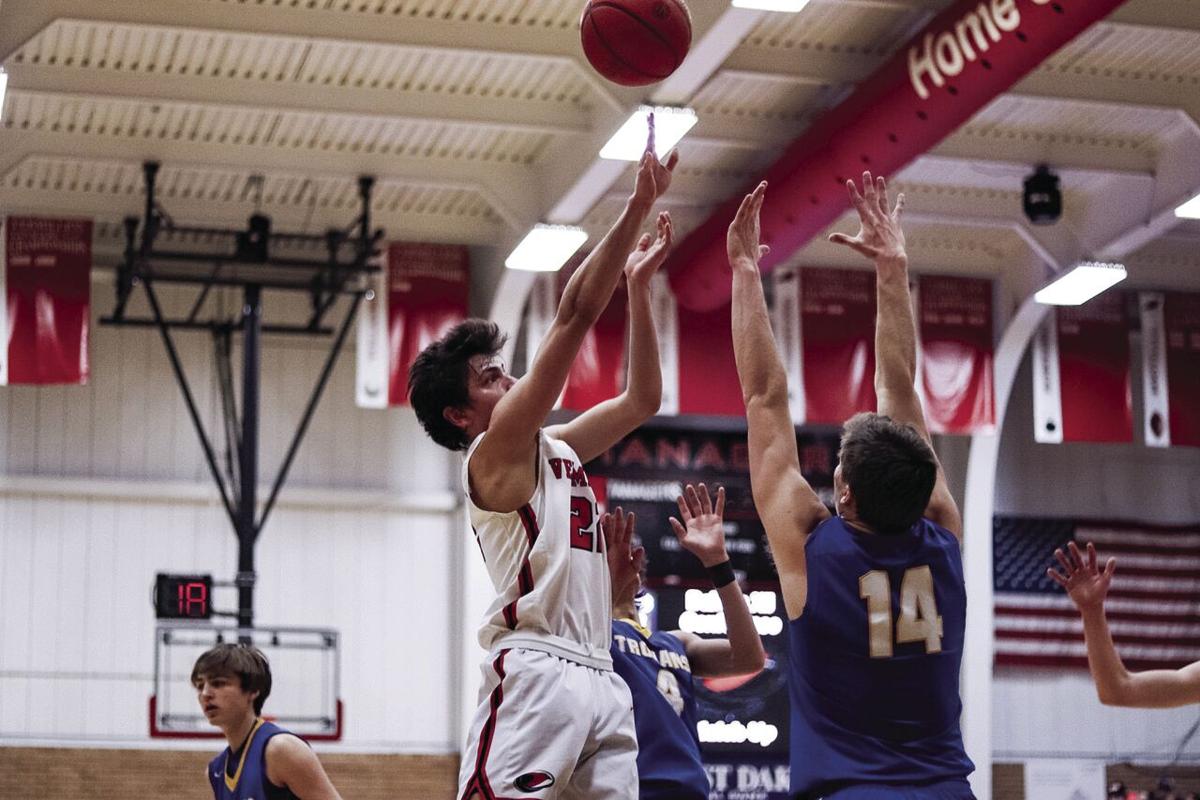 Senior Jakob Dobney shoots a jumper over the defender last Tuesday against West Central at home. 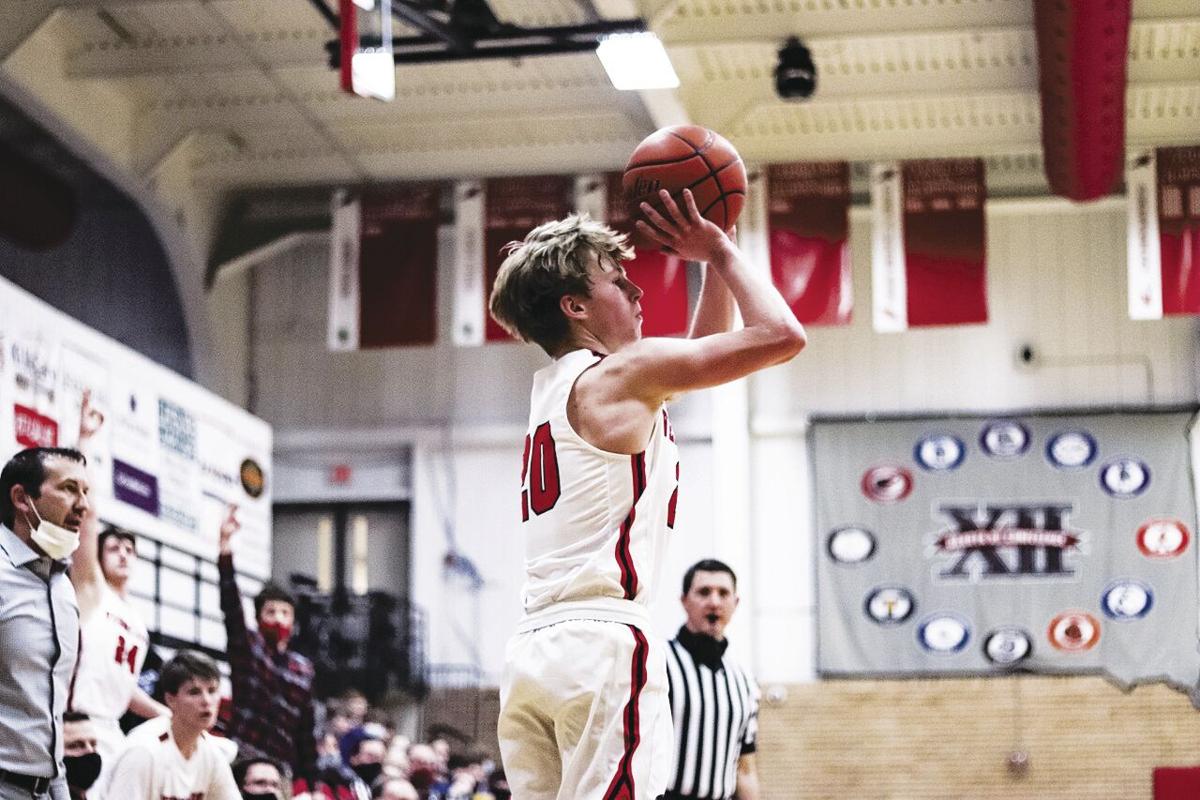 Senior Jakob Dobney shoots a jumper over the defender last Tuesday against West Central at home.

Vermillion basketball hosted the West Central Trojans last Tuesday for a doubleheader. The girls lost 66-71, and the boys won 54-42.

In the girls’ varsity game, the opponents took an early 8-point lead and kept the Tanagers down 12-20 after the first quarter.

Vermillion battled in the second to take a 1-point lead going into the half, 27-26. In the third, the Tanagers had their largest lead by six. Vermillion was up 46-44 with one quarter to go.

West Central regained momentum in the fourth to outscore Vermillion by seven. The Tanagers ended with the 66-71 loss to the Trojans.

“I think the biggest thing we learned against West Central was how aggressive we need to be in order to win those types of games,” said Vermillion girls head coach Jon Brooks. “We weren't quite ready for their physicality in the first quarter but really responded after that for the rest of the game. I was happy with our offensive execution and was good to see some kids shoot it well.”

In the boys’ game, Vermillion took a 7-point lead in the first, up 19-12. West Central narrowed their deficit to five in the second quarter. The Tanagers were ahead 27-22 at the half.

Vermillion pulled ahead in the third quarter, 41-32. In the fourth, Tanagers captured their largest lead of the night by 15 and finished with the 54-42 win.

“We have to continue to improve in all areas as a team,” said Vermillion boys head coach Jay Drake. “We still have eight regular season games to prepare us for the postseason, and we have to be a better team at the end of February than we are right now to give us a chance to have some postseason success. We play in a very tough region, and we need to keep improving."

For the Trojans, senior Derek Eidsness had 15 points, and senior Kasan Abedi had 10.

The Tanagers host another doubleheader Tuesday against Dakota Valley. The girls’ varsity game begins at 6:30 p.m. The boys follow at 8.