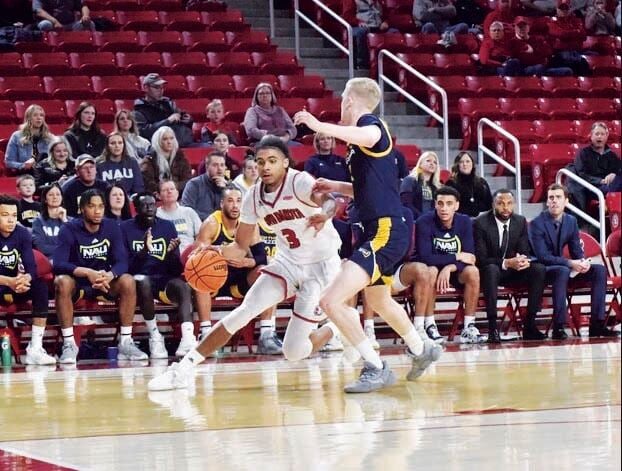 USD guard Xavier Fuller drives to the paint against a Northern Arizona defender during Saturday’s game inside the Sanford Coyote Sports Center. 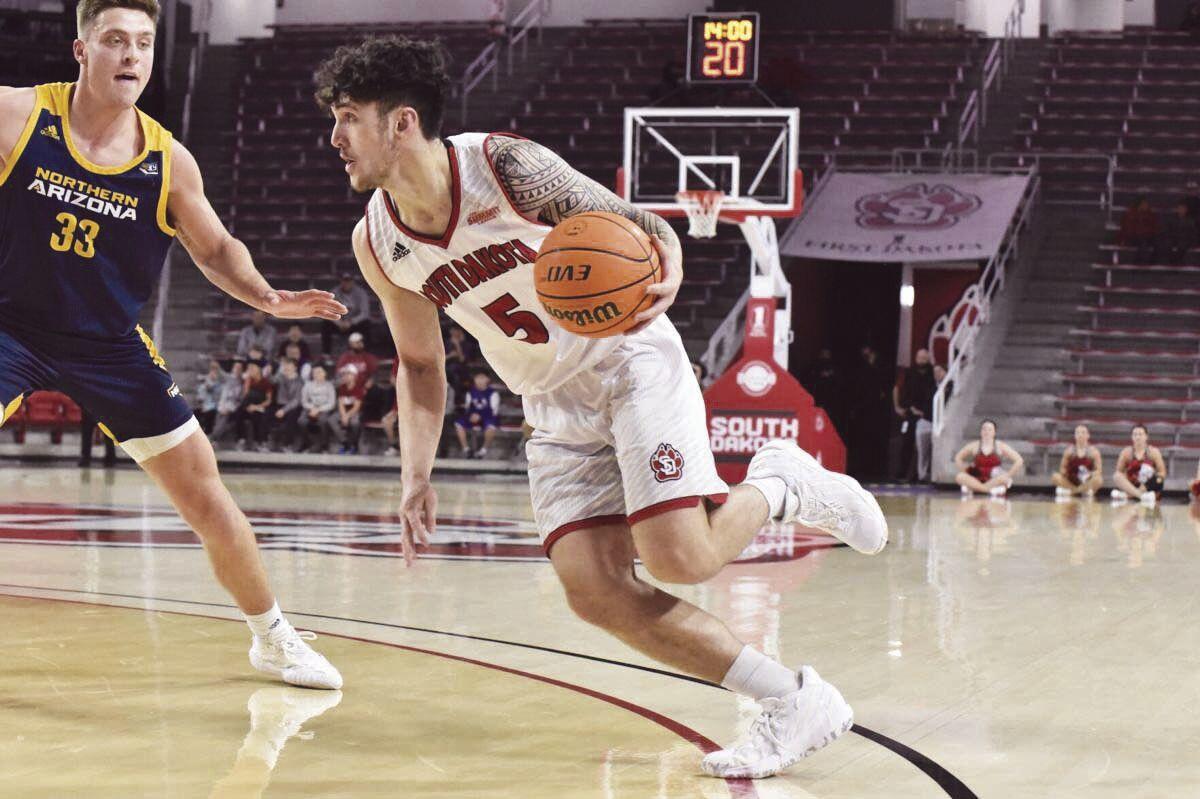 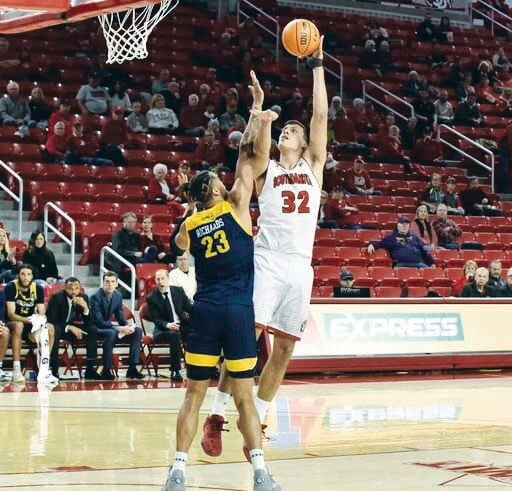 USD forward Nikola Zizic goes up and over a Lumberjack defender in the Coyotes’ game against Northern Arizona Saturday in the Sanford Coyote Sports Center.

USD guard Xavier Fuller drives to the paint against a Northern Arizona defender during Saturday’s game inside the Sanford Coyote Sports Center.

USD forward Nikola Zizic goes up and over a Lumberjack defender in the Coyotes’ game against Northern Arizona Saturday in the Sanford Coyote Sports Center.

VERMILLION – With the game tied at 60 and headed to overtime, the University of South Dakota Coyotes men’s basketball team knew someone had to step up if they were going to pull out a win over the visiting Northern Arizona Lumberjacks.

Xavier Fuller became that player, scoring six of the team’s 16 overtime points, including the only two made baskets for the Coyotes in the period, to lead USD to a 76-71 overtime win Saturday afternoon inside the Sanford Coyote Sports Center in Vermillion. Mason Archambault added five overtime points, all from the free-throw line.

“You don’t want to run stuff for guys late in the game who don’t make free throws,” USD head coach Todd Lee said. “We have a lot of guys who can knock down free throws so we can attack matchups we like depending on who’s out there for them.”

“He’s been disappointed with how he’s played and I’m just happy to see him make shots at the end because that’s the guy we can go to at the end of the game,” Lee said.

The Coyotes got the ball moving offensively early, making 8 of their first 16 shots to build a nine point advantage 18-9. The lead quickly dissipated as Northern Arizona tied the game at 22 with 2:43 to play in the first half. Hunter Goodrick converted a layup with 1:41 to play to score the only basket of the final 2:40 of the half.

The Coyotes held a 24-22 lead at the intermission, in large part to eight first half points from Xavier Fuller.

Mason Archambault started to get going offensively in the second half after a struggling to shoot in the first half. Archambault finished with 18 points and 10 rebounds on the night.

“He’s been playing really well, and he’s the one chasing Cone around around all night and he gets 18 and 10,” Lee said. “He’s been guarding, didn’t shoot the ball well in the first half, did in the second. But I can’t think of a game he hasn’t played well lately.”

The second half also saw the emergence of Cole, who tallied 33 points, including the three-pointer with 2.5 seconds on the clock to force overtime. Cole managed two points in overtime as the Coyotes worked to double him and force him into bad shots.

“We doubled him, we started to what we call blitz the hand-offs in ball screens, especially in overtime,” Lee said. “...We did mix up over coverages and then you’ve got to rotate because a lot of times they had four other shooters on the floor.”

“Last year at the middle of the year, he (Kamateros) kind of struggled,” Lee said. “At the end of the year last year, the last eight game or so, he was shooting the three at a high level and that opens it up for everybody else.”

Hunter Goodrick was held in check on the offensive end, but added 10 rebounds and five assists. Kruz Perrott-Hunt and Nikola Zizic added eight points each.

The Coyotes conclude their non-conference against Bellarmine Wednesday at 7 p.m. inside the Sanford Coyote Sports Center.