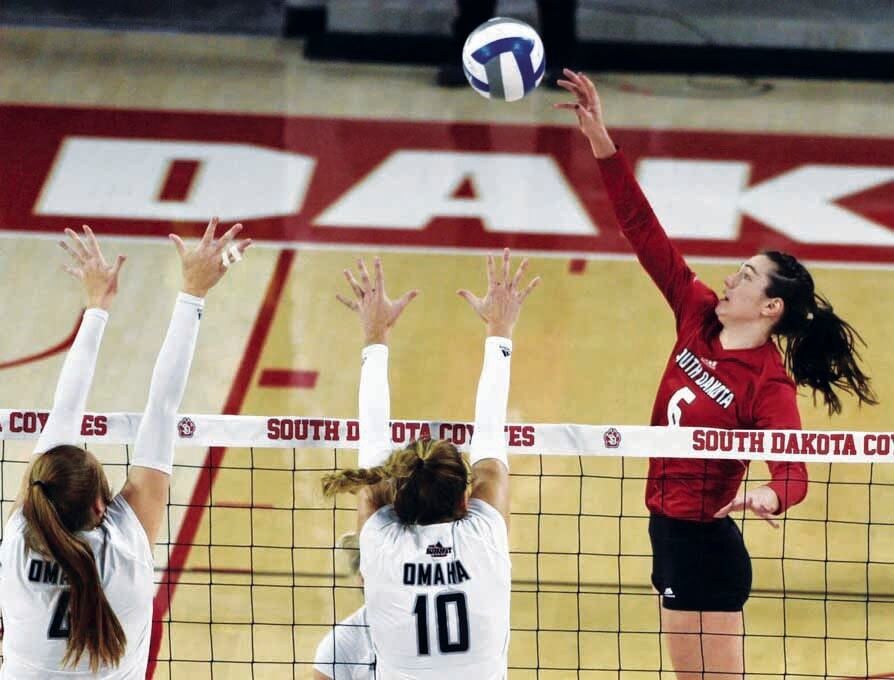 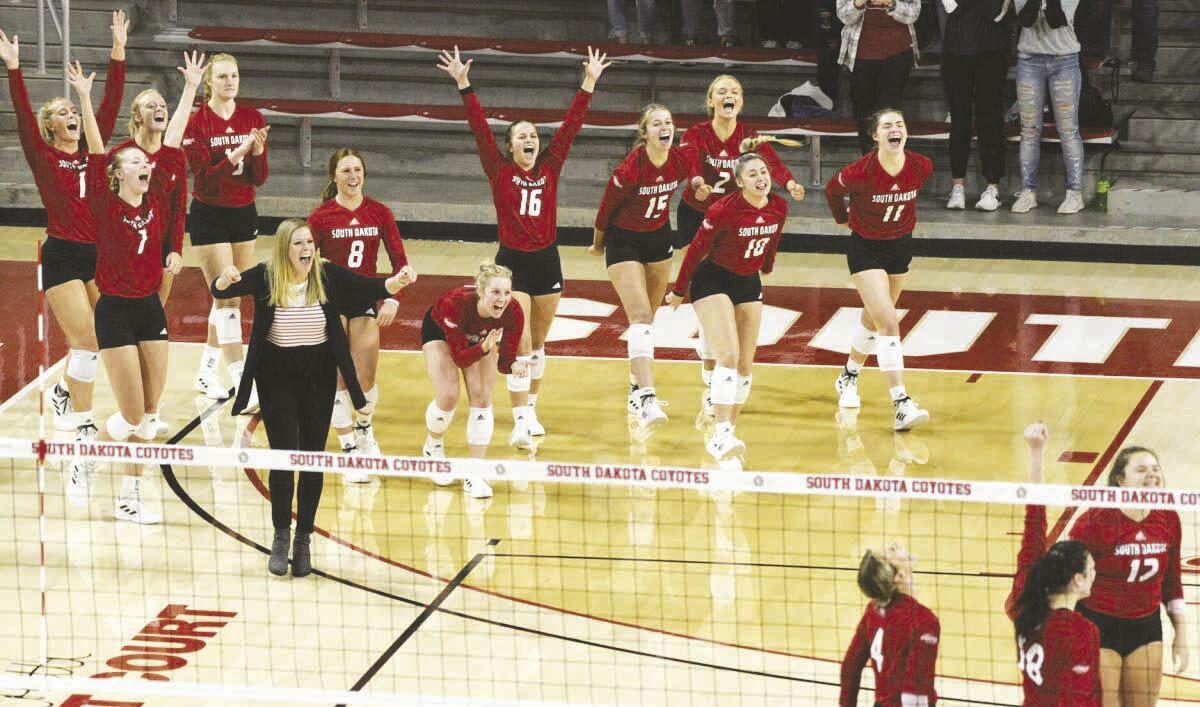 The South Dakota bench reacts to winning the opening set during the Coyotes' Summit League volleyball match against Omaha, Sunday at the Sanford Coyote Sports Center.

The South Dakota bench reacts to winning the opening set during the Coyotes' Summit League volleyball match against Omaha, Sunday at the Sanford Coyote Sports Center.

“Up until now, we felt like we were in a good spot where we control our own destiny,” USD head coach Leanne Williamson said. “Thursday, we had a letdown from the second set there, but I felt like overall, we played to win, we played with the idea of going in and earning your points and playing not to lose. Tonight, there was a little bit of a switch with that.”

The Coyotes fell behind early in the first and second sets, before rallying to make things even. The Mavericks led 11-6 in set one, but USD rallied to get within one at 16-15. Set one took extra points, but the Coyotes prevailed 27-25.

In the second set, the Coyotes and Mavs were within a point of each other at 11-10 before a 4-0 Maverick run. USD called a timeout moments later as they trailed 18-11 and burned their second trailing 22-14. Omaha won the second set 25-15.

“I think the first set, we finished really well,” senior Madison Jurgens said. “I wouldn’t say we consistently played well in the first set. I think they pushed us in the beginning of the second set and we let that dictate the rest of the set.”

The third and fourth sets were back-and-forth with the Coyotes and Mavs tying 13 times and exchanging leads seven times in the third set. The Mavericks held a slim lead most of the final set, prevailing to win the match.

“From that point on, we weren’t very clean in serve and pass,” Jurgens said. “We had a lot of serving errors, a lot of out of sync serve-receive. I think we just let them push us and we didn’t really have a fight back.”

The Coyotes now go on the road to finish the regular season at the two North Dakota schools with the possibility of a top two seeds on the line.

“We have two more opportunities to go 1-0, which is obviously our goal every single day,” Williamson said. “We have to capitalize on that so that we’re the best team that we can be come the conference tournament.”