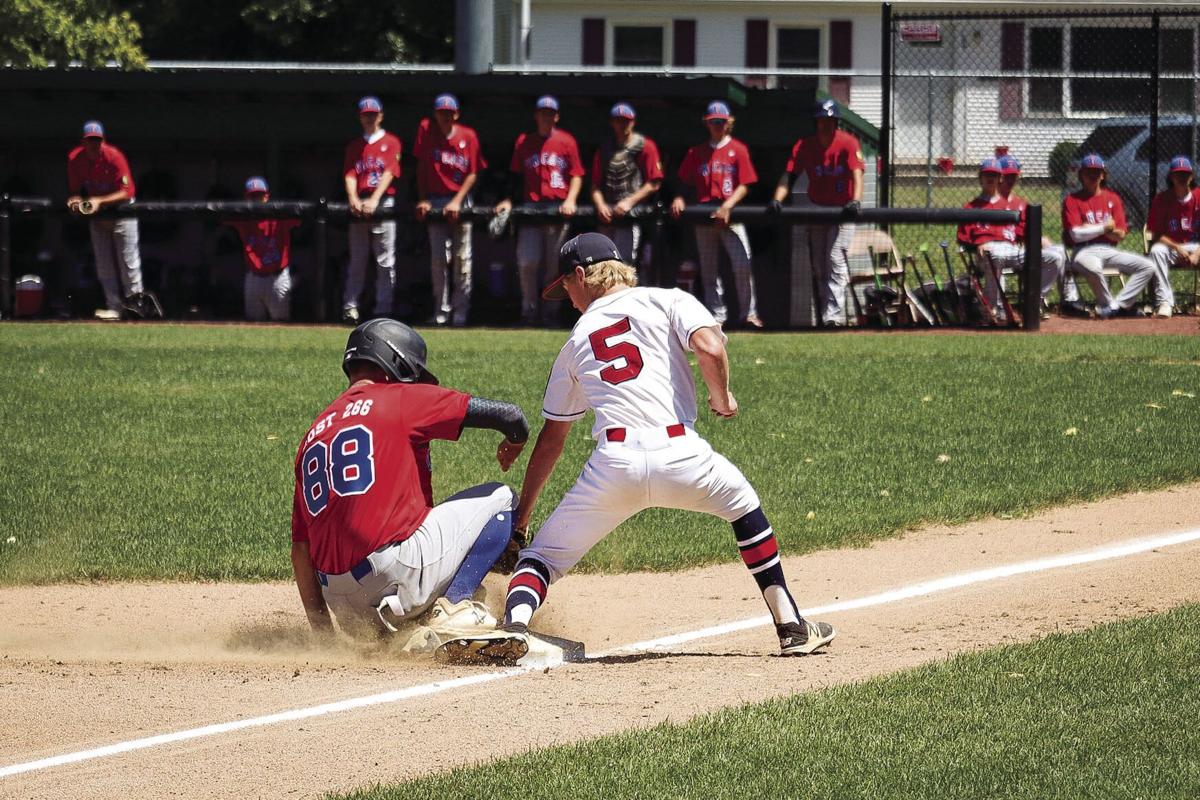 Connor Saunders looks to tag the out at third in game 1 against Tea last Saturday at home. 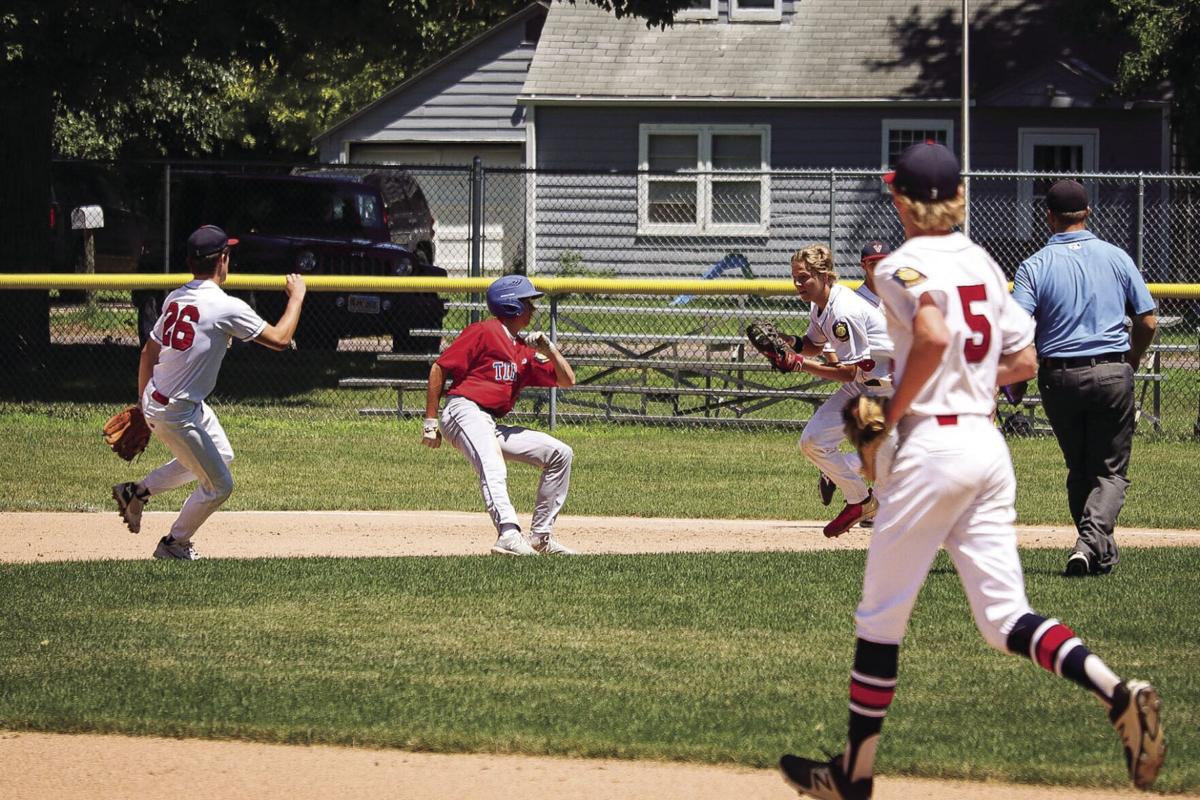 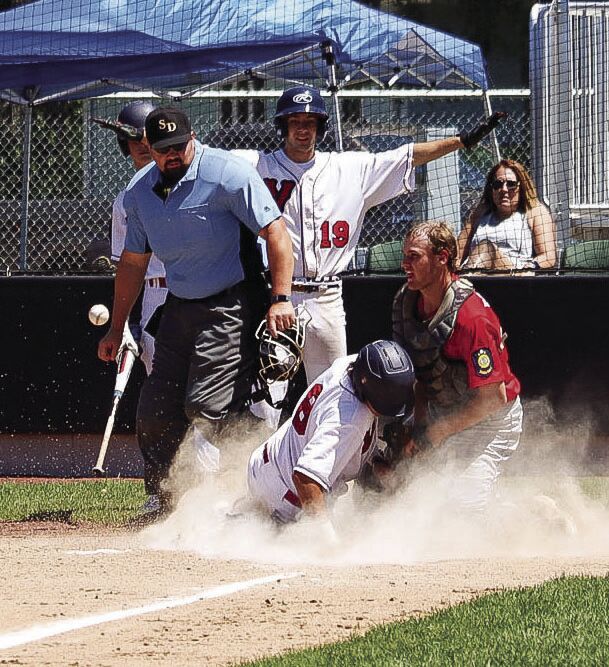 Connor Saunders looks to tag the out at third in game 1 against Tea last Saturday at home.

“Against Tea, we have to go in with a chip on our shoulder, remember what happened last time and take care of business,” said Willis Robertson.

Vermillion went 2-0 on the day, improving their record against Tea to 3-1 this summer.

In game 1, Post 1 gained momentum early as they pulled ahead 5-1 in the second inning. The home team increased their lead by one in the fourth inning.

Tea added four runs in the fifth to narrow their deficit, but Vermillion held them to five while scoring two in the sixth to win 8-5.

Post 1 had six hits and three errors in game 1 of the doubleheader. Tea had seven hits and two errors.

On the mound, Drew Thelen pitched the first four innings, and Gray Peterson threw the final three. Drew Thelen recorded seven strikeouts, and Peterson had one.

At bat, Drew Thelen had the game-high five RBIs. Three were tallied from one hit in the second inning.

In game 2, Vermillion shutout Tea for the 6-0 win.

Post 1 consistently scored two runs in the first and second inning. While maintaining solid defense, Vermillion added one run to their score in the third and fifth inning to win 6-0.

Vermillion had nine hits and one error in the second game versus Tea. The opponents tallied three hits and three errors.

On defense, Dylan Thelen was on the mound for four innings, and Peterson for three. Dylan Thelen recorded the game-high five strikeouts for game 2.

From the plate, Dylan Thelen and Jacob Chaussee each had one RBI and two hits.

Post 1 will play a doubleheader at home Monday against Tabor at 6 p.m. and 8 p.m.