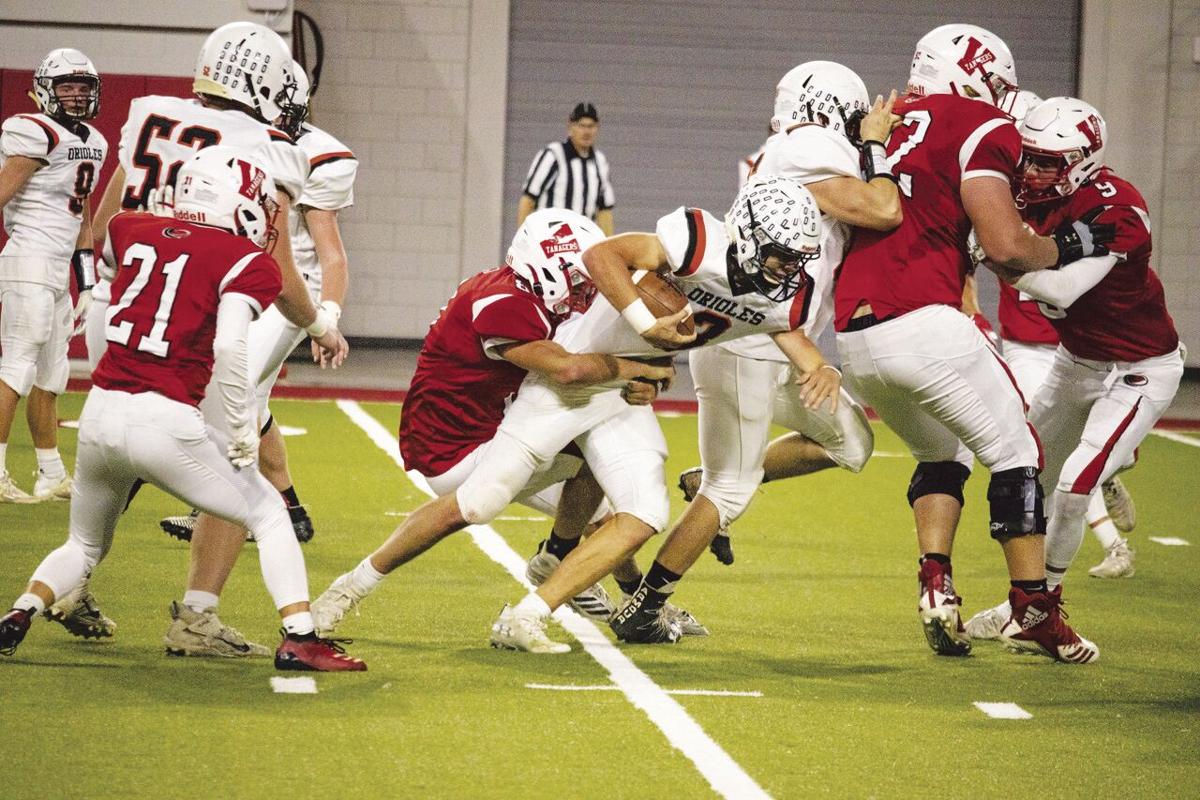 Senior Tyson Hage tallies a tackle against Lennox in the 20-25 loss last Thursday in the DakotaDome. 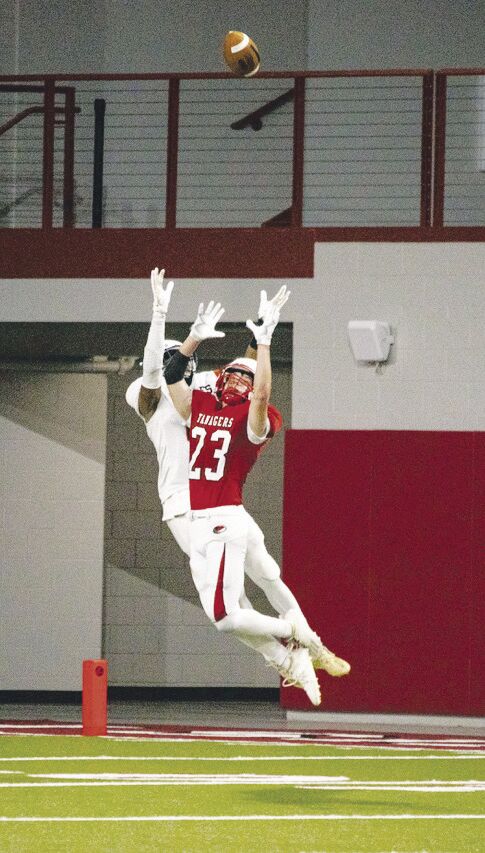 Junior Reece Proefrock reaches for the interception versus Lennox. Vermillion lost the 20-25 last Thursday in the DakotaDome.

Senior Tyson Hage tallies a tackle against Lennox in the 20-25 loss last Thursday in the DakotaDome.

Junior Reece Proefrock reaches for the interception versus Lennox. Vermillion lost the 20-25 last Thursday in the DakotaDome.

Vermillion High School football played Lennox in their final game of the season at home last Thursday. The Tanagers lost 20-25 to the Orioles.

“The boys played hard the whole night,” said Vermillion head coach Andy Homan. “They never gave up. It was a tough loss to a good team that was just like us this year, losing close games.”

The Tanagers were off to a quick lead, scoring in the first 33 seconds of the game.

Lennox responded with a touchdown with 3:34 left in the first quarter.

In the second quarter, the Orioles converted a Vermillion fumble into a scoring opportunity on offense. The Tanagers were down 7-12 after the opponents missed the 2-point conversion.

The Orioles stripped the ball on Vermillion’s next possession. Lennox capitalized to put Vermillion down 7-18 with 10:53 left in the half. Vermillion’s senior Bryce Stockwell blocked the extra point.

The Tanagers fell behind 7-25 with less than three minutes remaining in the first half. Vermillion junior quarterback Charlie Ward threw a touchdown pass to senior Connor Saunders with 2:03 on the clock. The Tanagers ended the half down 14-25.

Vermillion lessened the deficit in the third quarter, scoring six. Vermillion was behind 20-25 entering the fourth.

The score remained unchanged throughout the fourth quarter, ending Vermillion’s season 2-6 with the 20-25 loss to Lennox in the DakotaDome.

“We got better every game at the little things, and it showed with how hard our guys played,” said coach Homan. “I was also proud of how close we came together as a team this year, and there were no ‘I’ factors. Everyone wanted each other to have a great year.”

Saunders had 14 receptions for 123 yards with one receiving touchdown. Saunders also went 2-2 in PATs.

Senior John LaCognata had 15 rushing attempts for the team-high 93 yards.

On defense, Stockwell, Proefrock and junior Clayton Sorenson each had one interception.

Kratz led the Tanagers in tackles with seven solo of 11 total. Junior Nick Sorenson followed with nine, four solo. Jeremy Crowe had one forced fumble, and Saunders tallied one forced fumble and fumble recovery. Senior Tyson Hage and junior Zach Brady each had one sack.

“These guys have stuck it out through everything,” said coach Homan. “I will also miss all the laughs they brought to practice every day.”